The owners of Total Reclaim promoted themselves as responsible recyclers. A federal investigation found otherwise. 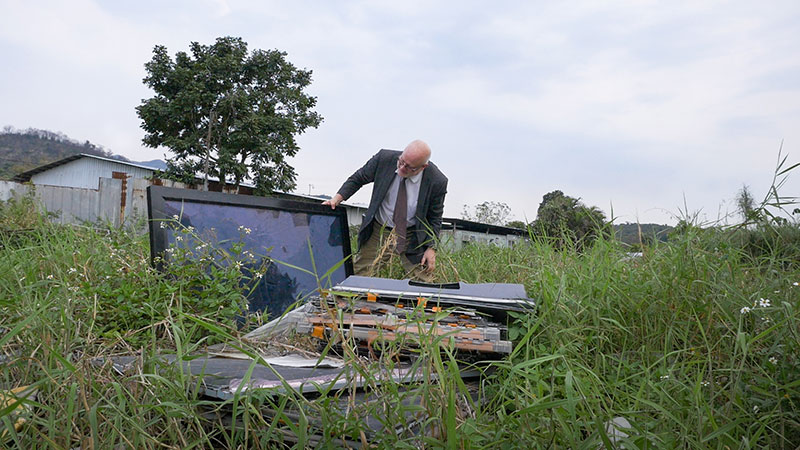 In what an industry watchdog called a message to false advertisers, a federal judge Tuesday ordered the owners of the Northwest's largest electronic waste recycler to spend more than two years in prison

Craig Lorch, 61, of Seattle, and Jeff Zirkle, 55, of Bonney Lake, and their company Total Reclaim had been leaders in electronic waste recycling. That was until a 2016 investigation by the Basel Action Network, which certifies responsible recyclers and works to limit trade in hazardous waste.

Basel Action Network used GPS trackers to follow LCD screens and found that some delivered to Total Reclaim ended up in Hong Kong, where they were being dismantled in unsafe conditions. The Seattle-based nonprofit alerted federal authorities, eventually leading to Tuesday's sentencing. Along with spending 28 months in prison, Lorch and Zirkle must pay nearly $1 million in restitution.

Jim Puckett, Basel Action Network's executive director, said his organization had previously given Total Reclaim an E-Stewards certification, which Lorch and Zirkle used to promote their business. The federal investigation found that the two had falsified documents to pass the network’s audits, Puckett said.

Among Total Reclaim’s customers was the Washington Materials Management and Financing Authority, which along with the Department of Ecology operates the state's E-Cycle Washington program, according to court filings.

"They were the poster child," Puckett said after Tuesday's sentencing hearing. "They became my friends. We helped enrich them, because every time a reporter said, 'Can you show me a good recycler?' we would point them to those guys."

Instead, according to the U.S. Attorney's Office for the Western District of Washington and the Environmental Protection Agency Criminal Investigation Division, Lorch and Zirkle from 2008 to 2016 sold millions of pounds of LCD screens to a third-party company that shipped them to Hong Kong.

It was the company’s false claim about meeting the Basel Action Network’s certification requirements that got Lorch and Zirkle in trouble. Prosecutors alleged that in emails the two claimed the LCD screens would be recycled in the U.S. and asked an associate to falsify a packing list on a shipment of the screens to Hong Kong.

In November, the two reached a deal with the government to be charged with and plead guilty to one count each of conspiracy to commit wire fraud.

Since the Basel Action Network's revelations, Lorch and Zirkle made public mea culpas that their lawyers, in court filings, said are evidence they have owned up to their mistake. The two didn't respond to requests for comment made through their lawyers, but in a January op-ed piece published in recycling trade magazines the two wrote they initially sold off LCD screens — rather than recycling them, as they told customers — as a stopgap measure. As the volume increased over nearly a decade, they never changed their practices. In court filings, they had asked for six-month prison sentences.

"As we acknowledged in a May 2016 statement admitting to this conduct, we made a very poor business decision, one driven by financial and operational considerations, which reflected a lack of mindfulness on our parts of all of the consequences which could result," Lorch and Zirkle wrote. "By taking the convenient path, we violated not only the law, but the trust of our customers and our employees."

This is the third case the Basel Action Network has successfully referred for prosecution, Puckett said.

"Hopefully they will mend their ways and hopefully this will send a message to the rest of the industry," he said Tuesday.

Along with environmental concerns, the workers who dismantle LCD screens, which contain mercury, are at risk, Puckett said. Federal prosecutors echoed that sentiment.

In one filing, prosecutors called it a "classic financial fraud."

"But this offense stands apart from the typical fraud because the greatest damage is not measured in dollars and cents," the prosecutors wrote. "Rather, it lies in the health consequences that resulted from defendants’ calculated choice to prioritize their own economic well-being over the health of faceless foreign workers.”

For more on the Basel Action Network’s two-year investigation, watch this short documentary, produced by KCTS 9 in 2016: