At Washington's Capitol, rushed budget votes and tight-lipped lawmakers have become a pattern. Some say the public loses. 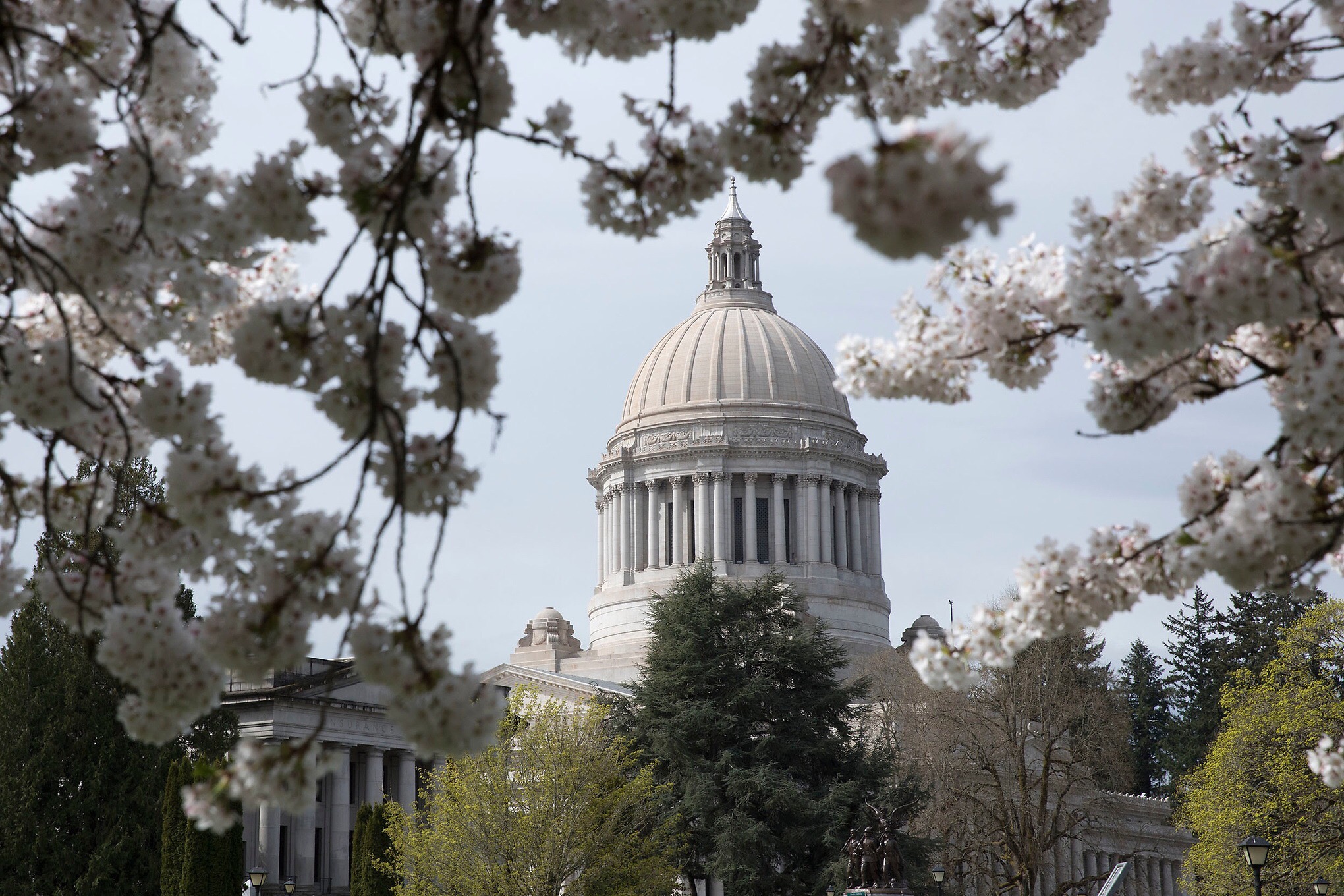 A new-two year budget is finally coming together at Washington’s Legislature. But, in keeping with the Capitol’s long-criticized culture of rushed votes and secrecy, state senators began voting on key pieces of the plan long before its details were made public.

On Thursday afternoon, leaders announced they had reached a budget deal. But they told reporters they wouldn’t discuss details of the spending plan — or the tax measures that would pay for it — until Friday or Saturday.

Then, late Thursday evening, the state Senate went ahead and voted on hundreds of millions of dollars in tax increases that would help pay for the yet-to-be unveiled budget. A key vote on a change to real-estate excise tax rates — expected to raise about $600 million over four years — happened after 11 p.m. Thursday.

At the time they took that vote, senators had not even been briefed on the agreed-upon spending plan, said Senate Majority Leader Andy Billig, D-Spokane. In other words, they voted on some of the taxes that will bankroll the final budget, without knowing in detail what the money would pay for.

Also Thursday, senators approved a tax increase on barrels of oil that is designed to pay for cleaning up toxic waste sites, as well as a plan to increase revenue by limiting a sales tax exemption for Oregon residents.

It’s highly unusual for lawmakers to vote on tax measures before releasing even the broad outlines of their final spending deal or revenue package.

Yet last-minute scrambles on budget plans have become more and more routine at the Capitol in recent years. In 2017, legislators released their final budget agreement the same day they needed to pass it to avert a partial shutdown of state government, giving the public less than 24 hours to review it. A similar time crunch occurred that year when legislators released a long-awaited overhaul of the state’s K-12 school system; they unveiled the complex plan a day before they were scheduled to adjourn.

Now, two years later, legislators are working to fix some of the issues resulting from that same rushed K-12 plan from 2017.

Ann Murphy, the president of the League of Women Voters of Washington, said she is concerned the Legislature is falling into a troublesome pattern — one that limits the ability of people to participate in the legislative process.

“We have concerns about the lack of transparency related to this,” Murphy said Friday. “We’re looking at them having been at this for, what, a 105-day session? And at almost Day 104 is when details will come up.”

That matters because “the public and other organizations that are involved need to be able to comment on these things,” she said.

“It affects the process because we don’t really know what’s in the budget yet,” Murphy said. “And when it does drop, I don’t know how many pages this one is going to be, but it’s not going to be a quick read to find specific budget items.”

The Legislature is scheduled to adjourn on Sunday. If it doesn’t, lawmakers will to have go into overtime and convene a special session. Legislators have said they plan to release their full budget Saturday, the day before they are scheduled to adjourn.

“The lack of transparency is insulting to the citizens of Washington State,” said state GOP Chairman Caleb Heimlich.

But although Republicans are in the minority now in both chambers of the Legislature, they led the Senate when budget discussions went down to the wire in several previous years, including in 2017.

Jessica Vavrus, director of government relations at the Washington State School Directors Association, said figuring out how school-policy bills affect all of the state’s 295 districts can be close to impossible when there are only two days or fewer to review last-minute changes. That was a challenge not only with lawmakers’ school-funding overhaul in 2017, but also last year, she said.

“I don’t think there is enough time when there are so many moving parts,” Vavrus said.

House Democratic leaders also held a series of overnight tax votes this week, though they did so after some general information about the budget deal had become public. Between midnight Friday and about 5:30 a.m. Saturday, the House passed two changes to business and occupation taxes, as well as a bill that would increase how much money school districts can raise through local property-tax levies.

The full text of the House and Senate's agreed-upon budget wasn't expected to be available until hours later.

Billig, the Senate majority leader, said Senate leaders had no intention this year of passing important bills at night or in secret. He noted that the graduated real-estate excise tax bill the Senate passed Thursday night, Senate Bill 5998, was amended only somewhat compared with an earlier version heard in committee.

Billig said he is considering ways to avoid those types of time crunches at the end of the legislative session, including changing deadlines for policy bills to pass. Moving those deadlines up earlier in the session could potentially leave more time for budget negotiations, he said.

As things stand today, “It is such an incredibly tight timeline, and it’s hard,” Billig said.

In the meantime, those who are watching the legislative process closely expect a busy weekend poring over hundreds of pages of budget documents.

“We all know how we’ll spend our Saturday night,” Murphy said.