From dust to dirt: Human composting is coming to WA

Washington residents will win the right to convert their remains into soil in 2020. Here's how it might work. 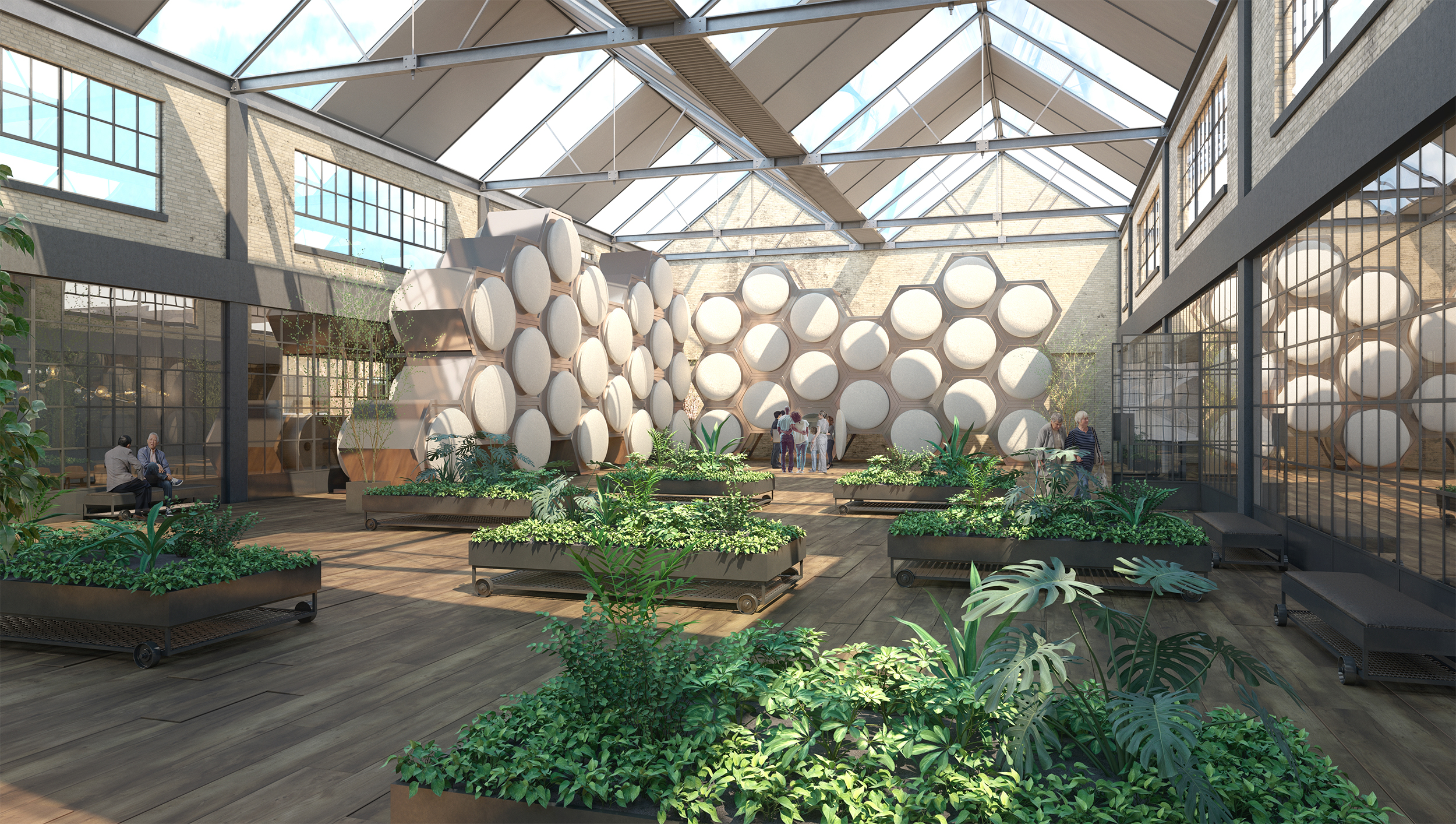 An artist's rendering of a future Recompose facility. (Rendering courtesy of Recompose)

Humans have invented creative and meaningful ways to bid farewell to their bodies for centuries. Vikings sent off their dead on flaming, floating pyres, while Tibetan sky burials involved placing bodies ceremonially on a high peak, where animals could finish off the remains. More recent methods allow bones left over after cremation to be used for reef restoration, and ashes can be shot into space.

Currently, cremation and burial remain the only legal final destinations for corpses in Washington. But Washingtonians soon can also opt for “recomposition” — a process that essentially recycles the human body’s nutrients and turns them into compost.

When Gov. Jay Inslee signs it into law on May 1, Washingtonians starting in May 2020 will be the first in the nation to have the choice to get their bodies “recomposed” after death. Katrina Spade, the method’s founder and key supporter, and her team at Recompose hope to open the first facility offering these services soon after. Spade says the company is currently looking at locations in SoDo.

The law has been a long time coming. Attempts to legalize alternatives to burial or cremation, such as alkaline hydrolysis (basically cremation via hot, chemical-filled water instead of fire inside a pressurized vessel), have been proposed and shot down in Washington Legislature for the past two years. But this year the bill also included recomposition (or “natural organic reduction,” as phrased in the bill) — the term Spade uses to describe the process of turning human remains into soil.

“I think lawmakers were familiar with the bringing of a new death care option to Washington because they'd heard about it for the past two years around alkaline hydrolysis,” she says. “With natural organic reduction, we spent a lot of time talking to legislators to really try to explain the process.”

Sen. Jamie Pedersen, D-Seattle, has been the primary sponsor on each of the three subsequent alternative decomposition bills since the first attempt in 2017. He says the first bill legalizing alkaline hydrolysis failed after pushback from the Catholic Church and the then-Republican-controlled Senate. The Senate's Labor and Commerce Committee Chair at the time, Michael Baumgartner, chose not to bring it to a vote. This year, Democratic control of the Senate helped get the issue in front of legislators. Pedersen says that with proper education on the process, recomposition became less foreign.

“I think when people hear ‘composting,’ their vision is that you’re going to dump a bunch of bodies out in a pile in the backyard and throw some food scraps on top of it, cover it up and let it rot,” he says. “But of course that’s not the process.”

The recomposition process instead goes like this: A body is put into a reusable vessel with organic materials like wood chips, hay and alfalfa. It’s then heated by a stream of warm air and, over the course of 30 days, the chemical reactions within the vessel produce enough heat to break down the body into soil (bones included).

The People’s Memorial Association, a funeral choice advocacy organization in Washington, has long backed alternatives to existing burial practices and has supported new forms of decomposition since the 2017 introduction of the alkaline hydrolysis proposal to the state Legislature. Nora Menkin, executive director of the People’s Memorial Association, says that since the bill’s passage, the organization already has received calls from individuals eager to learn more.

“The more options that are available, the more often families can find services that are meaningful to them,” Menkin says, “especially since the traditional options of cremation and burial aren’t the most eco-friendly.”

Spade calls the language in this bill “the most progressive in the country.” Washington surpasses other states by legalizing a composting process beyond alkaline hydrolysis, which is legal for human remains in 19 states, starting with Minnesota in 2003. It’s been available longer for pets in Washington through pet funeral homes like Seattle-based Resting Waters, as animal remains aren’t as heavily regulated as those of humans. Emily Albrecht, Recompose attorney and general legal counsel, says more intensive regulation has historically limited human death care options.

“The laws around human disposition are kind of quirky in that they’re governed by state and federal law,” she says.

There’s no specific law that makes alternative forms of decomposition illegal. The process of alkaline hydrolysis, for example, was patented in the 19th century and has long been used for animal corpses. UCLA’s medical school used it to decompose cadavers prior to 2017, when California officially legalized the process for everyone else. But while the technology already existed, Albrecht says the many regulations surrounding human remains made statewide legalization necessary to allow for widespread use. Discrepancies in federal and state regulations meant people or organizations pursuing alternatives could risk being charged with a misdemeanor or a fine.

“It was not legal, but [also] not not legal,” Albrecht says. “This bill will clarify and expressly legalize it. It essentially makes it a new form of disposition.”

Albrecht thinks this bill benefited from more buzz and loud advocacy in favor of it from groups like the People’s Memorial Association, which might have led to a better-informed legislature. But there is also evidence Washingtonians have more accepting attitudes toward alternative forms of decomposition. Experts point to the state’s long tradition of noncasket burials: While the average rate of cremation nationwide is about 50 percent, Washington boasts the highest rate of cremation in the country, at 77 percent, according to a 2017 report. Spade says that in her experience, the interest in cremation is often connected to a belief that it’s a simpler, more environmentally friendly alternative to casket burials.

“What if instead they were able to choose something that was truly more environmentally friendly, [that] has a carbon savings of over a metric ton [over casket burials]?” Spade says. “And [it] lets us go back to the earth quite naturally, lets us be productive one final time with whatever nutrients we have left in our body after we die.”

Jeff Jorgenson, the founder of Elemental Cremation & Burial, has been offering alkaline hydrolysis services to Washingtonians in addition to burials and cremation since September of last year. Since the process requires him to transport bodies out of state, he had considered holding off after he learned of the bill from Spade, but decided to go ahead anyway because of customer interest, he said. After partnering with an alkaline hydrolysis service provider in Oregon, Elemental began driving bodies to the site and back. Once they’re able to perform the service in-state, Jorgenson says Elemental will stop their Oregon partnership, with hopes of getting more local interest by keeping services in state. He only wishes it’d been available sooner.

“[Alkaline hydrolysis] is better than cremation, period. It is a superior service and technology — you can’t even compare them,” he says. “We kind of have egg on our face that, as a green progressive state, we’re late to the game.”

Most important for Spade, the new choices don’t negate the old — they’re just more ways to deal with the body after death. She hopes to bring recomposition to more states in the future, as well as potentially licensing her process to funeral homes and other organizations.

“By the time we came to the sessions, I think that most people were familiar enough with the options,” Spade says. “They were making a decision based on what their constituents seemed to want, which was, really, what it boiled down to was just more choices around the end of life.”