International bike expert's advice to Seattle: 'Make it difficult for people to drive'

Author Peter Walker has researched bike infrastructure around the world — he says Seattle's has some glaring gaps. 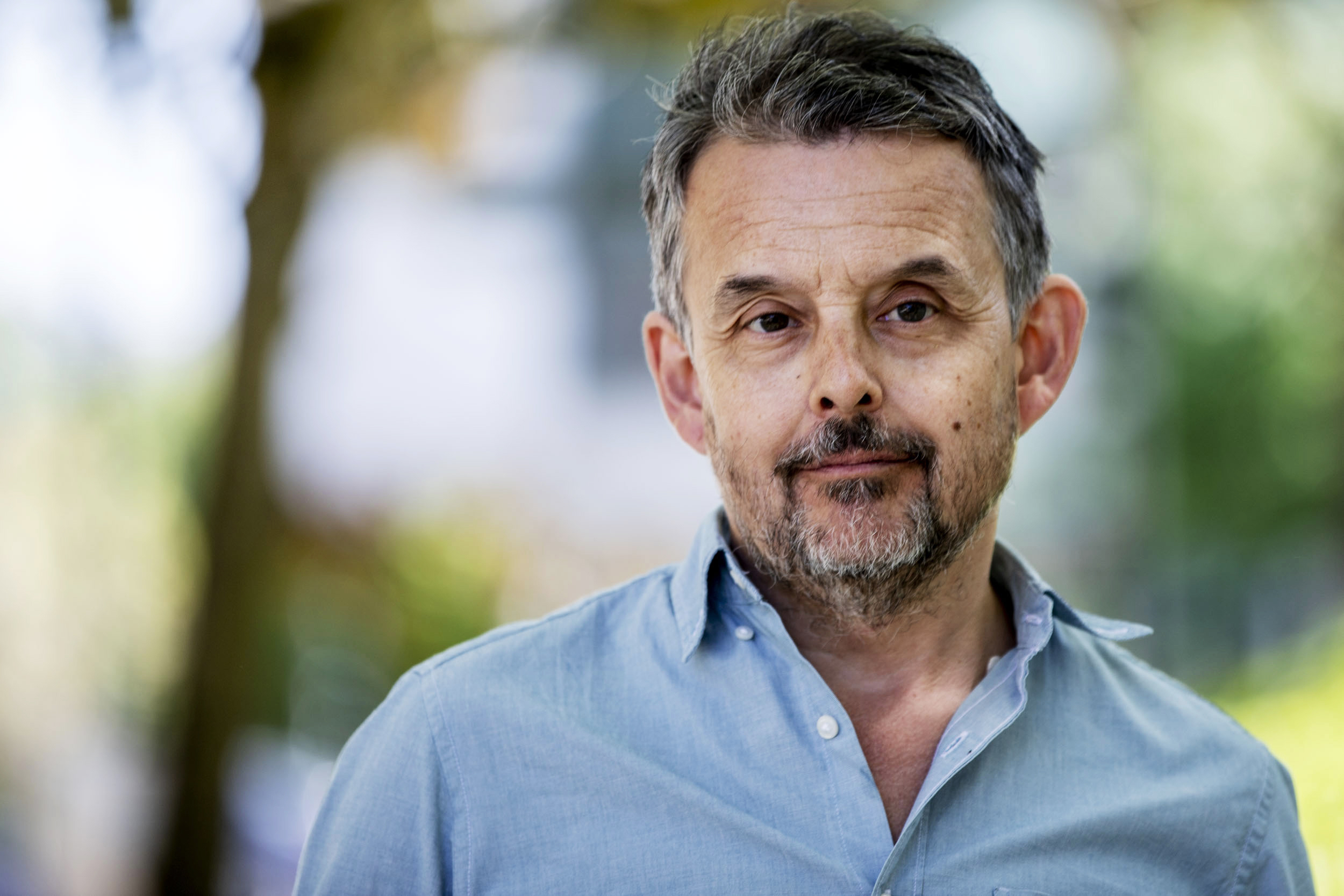 Peter Walker in Seattle on May 7, 2019. Walker is a journalist at The Guardian and author of the book How Cycling Can Save the World. (Photo by Dorothy Edwards/Crosscut)

Peter Walker knows a good bike city when he sees one. And Seattle doesn’t meet the mark.

Walker, who made his first visit to the city this week, saw some positive things during his rides around Seattle. The Second Avenue protected bike lane, the Burke-Gilman Trail and the network of neighborhood routes called greenways made an impression. “The bits which are good really are good. They've been very thought out,” he said.

But, he continued, “There's just lots of gaps. There are bike lanes going in different directions quite often, then there's nothing. … The gaps here almost [seem] arbitrary.”

Walker is a political reporter at The Guardian in London, co-editor of the newspaper’s bike blog, and author of the book How Cycling Can Save the World. His book chronicles the success cities such as Utrecht in the Netherlands; Copenhagen, Denmark; and Seville, Spain, have had by investing in bike infrastructure, the lessons those places hold for Britain and the U.S. and how he thinks cycling can positively impact public health and environmental problems.

Walker was in Seattle to keynote Cascade Bicycle Club’s annual fundraising breakfast. While he was in town, I sat down with him to get his thoughts on Seattle’s bikeability, the parallels he sees between here and London, and what Seattle might learn from the world’s best bike cities.

London made headlines in 2010 for creating so-called cycling superhighways, bright blue bike lanes painted on thoroughfares heading north-south and east-west through the city. Though it was seen as a big gesture from then-Mayor Boris Johnson, Walker said the paint did little to improve safety or change the fact that most of London’s bicyclists were men on sporty bikes willing to brave intimidating traffic.

A few years later, in the wake of several fatal crashes and criticisms that paint-only lanes added a false sense of security without any real safety benefit, London added raised curbs to physically separate car traffic from bike traffic. Walker said along those routes the number of cyclists has increased significantly and who rides there has diversified slightly. But cycling still accounts for only about 2 percent of all trips taken citywide. Walker said that can be explained in part by London not continuing to build out its network of protected bike lanes at the same pace.

“Progress has definitely slowed,” he said. “The current mayor [Sadiq Khan] talks the talk and he's very conscious of the PR of it. But he’s a bit addicted to consultation, so the process is very much slowed down. It almost feels like London needs another kind of injection of energy to get it all going again.”

Seattle was lauded nationally for building the Second Avenue protected bike lane in 2014, along with the Broadway and Westlake protected lanes in 2013 and 2016, respectively. By American standards, these lanes are top notch, with plastic poles, planters and curbs separating them from car lanes. Ridership in the Second Avenue bike lane, which has since been extended north through Belltown, has increased 400 percent from when it was just a painted lane. But citywide only about 2.8 percent of workers commute by bike.

Recently, Seattle’s progress has slowed as well. In late March, the Seattle Department of Transportation rolled out of a scaled-back work plan for building out the Bicycle Master Plan. The city presents it as a more achievable set of goals based on cost and time. Many advocates see it as a sign that the city is deprioritizing bicycling.

The work plan came on the heels of Mayor Jenny Durkan’s announcement that plans for protected bike lanes on 35th Avenue Northeast in Wedgewood were off the table. Last year, the city also tabled plans to build another protected bike lane through downtown, on Fourth Avenue.

The slow progress has led Seattle to slip among bike-friendly American cities. National nonprofit PeopleForBikes released its second annual ranking of America’s best bike cities this week. Seattle slots in at 68th place with a score of 2.3 out of a possible 5. The rankings factor in how fast cities are making progress on bike infrastructure and, on that front, PeopleForBikes scored Seattle a paltry 0.7 out of 5.

Walker said the fact that ridership has grown in London and Seattle’s spotty bits of good bike infrastructure are evidence of a phenomenon that, if you build it, they will come ride. Cities such as Seville and Utrecht, by contrast, are nearly proof of it.

In 2006, Seville had just 7 miles of bike lanes throughout the city. In 2007 alone, the city built 40 miles of connected, protected bike lanes. Over the following six years, city leaders added 46 more miles to the network. There wasn’t an overnight explosion of bicycling, but the number of riders grew steadily over time. A 2015 audit found that the number of rides increased from 6,000 a day before the build-out to more than 70,000 per day.

“The more [bike lanes get built], the more it's going to happen because people see that they are massively used and massively popular and thus it becomes politically easy to build them,” said Walker.

In Utrecht, more than half the residents use a bike as their primary mode of transportation. There are nearly 250 miles of bike lanes throughout the city of about 1.2 million people. Streets are designed to be driven slower than 20 miles per hour and there are large signs declaring “cars are guests,” a reminder to drivers that bikes and pedestrians take priority.

That is, of course, a very far cry from Seattle. But Walker said the important thing to remember is that the Netherlands’ bike infrastructure wasn’t an inevitability. In the mid-20th century, the Netherlands was on a similar trajectory as the U.S. and U.K., building out roads and highways and seeing a rise in fatal traffic crashes. In 1971, there were 3,300 fatal crashes in the Netherlands, including 400 involving children. Activists in Amsterdam started the Stop de Kindermoord campaign, which translates to “stop the child murder.” The grassroots activism blossomed into a mass movement and helped reshape streets in Dutch cities.

“I asked the head of the Dutch Cyclists Union, ‘If you were British, where would you start?’” said Walker. “And she said, ‘Well, I'd start in 1975.’ She was basically saying it's not magic. It’s just 30 or 40 years of effort and incremental change.”

Walker thinks the case for bicycling is too strong to not gain real momentum in Seattle and other American cities. He notes that it addresses public health issues involving inactivity and pollution. And while electric vehicles are more environmentally friendly than their fossil-fuel burning counterparts, they do nothing to address congestion.

“It's easy for me to theorize about it because I don't actually have to be the politician doing it,” Walker said. “But my advice is you have to make it much more difficult for people to drive cars. And if you have a city like this, where there's wide streets everywhere, that is quite difficult. But you basically have to humanize the city.”