Both the Arlene’s Flowers and Masterpiece Cakeshop court battles involve business owners who wouldn't serve same-sex couples. But the legal underpinnings are quite different. 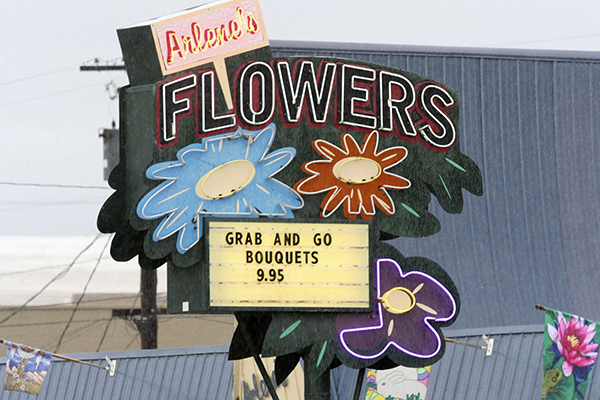 In this 2013 file photograph, Arlene's Flowers is seen on Lee Boulevard in Richland, Washington. The Washington Supreme Court on June 6, 2019, ruled state courts did not act with religious animus when they ruled that the Richland florist broke the state's anti-discrimination law by refusing on religious grounds to provide flowers for the wedding of a gay couple. (Photo by Bob Brawdy/The Tri-City Herald via AP)

On a surface level, the court cases are strikingly similar. In Washington, a florist declined to provide flowers for a same-sex couple’s wedding in 2013, citing her belief that marriage should be between a man and a woman. The year before, a baker in Colorado cited his Christian faith as the reason he couldn’t provide a wedding cake for a gay couple. In both instances, the couples claimed violations of state anti-discrimination laws; both times, the florist and baker said they were exercising their constitutional right to religious freedom.

Each case proceeded through lower courts, with judges ruling in favor of the gay couples who were denied services.

Then, last year, the U.S. Supreme Court sided with the cake baker in a 7-2 ruling in the Colorado case, known as Masterpiece Cakeshop v. Colorado Civil Rights Commission. After that, the nation’s highest court returned the florist case to the Washington State Supreme Court, asking the lower court to review its earlier ruling and decide whether it must reverse it in light of the Masterpiece Cakeshop decision.

On Thursday, Washington’s nine justices gave their unanimous answer: Thanks for the note, but we think we got it right the first time.

It’s a decision that didn’t surprise legal experts, who say that the Washington case — filed against Barronelle Stutzman, the owner of Arlene’s Flowers in Richland — has less in common with the Colorado case than it might appear at first glance.

In that case, the U.S. Supreme Court sided with Jack Phillips, the owner of Masterpiece Cakeshop in Lakewood, Colo., primarily because of the specifics of how he was treated by the Colorado Civil Rights Commission.

In essence, the high court set aside the lower-court ruling against Phillips not because the justices agreed that he should have the right to refuse to serve a same-sex wedding. The justices ruled that way because, they said, members of the state Civil Rights Commission showed unacceptable hostility toward Phillips’ religion when reviewing the complaint, and did not consider the case “with the religious neutrality that the Constitution requires.”

In particular, the high court took issue with one Colorado commissioner’s comment that, “Freedom of religion and religion has been used to justify all kinds of discrimination throughout history, whether it be slavery, whether it be the Holocaust.” The court further objected to the same commissioner’s subsequent statement: “It is one of the most despicable pieces of rhetoric that people can use ... to use their religion to hurt others.”

By contrast, in the Arlene's Flowers case, Washington’s high court justices said they “painstakingly reviewed the record for any sign of intolerance” — either by themselves or by the Benton County Superior Court — and found nothing.

“After this review, we are confident that the two courts gave full and fair consideration to this dispute and avoided animus toward religion,” the court’s decision from Thursday reads. “We therefore find no reason to change our original decision.”

Myhre, the senior lecturer at the UW law school, said it is “a pretty uncontested principle” that businesses covered by statewide public accommodation laws — such as the Washington State Law Against Discrimination — don’t get to choose who to serve based on their owners’ viewpoints.

“When you open your business to the public and you profit from the public, you have to not discriminate against the public,” Myhre said. “You can’t hang a sign in your window and say, ‘No Blacks and no Jews.'”

At the same time, the Masterpiece Cakeshop ruling was so narrow in its scope that it largely skirted the greater question: whether the right to freedom of religion means business owners can decline to provide creative services for same-sex weddings, said Scott Skinner-Thompson, an associate professor of law at the University of Colorado..

“My view of a lot of the language in Masterpiece is that it did affirm that anti-discrimination laws, generally speaking, do not violate merchants’ First Amendment religious freedom or expressive rights. But that was not a holding,” Skinner-Thompson said, noting that the high court decided in favor of the baker for a completely different legal reason. “By deciding on those narrower grounds, they were in some ways punting on the more difficult issue."

Attorneys with the Alliance Defending Freedom, who are representing Stutzman, said they will appeal the Washington court’s latest ruling, and once again ask the U.S. Supreme Court to take the case. John Bursch, the group’s senior counsel and vice president of appellate advocacy, said Stutzman’s lawyers will reassert their earlier position that the government cannot force someone to complete a task involving creative expression — such as building custom floral arrangements for a same-sex wedding — if doing so goes against their religious beliefs.

“I never turned down anyone because of who they are,” Stutzman said during a press phone call Thursday.

It’s unclear whether the U.S. Supreme Court will decide to take up the Arlene's Flowers case this time.

Kellye Testy, a law professor and former dean of the UW School of Law, said the thoroughness of the Washington state Supreme Court’s opinion from Thursday leads her to think “it would be less likely” that the U.S. Supreme Court would decide to take up the Arlene's Flower’s case going forward. “It looked to me that Washington state did exactly what the U.S. Supreme Court asked them to do,” she said, referencing how the Washington justices scoured the court record for instances of animosity toward religion.

Yet the makeup of the high court has changed since last year. Since former Justice Anthony Kennedy, who wrote the Masterpiece Cakeshop decision, has been replaced on the high court by Justice Brett Kavanaugh, there could be greater interest in taking up cases dealing with topics of religious freedom, Skinner-Thompson said.

To put those questions to rest, the high court also could review other lower-court cases involving business owners declining to serve gay couples in Oregon or Arizona.

For their part, the two Washington men whom Stutzman denied floral services in 2013 said they were “thrilled” with Thursday’s ruling by Washington’s high court, and did not mention possible future court proceedings.

“Discrimination hurts, especially while planning what should be one of the happiest times of your life,” Curt Freed and Robert Ingersoll said in a statement. “We hope that this ruling will prevent what happened to us from happening to others.”