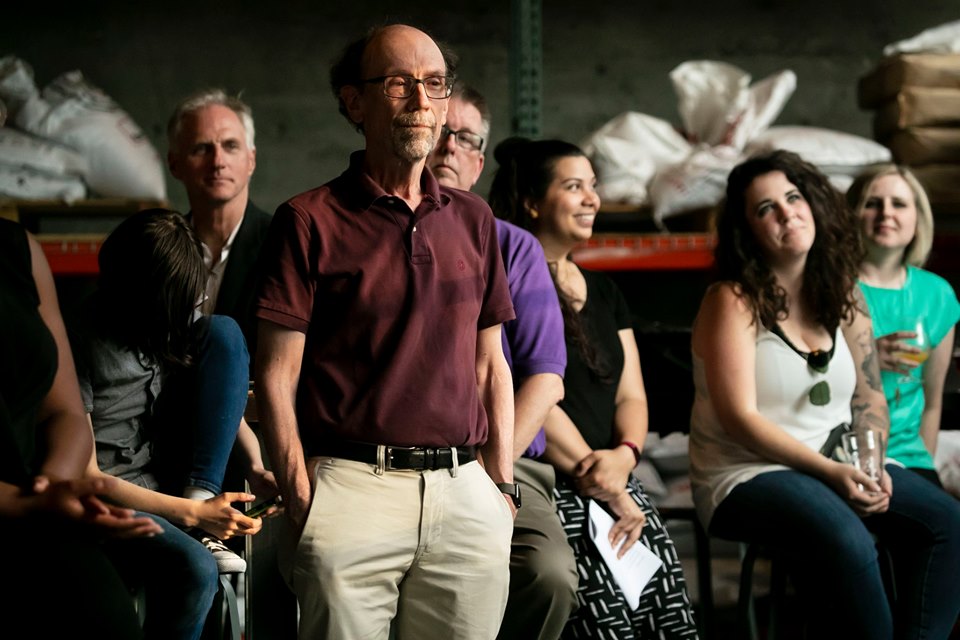 From an examination of Washington state’s overwhelmed foster care system and a profile of one of Seattle’s visual art sensations to a detailed report on a make-or-break mini-gold rush moment and Mossback-led journeys of regional heritage and lore — Crosscut’s journalism and contributors have been recognized recently by industry peers.

Crosscut journalists were honored this month with five first-place awards in the Society of Professional Journalists’ Northwest Excellence in Journalism 2019 contest. The celebration of local journalism was further highlighted with longtime Crosscut senior editor Joe Copeland awarded the June Anderson Almquist Award for distinguished service to journalism in a career that spanned more than four decades.

Copeland, who provided a stalwart presence within the Crosscut newsroom since 2010, held previous editorial roles in Western Washington newsrooms, including at the Seattle Post-Intelligencer and Everett Herald. Retired KING 5 news anchor Lori Matsukawa was also a recipient of the local SPJ chapter’s lifetime achievement honor in 2019.

Another top honor went to Crosscut reporter Agueda Pacheco Flores for New Journalist of the Year, an award that recognizes early career journalists who are already beginning to display veteran editorial savvy and professionalism. As noted in the award recognition by SPJ Western Washington about Pacheco Flores’ nomination, “She seeks out the important stories of those who aren’t traditionally at the center of our news universe, and she navigates difficult stories with grace and thoughtfulness.”

Our emerging journalist fellow, Liz Brazile, was also recognized by the SPJ Ohio chapter in the Best Investigative Reporting category for a story published earlier this year on the rights of students with disabilities in an Ohio school district.

Below are Crosscut's first-place winners from this year's SPJ awards.

Arts & Entertainment
Is this the buzziest artist in Seattle?
Mason Bryan

Our mountains are under siege. Blame your selfie.
Ted Alvarez

The individuals were recognized during an award ceremony July 1 honoring journalists from across the Pacific Northwest in categories including newspapers, broadcast and digital outlets. The awards recognized various categories of writing and photography produced in 2018. Here’s the full list of Northwest Excellence in Journalism award recipients.