Why the heck does WA hold elections in the middle of summer?

Few politicians think August is the best month for turnout. But a few factors, including fundraising, may mean the election date’s here to stay. 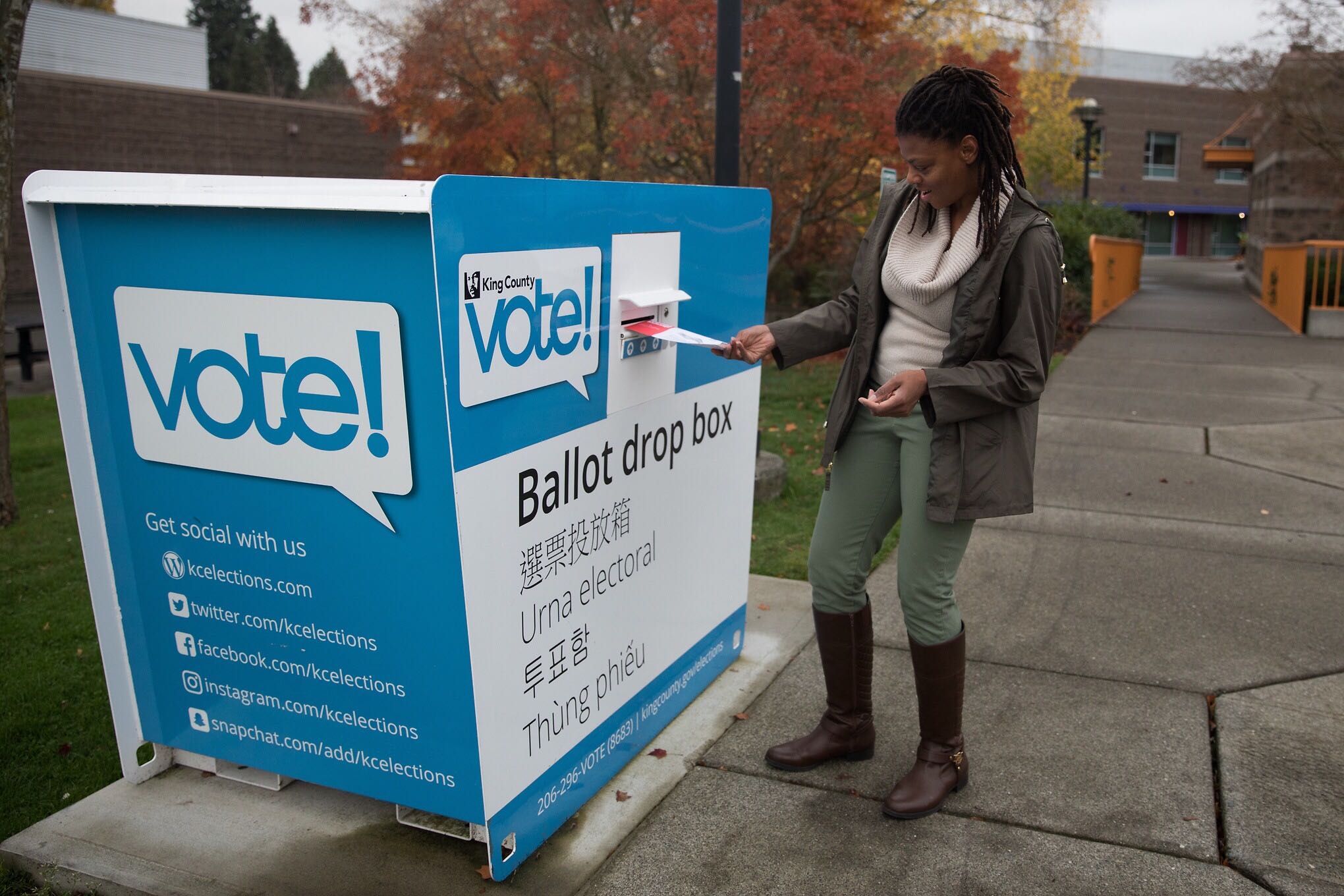 Once upon a time, Washington state held its primary elections in September — after schoolkids’ summer vacation, when, theoretically, voters were more likely to be in town and paying attention.

That changed in 2007. Since then, Washington has held primary elections for most races in August, during the height of summer.

But why? Wouldn’t voter turnout be better if the date were in May, when kids are still in school? Or September, once people return to their routines after a summer of camping, barbecuing and kayaking?

Many politicians think so. But despite several recent efforts to change the timing of the primary election, the August voting date has remained stubbornly in place.

This year’s election is scheduled for Aug. 6, with ballots set to be mailed next week.

While legislators recently changed the date of the state’s presidential primary, moving it from May to March, the August primary election still is used for statewide races, as well as municipal, congressional and state legislative contests.

Not everyone is thrilled about it.

“I think August is a really low-turnout month,” said state Rep. Zack Hudgins, D-Tukwila. “A lot of people are either tuned out or on vacation.”

In the past three off-year election cycles, only about 1 in 4 voters returned a ballot in the August primary election, according to statewide data.

“What we’ve found with the August date ... is it’s just in the middle of people’s summer vacations,” Secretary of State Kim Wyman told a legislative committee last year. “Kids are not in school. Voting is really not something that’s on people’s minds.”

Yet each time someone suggests moving the date to late spring, legislators encounter the same obstacle: themselves.

At the root of the problem is that lawmakers and statewide elected officials are unable to raise money for their campaigns when the Legislature is in session. With some legislative overtime sessions stretching into the summer in recent years, a May or June primary date would make it more difficult for legislators to raise campaign money before the election.

The fundraising freeze, which begins 30 days before the start of every legislative session and continues until lawmakers adjourn, is designed to guard against the perception that campaign donors are buying influence at the Legislature.

State Sen. Sam Hunt, D-Olympia, said concerns about bumping up against the fundraising freeze always arise when legislators talk about moving the primary election date earlier. He said that’s a key reason his proposal to hold the primary in May instead of August failed to receive a floor vote in the Senate this year.

Moving the primary later, back to September, also isn’t considered a viable option. A change to federal law in 2009 required counties to start mailing military and overseas ballots 45 days before each federal election. Given that requirement, a September primary doesn’t allow enough time for counties to process primary election ballots before they must turn around and start sending out general election ballots in the mail, officials say.

There’s limited research about how much changing the primary date might actually improve turnout. From 1990 to 2006, when Washington’s primary election was in September, turnout appeared slightly higher compared with more recent election cycles, according to unofficial data compiled by the secretary of state. However, it’s unclear how much the September primary election date contributed to the higher voter participation. Often, the issues and candidates on the ballot are the biggest factors that drive voter turnout, Wyman and other elections officials say.

Yet people who work on campaigns frequently attest to the difficulty of grabbing voters’ attention during the peak of summer. Particularly in odd-year elections, like 2019’s, when mostly local races are on the ballot, it can be a struggle to get people to participate, said Crystal Fincher, a political consultant who works mostly on Democratic campaigns. She thinks moving the primary date up to May or June would help.

In her view, lawmakers’ inability to raise money for their campaigns shouldn’t be the primary consideration when deciding when Washington holds its elections.

“Ideally, a legislative schedule wouldn’t dictate what’s best for voters,” Fincher said. “Ideally, when people are most likely to vote and when you get the best participation would be the determining factor.”

Local officials — such as the many city council candidates on the ballot this year — aren’t affected by the legislative fundraising freeze. But they still are bound by the August election date.

Chad Minnick, a Republican political consultant, said incumbent lawmakers always have the option of raising money in the months before a legislative session starts, like right now.

“I have clients who are state senators, and there’s no reason we can’t raise $100,000 or $150,000 before they go into session in an election year,” Minnick said. “They just have to start earlier. It’s not impossible, but it is inconvenient.”

Some proposals to move the date, including Hunt’s, have suggested relaxing the legislative fundraising freeze so it wouldn’t apply when lawmakers go into extended overtime sessions.

“We have some very specific intentional separation between session and campaign season within our law,” said state Sen. Hans Zeiger, R-Puyallup. Allowing campaigns to commence while the Legislature is still in session “would create ambiguity and real serious ethical issues,” he said.

Among them: When legislators send updates to constituents about their work during the legislative session, is that a campaign communication? Under state law, legislators are prohibited from using state resources for campaigns.

Still, concern about the summer date is weighing on some legislators' minds as they prepare for another August election, one that they fear could continue the recent pattern of low voter turnout.

“I get there’s the push and pull when it comes to fundraising. But we have some of the lowest voter turnout in the world in some of these primaries,” she said, referring to the United States as a whole.

As the chair of the House State Government and Tribal Relations Committee, Gregerson said she is considering even bolder changes to the election schedule, such as moving local elections to even-numbered years, when there are more high-profile races on the ballot.

That’s a strategy some studies suggest could boost turnout significantly. Researchers at the University of Wisconsin found that moving an election from a nonmidterm election year to a midterm election year leads, on average, to an 8.7-point bump in turnout. (That study looked at general elections, not primaries.)

Fincher, the political consultant who works mostly on Democratic races, said she favors consolidating some elections as a way to help keep voters engaged. For instance, she said moving the primary date earlier could help reduce the need for some of the smaller special elections held for school bonds and other one-off measures. Those elections, often held in winter or spring, also can suffer from low turnout.