Opponents fear new backyard-cottage rules open the door for a flurry of investment, but economists say the numbers don't add up. 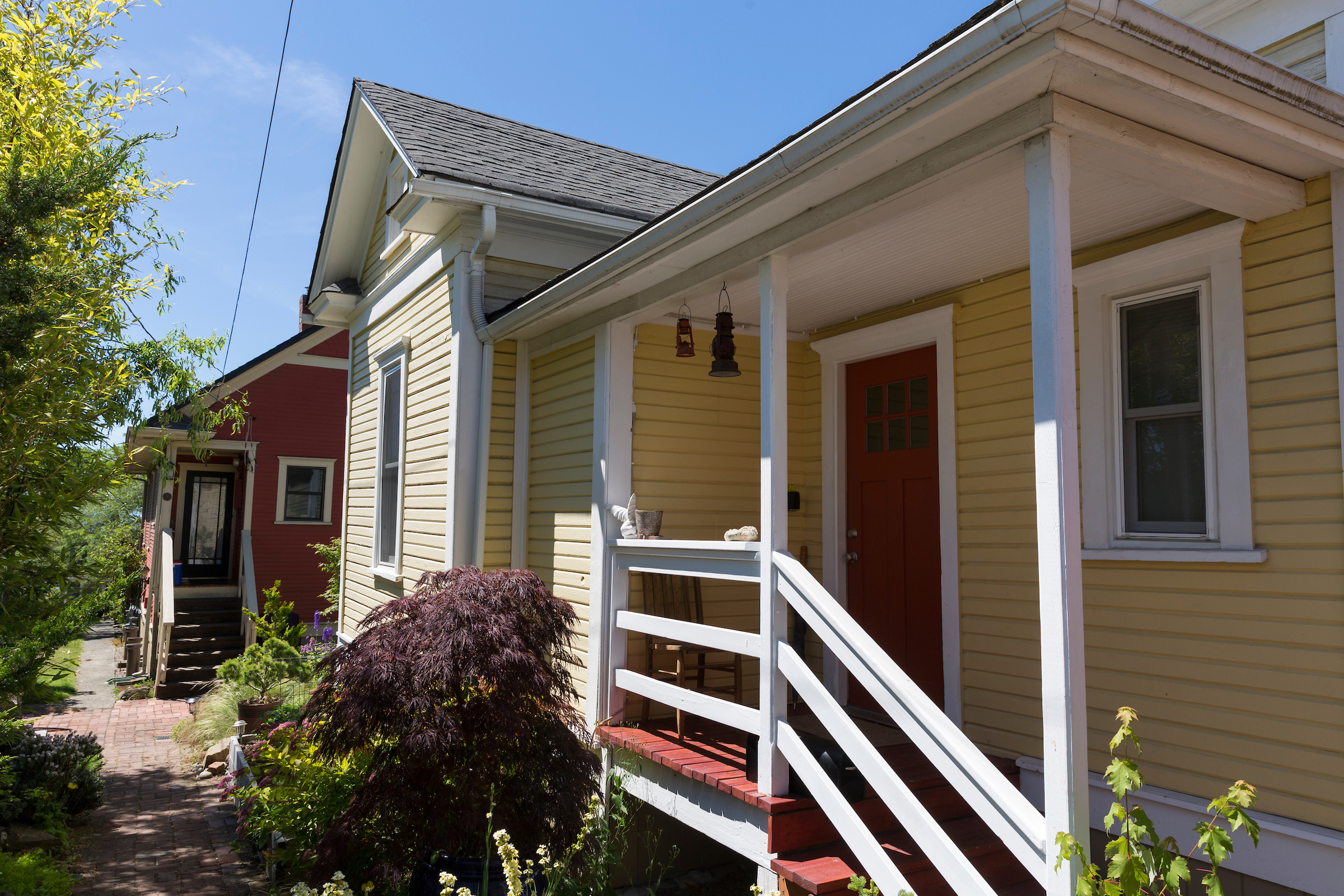 A backyard cottage at a home on Beacon Hill, June 11, 2019. (Photo by Paul Christian Gordon for Crosscut)

As the Seattle City Council prepared to vote on legislation to loosen regulations on basement apartment and backyard-cottage construction earlier this month, opponents expressed a lot of fear.

Specifically, they feared that the moves would open Seattle’s single-family neighborhoods to a flurry of Wall Street-backed investors. The concern was that these investors would gobble up Seattle’s limited housing stock, build accessory dwelling units (ADU) and detached accessory dwelling units (DADU) and turn the properties into de facto triplex rentals, further driving up the cost of home buying in the city and permanently altering single-family neighborhoods in the process.

City officials see the legislation differently. To them ADUs and DADUs are a modest way for Seattle’s single-family zones to increase housing supply to meet demand. Basement apartments and backyard cottages have long been legal in the city, but high construction costs, permitting challenges and regulatory restrictions have led to construction of fewer than 1,000 ADUs and DADUs over the past two decades.

To incentivize their construction, the Seattle City Council voted for a slew of changes, including allowing larger backyard cottages, eliminating off-street parking requirements, allowing construction of both an ADU and DADU on the same property rather than one or the other and eliminating the requirement that the property owner live in one of the units on-site, meaning someone could rent out the main house, basement apartment and backyard cottage, housing up to 12 people on the same property.

It’s those last two changes that had opponents sounding the alarms. Without an owner occupancy requirement, they argued, Seattle’s single-family neighborhoods surely would soon be filled with corporate-owned triplexes. In its call to Mayor Jenny Durkan to veto the council’s unanimously passed legislation, The Seattle Times’ editorial board echoed opponents’ fears, writing that, “the council is making [the] American dream less attainable by pitting homebuyers against rental speculators.”

It’s a fear rooted in reality. Wall Street-backed investment companies are buying up single-family homes to rent out. Just before the city council’s ADU vote, the New York Times and Wall Street Journal published deep dives into the growing phenomenon of single-family rental companies. The companies largely got their start in the wake of the 2008 foreclosure crisis, when homes could be bought at fire-sale prices. They’ve continued to grow, buying up thousands of homes to add to their portfolios as the market has recovered.

Given the proliferation of profit-driven home-rental companies across the country, it’s not unreasonable to think that a newly created opportunity to build and operate three rental units on one-single family lot in Seattle would be attractive.

Yet the city’s own analysis of the legislation’s potential impact concluded that for investors looking to maximize their returns, flipping an individual single-family home without building ADUs is the most profitable option. It also concluded that buying a single-family home, constructing an ADU and DADU, then renting all three units would be least profitable, in part because of how construction and permitting costs would eat into returns. But, the city’s analysis clearly didn’t assuage the concerns of the dozens of people who submitted letters or testified about the lack of owner occupancy.

In an effort to determine whether Seattle is about to see a gold rush of triplex-building, single-family rental companies, Crosscut spoke to real estate economists, academic researchers and representatives from investment companies for their take.

The greater Seattle area has seen its share of investment, but very little of it has been within city boundaries. Crosscut analyzed 2018 King County property assessment data to determine how many homes the largest single-family rental companies own in the region. Invitation Homes is the biggest player in the U.S. market, with more than 80,000 properties nationwide. The company uses at least six similarly named LLCs for its property purchases. Crosscut was able to confirm that as of the 2018 property assessments, Invitation Homes owned at least 803 properties in King County. Of those, only 30 are in the city of Seattle — and of those 30, five have been sold since the assessment data was compiled.

But the fear is not that these companies are already in Seattle. It is that allowing a rental ADU and DADU on a property would alter the equation enough that Seattle would become an attractive investment market.

“We don’t currently own any homes that have ADUs or DADUs and we don’t have any plans for it,” she told Crosscut. “I can’t speak for the investment community. But definitely for our company … we’re really just not a part of that discussion.”

American Homes 4 Rent and Home Partners of America did not respond to request for comment. Neither did the National Rental Home Council, the single-family rental industry’s trade group.

Economists and researchers are also skeptical Seattle will see a boom of ADUs and DADUs built and run by the single-family rental industry.

“To buy something for $600,000 and put another $200,000 into it to build a cottage would be atypical of anything they’ve done so far. For that reason, I would be surprised to see any major push to get into Seattle proper,” said Taylor Hafley, a Ph.D. student in geography at the University of Georgia. Hafley’s research focuses on single-family investment companies in Atlanta and he has tracked their activity across the country.

“This is not their M.O. With DADUs, you’re dealing with custom-built, one-lot-at-a-time properties,” Tucker said. “Already Seattle’s price-to-rent ratio is rather expensive, so that [construction] is cutting into the profitability of these schemes.”

Though Hafley doesn’t think the investment companies are about to pounce on Seattle, he says it’s reasonable to be wary of them. In particular, Hafley imagines the next real estate market downturn will open the door to a lot more investment in Seattle from the single-family rental companies.

“I don’t know that [the single-family rental companies] will be able to control Seattle proper in the short term, but in the metro area it’s something to be cautious of,” said Hafley. “I don’t usually side with the classic NIMBYs, but I think their concern about these companies is not unwarranted.”