The rebirth of nuclear power could come from Bellevue, if Congress approves

A decade after it was founded, TerraPower has been thwarted by the Trump administration’s China policy. Now it’s banking on Plan B. 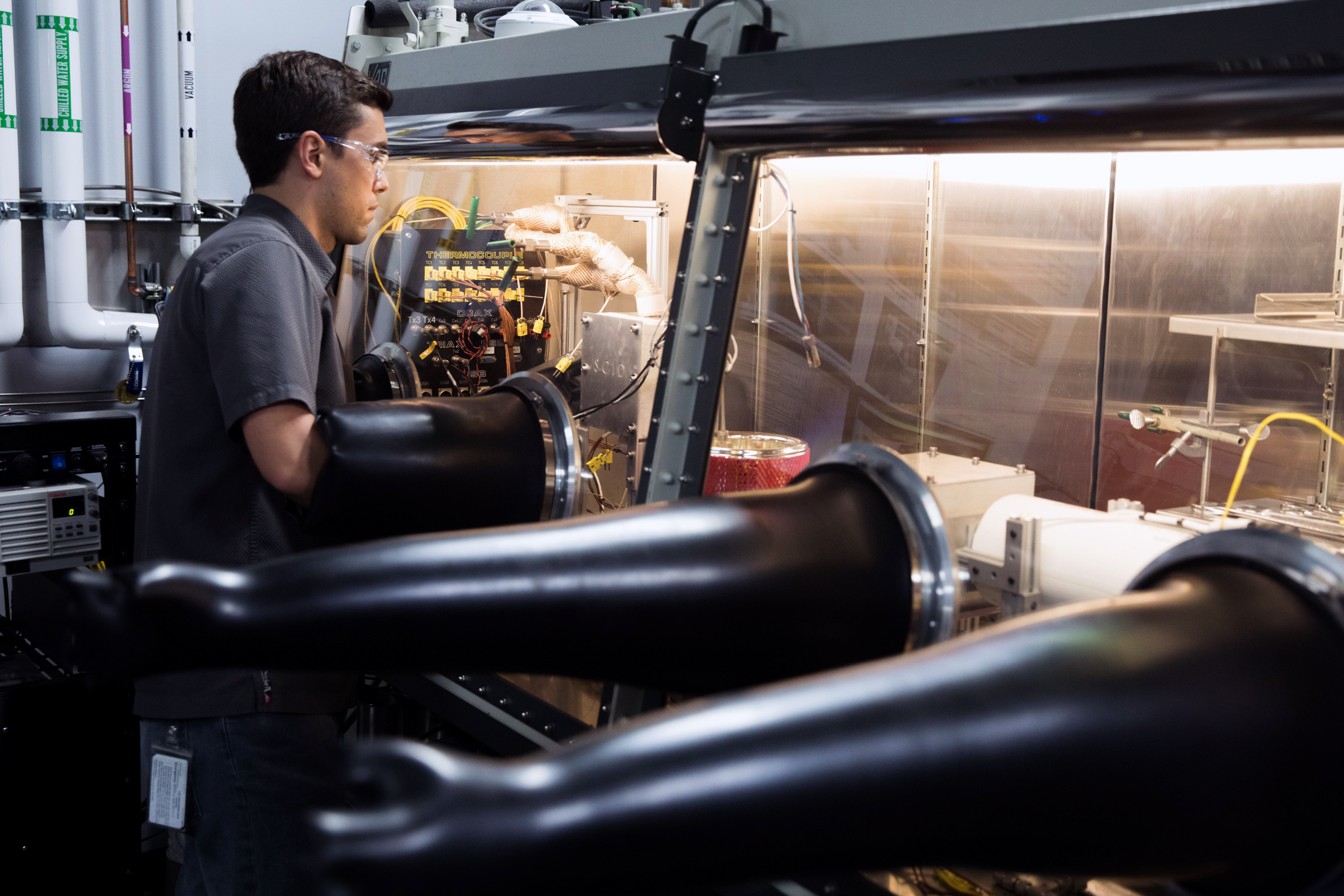 Nuclear power has stalled in the United States. The country’s 97 commercial reactors provide 20 percent of its power, but only one reactor has gone online since 1998 — in Tennessee in 2016. Two more reactors — behind schedule and way over budget — are due to become operational in the early 2020s in Georgia, but two other reactors under construction in the South died a few years ago when the company behind them filed for bankruptcy. And nuclear power is struggling financially to compete with cheaper power produced by natural gas, causing  several reactors to close in recent years.

Recently, however, there have been murmurs of a new nuclear age. Many environmental groups remain opposed to nuclear energy. But as the realities of climate change — and the fast-growing demand for energy worldwide — become more apparent, a handful of environmental activists and politicians are mentioning nuclear power alongside other carbon-free options.

“Given the urgency and the scale of the challenge, we have to keep all low- and zero-carbon technologies on the table,” Gov. Jay Inslee told New York magazine in a profile of his presidential campaign, which centers on climate change..

This is where TerraPower steps in. Founded 11 years ago by Bill Gates, the Bellevue company has been pursuing more perfect nuclear power, as it works to create a new type of reactor that requires refueling just once every 20 to 60 years.

That means 80% less waste to treat and dispose of. If successful, this approach would cut back on the biggest environmental threat from reactors.

In a Dec. 29, 2018, entry in his blog, Gates wrote that global emissions of greenhouse gases went up in 2018, reinforcing the need for clean energy. While solar and wind power solve part of the carbon-emissions problem, these are also intermittent sources of energy, he noted. “Nuclear is ideal for dealing with climate change, because it is the only carbon-free, scalable energy source that’s available 24 hours a day,” he wrote. “The problems with today’s reactors, such as the risk of accidents, can be solved through innovation."

Yet Gates' vision has been stalled itself by unintended consequences of the Trump administration's trade war with China. Now, the future of nuclear technology is relying on a Plan B.

TerraPower was formally founded in 2008 after two years of discussions about developing a so-called breed-and-burn reactor. “They felt nuclear power was an important area to focus on,” said TerraPower Chief Financial Officer Marcia Burkey.

While the idea of a breed-and-burn reactor has existed on paper since the 1950s, no one has yet built one. In oversimplified terms, fuel in a reactor holds a small portion — much less than 10 percent — of enriched uranium 235. This is the stuff that “burns” in the reactor. When the uranium 235 is gone — usually in one or two years — the fuel has to be replaced. In a breed-and-burn reactor, the depleted uranium that makes up the overwhelming majority of the fuel is also burned, dramatically expanding the lifespan of a fuel assembly.

“Think of it as a log … that burns for 60 years,” Gates said in a 2010 TED Talk about TerraPower. “There is a lot less waste under this approach.”

The concept is simple. The nuclear physics aspect is cutting edge. The nuts-and-bolts engineering is extremely difficult. 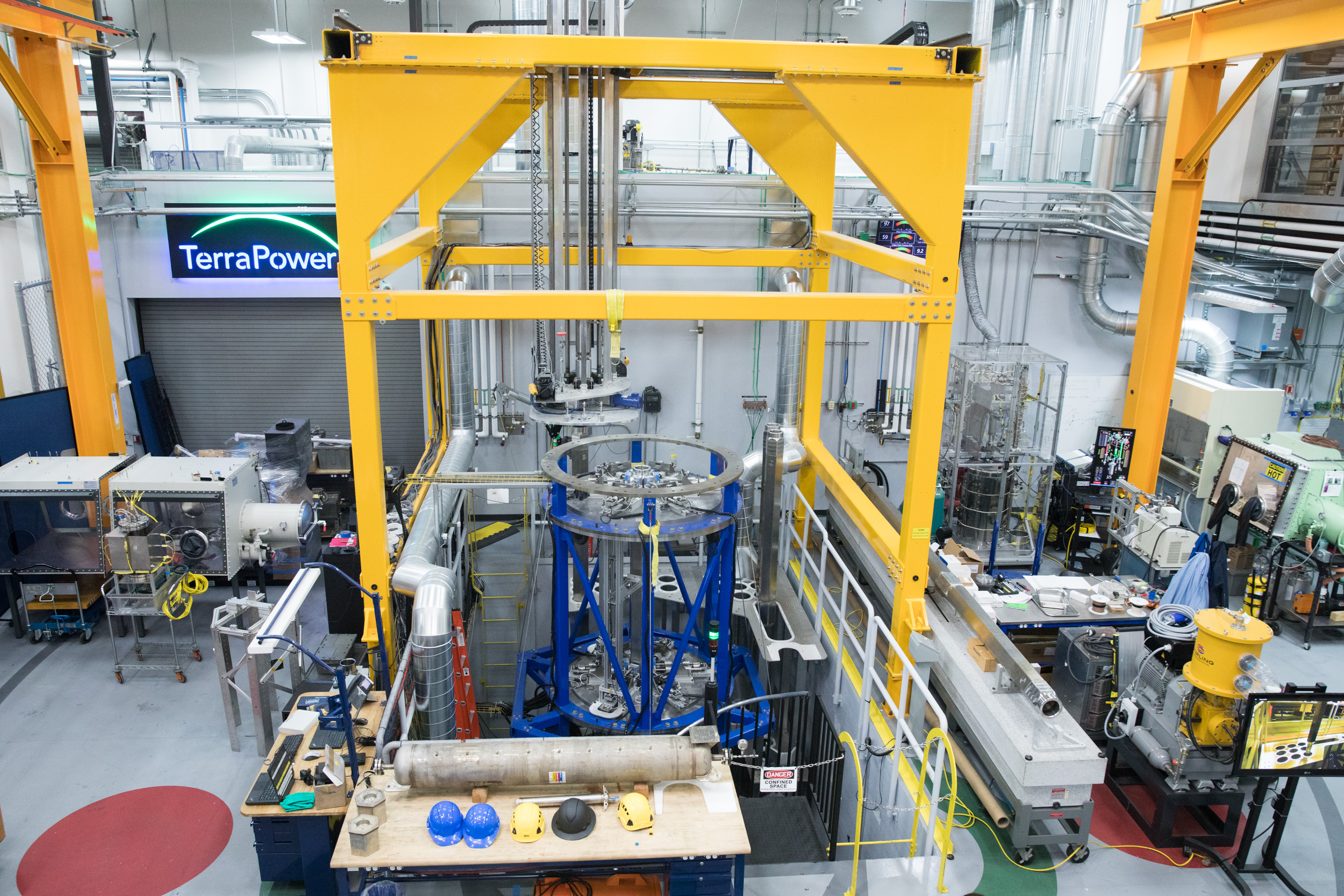 TerraPower’s 150 employees work in a 65,000-square-foot laboratory just north of Interstate 90 in Bellevue. The space is full of gloveboxes for handling hazardous and radioactive materials, plus a small-scale but still almost three-story-tall mock-up model of a reactor core.

In his TED talk, Gates said the development of this idea could likely cost hundreds of millions of dollars — with actual construction of a reactor reaching significantly into the billions. The U.S. Department of Energy allocated $40 million to TerraPower’s research in 2016.

Meanwhile, TerraPower went overseas in search of a huge market for nuclear-generated electricity.

About the middle of this decade, TerraPower began talks with the China National Nuclear Corp., a state-owned economic entity heavily involved in commercial and military nuclear matters. The two reached a formal agreement in 2017 to jointly develop and build a breed-and-burn reactor south of Beijing early in the next decade

Then, last October, the Trump administration announced that it was severely restricting exports of American civilian nuclear technology to China because of concerns that technology could be used for military purposes.

Prior to 2018, American nuclear technology exports to China had been a relatively small part of the bigger economic picture, but, according to a New York Times report, China also has been trying to steal some nuclear technology in the United States. China’s biggest military need appears to be improving reactors of long-range naval ships.

With China off the table, Gates traveled to Washington, D.C., in January to lobby congressional members for support of advanced reactors, including TerraPower’s venture. He told them that he would personally invest $1 billion and raise another $1 billion from private investors to go with federal funds to build a pilot plant, according to the Washington Post.

Then, in March, Sen. Lisa Murkowski, R-Alaska and chairwoman of the U.S. Senate Energy and Natural Resources Committee, introduced a bill called the Nuclear Energy Leadership Act with 14 Republican and Democratic co-sponsors.

The bill would extend the current limit of contracts to purchase nuclear power from 10 years to 40 years, which would fit snugly with a reactor that could burn fuel for 20 to 60 years. The bill also calls for the federal government to map out long-range plans for research on advanced reactors and for research on “fast neutron” reactors. “Fast neutron” technology is a building block for a more advanced breed-and-burn reactor.

A bipartisan clone of Murkowski’s bill was introduced in the House in June. Both bills have just begun their journeys through congressional committees. Because Murkowski has clout on nuclear and natural-resource matters in the GOP-controlled Senate, her bill will likely make it out of committee. However, its chances in both the full Senate and House are unknown.

“We may be able to build it in the United States if the funding and regulatory changes ... happen,” Gates wrote in his blog in December 2018. “The world needs to be working on lots of solutions to stop climate change. Advanced nuclear is one, and I hope to persuade U.S. leaders to get into the game.”

TerraPower hopes to get a breed-and-burn reactor — 500 megawatts or less — up and running at a yet-to-be-selected location in the U.S. in the 2025 to 2027 time frame, said Brian Morris, TerraPower’s lab facility manager. By comparison, the 35-year-old Columbia Generating Station at Richland is a 1,100-megawatt reactor. Right now, TerraPower is in late research stage, now hunting for a construction-oriented partner to begin building a breed-and-burn reactor in the next few years.

While TerraPower tackles a few other projects, a breed-and-burn reactor — also called a “traveling wave” reactor — is the company’s first and biggest venture.

For a conventional reactor, uranium is enriched to make it “burn,” leading to the steam that turns the turbines, which generate electricity. Because of the nuclear physics involved, only a small portion of the uranium is enriched, with depleted uranium being a byproduct of the enrichment process. The overwhelming majority of the fuel in a reactor consists of depleted uranium, which a conventional reactor cannot use.

This is a massive nationwide problem. Right now, this waste is stored outside the reactors that created it, both those that are operational or shut down. Across the nation, local communities have been pressuring the reactors’ owners to move the used fuel elsewhere.

For decades, the U.S. had targeted Yucca Mountain in Nevada as a destination for the spent fuel, with lawmakers attempting to build a giant cavern to hold the nation’s nuclear wastes. Nevada’s leaders have opposed this proposal for decades. Originally, this project was supposed to be done in 1998. In 2010, the Obama administration defunded the Nuclear Regulatory Commission’s licensing proceedings for Yucca Mountain. Several attempts to allocate new money to the project have died in Congress, with Republicans and Democrats leading the opposition.

The bottom line is the United States has a big and growing problem with what to do with used fuel from reactors — especially since no one wants it in their state.

This isn’t the only objection that people have to nuclear energy. For instance, the Oregon chapter of the Physicians for Social Responsibility, a national nuclear watchdog organization, continues to oppose using nuclear power as a weapon to combat climate change on both environmental and moral grounds.

“The carbon footprint is not zero (no matter what type of reactor, there are plenty of carbon emissions in fuel extraction and development and reactor construction); producing new nuclear waste is immoral because it is a threat to health and safety, and the nuclear industry (old and new) is disproportionately built upon the backs of Native American communities being displaced and poisoned by mining operations and reactor projects,” wrote Damon Motz-Storey, the organization’s health climate programs director, in an email.

He added: “We have indeed been tracking TerraPower's efforts to look into newfangled nuclear reactor tech. From my perspective, they appear to be very, very far away from any pathway to licensing, development and operation and are in the same category of many other new nuclear technology schemes that never got off the ground, such as nuclear fusion reactors and molten salt reactors."

TerraPower Chief Financial Officer Marcia Burkey was misidentified in a caption. Her name has been corrected. 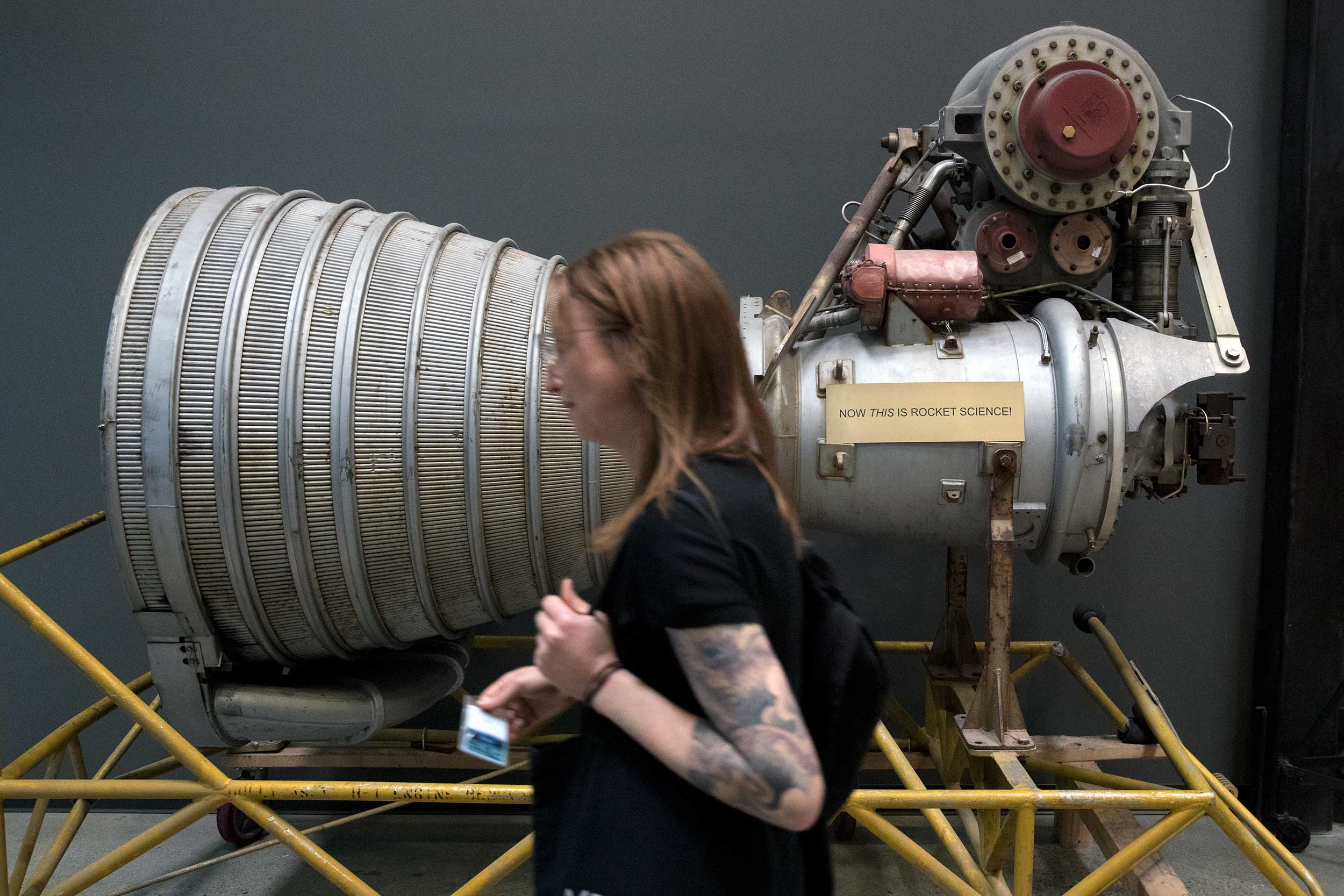