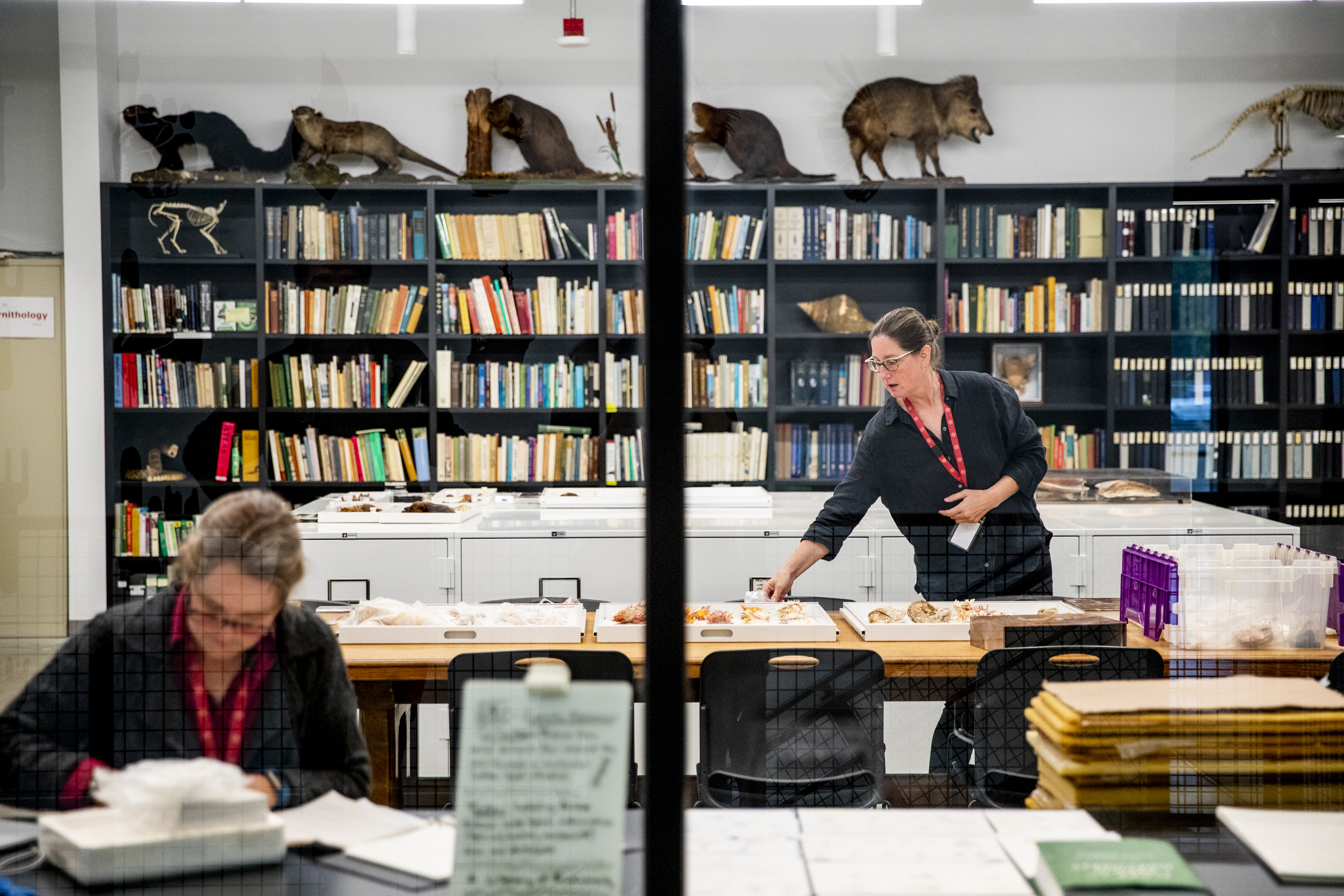 Seattle has been undergoing a history museum renaissance, one demonstrating creativity in the art of exhibiting cultural treasures. Of three major projects in recent years, each has gone in a different direction, with one major common thread.

The Museum of History and Industry moved in 2012 to a more prominent location, from Montlake to South Lake Union, adapting an existing historic structure (the old Naval Reserve Armory) and installing interactive and multimedia exhibits to increase kid appeal. The National Nordic Museum in Ballard also moved to a more accessible location, in 2018, and shed its folk art-and-craft focus in an old neighborhood school for a Scandinavian modernist structure modeled on a fjord. The building is fresh and smart, and stands out in New Ballard.

The latest entrant is the new Burke Museum of Natural History and Culture, which opens the weekend of Oct. 12-14. It is a treasure once hidden on the northwest corner of the University of Washington campus. The new museum is now visible from the street, with an entrance on 15th Avenue Northeast in the University District at Northeast 43rd Street. It’s an elegant, wood and glass box that makes a statement: it is part of the transforming U District, with light rail coming to Brooklyn Avenue Northeast just a couple of blocks away. Natural history is not hidden anymore; it’s part of the neighborhood.

The museum is striving to be fully transparent. Museum Executive Director Julie Stein, who has headed the decadelong $106 million transformation, says she had to “pinkie swear” they were going to “make everything visible.” That is, the museum itself, its collections, exhibits, staff members and research.

The New Burke is also the old Burke in that it is a state museum, a teaching museum, a research center and a storage vault that holds a trove of specimens, fossils, art and artifacts from the Pacific Northwest and around the Pacific Rim. It’s a collection started in 1885 by teenage enthusiasts, and was formalized into the museum in 1899, when the collections expanded under the supervision of a UW naturalist appropriately called “Bug” Johnson. The collection has only grown. 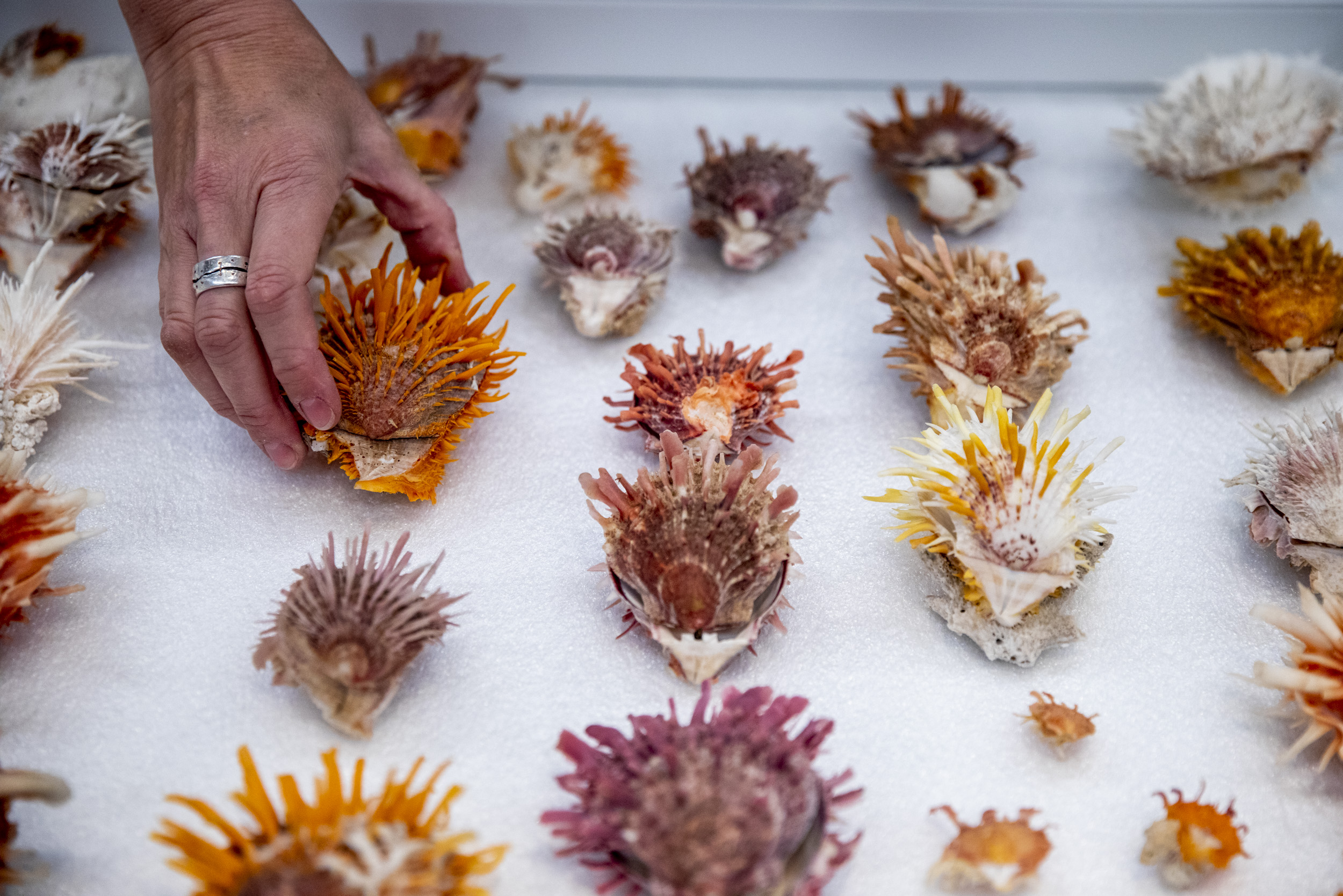 The old Burke was demolished for the new. The staff had to transfer 3 million items to the new facility. The challenge was evident during a recent preview of the museum, as the final touches were being put on the interior: enormous fossils, whale bones, a partially boxed giant ostrich, walls of Indigenous peoples’ baskets and spears, shelves of delicate seashells all spoke to the exacting and unenviable task of moving. Glass objects 2,000 years old from Cyprus could be transferred only one by one, by hand, a single guided step at a time.

The new Burke is breaking new ground with its goal of full transparency. The old Burke had famously conducted occasional behind-the-scene tours for the public so that they could see all the stuff researchers and curators were doing in the basement, and parts of the collection not routinely on display (like Namu the killer whale’s skull, or a 2,000-year-old Egyptian mummy). The new Burke has put much of the collections and Burke’s staff behind glass so that the public visiting the museum’s exhibits can see the staff working on projects, ranging from chiseling a T. rex fossil out of rock and plaster, to preparing a pelican carcass for the collection, to categorizing old Seattle patent medicine bottles dug up during downtown construction projects.

The glassed-in areas are next to the relevant exhibits in six main galleries spread out over three floors, archaeologists near archaeology, paleontologists near paleontology, Native art curators in the Northwest Native art section, etc. Simple, handwritten signs tell visitors what the scientists within are doing. In other words, in the new Burke the exhibitors are part of the exhibit. Parts of the museum’s vast collections form a backdrop for their work — shelves and cabinets full of fascinating objects. Volunteers will be on site to answer visitors’ questions. The vision, Stein says, was to “allow everyone access.”

To meet that challenge the Burke turned to Seattle’s exceptional architectural firm Olson Kundig. Tom Kundig, who has two degrees from the UW, calls the project a “lifetime moment for me.” He said he had two conflicting goals. One was making the Burke transparent inside and out. The second was protecting very fragile and important collections. Transparency can produce risk.

The architect turned to what he called a “Swiss cheese concept.” While visitors inside the Burke now can see the inner workings of the museum, the workers also can see out: strategically placed windows allow views and daylight. In some of the galleries, large windows create interesting juxtapositions. On the third floor, the giant fossil skeleton of a prehistoric ground sloth is set against a picture window revealing trees and a view of busy Northeast 45th Street outside. This museum is not a mausoleum, despite the bones.

Kundig outlined another challenge: preparing for the future. Massive museum overhauls don’t happen often, but could an adaptable space be designed? What will the future of museums be? Kundig says the large rectangular box design is meant to be flexible for unknown future needs.

The museum site is undergoing extensive landscaping. Trees have been planted around it — Doug firs are featured — but much of the property will host a landscape that’s not quite a garden, says the Burke’s landscape architect Shannon Nichol of Gustafson Guthrie Nichol. The Seattle firm has done landscape projects for Chicago’s Millennium Park, the National African American Heritage Museum and the section of the Rainier Vista parkway on the lower UW campus near Husky Stadium.

The surroundings of the museum will feature some 80,000 native plants of 60 different species representing different parts of Washington state, ones genetically tied to the region. There will be a large outside courtyard on the museum’s east side called the “Burke Yard” for outdoor events. Amphitheater-style steps intended for sitting face a walkway leading from the U District onto campus, and are sure to be packed with students and visitors once light rail opens its nearest pedestrian entrance to the UW. People will be able to watch the world go by. But between the steps and the walkway will be a camas and native grass meadow. The spring bloom of purple-blue flowers should be spectacular. This is yet another way to bring the region’s natural history to the public.

The new Burke is a grand experiment. “We don’t know if it works, but we have built it,” Stein says. From the looks of things, it holds tremendous promise. At the old Burke, when the museum experimented with glassed-in work areas they were a hit. School children are bused to the Burke in droves to get a taste of Northwest natural history and science. The new museum is a kind of ideal classroom for all ages, a cabinet of curiosities and wonders that will excite the minds of visitors. As Tom Kundig says, the light in the large-windowed museum he’s most thrilled about will be minds “lighting up with curiosity.” 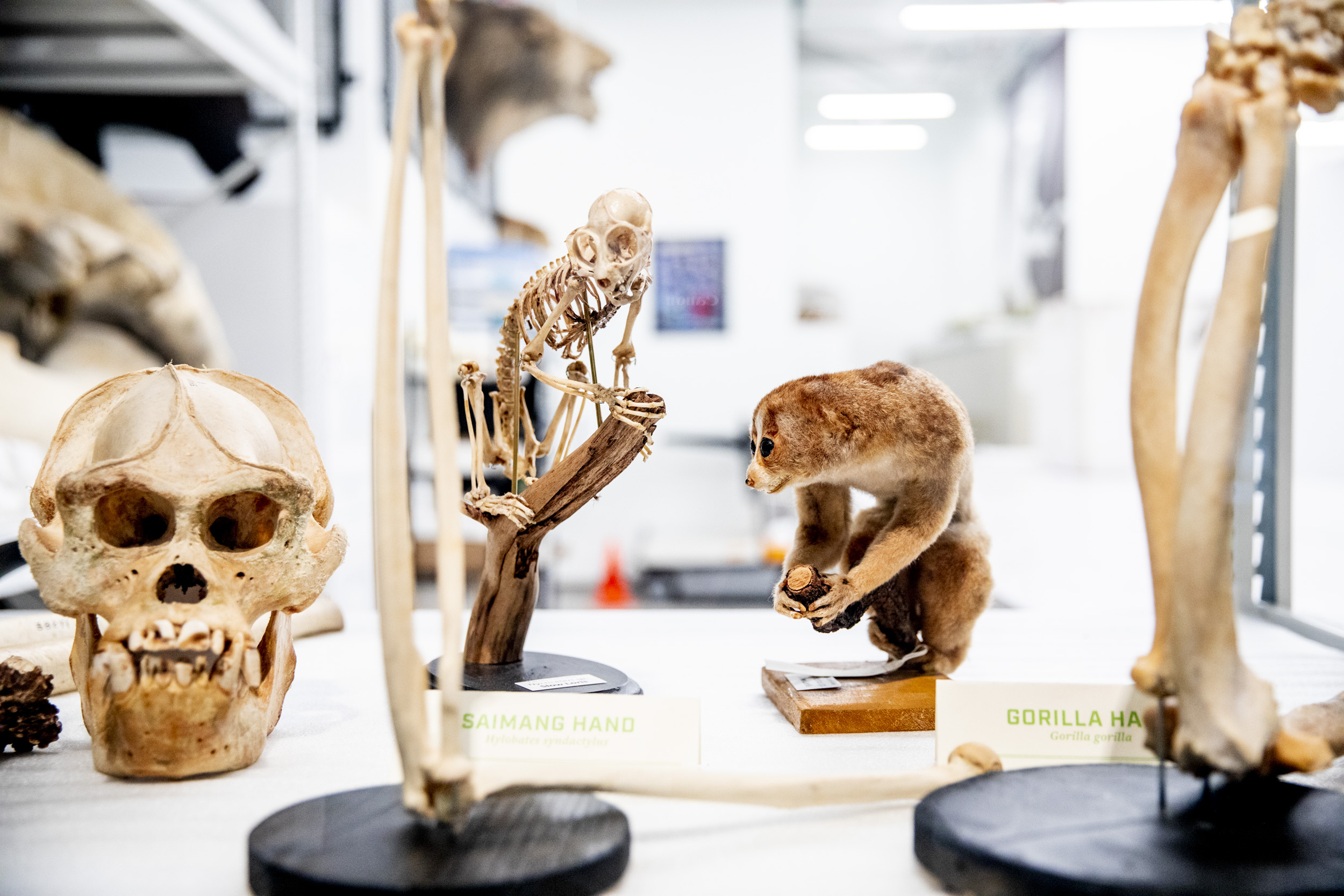 Specimens on display at the Burke Museum of Natural History and Culture during a media preview on Sept. 17, 2019. (Dorothy Edwards/Crosscut)

Specimens on display at the Burke Museum of Natural History and Culture during a media preview on Sept. 17, 2019. (Dorothy Edwards/Crosscut)