A judge said he wouldn't halt printing of the state’s voter pamphlet. But plaintiffs claim there is still time to correct what they view as errors. 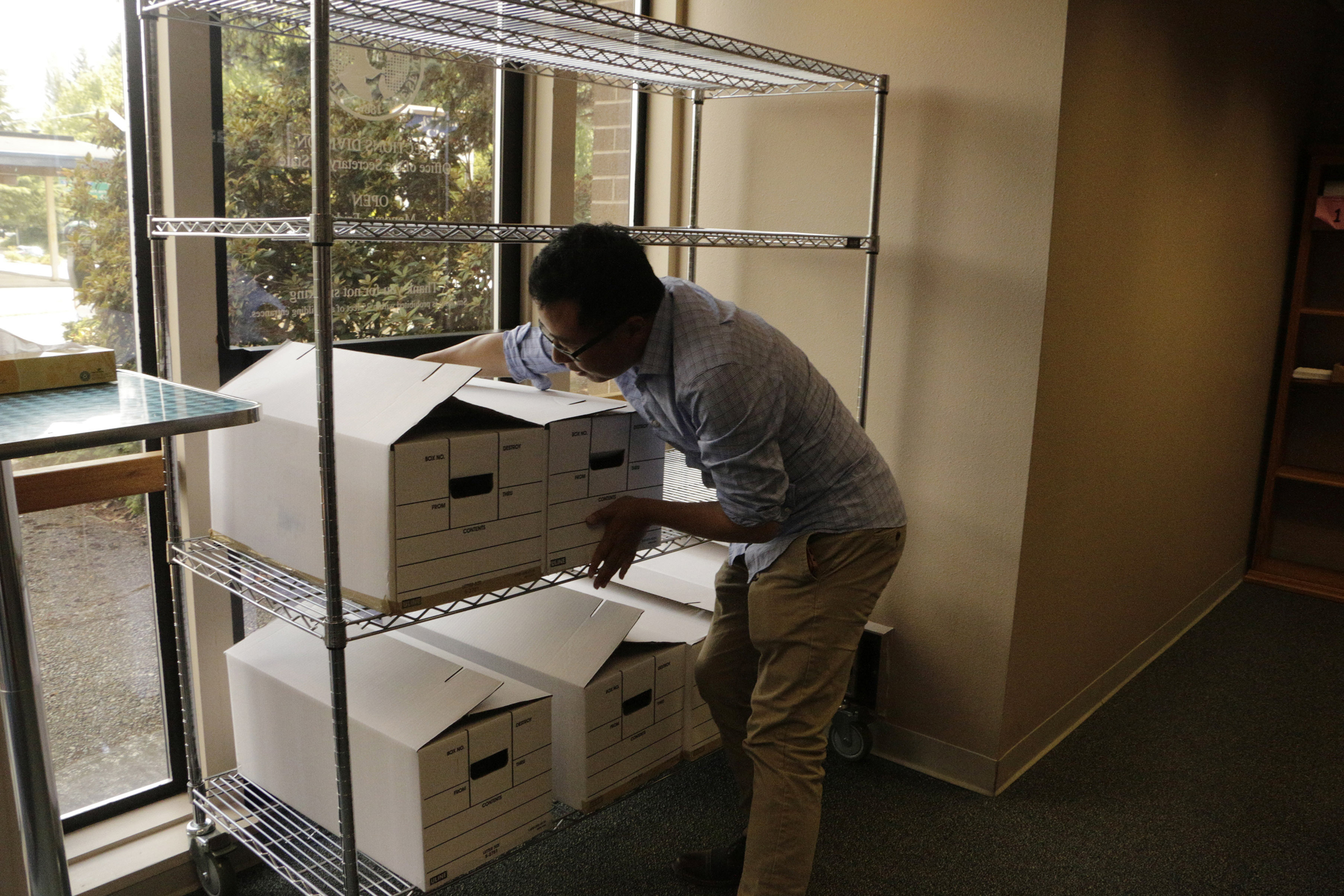 A volunteer with the Referendum 88 campaign stacks boxes of signed petitions on July 24, 2019 in Olympia. The referendum, which was later certified, would uphold an affirmative-action measure approved by the Legislature earlier this year that permits state agencies to establish diversity goals and timelines, and consider membership in a minority group as a contributing factor for an applicant. (Photo by Rachel La Corte/The Associated Press)

Supporters of I-1000, an affirmative-action initiative in Washington state, went to court Thursday to try to block the distribution of voter-pamphlet statements they say are false and will mislead voters who are being asked to approve the policy this November.

A Thurston County judge denied the campaign’s request to immediately stop printing the voter pamphlets. But leaders of the effort to approve I-1000 say they will persist in their attempts to get the statements corrected in later editions of the statewide voter guide, which is distributed to about 3.4 million homes.

At issue are statements, submitted by those backing an effort to nullify I-1000, alleging the affirmative-action policy will impose racial quotas and disadvantage veterans.

I-1000, which the Legislature passed in April, relaxes a 20-year-old ban on the use of affirmative action in state employment and contracting, as well as in admissions to public colleges and universities.

The Washington Secretary of State is now in the process of printing the voters’ pamphlet for the November election. The voter guide includes statements for and against R-88, submitted by the opposing campaigns.

During Thursday’s court hearing, I-1000 supporters, who are urging voters to approve R-88, asked Thurston County Superior Court Judge James Dixon to temporarily block the printing and mailing of the voter pamphlets until the dispute over the R-88 statements could be resolved.

Dixon denied that request for a preliminary injunction, saying I-1000 supporters did not establish "a very substantial likelihood that they would ultimately prevail" in a defamation case, something he described as an extremely high legal bar. Dixon also said it was ambiguous how the state’s defamation statute applied to sponsors of initiative campaigns.

Yet leaders of the campaign to approve I-1000 said they will pursue a full hearing on their underlying legal claims, and still hope to force the secretary of state to correct statements in the voter guide that I-1000 supporters maintain are incorrect and defamatory.

Nat Jackson, the citizen sponsor of I-1000, said the initiative does not impose racial quotas, contrary to what its opponents state in the current version of the voter pamphlet. Rather, he said, I-1000 would set goals for outreach and recruitment of underrepresented groups, while specifically disallowing the use of quotas.

Jackson, who is the lead plaintiff in the lawsuit, said Thursday that the court case is about simply, “How big of a lie can you tell?”

“The voters pamphlet is looked upon as the Bible by a lot of voters who read it, and it goes on the website, it goes online for reference,” Jackson said. “... At what point does that lie begin to slander people?”

Yvonne Kinoshita Ward, an attorney and one of the defendants in the lawsuit, wrote in a court brief that the language about quotas in I-1000 was “hidden.”

“'Goals and timetables’ is code for quotas,” Ward wrote in her court filing. …"The terms are interchangeable.”

In court, she accused I-1000 supporters of being the ones trying to deceive voters.

The voter pamphlet statement from Ward and other opponents also claims I-1000 will harm veterans, something Jackson said is another false statement.

Instead, Jackson said the initiative extends affirmative-action policies to a broader range of veterans than the law previously in place.

It was unclear Thursday whether the court might still schedule a hearing to review the parties' underlying arguments, or when that might occur.

Jesse Wineberry, a co-chair of the committee to approve R-88 and enact I-1000, said he thinks the Office of the Secretary of State still has time to reprint or correct pages in many of the voter pamphlets that have yet to be mailed. While ballots for military and overseas voters are scheduled to go out in about two weeks, ballots for most voters in the state won’t be mailed until October.

In a phone interview, Secretary of State Kim Wyman said changing the content of later editions of the voter guide would be extremely difficult and could cause the state to fall behind in getting necessary information to voters.

Wyman, a Republican in her second term as the state’s top elections official, said her office can seek to remove profanity or blatantly defamatory language from statements in the voter pamphlet. But she said her office isn’t supposed to wade into evaluating the truthfulness of statements made by politicians or political committees.

”It’s a fine line, and we certainly do review all the stuff that is submitted,” Wyman said. “But we are not, nor should we be, in a role of trying to censor, or trying to determine if a statement provided by a committee is accurate or truthful.”

If voters approve R-88 this November, the affirmative-action policy will go into effect as the Legislature intended when it passed I-1000. If voters reject R-88, the initiative will be defeated. 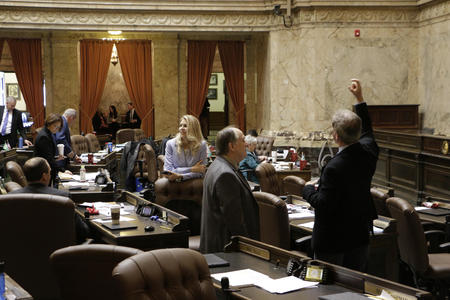