The "Mercer Megablock" sale and a proposed new tax on Uber and Lyft bolsters new spending on housing, child care and transportation-related projects. 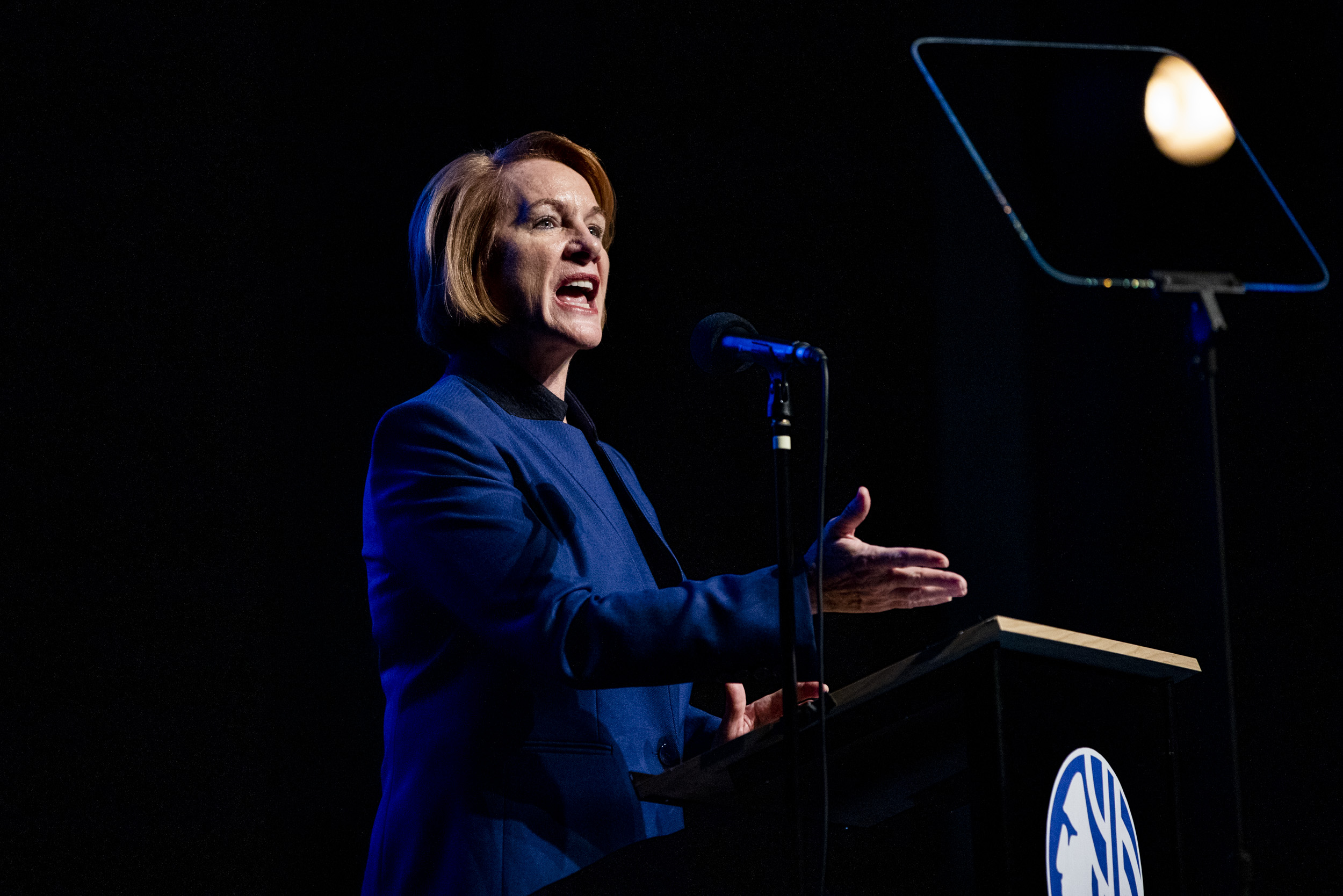 Before an audience of students and city staff at Seattle’s Franklin High School, Mayor Jenny Durkan on Monday unveiled her proposed budget for 2020 — a proposal she says furthers the city’s goals of “free college, affordable housing, justice and equity, protecting workers and more transit, bike infrastructure and safer streets.”

“From coffee shops to the grocery store to town halls to roundtables, I love meeting and talking to the people of this city,” Durkan said. “I hear hope, but I hear anxiety, too. Mostly, I hear shared values, shared priorities and a shared vision of a better future for our city.”

At $6.5 billion, the proposed 2020 budget — which now goes to the Seattle City Council for consideration — is about 10% larger than 2019’s. That increase is driven in large part by several major Durkan-led initiatives: the $143 million sale of a large piece of city-owned property in South Lake Union; a proposed tax on Uber and Lyft rides; and increased revenue from a voter-approved tax increase to pay for education efforts. The city also continued to benefit from Seattle's general economic strength, although the budget’s authors are forecasting just 1% growth for 2020 — a significant dip from the 3% average since 2010.

A large majority of Seattle’s budget is devoted to funding basic city functions in the utility and transportation departments and for administrative tasks throughout the city. What’s left is $1.5 billion of flexible dollars for the mayor and council to allocate. However, about half of that would go toward funding the police and fire departments and much of the remainder is aimed at the daily business of city departments. The remaining amount, which is available for the mayor and council to make good on promises and to pilot new programs, is relatively small compared with the total budget.

We already knew about many of the flashiest pieces of Durkan’s budget. In the weeks leading up to Monday’s speech, she had released her proposed tax on Uber and Lyft rides that would bring in about $25 million a year for more affordable housing and the completion of the downtown streetcar.

The mayor is also proposing a base minimum wage for drivers. The city, Durkan said, should be a place “where Uber and Lyft drivers can afford to live in the same city as the people they drive.”

The budget is also buoyed in large part by the $143 million sale of the so-called “Mercer Megablock,” which will go toward building and promoting new housing and kick-starting transit, bike and pedestrian infrastructure.

The mayor had also already announced $1.6 million to bolster recruitment and retention at the Seattle Police Department. In addition, her budget includes $3 million geared toward her recommendations for dealing with repeat low-level criminal offenders in the city.

But the mayor also announced several new initiatives at the Monday press conference. In addition to the $16.7 million of the megablock sale that will go toward sidewalk and bicycle projects, the mayor’s budget includes a onetime $14 million infusion for more and better bus service, funded by better-than-expected tax revenue from the city’s voter-approved transportation benefit district.

Additionally, Durkan’s budget would add $3 million to the city’s Child Care Assistance Program — nearly doubling its funding — to provide more child care support for lower-income families with children 13 or younger. To accomplish the expansion, the mayor is proposing the city spend money from its tax on sugary beverages, which continues to pull in more revenue than forecast. Durkan and the city council had a dustup during the summer over how this extra revenue should be spent, with the council ultimately restricting spending to approved programs. Durkan’s staff say they believe expanding the Child Care Assistance Program is within the realm of qualified beverage-tax spending.

While Durkan will have the chance to deliver an official state of the city address early next year, her budget speech struck some of the loftier and optimistic tones that echoed through her campaign for mayor and during her first term in office. She spoke often of crafting Seattle as the “city of the future,” looking to the students in the audience to realize that vision.

“Students of Franklin, this is your town,” she said. “We know we must give you the opportunities and the skills so you can build the city of the future.”

The council will now take up the mayor’s proposed budget, proposing amendments and fighting for their own district and citywide priorities. Final approval is expected to come in mid-November.