Bronze birch borers are thriving during the city's hotter summers. Is their infestation a sign of advancing climate change? 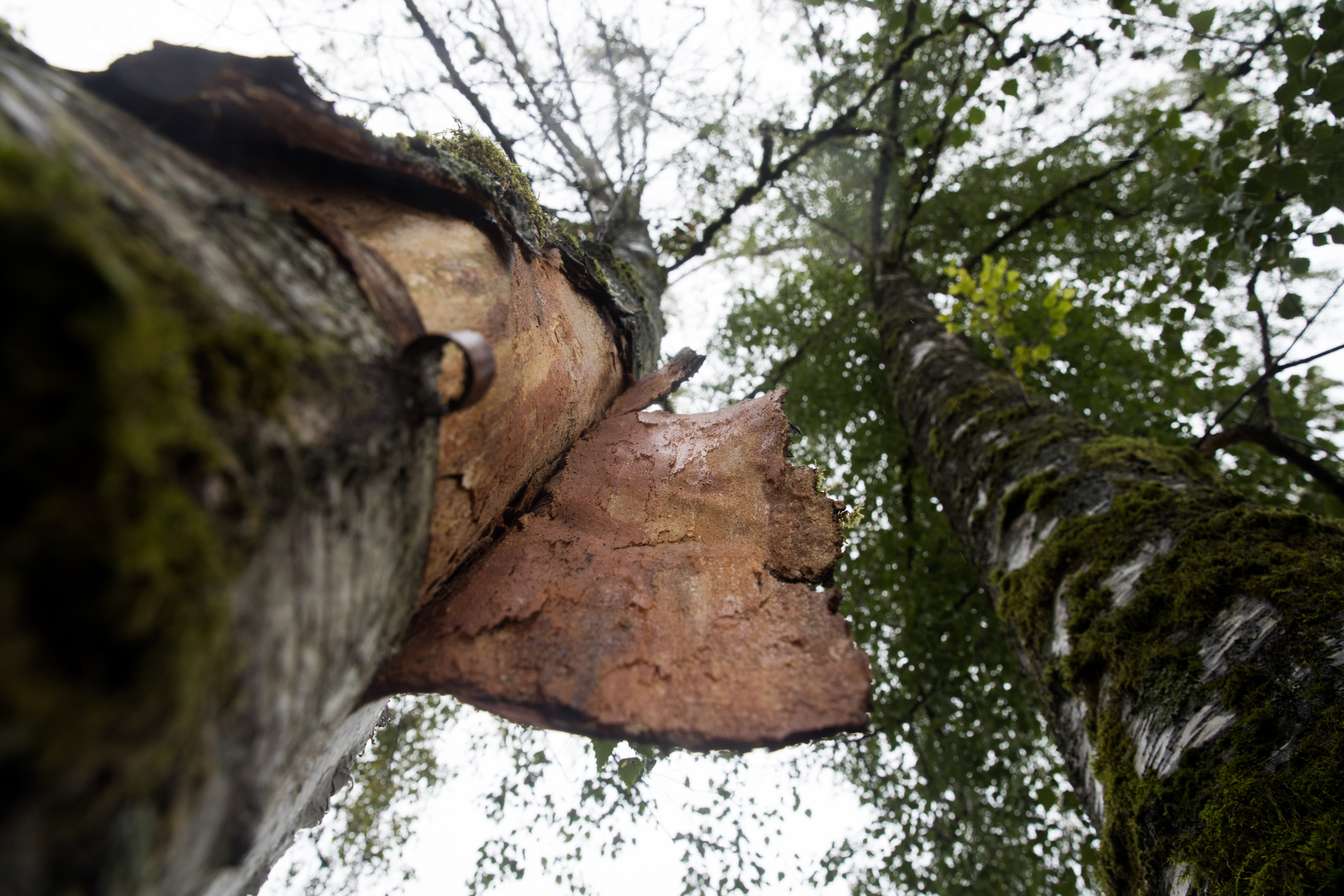 My block has been assaulted by a murderous mob. The killers infiltrated as stealthily as ninjas, and choked off sustenance and water supply. Then they perpetrated a slow death without most of us even noticing, until the end.

The victim was tall, often showy and, to the rest of us, stout and hardy.

The first sign that something was amiss was a literal one, posted by our neighbors across the street. Their grand, 40- to 50-foot birch tree, with distinctive white bark and leaves that turned a wondrous yellow in the fall, was dying. It could not be saved.

Cause of death: the bronze birch borer, a beetle native to North America, but relatively new in these parts. Its larvae feed in the drought-stressed host’s cambium, or vascular, layer, where nutrition and hydration are distributed and eventually choked off. The beetles have been voraciously munching Portland’s birches since 2003.

The bronze birch borer is a slender, rather benign-looking creature, but its growing presence in Seattle should be cause for alarm. Spotting one is akin to spying a red laser dot on someone’s forehead in an action-thriller movie: Seeing one means it’s too late to do anything about it.

Writ large, the beetles likely are harbingers of advancing climate change. It’s difficult to tell what actually will move people to recognize and act more urgently about global warming. The fiery red sun should have registered as a clarion call, but last year’s hazy summer may have been easy to cough off as a temporary, eye-watering inconvenience. Now the climate-prompted consequences are arriving right at our doorsteps, parking strips and dogs’ and children’s playgrounds.

The bronze birch borer is our latest unwelcome visitor. It once was considered most prevalent in the warmest parts of North America, a description that now fits Seattle, where four of our previous five years were the hottest since 1948, when records started being kept. Seven of our 10 hottest months since 1894 have occurred during the past decade.

Kubota Garden is a short walk from my block in South Seattle. The green and rock oasis is a cultural landmark built by Fujitaro Kubota, who was incarcerated during World War II at the Minidoka “relocation center” in Idaho. One of the garden’s tall birches droops perilously at the edge of what’s known as the Amphitheater Lawn. It will come down soon, another casualty of the birch borer murders; Giles Morrish, Kubota’s head gardener, figures the park’s entire population of birches also will be gone in the next five years or so.

A similar scenario is unfolding on the University of Washington campus, where Sara Shores, an urban forest specialist, says 60 to 70 birches, or a quarter of the campus population, have been lost during the past two years. Bigleaf maples, which succumb to age, are typically the most extracted trees at UW, Shores said, but the birch has caught up. The university received some funding to try injections of the insecticide emamectin benzoate, but it’s difficult to know a birch is infested until it is in decline and, by then, it’s probably too far gone.

“For the most part, we’re resigned to letting nature take its course,” Shores said.

Across the city, heat and drought have left other tree species weakened and vulnerable to attack, Malone said. On North Beacon Hill, winter moths are wreaking havoc on bigleaf maples, which also have been hit elsewhere by cinder-cone fungus, a dangerous pathogen. Other trees in Seattle have been stricken with western cedar borers and even pine beetles, which have grayed out forests from Colorado to California.

Dauntingly, the killers inflict their damage virtually imperceptibly. I observed for months the work of the bronze birch borers across the street from where I live and work. I noticed the denuding crown of my neighbors’ birch, a sure sign of infestation. I missed that warning, thinking only that I was better able to spot the northern flickers congregating there. The woodpeckers were probably harvesting borer larvae; they were too impossibly outnumbered to make a difference. 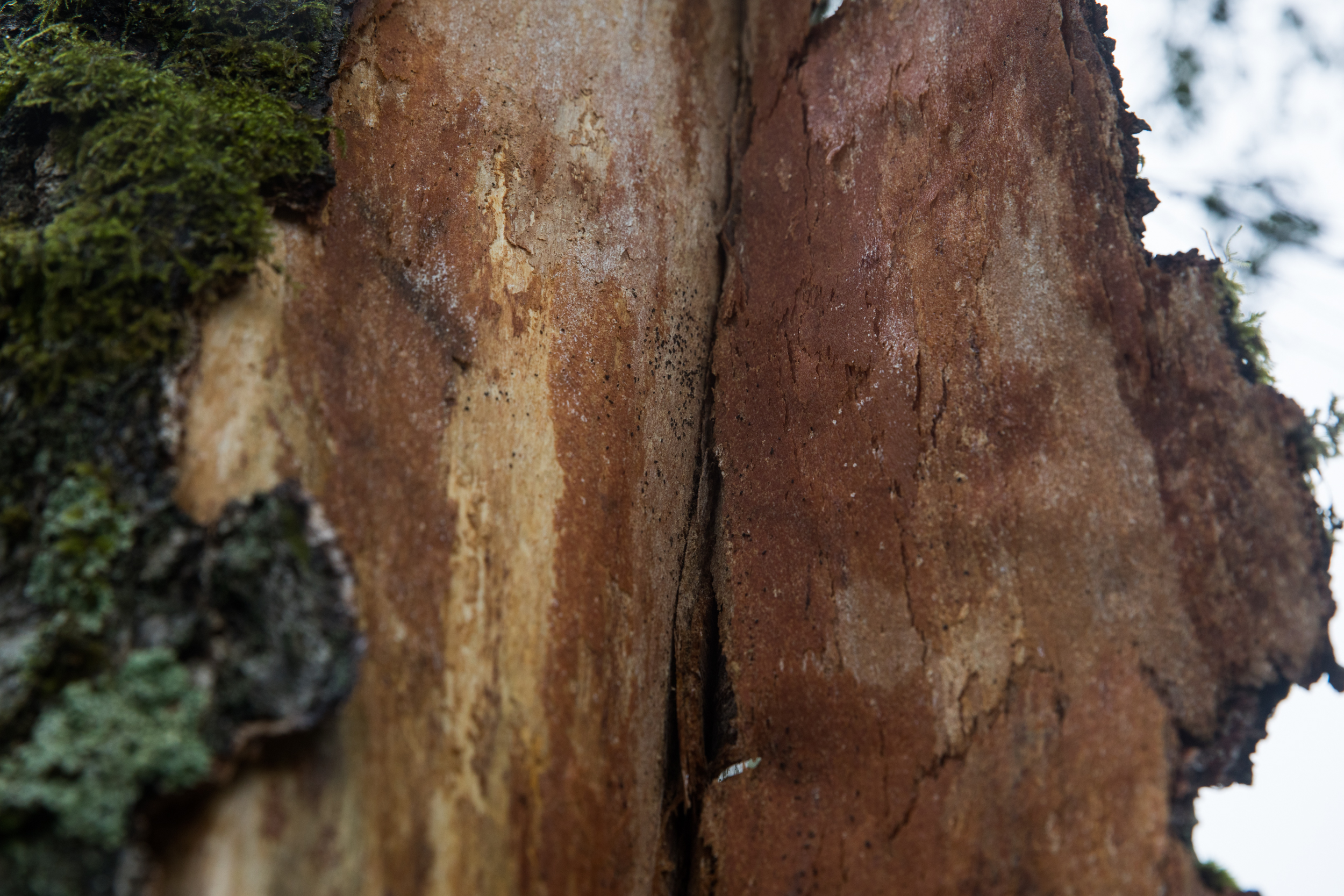 The bark of a birch tree at Kubota Garden in Rainier Beach. Giles Morrish, Kubota’s head gardener, believes the park’s entire population of birches will be gone in the next five years or so.(Photo by Matt M. McKnight/Crosscut)

The bark of a birch tree at Kubota Garden in Rainier Beach. Giles Morrish, Kubota’s head gardener, believes the park’s entire population of birches will be gone in the next five years or so.(Photo by Matt M. McKnight/Crosscut)

Liz Kennedy, my neighbor, said she tried to make an unemotional decision about the birch after arborists instantly noticed its infestation, in addition to two smaller, adjacent trees. Still, when the tree cutters came back with their ladders, saws and wood chipper, she admits to tearing up. So did I. It’s difficult to witness the end of a life of any kind.

That birch had shielded Kennedy and her husband, Bob, from an often blazing-hot western exposure. It provided shelter to the flickers, several families of squirrels and countless birds that flew between their feeders and mine. The tree had cast a wonderful, green ambience into the Kennedys’ upstairs room, from which they could watch the avian show taking place on the birch’s leafy stage.

Now it’s all gone. A two-story Tudor seems to have materialized in its place, as if beamed from the USS Enterprise.

“It’s like the house got a haircut and now you can see its face,” Kennedy said.

This whole end of our block is completely transformed, leaving me with an unsettling sense of feeling exposed. I realize in its absence that I’d taken that birch’s king-sized presence for granted. It’s an attitude we should avoid adopting about our planet and a calamitous future the death of this tree may portend.