After decades of court cases that have weakened federal management, the path to restoration may run through Congress. 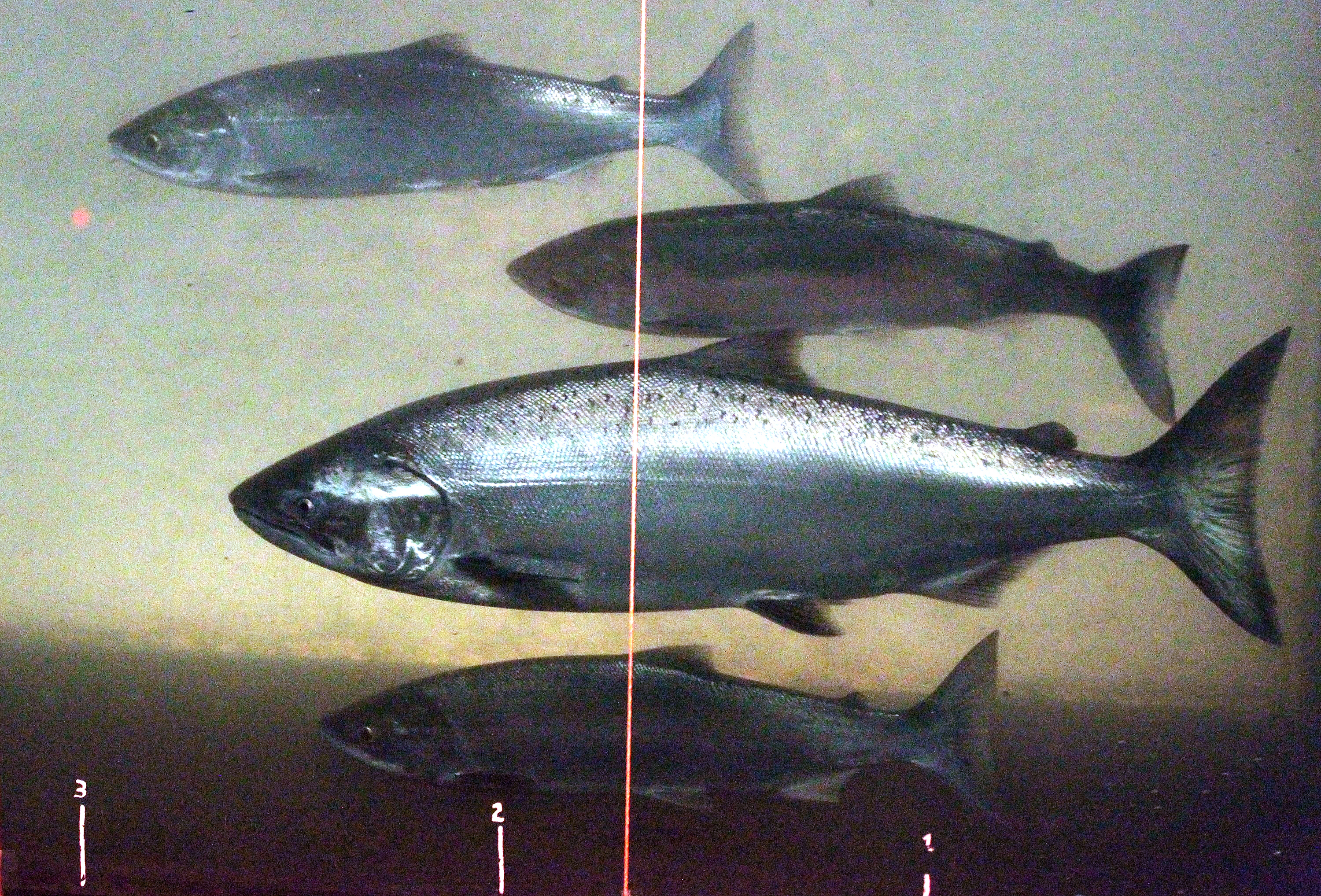 In this June 27, 2012, file photo, a chinook salmon, second from the bottom, swims with sockeye salmon at the Bonneville Dam fish-counting window near North Bonneville, Wash., on the Columbia River. (Rick Bowmer/AP)

On Sept. 20, the Idaho Fish and Game Commission voted to close all fall steelhead fishing on the Clearwater River and part of the Snake River, tributaries of the Columbia, because so few fish had returned from the ocean. These steelhead are one of 13 threatened or endangered salmon and steelhead runs in the Columbia and Snake rivers.

Since the Columbia Basin’s rivers were impounded by dams — including four on the Lower Snake and more than a dozen on the Columbia itself — a handful of salmon populations have died out. Now, about two-thirds of the remaining runs are at high risk of extinction. Compared with pre-dam returns in the 1950s, only 3% of wild sockeye and spring- and summer-run chinook, and 15% of  wild steelhead, returned to the Upper Snake last year, according to an analysis by the advocacy group Save our Wild Salmon. This year, returns look even worse.

Years of low salmon numbers, concern over endangered orcas that feed on salmon and cracks in political support for the Lower Snake dams are breathing new life into the fight to breach those dams. For decades, lawsuits by tribal nations, state agencies and fishing and conservation organizations have forced changes in dam management aimed at improving fish survival. But those court-ordered tweaks haven’t pulled salmon back from the brink. Now, salmon advocates are looking to the court of public opinion in their quest to see the Lower Snake River dams removed.

In the 1930s, hydroelectric dam construction in the Columbia Basin began, electrifying and irrigating the inland Northwest and sending commodities like wheat downriver on barges. But dams exact a heavy toll on salmon: Reservoirs create not only hotter water than the fish are adapted to, but they also slow their downstream journey to the ocean and force them to navigate artificial passage systems. To offset those impacts, the Bonneville Power Administration, the federal agency that sells power generated by the dams, has poured about $17 billion into hatchery programs, fish passage projects and habitat restoration.

But since the early 1990s, state agencies, tribes and salmon advocates have sued the federal government, arguing that it’s not doing enough for endangered fish. At issue are “biological opinions” from the National Marine Fisheries Service, reviews of management plans developed by the federal agencies that manage the Columbia Basin dams: the Army Corps of Engineers, Bonneville Power Administration and Bureau of Reclamation. The biological opinions assess whether dam operations are likely to cause salmon extinctions and recommend ways to offset harm. But since 1993, federal judges have repeatedly overruled them.

In the process, courts have become the system’s de facto managers: Judges have ruled that more water be spilled over dams and forced agencies to develop specific habitat improvement programs. While advocates have long sought the removal of the Snake River dams, federal environmental laws don’t give judges the authority to force dam removal. Judges, however, have ruled that the federal government must assess the impacts of breaching dams as part of a National Environmental Policy Act review, a draft of which is expected in February 2020.

Salmon advocates have long argued that dam removal is the best way to restore salmon runs. That view is bolstered by a 2017 analysis by the Fish Passage Center, an organization funded by the federal government that found that breaching the lower Snake River dams and increasing spills over the Columbia’s dams would quadruple the number of salmon returning to spawn, compared with the status quo. But dam removal is not a silver bullet, biologists warn. “Even if we took out the dams, there could be other limiting factors for salmon recovery,” said Christopher Caudill, a fish ecologist at the University of Idaho. Warming headwaters and changing oceanic conditions can harm salmon whether or not the dams are removed, Caudill said.

Any overhaul of the Columbia and Snake River dams likely requires an act of Congress, as well as a lot of promises to local stakeholders who stand to lose regional infrastructure. Dam removal has long been anathema to politicians who tout the system’s economic benefits. But the economics are changing, as maintenance costs rise and natural gas and renewables undercut hydroelectric prices.

Now, the politics may be changing, too. Earlier this year, Rep. Mike Simpson, R-Idaho, broke with area politicians by calling for a serious look at removing the four dams on the lower Snake River. Simpson said he wants to work on a new federal plan to ensure salmon recovery in Idaho, one that would replace the Northwest Power Act, the 1980 legislation that guides dam management in the Columbia Basin.

That political action can’t come soon enough for salmon advocates tracking the threats fish face, including reservoir water temperatures that have hit unhealthy levels for weeks at a time. “The climate is changing faster than the laws can keep up,” said Angela Moran, an organizer for Save Our Wild Salmon. “We need political and community support, because we know that will be the biggest step to taking down the dams.”