Jim Ellis helped the city with sewage, transportation, and water quality systems. His big, systemic thinking is a model we should follow. 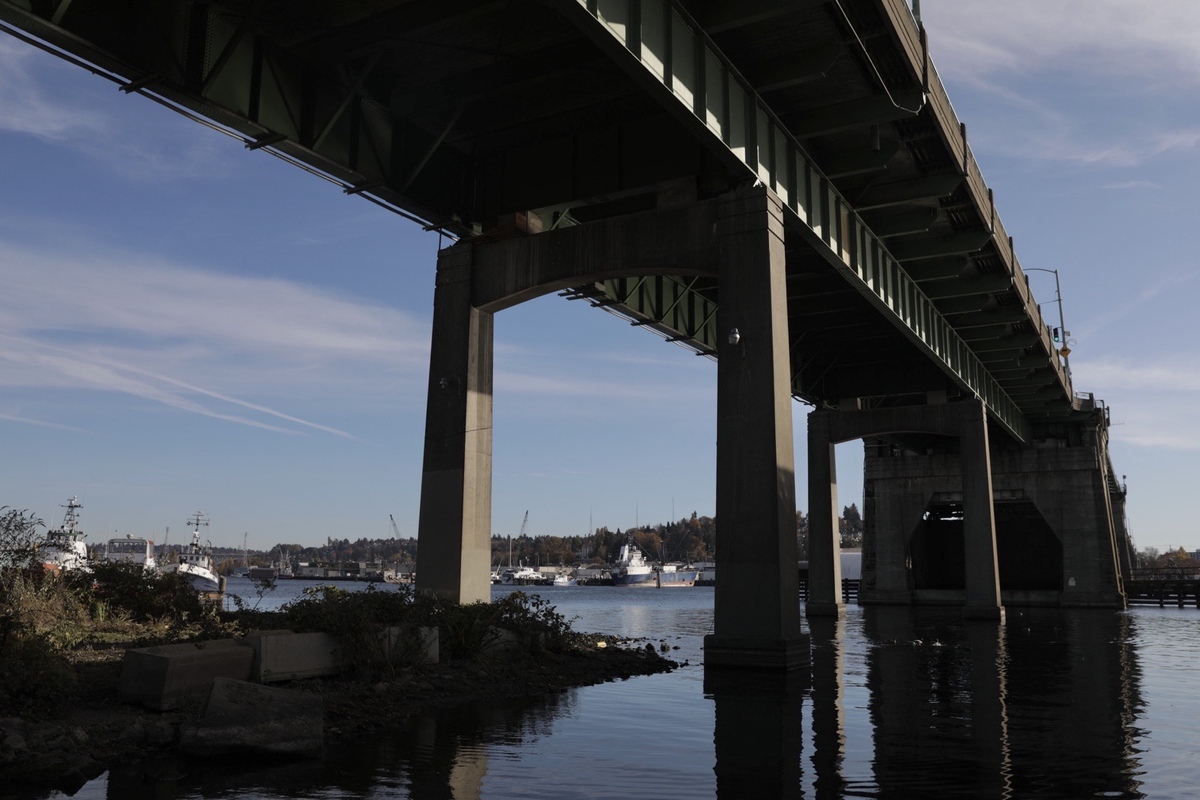 We all love to complain about Seattle process, but I think a big part of the problem isn’t that we overthink or are too inclusive, it’s that we don’t think big enough — and we allow silos to hold us back.

Consider the potential quagmire of replacing the Ballard Bridge. As The Urbanist reports:

“Ballard Bridge sits at the crux of a small, tightly integrated knot of rivers, roads, and rails. Together with the Ballard Locks, the BNSF railway, and eight other bridges, they are the crucial links that tie Seattle to the world, tie together neighborhoods, and make the whole city run. These infrastructure links also share three other characteristics. None of the links are transit or pedestrian ready. None of the links are ready for earthquakes or climate change. And there is no significant coordination between these projects.”

Work required here comes with all kinds of silos: the city, the state, the Army Corps of Engineers, Sound Transit, the National Guard and the railroad are all involved. The future shape of Ballard, Interbay, Magnolia, the Ship Canal, the Burke-Gilman Trail and much more will be dramatically impacted by the choice over a new bridge and how it connects, where it connects, and what modes of transport and transit it will accommodate. There are many interlocking issues, but The Urbanist contends that the three main options put forward for public discussion don’t deal with holistic improvements, but rather are limited to a narrow vision.

The point about climate change is interesting. During a recent Crosscut Talks event, Amy Snover, director of the Climate Impacts Group at the University of Washington, talked about the silo problem. She told the audience that the secret good news about preparing for significant changes provoked by our warming climate is that many public employees are working intensely on the issues, often behind the scenes or informally. But the issue of silos is real, she said. Are they using the same sets of data and risk-assessment, for example, in planning for when projections of sea-level rise can range from 8 inches (optimistic) to 3 feet (possible) to 8 feet (worst case)? She pointed out that a problem like climate change obliterates silos — it impacts transportation, livability, public health, resource management, the environment, social equity, business and the economy, employment and much more. Our government agencies aren’t well-designed for events — even, or maybe especially, slow-moving events — that cross categories.

Thinking big is sometimes rewarded. The redevelopment of the Seattle waterfront has been big, expensive and complex, and will continue to be. But progress, albeit much delayed, has occurred. In thinking about all this, the work of Jim Ellis, the dynamic civic leader who died recently at age 98, comes to mind.

The Seattle we know wouldn’t exist but for Ellis, who, in a long career, worked at massive systemic reforms and improvements, including sewage treatment, water quality, transit and transportation, growth management and a long list of other endeavors, not to mention championing the Mountains to Sound Greenway.

He pushed Forward Thrust, a movement and series of bond issues some 50 years ago that dared to look at the city as not stopping at the city limits, but including the broader Puget Sound region, especially King County. He was instrumental in creating Metro, a public agency that helped address regional transit and water quality. Notably, it cleaned raw sewage out of Lake Washington.

Famously, two votes to get mass transit passed failed, not because Seattle didn’t want it — a majority voted for it — but because it needed to pass by 60% of the vote and suburban voters were skeptical, even hostile. Still, Sound Transit exists today in part to fix the damage done by the failure of the mass transit efforts in the late 1960s and ‘70s. It’s slow and expensive. If we’d passed it then, the federal government would have paid for most of it; instead, Atlanta got the system we turned down.

The key thing is that Ellis knew how to package and sell civic improvements, and thinking big — thinking beyond silos for wider impact — was a hallmark. He knew that the city alone could not solve problems that were regional and were about our connective tissues. For example, he hated the trench Interstate 5 created when it cut through downtown Seattle, and he worked ever after to bandage over the wound first with Freeway Park and later with the Washington State Convention Center. He was for an I-5 Lid before that was a thing.

He also knew that regional transportation was an essential problem to solve. And he wasn’t alone in that. Big thinking preceded him. City engineer R.H. Thomson literally flattened and regraded many of Seattle’s hills and neighborhoods to make growth and access easier. The Bogue Plan — named for the civil engineer who created it and which was voted down in 1911 — proposed many big improvements, such as a civic center and more parks and boulevards. But Bogue also knew that greater Seattle’s terrain would limit future growth and access, while extending commute times beyond a dreaded half-hour! (Imagine what he’d think of I-5 or I-405 commutes today.)

Bogue had the foresight to think big and envision underground rail connections to the Eastside and elsewhere to expand the city beyond Lake Washington. We could have started a regional mass transit subway system more than 100 years ago; instead we took a pass. The plan was killed mostly because of the efforts of selfish downtown business interests.

If silos are a problem, you need to create a new public mechanism that can rise above them. For Ellis, he conceived of Metro. In the 1960s, King County government was beefed up with an executive to try to break out of regional restrictions. Do we need to redraw urban boundaries? Create a new authority to deal with coordinated cross-silo challenges, like climate change, or even smaller yet critical ones, like the Ballard Bridge? How do we ensure better coordination? If you combine silos with laborious process and divisive politics, well, you have a recipe for fiasco, even disaster.

If nothing else, the legacy of Jim Ellis could be not only a commitment to pragmatism, but also to getting a bird’s-eye view of the future and what it will take to address it. What would a silo-less Seattle or Puget Sound region look like? A less-siloed Cascadia? What about a region that can better pool resources so that funding for improvements is less sequestered in bureaucratic quarters? Can we learn something from the complexities of replacing a bridge in Ballard that could help us learn how to save for future generations? It’s worth asking.