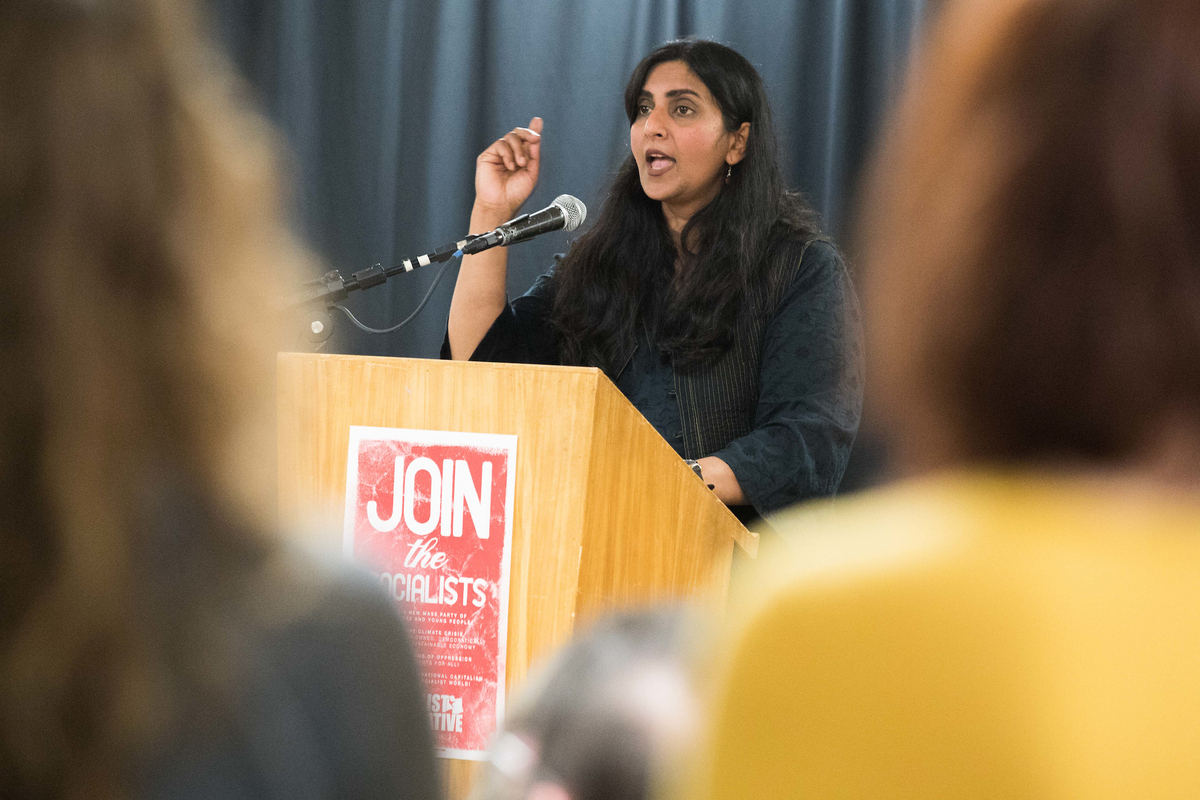 Seattle City Councilmember Kshama Sawant has nearly completed a stunning turnaround in her quest for a third term Friday evening, recovering from a deficit of more than 8 percentage points and taking a 1,515-vote lead over her opponent, Egan Orion — putting her up by 3.6 percentage points.

At that margin, Sawant will almost certainly retain her seat.

After a disappointing result in the initial ballot drop on election night, Seattle’s most famous socialist has cleaned up in the votes tallied in subsequent days, winning around 60% of ballots that were either postmarked or left in drop boxes on election day.

Washington's vote-by-mail system means some last-minute ballots take several days to count. With the late trend strongly favoring Sawant — part of a pattern in Seattle of late-counted ballots tilting left — and relatively few ballots remaining, her reelection is a near lock.

With Sawant's apparent comeback win, an election that was cast by many as a referendum on the leftward lean of Seattle politics has almost completely backfired on the business groups and mainstream Democrats who spent millions in their effort to rein in the city’s progressives.

Far from a moderate takeover, the city’s leftist faction has more representatives than it’s ever had before.

“It is definitely the most progressive council in many years,” said political consultant Crystal Fincher. “The amount of money that was spent and to get these results, it’s just hard to quantify how devastating that is to the people doing it.”

Sawant is among the city’s most controversial politicians and a magnet for both love and hate. Her close reelection will do little to calm those emotions.

But she will be surrounded by a council much more closely aligned with her viewpoint. Of the four new council members, three are equally or more left-leaning than the people they’re replacing. A majority of the council is now fully supportive of taxing high-grossing businesses in Seattle — the infamous “head tax” that was passed then repealed in 2018. Just two — Debora Juarez and Alex Pedersen — were supported by the Seattle Metropolitan Chamber of Commerce.

In the autopsy of Tuesday’s elections, many will wonder if Amazon’s last minute $1 million check to a political action committee supporting more moderate candidates swung close races to the left. Polling around the time Amazon dropped its giant money bomb — about the time voters received their ballots — was reportedly much friendlier for the city’s business-backed candidates than what Tuesday’s results showed, according to multiple sources.

Amazon spent a total of $1.5 million over the course of the election.

Orion himself blamed the late cash dump for turning the election toward Sawant. "Amazon's late contribution to [the Chamber's PAC] was our October surprise and a great gift to the Sawant team who previous to that clearly saw this race slipping away from them," he said in an email. "Let's count every vote and trust the will of the voters."

For Fincher, the late money exacerbated the feeling of “people looking around and feeling like they’re not in control of their communities. Amazon now personifies that whole thing.”

In a statement, a chamber spokesperson said, “It’s time to turn the corner to governing. There is a lot of work ahead on issues like homelessness, affordability, transportation, and public safety. These are long-term issues that require long-term partnership. How our local government chooses to partner – or create division – matters. That is why we engaged in these elections, and the chamber and the business community are as committed as ever to our region’s civic future.”

For victorious candidates, Tuesday’s results validated their approach. “I think it tells us that the Seattle electorate remains a progressive electorate that looks to progressive solutions to the challenges we face,” said Dan Strauss, who will represent District 6 near Ballard after his opponent Heidi Wills conceded Friday.

“The voters are interested in candidates who are not going to listen to corporate power brokers, but are going to advocate for what people want,” said Tammy Morales, who is on her way to defeating Mark Solomon in South Seattle’s District 2.

The exception to the trend of more progressive candidates winning was Alex Pedersen — who also was the only chamber-backed candidate to come in first place in the primary.

Reached Friday, Pedersen said that, despite differences, every new council person will come in with a fresh perspective on what’s most important to voters.

“I’m excited that there are seven people that had to go through the election process and talk to voters directly with the new district system,” he said. “I’m hopeful that all the recently elected council members are really focused on serving their communities to the best of their abilities and collaborating with each other … and collaborating with the mayor.”

But Pedersen, who opposed a tax on high-grossing businesses and has called for more auditing of the city’s spending, may find himself occasionally out of step with his new colleagues. “It’s true that some of them highlighted reintroducing the head tax as being the option; I’m not among those, but I think there’s common ground wanting to address the challenges our city faces,” he said.

Morales, for example, said the new council ought to quickly begin talking about new revenue for housing and homelessness.

“We’re not going to solve these problems by tinkering around the edges with department budgets,” she said. “We need more revenue. That is going to require another conversation around where it’s coming from…. Looking to big business to contribute to the public coffers is a conversation we should have again.”

Strauss, who was more ambivalent on reviving the “head tax” during the campaign, nevertheless said that the city needs more money, but that it shouldn’t come via property or sales taxes. “We need to think creatively,” he said, adding, “The capital costs of addressing the affordable housing crisis are beyond what savings could be found [in the budget]. If you can find $200 million of savings in the city’s budget, please tell me.”

The new council also has implications for Mayor Jenny Durkan as she enters the second half of her first term.

“I think the mayor is in a really interesting position right now — she campaigned against this result, explicitly,” said Fincher, referring to her support for Morales’ opponent, Solomon.

In a statement, Durkan said, "One reason I love Seattle is because people and voters here make up their own minds.... Together, the new council and I will continue to face some tough challenges, including affordability, homelessness, housing and public safety."

Durkan added, "We also have some great opportunities" for the council and her office to work together. "We must continue to ensure our prosperity is shared," she said.

The elected council members have so far avoided talk of a mandate, as each candidate takes their cues instead from their respective districts. But in the days since the election, the message among more liberal candidates has been that incrementalism is not enough.

“[Seattle] hasn’t gone through this big of a change since the Denny regrade and they moved a mountain to build Belltown,” said Strauss. “So let’s move mountains.” 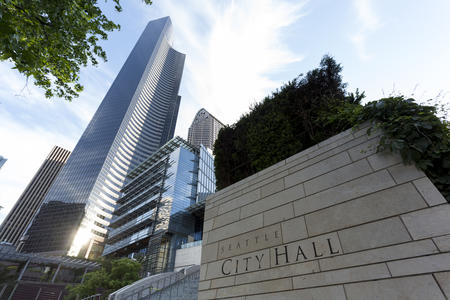