The new rule would increase the cost of citizenship applications for green card holders by 83%, from $640 to $1,170. It would also, for the first time ever, add a fee to asylum applications. 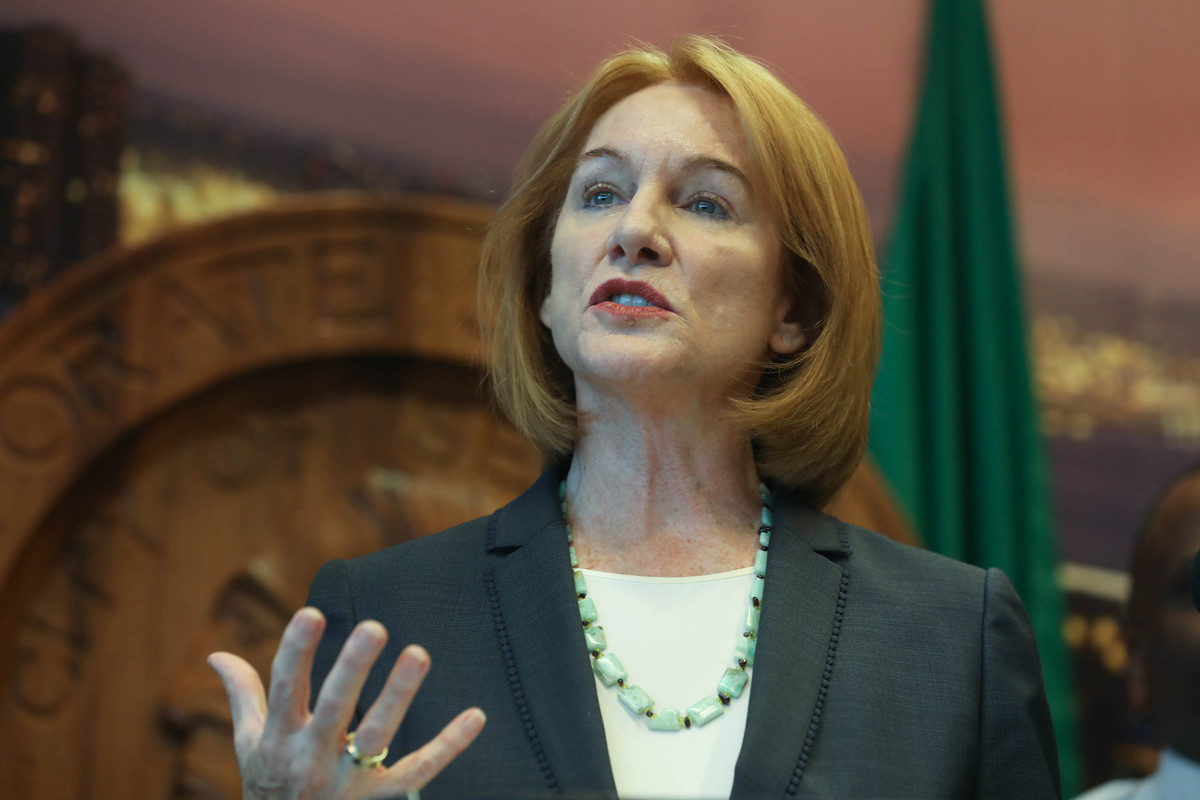 For the second time in less than a month, the city of Seattle is at odds with the Trump administration.

With a slew of immigrant rights advocates standing behind them, Mayor Jenny Durkan and U.S. Rep. Pramila Jayapal, D-Seattle, joined forces to condemn the Trump administration’s attempt to dramatically increase fees for immigrants trying to gain citizenship and make the United States only the fourth country to charge a fee for asylum applications.

At a Monday morning press conference at Seattle City Hall, Jayapal referred to the Trump administration’s immigration strategy as one “defined by its cruelty, its xenophobia, its racism.” She called out White House senior policy adviser Stephen Miller, whom the Southern Poverty Law Center has pointed to as the administration’s architect of “extremist, anti-immigrant ideology.”

Jayapal, one of 14 naturalized citizens in Congress, went on to refer to Trump’s immigration policies as “shameful, destructive and, frankly, soulless.”

She likened a rule change proposed by U.S. Citizenship and Immigration Services (USCIS) to an invisible wall meant to deter not only illegal immigration, but legal pathways to citizenship as well. The change would raise the cost of citizenship applications for green card holders by 83%, from $640 to $1,170, the equivalent of more than a month’s salary under the federal minimum wage.

The new rule would also increase the fee for renewals under Deferred Action for Childhood Arrivals (DACA) from $495 to $765. The DACA program allows certain individuals brought to the U.S. as children to remain in the country.

Additionally, the new rule would, for the first time ever, add a fee ($50) to asylum applications.

“When people come searching for hope, the last thing we should do is ... charge a price of admissions for hope,” Durkan said.

Estela Ortega, executive director of El Centro de la Raza, said the new rule could have an impact on the upcoming presidential election.

“Delaying citizenship to potential new voters is an effective way to suppress the vote,” Ortega said.

Immigration advocates said the estimated $200 million in fee increases generated by the new rule could make its way from USCIS to Immigration and Customs Enforcement (ICE) and lead to increased raids and deportations. They urged the public to submit comments in protest of the rule to the Federal Register by Dec. 16.

In a statement about the fee increases, Ken Cuccinelli, acting director of USCIS, said: The federal agency “is required to examine incoming and outgoing expenditures, just like a business, and make adjustments based on that analysis. This proposed adjustment in fees would ensure more applicants cover the true cost of their applications and minimizes subsidies from an already over-extended system.” Current fees would leave the agency underfunded by approximately $1.3 billion per year, he said.

The rule, which would eliminate fee waivers for low-income immigrants, comes only weeks after the city of Seattle sued the Trump administration over a different proposal, one that would make it harder for green card holders from qualifying for such waivers. Instead of  showing proof that they’ve used public benefits, such as Medicaid, food stamps or Supplemental Security Income, to qualify, applicants would need to order transcripts of their taxes — essentially stripped-down summaries of tax returns.

Advocates in Washington also point out that naturalization cases are already being transferred away from Seattle to USCIS offices in Yakima and Portland, requiring applicants to drive up to three hours for appointments.

The proposed rule change comes at a time when the Trump administration already faces considerable criticism for what some say are federal government attempts to keep poor immigrants out of the country.

Another proposed change, the so-called “public charge” rule, would make it more difficult for immigrants who use public assistance to gain green cards. Federal judges in three states — New York, California and Washington — temporarily blocked the rule before it took effect Oct. 15.

“I want to tell you and remind you that immigrants have always won in the end, and we will again,” Jayapal said as she wrapped up her comments.