Don't let the rain fool you: A water shortage is coming to the Northwest

Climate models predict the Northwest will receive more annual precipitation, but less of it will fall as snow. That jeopardizes fish and farms during dry summer months. 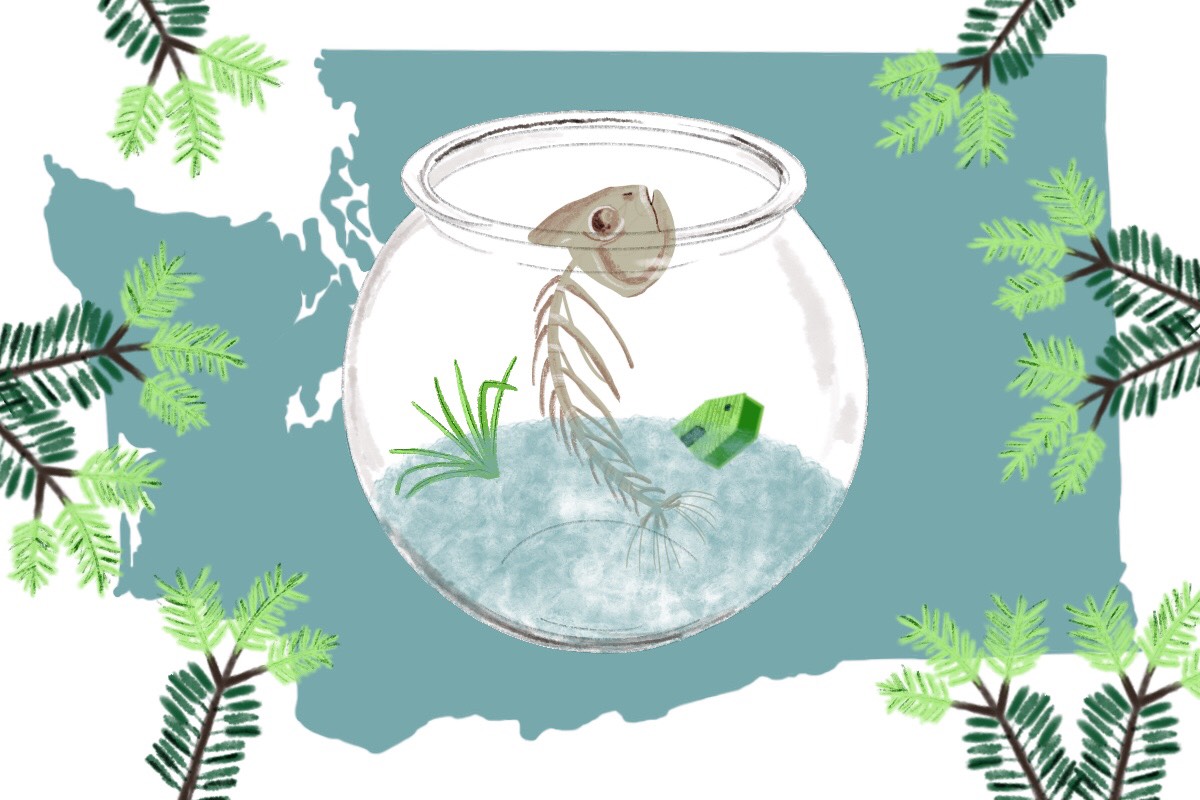 This story first appeared in Bitterroot, an online magazine about the politics, economy, culture and environment of the West.

The Nooksack River winds its way from the glaciers on Mount Baker to Bellingham Bay in northwest Washington. Though it originates in one of the snowiest places in the world, the river this summer was running about as low as it ever has in recorded history. That meant some farms in the berry, dairy and potato-producing region weren’t allowed to water their crops. Similarly low flows in 2015 forced salmon to navigate away from their usual spawning grounds to find cooler water and highlighted vulnerability for some local crops.

“It was a year where our crop numbers were significantly down … less pounds of raspberries, less pounds of potatoes,” said Henry Bierlink, a retired dairy farmer and the executive director of the Ag Water Board of Whatcom County, where the Nooksack River is located. “There are fields that could be growing those crops that are not … the water isn’t there.”

It’s well known that the West’s desert watersheds, like the massive Colorado River system, are water-strapped. But, in the age of climate change, year-round access to water is a growing challenge even in the typically damp Pacific Northwest.

“If we can’t farm for a lack of water here, where could you farm?” asked Bierlink.

As the Nooksack River has dropped to new and more frequent lows in recent summers, those who rely on its water have begun to fret about the future. “I think there is some urgency to these issues and the challenges we face and the need to act,” potato farmer Greg Ebe said. “There is no greater threat than a lack of adequate water supply.”

Ebe and Bierlink, representing the farming community, joined engineers, tribal members and water managers at an event in Bellingham, the county seat, to discuss solutions to the water problem in this wet state. Gray skies and a constant drizzle punctuated the September meeting. Just a few days earlier, rain had brought the Nooksack River to normal flows after it had been running low for months.

The crux of local water shortages is timing. During typical years, snowmelt and glacier runoff tide farmers and cities over during the Northwest’s dry summers. But in years like 2015 and 2019, when low snowpack led to an emergency drought declaration across much of Western Washington, water supplies are jeopardized until fall rains return.

“We have enough water. It’s just not in the right place at the right time,” Bierlink said. “We’ve got to do a better job of managing our water for fish and for farms and for people.”

These anomalous years are becoming strikingly commonplace. The Nooksack River’s three lowest April-to-September flows on record have come during the past five years. The lowest was a result of “the great snowpack drought” in 2015, said Jeff Marti, drought coordinator at Washington’s Department of Ecology. That year, the state received average winter precipitation, but more of it fell as rain that washed downstream rather than sticking around as snowpack. The second lowest was in 2016, during a dry summer potentially experiencing residual effects from the previous year. The third lowest was this year.

“We are really dependent on snowmelt and glacial melt in the summer because we don’t expect a lot of rain in the summer here in Washington,” Marti said. Changing snowfall patterns and shrinking glaciers thanks to climate change are increasing seasonal variability. On May 20, when the drought declaration was issued, the Nooksack basin’s snowpack was at 35% of normal.

“The Northwest climate is definitely warming, and, over long time frames, our snowpack is declining,” Marti said. “More of our precipitation, because of warmer temperatures, is falling as rain instead of snow and not being stored in the mountains.”

Researchers at the University of Washington project the Nooksack River could see an average 27% decrease in summer minimum flows by the 2080s, despite an increase in annual precipitation. Average spring snowpack is expected to dip 55% by the 2080s under a moderate climate change scenario. These changes will reduce river water during the summer months it’s needed most. Many residents and businesses in Bellingham and Whatcom County rely on water supplied from the Nooksack, and farms rely on the river for irrigation.

“There needs to be certainty that there will be water for fish and water for crops,” Bierlink said during the September event. “Without it, our neighbors, family and friends — our community — are left worrying about their culture and their livelihoods.”

The state’s instream flow rule stipulates that some water users can be cut off when the river’s flow is too low. Along the Nooksack, Marti said nine farms are curtailed when the river gets low enough. With that minimum not being met during irrigation-heavy summer months in recent years, farmers are becoming increasingly concerned.

“I do believe agriculture in Whatcom County needs to be preserved,” Ebe said of the county’s $373 million industry. “It would be a tragedy if it were to leave.”

Lower flows and hotter summers mean water temperatures are expected to increase, causing additional hardships for the state’s imperiled salmon runs. Edward Eleazer, regional fish program manager of the state Department of Fish and Wildlife, said “inhospitable” conditions for salmon have already been seen in one of the three forks of the Nooksack River in recent summers.

That’s concerning for the Nooksack Tribe. Left unchecked, climate impacts could wipe out an already diminished chinook population the tribe has long depended on for survival and has retained the right to harvest under the Point Elliot Treaty of 1855.

“We have no chance to rebuild these fish if we don’t have adequate water,” said Ned Currence, a fisheries biologist with the tribe.

Oliver Grah, water resource manager with the tribe, said Nooksack administrators have immersed themselves in local climate change research to better understand and mitigate the potential detriment of climate change to the environment and tribal culture. They are looking into changing the way forests in the watershed are managed, for example.

Marti said those actions are critical to building “long-term climate resiliency” for local communities that depend on the Nooksack River for water. Jim Bucknell of RH2 Engineering, a Washington-based firm that specializes in water projects, said major water users like the county public utility district are studying how to move water from places where it’s in surplus to creeks that need replenishing. Farmers are even looking to irrigation tactics commonplace in the drier Interior West.

“There is at least one irrigator in this basin that is actually trying drip irrigation for potatoes,” Bucknell said. “If he can go from big gun sprinklers to drip irrigation, that’s pretty big. That’s a really encouraging effort.”

There’s work being done to help fish, too. Next year, the city of Bellingham plans to change the way it diverts water from the Middle Fork of the Nooksack River into Lake Whatcom, the city water supply, to remove a dam and open 16 miles of habitat to fish.

Bucknell said that, while the variety of small-scale efforts is a step in the right direction, the future may require something bigger, like mass water storage. That could take place either in existing and man-made ponds, wetlands and lakes, or behind a large dam — like the dozens that help control water on the region’s desert rivers.

“As much as I’m not a big fan of big storage dams for a lot of environmental reasons, I think with climate change, the feelings about big storage dams may change,” he said. “I think it’s worth looking at.” 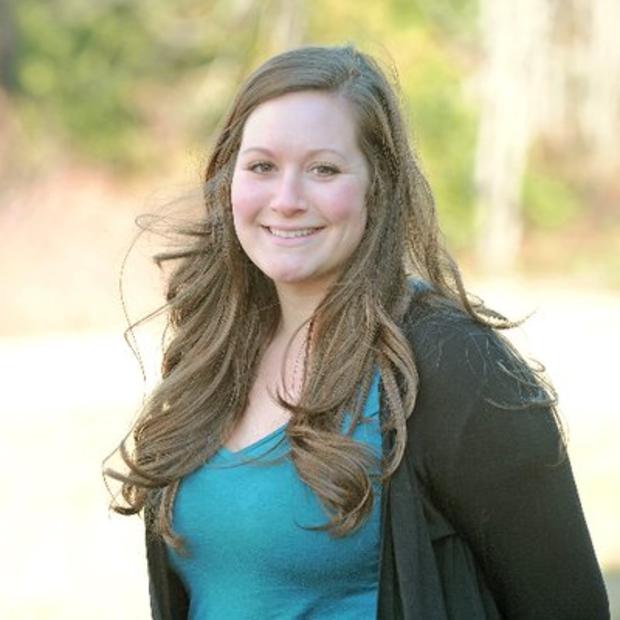 Kimberly Cauvel is an environmental journalist based in Bellingham, Washington. @KimberlyCauvel