An anti-trans group hosting an event at the library this weekend advances bigotry, not honest public discourse. 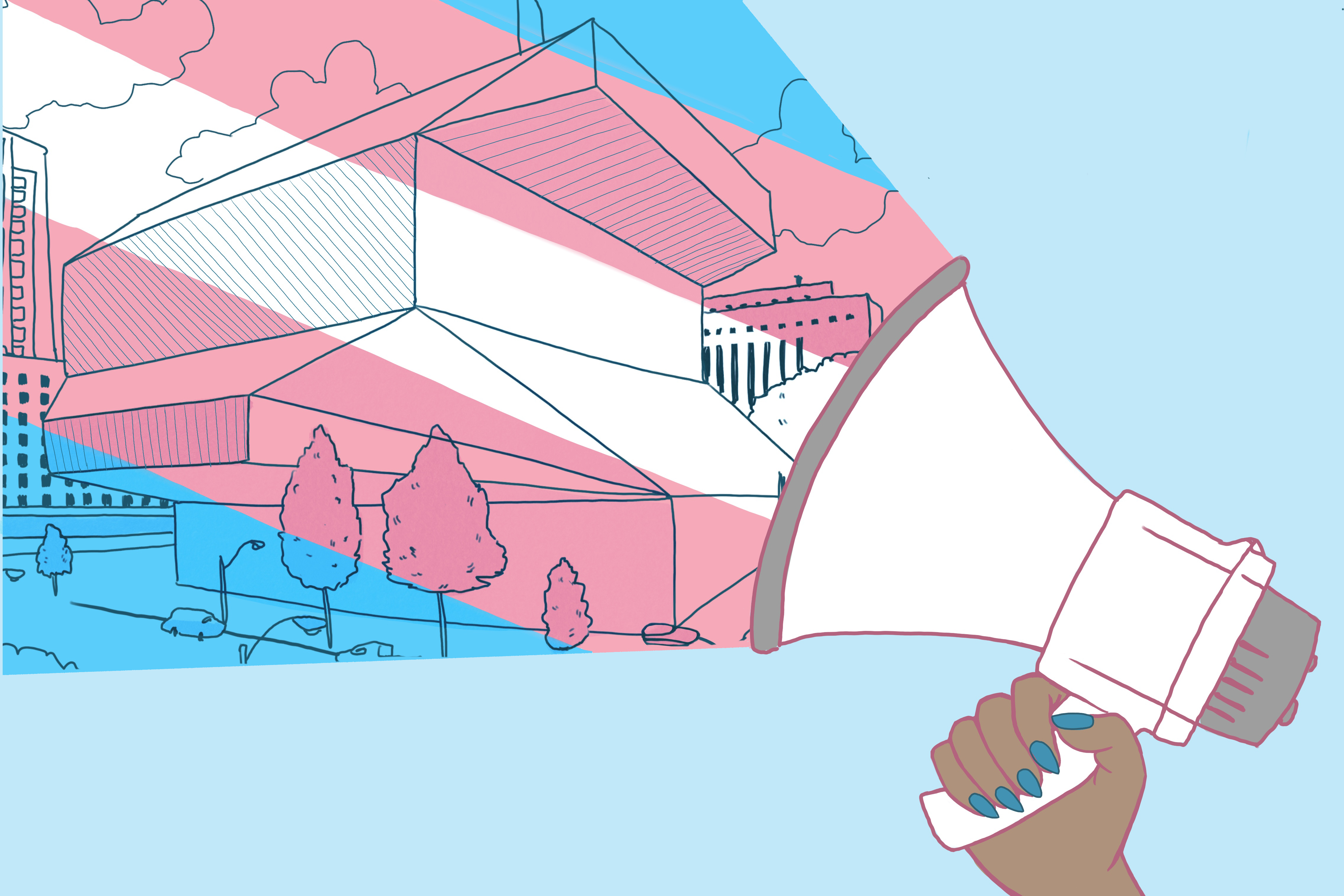 The board members of the Seattle Public Library should act like the custodians of public discourse they are and denounce the moral and argumentative flaws of the anti-trans group using its facilities, writes Sam Sumpter. (Valerie Neimeyer/Crosscut)

Earlier this month, the Seattle Public Library decided that it will allow a group of trans-exclusionary “radical feminists” (TERFs) to hold an event centered on rejecting the rights and identities of transgender people. Following widespread objections and calls from the trans community to cancel the event, the library has responded with by-now predictable talking points about the value of, and need to protect, intellectual freedom, a response that self-professed defenders of free speech have praised.

This conversation isn’t new — we’ve been having some version of it for years. For TERFs, leaning on dogmatic conceptualizations of free speech has been a convenient way to push bigoted, pseudoscientific claims about gender. TERF ideology most basically characterizes trans women as men-pretending-to-be-women, allegedly to “invade” women-only spaces, assault women or otherwise exercise misogyny. These arguments rely on cherry-picked biology and function as dog whistles to stoke prejudice and trans panic. And, unsurprisingly, mainstream TERFs and free speech dogmatists are apparently all hanging out together.

But this piece isn’t for TERFs or their friends. It’s for everyone else who genuinely cares about trans people and wants to make sense of the purported incompatibility of championing both free speech and marginalized people. This piece also isn’t meant to contest the importance of free discourse, which I firmly believe is indispensable to democracy. Nor is it meant to supply precise answers.

I want instead to dig into a dynamic of this conversation that has received too little attention.  Whether it’s TERFs at Seattle Public Library or any other iteration of the problem, a dogmatic conceptualization of free speech inherently reflects unacceptable defeatism about what our world is and can be.

Over the past several years, the kind of free speech debate currently playing out at SPL has taken a predictable structure. Side A demands that Side B not grant a bigoted speaker a platform for pushing a dangerous agenda. Those on Side B respond by saying they have no choice but to grant the platform because a commitment to free speech demands it, typically packaged with a warning that restricting the free speech of one group is a slippery slope toward restricting free speech for everyone. And in Seattle, Side B is often very eager to show that we’re all still superprogressive together, don’t worry.

“We don’t agree with (insert hate group here),” they’ll say. “But if you’re committed to free speech, you’ll accept that they get to say it. It’s the cost of doing business in a democracy.”

Plenty of people have illuminated concerning holes in this kind of dogmatism. Philosopher Talia Mae Bettcher has shown that spreading dehumanizing stereotypes about trans women directly licenses violence against them — a position echoed by Gender Justice League’s Elayne Wylie and Tobi Hill-Meyer.

There’s also the work of legal scholars like Charles Lawrence III and Jeremy Waldron, who articulate an important distinction between ideas that are simply challenging and ideas that fundamentally attack the dignity of a group of people. In response to the recent uptick of TERF prominence in academic philosophy, the group Minorities and Philosophy has detailed similar arguments.

But even with this rich guidance, there’s always been something unresolved for me — something that lurks beneath the surface, difficult to name but critically important.

“We don’t like it, but intellectual freedom demands it.”

For such a small word, that “but” is utterly maddening. It communicates a readiness to grab at reasons to avoid taking morally important action. It reflects a lack of aggravation with the status quo that’s dangerously comfortable. It also gives that unnamed dynamic a name — defeatism.

In the context of the TERF war at SPL, the dogmatic approach sends an unmistakably defeatist message to trans folks. We get the message that not only is our safety and dignity not a priority, but there’s also nothing that can or will be done to stop our endangerment and dehumanization. We get the message that we can protest it, but democratic social order obliges us to tolerate public transphobia.

This is a bleak picture of democratic society, and I won’t accept it.

Because here’s the thing: We don’t have a chance at improving the world if we let ourselves idle in it-is-what-it-is-isms. This resigns us to the status quo at a time when the safety, livelihood and dignity of oppressed people demand nothing less than the radical upheaval of the status quo. We must instead think aspirationally, and try to meet organizer Jane McAlevey’s call to raise our expectations about what we’re capable of accomplishing and what we’re entitled to expect from our society.

Maybe you’re thinking: Accepting that transphobia is allowed to be articulated in public doesn’t mean accepting transphobia itself. I’ll grant that there are nontrivial conceptual differences there.

But when our appeals to conceptual distinctions aren’t explicitly accompanied by a commitment to the possibility of deep structural change, and the work necessary to enact it, they serve no one but the status quo. No conceptual distinction alone is enough to change the urgent reality of ongoing transphobic violence.

However, because public discourse is shaped by power, those in positions of power — like the SPL board members — have both the ability and the responsibility to act as the custodians of public discourse that they are. This responsibility requires far more than issuing bland, exasperatingly diplomatic statements that ooze defeatism. It requires embodying a fundamental principle of public discourse: that ideas warrant consideration only when they’re constructive and can withstand reasonable critique.

It requires naming that, conversely, TERF ideology functions solely to advance bigotry: It necessarily depends on cherry-picked evidence. Its only answer to criticism is a playbook of self-confirming rationalizations. It has no intellectual content, only an agenda: dehumanizing trans people.

As custodians of public discourse, SPL is minimally responsible for exposing these major argumentative and moral flaws. Perhaps this begins with a statement that doesn’t read like a dishwasher manual. But, ultimately, it also demands concrete action, because altering the status quo necessarily requires grassroots organizing around an array of strategies. To that end, these practical demands, endorsed by hundreds on a petition to SPL, are certainly a start.

Adopting and enacting an aspirational vision of a society that’s deeply premised on the liberation of oppressed people is damn hard and doesn’t follow any easy or predefined paths. But we can’t afford to let defeatism about transphobia — in whatever subtle ways it emerges — go unchecked. Particularly when we’re in positions of power, if we let it weave into our public discourse without naming or challenging it, we let it fester and guide our collective instincts. We let it give us palatable excuses to rest easy in inaction. But we can’t be satisfied with this.

We can’t let ourselves off the hook. We have to be brave and unequivocally uplift the dignity of vulnerable people. That can’t happen until we take that maddening ”but” out of our vocabularies. 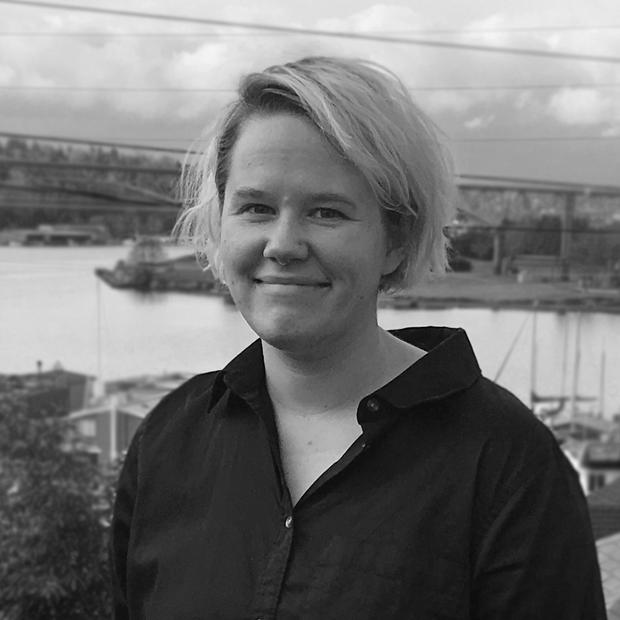 Sam Sumpter is a PhD candidate in philosophy at the University of Washington.