To prevent a tariff war, Washington lawmakers may take back some of the company's record-setting tax break — and free up $100 million per year in the state budget. 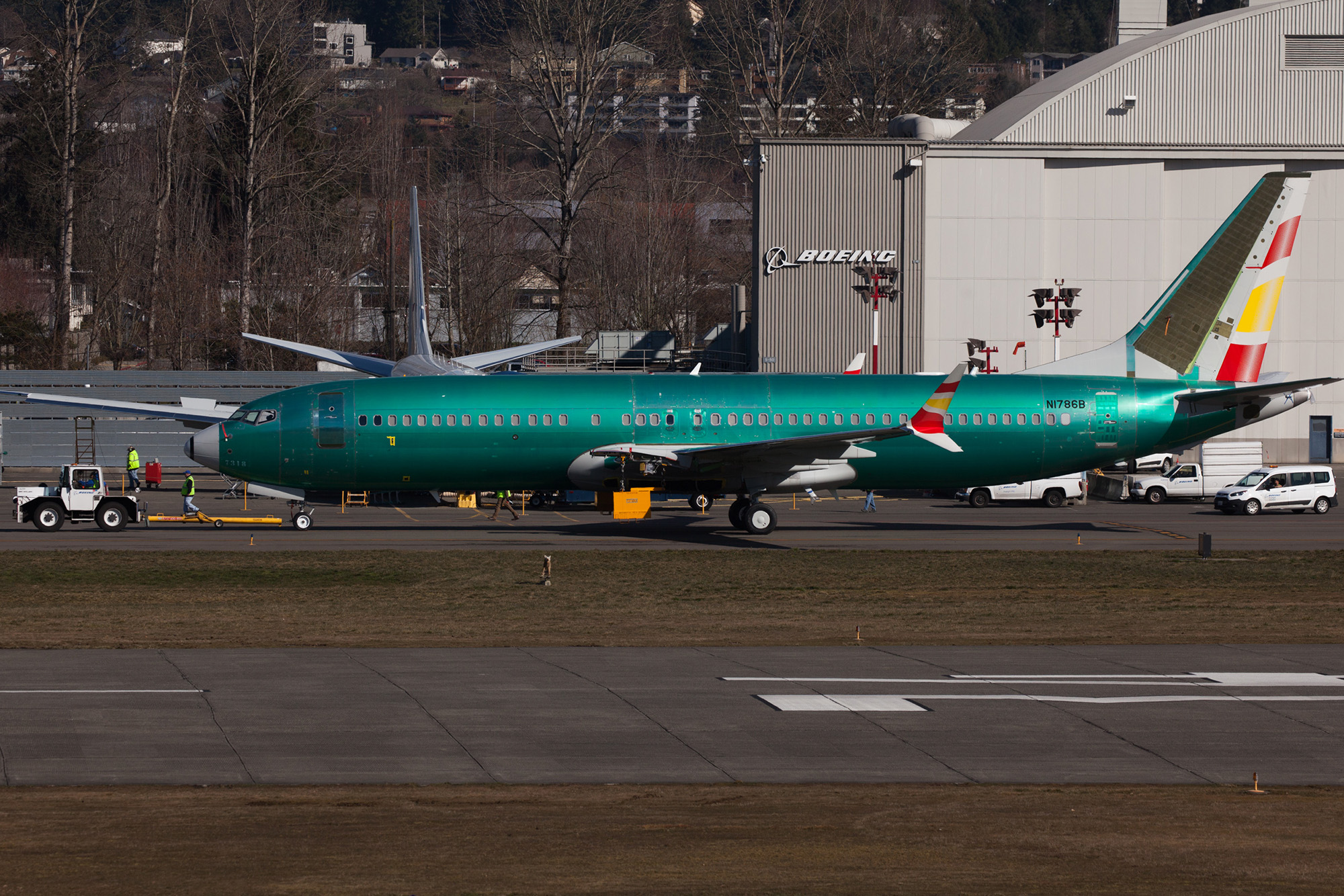 A Boeing 737 MAX 9 sits along the tarmac at Renton Municipal Airport, near the Boeing plant in Renton, Wash., March 13, 2019. (Photo by Matt M. McKnight/Crosscut)

Seven years ago, Washington lawmakers approved an $8.7-billion tax break package to benefit Boeing and other aerospace companies, with the goal of ensuring Boeing would build its new 777X airplane in the state.

Now, Boeing is asking lawmakers to rescind a major part of that record-setting tax break to avoid the threat of retaliatory tariffs from the European Union.

The Washington Legislature is likely to pass a measure that would remove the special business and occupation tax rate it charges Boeing and other aerospace companies. The idea is not just to help out Boeing, but also to prevent the European Union from imposing tariffs on other Washington exports, such as agricultural products.

According to the World Trade Organization, Washington’s aerospace manufacturing tax break constitutes an illegal government subsidy to Boeing — one that has harmed the company’s European rival, Airbus.

Getting rid of Boeing’s preferential tax rate would not only help Washington state extricate itself from the center of an international trade dispute, however. It would also free up tens of millions of dollars per year that could be spent on other parts of the state budget.

Already, Washington lawmakers are talking about how to spend the millions the state would regain by nixing Boeing’s tax break.

The aerospace manufacturing tax break saved Boeing about $100 million per year in 2018, according to the state Department of Revenue. All other companies that benefit from the tax break reported saving about $20 million combined that year.

For its part, Boeing isn’t taking a stance on where the money from its tax break should go. “This is for the legislature to decide,” Boeing spokesperson Bryan Watt wrote in an email.

Here are some of the ideas circulating in Olympia.

Washington lawmakers don’t expect this trade dispute to last forever. The bill under consideration in Olympia to remove Boeing’s tax break also includes a provision to restore it later on, should the United States and the European Union eventually strike a deal to allow that.

For legislators, that means that eliminating the tax break wouldn’t necessarily give them a permanent stream of new tax dollars to work with, said state Sen. Marko Liias, D-Lynnwood, who is sponsoring the Senate bill to get rid of the tax preference.

“It could be two or three years until a resolution is reached, but we don’t want to create an expectation that the money will be available forever,” Liias said.

Because of that, Liias said he and other lawmakers are brainstorming short-term uses for the money that would still provide some public benefit.

One idea would be to jump start new types of workforce training programs, he said.

Liias said it may be possible for state officials to partner with private entities or provide startup funding, without having to commit to paying for apprenticeship programs in perpetuity.

“I envision something where you do a startup to get new apprenticeship models off the ground, and they then become self sustaining,” Liias said.

House Majority Leader Pat Sullivan, D-Covington, said it’s a little early to say where the reclaimed tax money should go, noting that it wouldn’t really come into play until next year’s budget discussions.

Still, Sullivan said, he would be interested in putting the extra revenue toward career and technical education programs.

Sullivan, who is sponsoring the House version of the Boeing tax-hike bill, said career and technical training (CTE) programs at high schools and colleges often rely on specialized equipment that is hard to come by.

“A lot of schools really have trouble doing high quality CTE, because the equipment becomes outdated so quickly and is so expensive,” Sullivan said.

Increasing state grants to those programs could be a big help, Sullivan said. And,  because the money would go toward purchasing immediate needs such as tools and equipment, it wouldn’t necessarily be an ongoing expense.

Liias said another option would be to spend the money on building new facilities at colleges and universities.

Ideally, the senator said, those investments would go toward facilities focused on students pursuing degrees in science, technology, engineering and math (STEM), to help meet the statewide demand for employees trained in those fields.

While $100 million per year couldn’t pay for a massive statewide construction spree, Liias said it would be enough to add a new building at a community college, for instance.  Theoretically, that type of modest investment could be made using the Boeing money without having to incur additional costs and debt from construction bonds.

Republicans, too, have ideas for how the Boeing tax break money could be redistributed. State Rep. Drew Stokesbary, R-Auburn, said he plans to introduce legislation that would use the windfall to pay down some of the state’s pension obligations.

Stokesbary, the lead Republican on the House Appropriations Committee, wrote in a text message this week that using the Boeing tax money for that purpose could speed up how fast the state retires some of its unfunded pension liability.

For instance, while right now Stokesbary said the state is scheduled to pay off debt from a long-closed plan for retired teachers in six or seven years, he thinks that timeline could be reduced to about four years using the Boeing money.

Since the state recently had a positive revenue forecast, which generated extra money for state operations, Stokesbary said the Boeing money is “certainly not needed to balance our budget.”

“So the most prudent use is to pay down our debts,” he wrote.

The state also has other pressing obligations to consider. Washington officials are under a court order to fix hundreds of culverts — tunnels that carry water under roads and highways — that block fish from migrating to important spawning grounds.

The state is still on the hook for more than $3 billion in costs associated with replacing the fish-blocking culverts. Officials are staring at a court-ordered deadline of 2030 to complete much of the work.

For that reason, State Sen. Curtis King, R-Yakima, thinks the Boeing money should go toward fixing the culverts, first and foremost.

In a news release, King said that one-time capital expenses, like building the new, fish-friendly passageways under freeways, would be a smart use of the short-term funding expected from canceling the Boeing tax break.

“We are required by federal court to remove barriers that prevent fish from reaching spawning habitat, but the state hasn’t been able to identify a reliable funding source to allow us to truly start this extensive project – until now,” King said in a news release.

“This plan that I am offering will allow the state to improve fish passages without affecting other important road and highway projects.”

King is co-sponsoring the Senate bill that would cancel the Boeing tax break.

Liias, the bill’s lead sponsor, said he thinks the culvert problem “is clearly a pressing need that we have.”

But state Rep. Jake Fey, a Tacoma Democrat who chairs the House Transportation Committee, questioned this week whether using money from the Boeing tax break to replace culverts makes sense. The Boeing tax dollars would theoretically flow back into the state general fund, while the culvert repairs typically are paid for using a separate transportation budget.

“Anything can happen, but I don’t see the nexus between the Boeing money and the culvert problem,” Fey said Monday.

Public hearings were held in both the House and Senate earlier this week on the proposal to remove Boeing’s preferential tax break. The measure is scheduled for a vote Thursday in the House Finance Committee.