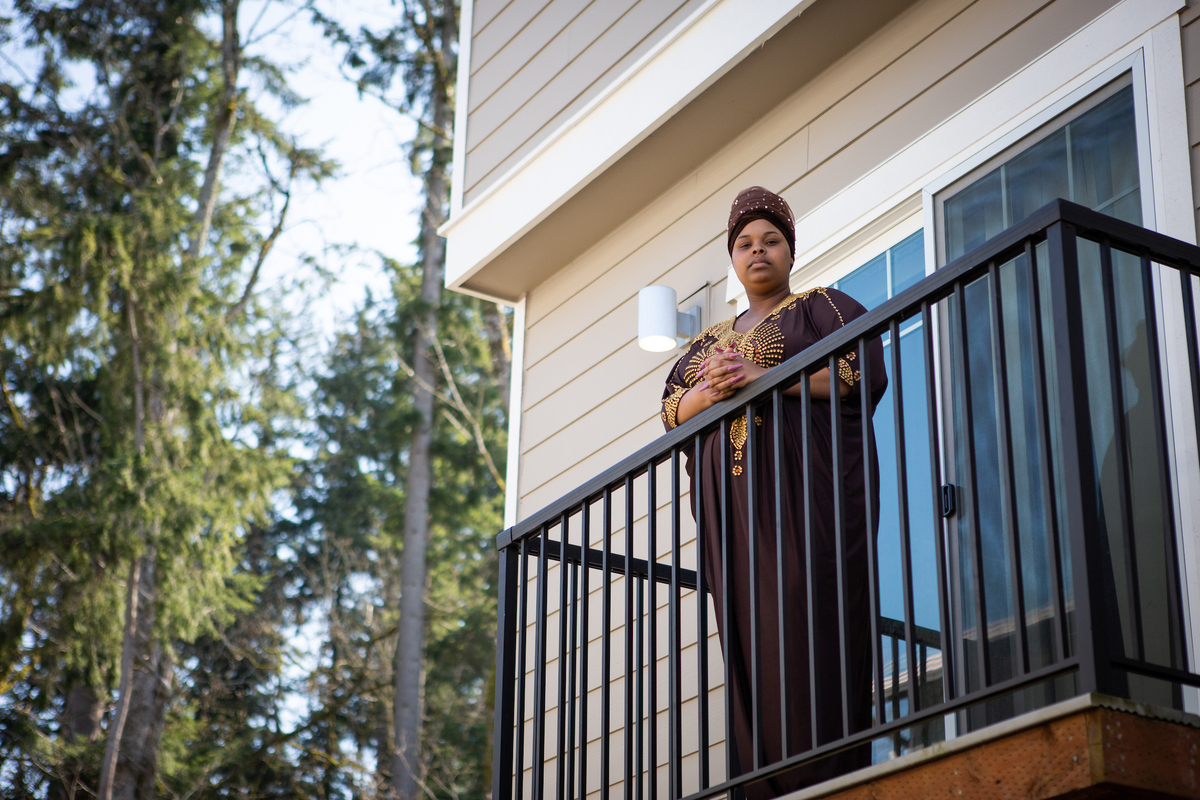 The COVID-19 outbreak has impacted the Rojas family in almost every possible way.

Dailin Rojas, 24, a day care worker, was laid off after business dwindled because of the outbreak. Her family of eight has been mostly stuck inside their three-bedroom Bothell townhome. Her husband, a chef at the Cheesecake Factory, is working fewer shifts.

And about 50 miles to the south, her mother is also stuck inside, as a detainee at the Northwest ICE Processing Center in Tacoma.

Marjoris Ramirez Ochoa, 43, who has been held in the Tacoma facility for about a year, suffers from a myriad of health problems, including epilepsy, kidney disease, chronic high blood pressure and depression.

According to a lawsuit filed by the Northwest Immigrant Rights Project and the American Civil Liberties Union urging her release, Ramirez has experienced five seizures while detained and is “critically vulnerable to COVID-19 because of her significant health problems.”

In a phone interview from the detention center, Ramirez said, "It’s not worth my time to even go to medical here.”

"They’re not taking care of anyone,” she said, sobbing. “I don't know what’s going to happen with me,” she added, noting that many who are detained are scared of the guards and what they may bring in from the outside world.

Since the outbreak, Ramirez has kept up with the news surrounding COVID-19 by watching TV and video chatting daily with her daughter. She has not only herself to worry about, but her family as well, including her six children.

“I am very scared of getting sick and of one of my family members getting sick,” she said. “Es mucho” she said in Spanish — “it’s a lot to worry about.”

But there is reason for Ramirez to hope. According to court records, a judge ordered in March that Ramirez be deported to Cuba. In the past, Cuba has often refused to issue the travel documents needed for deportation, though that has recently begun changing. Based on court rulings, Immigration and Customs Enforcement (ICE) cannot indefinitely hold someone and must release those it is unable to deport.

The ACLU and the Northwest Immigrant Rights Project also continue to push for the release of detainees crammed into cells together at ICE facilities. In their latest appeal to Judge James L. Robart of the U.S. District Court for the Western District of Washington, lawyers pointed out that two doctors who serve as experts for the Department of Homeland Security recently submitted a letter to Congress warning of the “tinderbox” conditions at immigration detention centers.

“Those who contract COVID-19 with symptoms that require medical intervention will need to be treated at local hospitals, thus ... overwhelming treatment facilities,” the doctors warned.

Lawyers also noted that John Sandweg, former acting director of ICE, recently called the design of ICE facilities “the opposite of the social distancing now recommended for stopping the spread of the lethal coronavirus.”

So far, ICE has confirmed at least four COVID-19 cases among detainees, but has released more than a dozen from across the country, including two from the detention facility in Tacoma. Enoka Herat of the ACLU of Washington explained that although the judge has yet to rule in the group's favor, guards last week suddenly told two detainees who are part of the lawsuit demanding Ramirez’s release that they were free to go.

Tanya Roman, a spokesperson for ICE in the Pacific Northwest, said the agency does not comment on pending litigation. Court documents show, however, that the agency argued that any allegations of detainees being in danger from COVID-19 are “purely speculative” at this point, as inmates at the Tacoma detention facility have yet to test positive for the virus.

The ACLU and the Northwest Immigrant Rights Project, meanwhile, argue the Fifth Amendment and the Eighth Amendment’s prohibition against cruel and unusual punishment protects those in civil detention in circumstances like these. 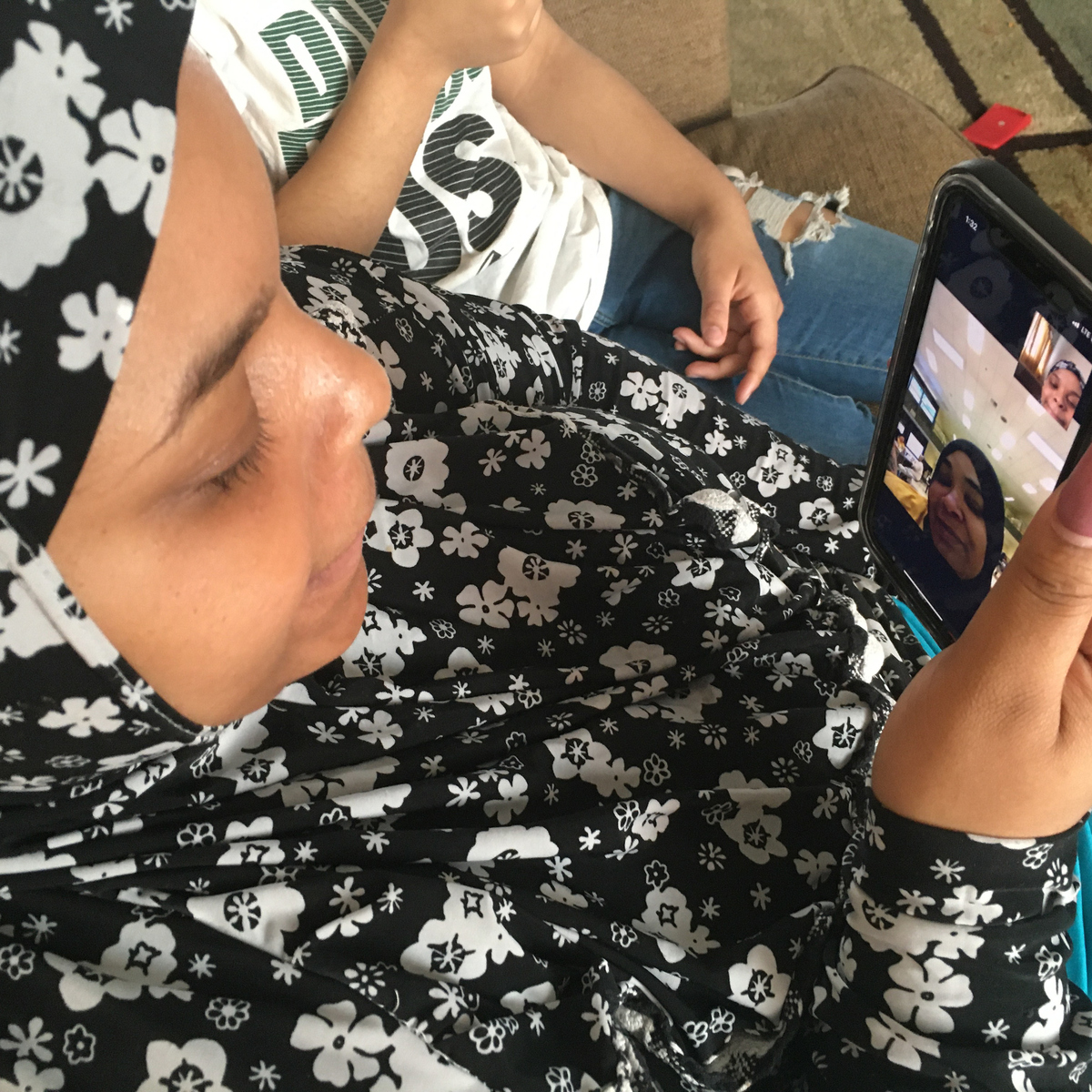 Dailin Rojas speaks with her mother, Marjoris Ramirez Ochoa, who is currently in detention at the ICE facility in Tacoma. (Courtesy of the Rojas family.)

Dailin Rojas speaks with her mother, Marjoris Ramirez Ochoa, who is currently in detention at the ICE facility in Tacoma. (Courtesy of the Rojas family.)

To hear her family tell it, Ramirez has a complicated and often traumatic past. As a young girl growing up in Cuba, she was forced into a marriage with an older man. In an attempt to escape her family, she slept on the beach. She asked tourists for money.

Eventually, she left for the United States, leaving one daughter behind. She was pregnant with her second daughter when she arrived in Miami. In New Mexico, she escaped an abusive relationship and gave up for adoption a special needs child who used a feeding tube. According to court records, Ramirez was charged in 1999 with abandonment or abuse of a child. Her daughter said police beat her mother when she was pregnant.

About six years ago, Ramirez landed in the Pacific Northwest, temporarily staying at a shelter. Last year, she pleaded guilty to robbery in the second degree and was transferred to the ICE detention center in Tacoma.

According to Tacoma police, a family Ramirez, her husband and one of her daughters temporarily stayed with accused them of armed robbery. Rojas maintains her family was staying at the Shoreline Hotel when the robbery was said to have occurred.

Court records show police did arrest the family at the hotel. Police said they found two guns with the family, and one matched a cartridge found on the stairs of the crime scene. The other, a silver revolver, matched the description given by one of the accusers.

Ramirez has been charged with minor theft in the past, but maintained, “I didn’t do what they say.”

“I’ve made mistakes, but I’ve had to pay a very high price for my mistakes,” she said.

At the time of her plea, Ramirez wrote that she does not “believe I am guilty of the offense. However, after reviewing the police report with my attorney I believe there is substantial likelihood I would be found guilty at trial.” She was sentenced to six months in jail.

Her daughter, Rojas, also argued that her parents were framed for robbery, possibly because of a dispute over rent.

As her mother’s immigration case proceeds, Rojas said she is growing impatient in the midst of the pandemic.

“I never knew how much I needed her until now,” said Rojas, wearing a dark purple hijab. “It’s been really hard.”

“We all need her. We’re all suffering. Especially my little sister,” Rojas said of the 12-year-old she now cares for. “I act really strong. I don’t cry. I cry in the shower. In front of them and in front of my kids I have to put up a front.”

Rojas, who like her mother has epilepsy, said her Muslim faith helps but that she’s “not going to give up. I’m not going to take no for an answer.”