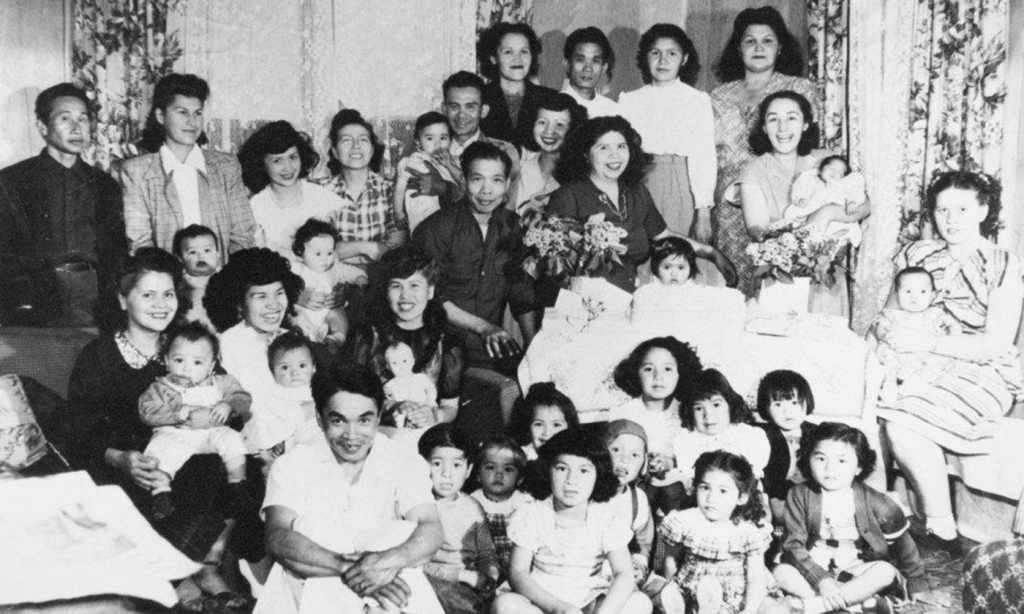 Honor Thy Mother is a documentary tribute to the Aboriginal Canadian and Native American women who assimilated into a Filipino immigrant community on Bainbridge Island in the 1940s. In the film, their adult children describe their mothers’ lives and the struggle to claim their own Indipino identity — both Indigenous and Filipino.

When Japanese Americans from Bainbridge Island were forced from their homes and taken to concentration camps in 1942, they handed their farms over to immigrant Filipino workers to manage in their absence. In turn, the Filipino managers recruited Native people to help with the strawberry harvest that year. Young women were among those who came from Canada and other parts of the Pacific Northwest to work in the berry fields. Romance blossomed, and marriages between Filipino men and Indigenous women put down roots for the island’s Filipino American community.

But the circumstances that brought these couples together included the brutal dispossessions of colonialism. Some of the women were First Nations people from British Columbia, survivors of church-run residential schools with the cruel goal of “removing the Indian from the child.” The Canadian government stole children as young as 5 from their families and put them in residential schools, where they received “the strap” for speaking their Aboriginal languages rather than English.

The young women, some only in their midteens, showed strength and resourcefulness in traveling to Bainbridge Island in search of work and opportunity. But the lessons of cultural genocide were not left behind. Their adult children, now in their 60s and 70s, tell painful stories in Honor Thy Mother about how their mothers learned to hide their cultural and racial identity. In one family, the children did not know their mother was Indigenous. In another, a son recalls, “When I first grew up, my mom said to not claim that I was Native American because there was such a negative feeling about Indians. So she told me, ‘Don’t say you’re Native. Tell them that you’re your dad’s culture, Filipino.’”

The double burden of racism from the dominant white culture and within the growing Filipino community was a hardship to both children and parents. One daughter says her own mother, like about a dozen others in the group, did not have the coping skills to “go from one oppressive environment to another oppressive environment.”

Eighty years on, only one of the first Aboriginal mothers of Bainbridge Island’s Filipino Indigenous community tells her own story in the film. The other women are present only in old photographs, poised in lovely moments of youthful fun that make the stories of trauma and loss all the more piercing.

As adults, the first Indipino children of Bainbridge Island worked through racism and intergenerational trauma to reconnect with their Indigenous relatives and heritage. They created new identities and a community that asserts and values both sides of their family history. In doing that, as in this film, they have indeed honored their mothers with honesty, emotional courage and deep understanding.

Where to see the film:

Honor Thy Mother will be screened at Tacoma's Destiny City Film Festival, which runs Feb. 28-March 6.

Honor Thy Mother: The Untold Story of Aboriginal Mothers and their Indipino Children, Stourwater Pictures, 32 minutes. Produced and directed by Lucy Ostrander; photographed and edited by Don Sellers. Executive producer Gina Corpuz. The film is winning awards on the festival circuit and available to purchase here. Watch the trailer on Vimeo here.

Valerie Schloredt is the books editor at YES! Magazine, where she leads print and online coverage of literature, media, and film, with a focus on social change movements.