Made There: This Kingston pop-up dishes out popular Latin favorites

At Argensal, flavors of Argentina and El Salvador are a match made in culinary heaven.

Whenever Argensal’s pop-up tent appears, lines of fans follow. At farmers markets, community events and brewery parking lots, locals nosh on empanadas, pupusas and alfajores while catching up with two women who have secured a place in the hearts and minds of the Kingston, Wash. community. Established in 2019, Argensal serves authentic cuisine that honors its namesakes, Argentina and El Salvador, and is as special as the friendship by which it was inspired.

When Maria Cornelius and Sabrina Errecalde met in 2017, their connection was instant. The fast friends quickly became chosen family.

“We met two months before my wedding and we became really good friends,” Maria recalled. “And she just stepped in and did pretty much everything. All the planning, all the decorating and I remember walking into my reception thinking, ‘Oh my gosh, this is better than I ever dreamed.’”

Sabrina said she entered Maria’s world at the perfect time. She’d had a lifetime of cooking and planning events to apply to her friend’s wedding plans.

As a child, Sabrina often helped her mother in the kitchen, developing her skills and appreciation for food made with careful attention and love. An enthusiastic cook, Sabrina continued her training at a bed-and-breakfast in Mississippi, where she refined her skills over the course of 13 years in a commercial kitchen. When she moved to Kingston in 2017 and met Maria, she was ready to work toward the dream of working for herself.

While Sabrina was intent on cooking for a living, Maria wasn’t always so sure. She attended culinary school and worked in various restaurants in Kitsap County, but said she felt called to become an entrepreneur as her parents had been during her childhood.

“They’re just a big inspiration,” Maria said. “When people ask me, ‘What do you want to be when you grow up?’ I always answered, ‘I want to be a business owner.’”

After the friends decided to embark on a restaurant pop-up, Maria began building her repertoire. Sabrina had a firm grasp of Argentinian food. Her mother had begun teaching her the family recipes from an early age. But Maria hadn’t spent time cooking the Salvadoran food she’d grown up with. She enlisted an aunt to help her perfect the Salvadoran recipes. Maria wanted to get the flavors and techniques just right, particularly for the tamales, which can be tricky. The street foods from Argensal complement one another, reflecting the friends who make them and serving as an epicurean reminder of the beauty that can be found when culture is shared.

Having recognized that many cultures have versions of empanadas, Sabrina has a few tips for anyone looking to try their hand at these pocket-sized pies. Filling preferences aside, you’ll want to make sure the hand pie remains sealed shut until you’re ready to bite into it.

When making hand pies or empanadas with various fillings, knowing how to tell them apart is a game-changer. Sabrina uses different crimping styles to identify each empanada flavor. You can see them in action at the 3:50 mark in the video.

After placing the filling in the center of the dough, brush a thin layer of water along the outer edge of one half of the circle. Fold the dough in half, encompassing the filling, pressing the edges of dough together just firmly enough so they stick. There’s only one technique, below, that requires a tool – but don’t worry! It’s a run-of-the-mill fork. For the remaining crimping styles, you’ll just need some folding techniques. Here are six styles to try:

Style 1: When you have your half moon pastry ready for crimping, simply lay it flat and press the tines of a fork along the curved edge to seal it.

Style 2: This crimping style leaves you with an edge similar to a spiral. Take the sealed edges of the dough between your thumb and forefinger and roll the dough over itself in ½ inch to ¾ inch sections from one end to the other.

Style 3: Another crimping style creates wide pleats along the edge. Starting about 1 inch from the corner, place your thumb and index finger of one hand a half-inch apart on one side of the dough edge, and use the index finger on your other hand to press the dough between the space from the other side. The dough will fold over and lay back on itself creating a fan shape.

Style 4: The next style uses a similar technique as the previous one, but instead of pressing the dough into 1-inch flat pleats, you’ll pinch half-inch sections and squeeze the dough together so the edge rises up in points like a miniature crown.

Style 5: This crimping design results in a pastry that looks as though it’s been gathered tight by drawstrings. Rather than starting at one end and going to the other, this crimp works by pinching the dough edge at both corners to the center, leaving tight folds that stand upright.

Style 6: This one is less of a crimp and more of a fold. Sabrina admits it can be tricky to get the hang of it, so don’t give up if the first attempt is a fail. Take the sealed edges of the half moon and fold to one side, laying the sealed edge against the pastry. With a corner in each hand, bring them together as if the pastry is wrapping itself in a hug. Pinch the corners together to secure, creating a circular dumpling. 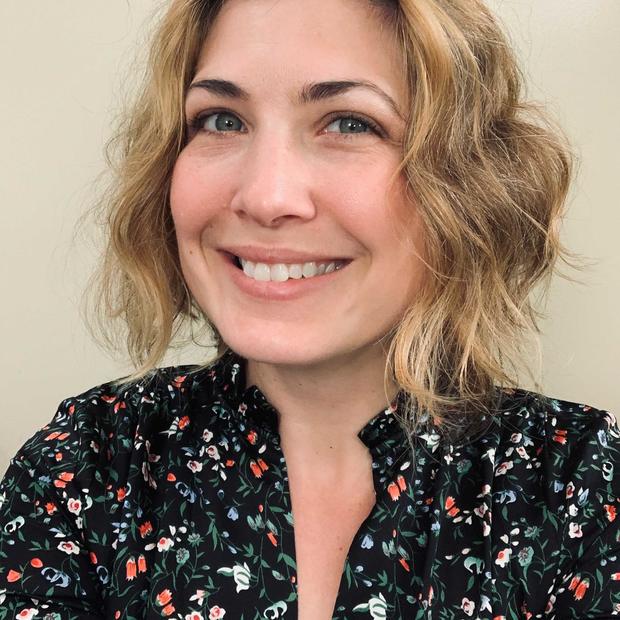