The Snoqualmie Tribe is launching a public awareness campaign to make recognizing use of ancestral lands more than ‘checking a box.’ 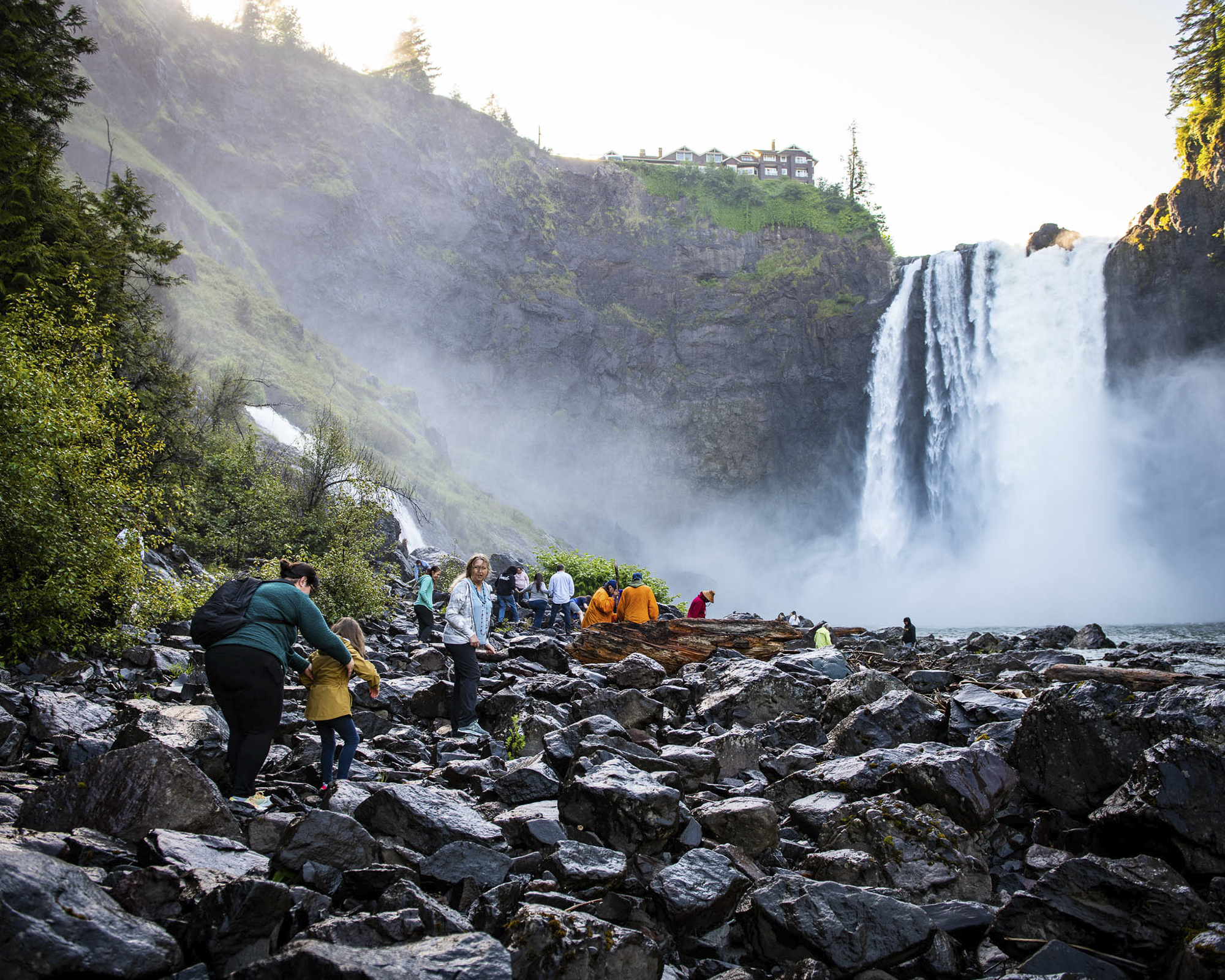 Snoqualmie Tribal Members and guests visit sacred Snoqualmie Falls as they celebrated the National Day of Prayer for the Protection of Native Sacred Places on June 18th, 2021. (Snoqualmie Tribe)

If you've been in a government meeting or at a (virtual) live event lately, chances are you've seen a land acknowledgment: a brief statement that you're on local tribal land before the proceedings move on to the main agenda. If it feels performative, like you're just checking a box, then you're not alone. For the most part, Native people would agree with you.

That concern has been leading people to reach out to tribes in their area to see how they can do better. Jaime Martin, the executive director of governmental affairs and special projects with the Snoqualmie Tribe and a tribal member, has noticed a shift in the winds, too. Previously, she used to get a couple of inquiries per week from the public about land acknowledgment. Now, it's not unusual to get dozens of requests in the same time frame.

"During COVID, I was sitting in a hammock the first time we had a conversation," Martin says, with McKenna Sweet Dorman, her fellow tribal member and the Snoqualmie Tribe’s assistant director of governmental affairs and special projects. "We were like, 'You know, we just feel like we keep having this conversation over and over.' We just thought maybe we should be putting our time into something that is more comprehensive and can be public."

"It's beautiful, who wouldn't want to hike here?" says Martin. "We understand why that's happening." It's the area's natural beauty that's brought an additional 1 million people to the Puget Sound area since 2000. When the pandemic restrictions were lifted, the lands along the Snoqualmie corridor were some of the first that people pointed their cars toward to escape.

That kind of use has impacted the land in a way that's not so great for the Snoqualmie Tribe, which has been here since time immemorial.

"I grew up hearing about our gathering spots and our hunting spots that were gone very quickly in my childhood," says Sweet Dorman. "The [Snoqualmie] Ridge is actually one of those. My uncles used to hunt there every year — many, many people did from the tribe. It's pushed wildlife out when these developments happen. It's kind of amazing just how quickly that landscape has changed in these lifetimes in just two generations."

These changes disproportionately affect Native people, but your ancestors don't have to be from the area to recognize the negative effects. Anyone who has hiked on local trails will be familiar with the symptoms of overuse: dog waste bags lining the path, social trails weaving through the woods, and summit photos that are as crowded as a Seahawks game.

As many land managers are collectively saying today, we are literally loving our lands to death, and that's especially evident along the Snoqualmie corridor. 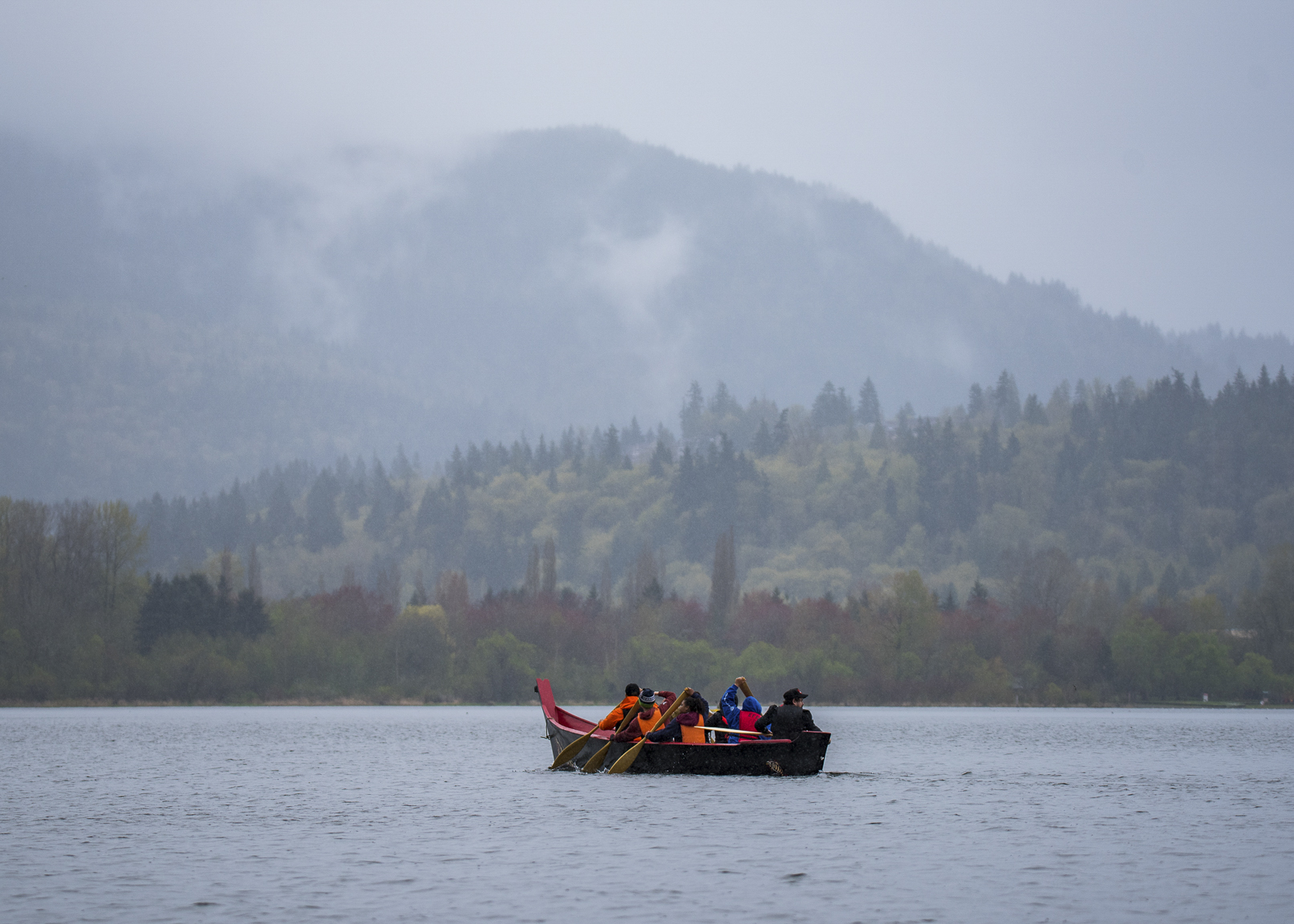 Relations with the land and people

It's natural for people to want to develop a relationship with the lands they live on and the other people who live on them. That's why you see plaques and statues in every park and in historic areas. But all too often, it's only the settlers who "discovered" an area that are highlighted. Any information about the Native people who still live here is often downplayed, written in past tense, and developed without consultation from the local tribes — all of which contributes to erasing Native people in the public's perception.

"The things that are out there written about us by someone else are either wildly inaccurate, or just a sliver of that true history," says Sweet Dorman. "It's hard watching someone else try and tell your story, and then do it in such an inappropriate way or refuse to acknowledge that we still exist."

This gets at the heart of one of the main goals of the Snoqualmie Tribe Ancestral Lands Movement: committing to learn more about the tribe, not just as a neat historical fact, but a present-day, sovereign nation that's still connected to this land and what that means.

For example, if you're in a committee meeting that's making a decision about something that will affect the tribe, speaking up to make sure that a representative from the tribe is included in that process is a good idea, says Martin. "That's a pretty easy way for people to support the tribe," she says.

Another type of mind shift that the ancestral lands movement is looking to promote is how people think about their recreation. "People use different language in trail reports or posts about experiencing Mount Si, in particular. Like 'crushing the mountain,' 'beating the mountain.' It's really done with this idea of it being human vs. nature," says Martin. Instead of conquering the land, Martin suggests trying to experience the same trail in many different ways, noticing something new each time to deepen your relationship with an area.

Through these goals, the Snoqualmie Tribe Ancestral Lands Movement hopes to help the public develop a better relationship with the land and with the tribe. These types of mindset shifts cascade into other areas and objectives of the movement, too, like treating the land with respect by picking up trash and staying on designated trails. Another objective is to garner support for the Snoqualmie Tribe in its community-based work, such as helping to restore the Lake Sammamish kokanee — a nonmigrating species of salmon — or launching community COVID-19 vaccination sites. 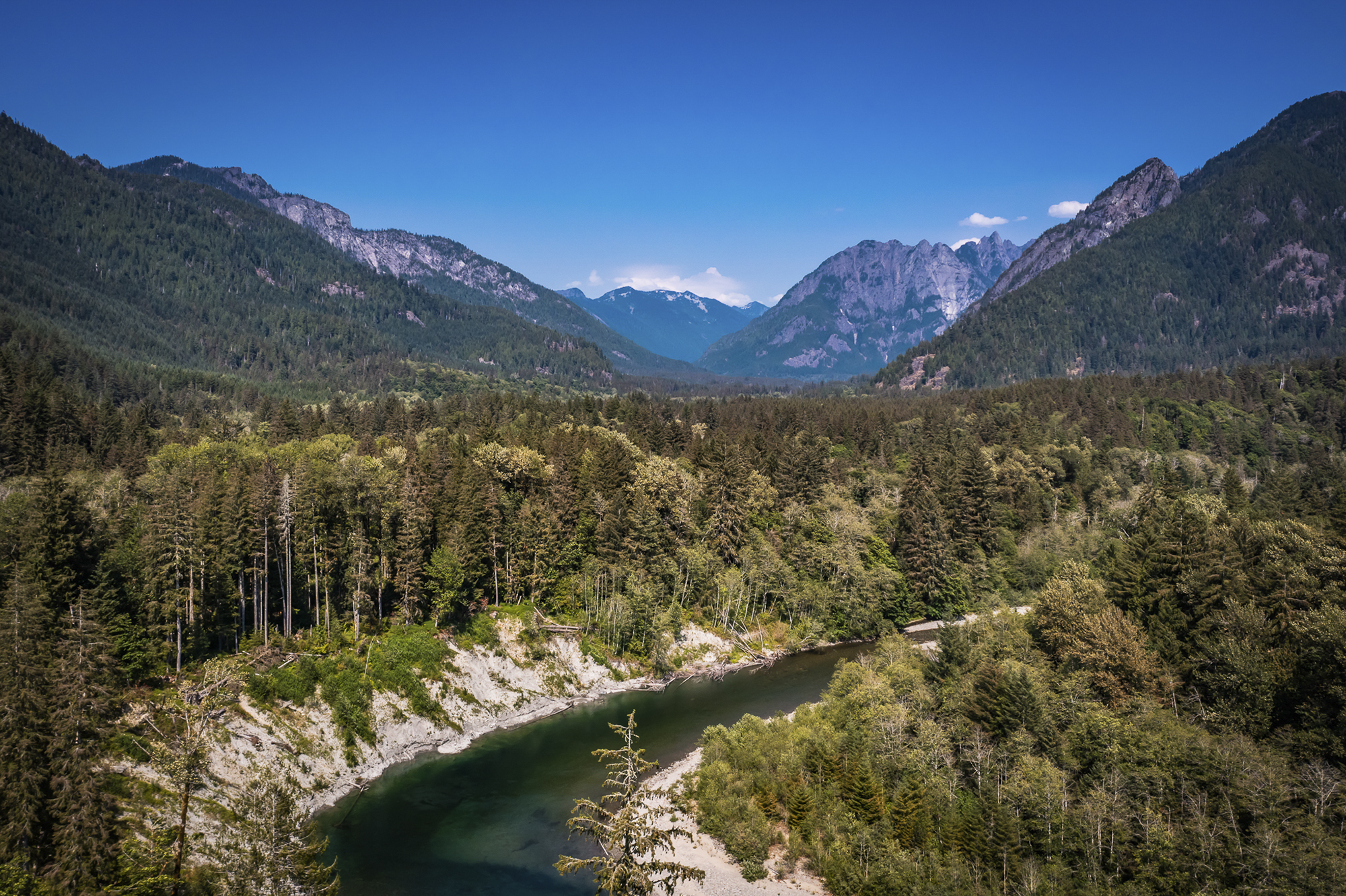 An outpouring of support

The tribe launched a Snoqualmie Tribe Ancestral Lands Movement Facebook page in May, where they actively share information and rally support. So far, the page has 2,700 followers. The group has received even more backing on its Change.org petition, with over 44,000 people signing up to pledge support for the ancestral lands movement.

Syren Nagakyire, founder of Disabled Hikers, is one of the people who support the movement. "A lot of the most toxic things about our culture that leaves it really inaccessible for disabled folks is really based in colonialism and conquest of land," says Nagakyrie. "So encouraging people to approach it more respectfully and mindfully will not only help transition outdoor culture to be more welcoming to people, but it also really closely mirrors a lot of disabled folks' experiences."

One thing Martin and Sweet Dorman didn't expect was the amount of support they have received from local governments, especially the city of Sammamish, which drafted its own proclamation in support of the ancestral lands movement, signed by Mayor Karen Moran. "We were just all blown away. I remember messaging it to the staff, the team was all like, 'What? This is so amazing. Like, how is this happening?' " says Martin.

The city named after the Snoqualmie Tribe — the city of Snoqualmie — also is considering officially supporting the tribe in a similar way. "I think it'd be a really great idea for us to move forward with a proclamation on this just to make clear, yeah, we support this,” says Snoqualmie City Councilmember James Mayhew, who was confirmed as the tribal liaison two years ago in an effort to improve relations between the tribe and the city. “I just don't see any opposition to that. This overuse of these areas is a huge issue,"

Overall, Martin and Sweet Dorman are excited about the movement's. They're actively experimenting with new ways to help people support the movement through social media, such as signing up for supporter packages with dry bags and work gloves to help clean up lands while out recreating on them.

"Within the first 15 minutes, I had like six inquiries come into the messages, like 'I want one,' and 'I'd like one, where do I pick it up?' " says Martin. They're also looking at ways to create yard signs, and they're launching a new application for people to report data about land-use effects they're seeing out on the trail.

"I think that this feels like a very productive way as a Native person to be able to work through the hurt that you experience through having those conversations about why your perspective is important and why it needs to be included in signage. And so this feels kind of cathartic," says Martin. "It's resonating with people and it's making a difference." 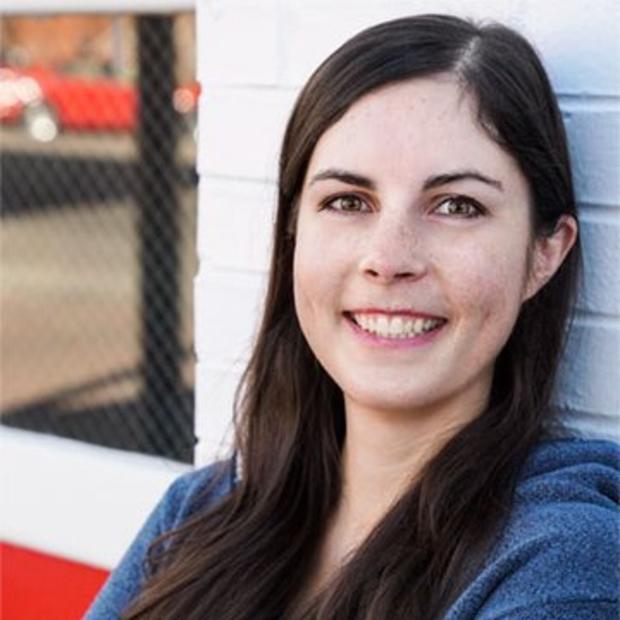 Lindsay VanSomeren is a freelance science writer and outdoor enthusiast based in Kirkland. You can reach her on Twitter at @jiigibiig.