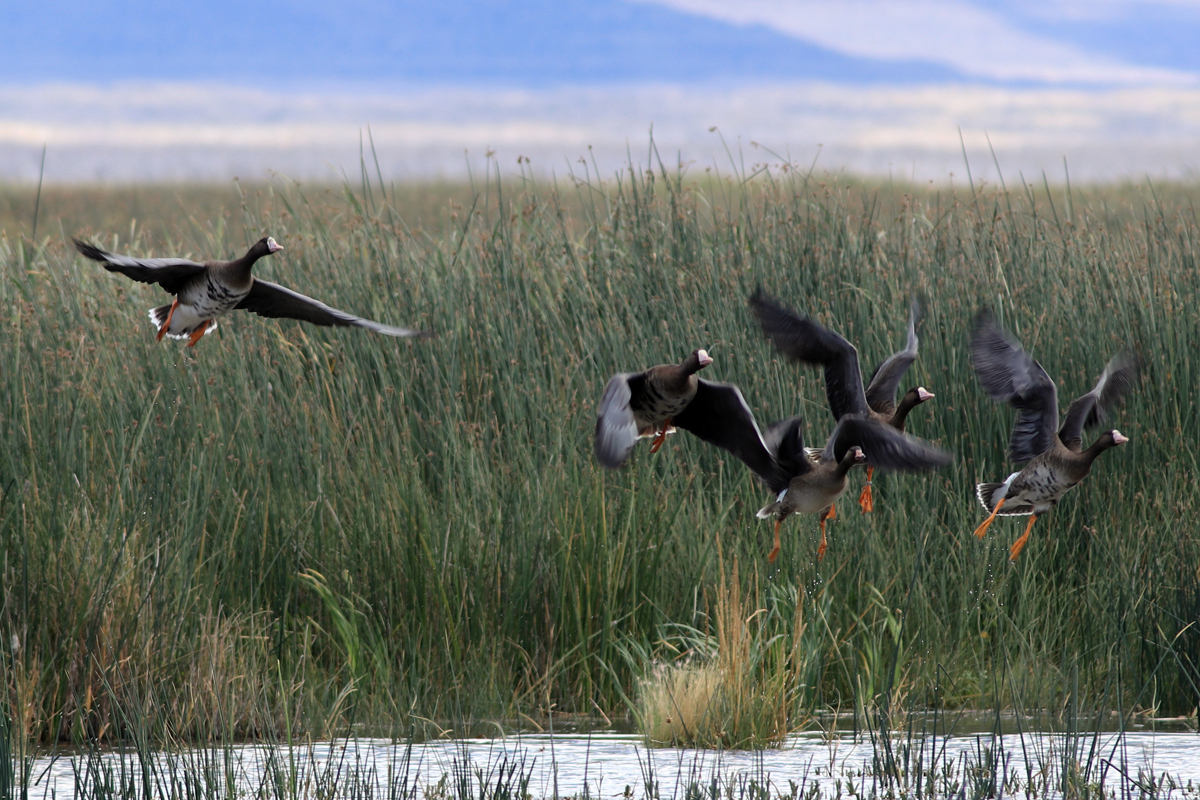 Four radio-collared Tule geese left their summer breeding grounds near Alaska’s Cook Inlet in the fall of 2020 to head south for the winter. The migration typically takes about four days: The birds fly over the Gulf of Alaska, stay about 100 miles offshore from Canada and skirt Vancouver Island.

They stop briefly to float and rest on the Pacific Ocean a handful of times and then gather en masse at Summer Lake in central Oregon before making the final push to California’s Sacramento Valley. Last summer, however, the migrating birds encountered dense wildfire smoke off the coast of British Columbia and over Washington — and that’s when their behavior got weird.

One bird backtracked north almost 80 miles. Two spent nearly four days floating on the ocean before trying to head inland again; they ended up flying directly at the Beachie Creek Fire in Oregon and then climbing almost four times higher than usual to get over the huge plume of smoke. A fourth bird got turned around and headed much farther east than normal, all the way to Idaho. Tule geese typically prefer to overnight at wetlands, but these four stopped in bizarre locations instead, even landing once on the side of Mount Hood.

According to a study released by the U.S. Geological Survey in early October, the birds’ 2020 migration took twice as long as the 2019 migration — nine days vs. four — and they flew an additional 470 miles, all to avoid wildfire smoke.

The paper states that “megafires and thick smoke portend big problems for migratory birds,” as wildfires increasingly coincide with the beginning of fall migration. There were 68 active fires in California, Oregon and Washington when the geese passed through. Lengthier migrations require more energy and take more time to recover from. That could make it harder for the birds to reproduce and even put them at risk of dying.

Cory Overton, a wildlife biologist at the USGS Western Ecological Research Center and the paper’s lead author, was watching the birds’ disjointed flights in real time, via GPS tracking. “I was glued to my computer for days, trying to figure out what these birds were doing, because it was so clearly, obviously, not normal,” Overton said. All four birds did, however, eventually make it to their preferred stopover in Oregon.

Overton and his colleagues believe this marks the first time scientists were able to definitively document how wildfire smoke alters bird migration. The birds began to change their behavior when encountering fine particulate matter of 161 micrograms per cubic meter, which is just over the Environmental Protection Agency’s threshold for “very unhealthy” air for humans.

Migrating birds across several Western states were found dead and dying the same summer and early fall, and other research found a correlation between the deaths and toxic air.

This story was originally published at High Country News on Oct. 21, 2021.

Tule geese, a subspecies of the greater white-fronted goose, are a “species of special concern” in California because of their low population numbers; there are fewer than 10,000 of them. They’re especially vulnerable to flight obstacles because they follow the same route and stop at the same spots yearly.

Overton and his colleagues tracked 12 additional waterfowl species, all of which migrate later in the fall than Tule geese. Smoke was almost gone from the Pacific Northwest by the time the others journeyed through the region. But as fire seasons in the West lengthen, scientists are concerned that smoke may hinder more migrations along the Pacific Flyway. Many shorebirds and songbirds are unable to store the extra energy needed to reroute around fires. 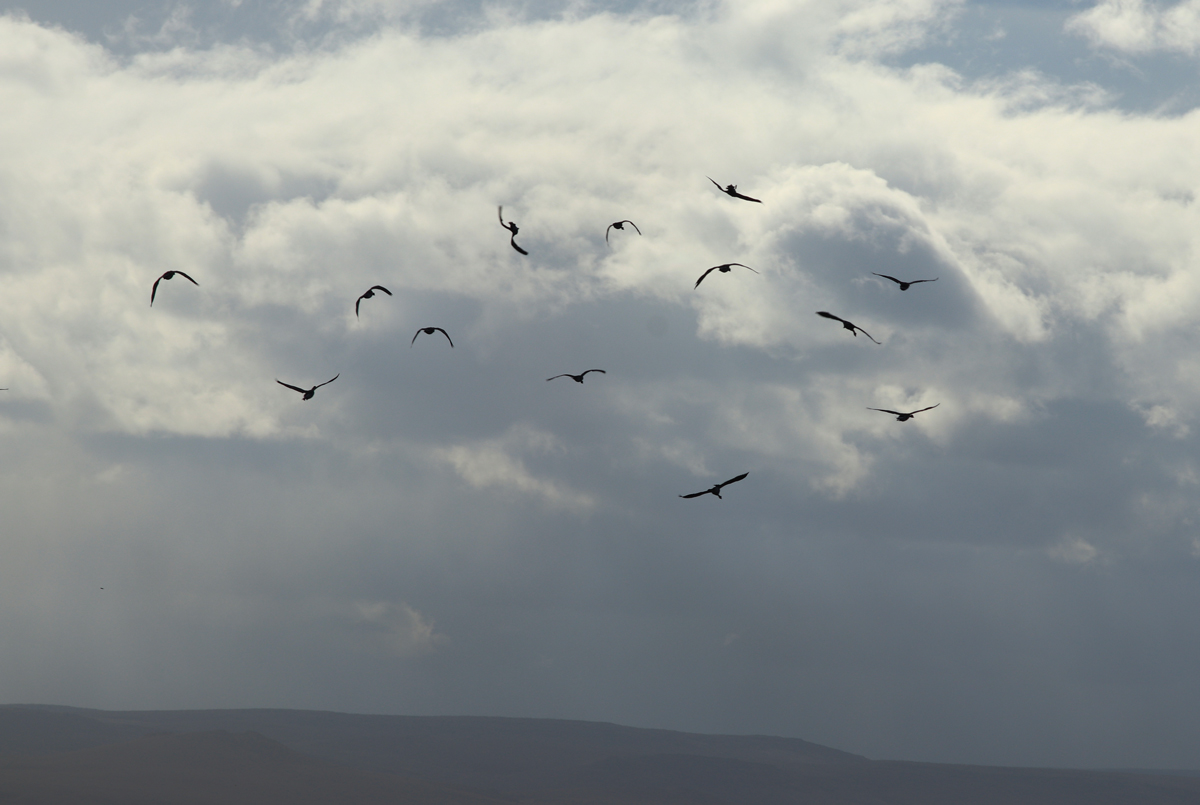 Experts in the bird research community are excited about the study. “We have a lot to learn about how wildfire smoke affects the health and behavior of animals, and in my opinion this is exactly the kind of research we need,” said Olivia Sanderfoot, a Ph.D. student at the University of Washington who studies the impacts of air pollution on birds.

“While the researchers were only able to examine the migratory routes of four geese, which is a small sample size, their findings highlight the urgent need to unravel the mystery of how bird behavior is impacted by smoke.” Andrew Farnsworth, a researcher at the Cornell Lab of Ornithology who studies migration, also praised the work.

He hopes the new knowledge will prompt thinking about what kinds of habitat and resources birds with altered migration routes might need to survive. “It’s a way of being able to think more broadly and actually prepare to avoid as much ecological drama as we can.”

Kylie Mohr is an editorial intern for High Country News writing from Montana. Email her at kylie.mohr@hcn.org