25 climate actions Cascadia could take in 2022

Government officials, activists and academics from British Columbia, Washington and Oregon offer next steps to help the region cut carbon emissions and hit climate goals by 2030. 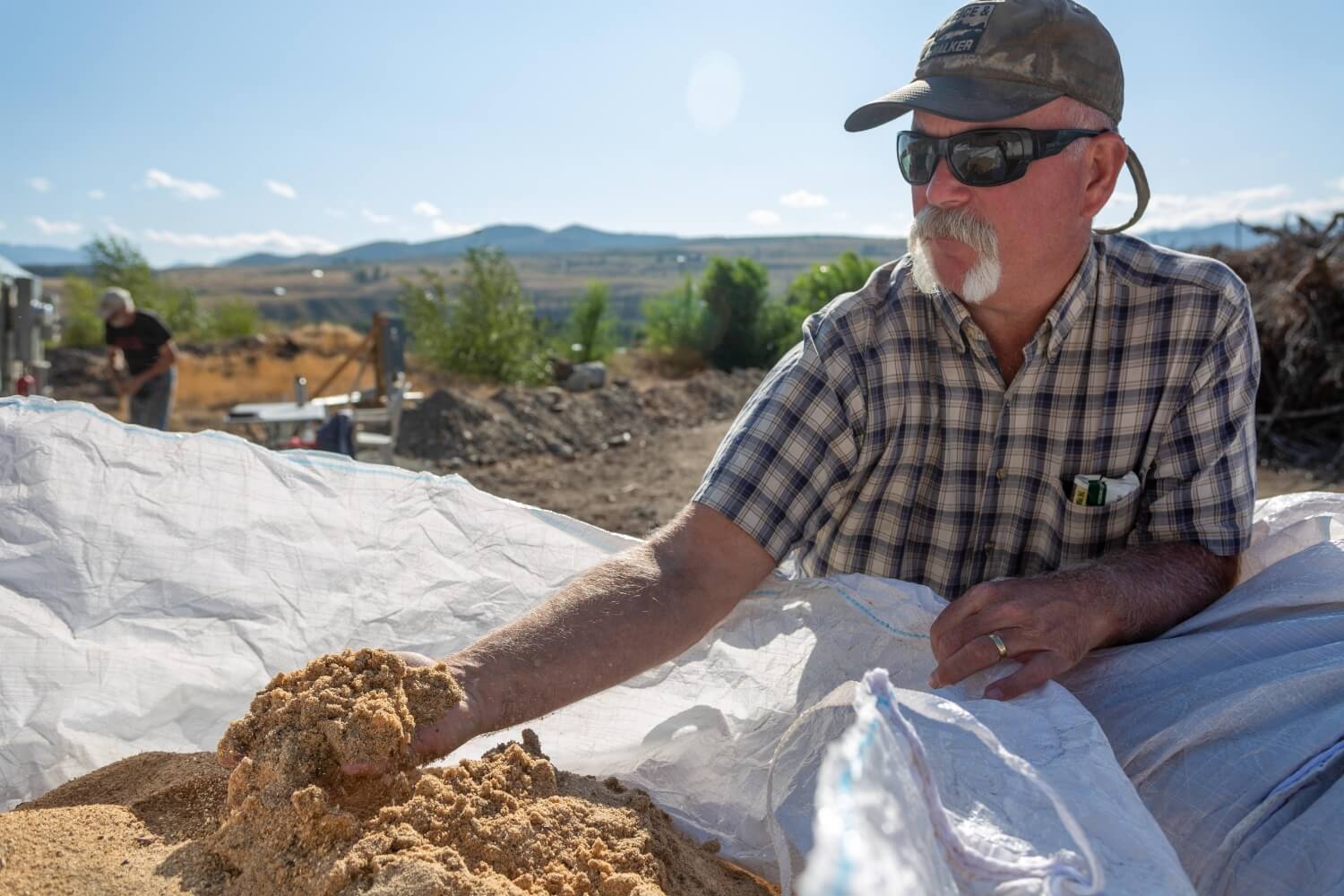 Tom McCoy, co-founder of C6 Forest to Farm, with sawmill dust that the nonprofit converts to a form of charcoal that can sequester carbon and serve as a soil additive for agriculture. Ultimately, the nonprofit intends to produce its “biochar” with small-diameter trees and slash from forest-thinning operations, creating revenue for local forest restoration projects. (Tim Matsui/InvestigateWest)

InvestigateWest asked several dozen activists, experts, government officials and business and labor leaders what can be done in 2022 to accelerate decarbonization in Washington, Oregon and British Columbia. Answers ranged from the ultra-broad — for example, “Get involved in climate action to send a message and combat climate anxiety” — to the hyper-specific — “End rate increases for B.C. households that buy electric cars or install heat pumps.” We selected 25 achievable and measurable actions that can help ensure that Cascadia cuts emissions in half by 2030.

Read more: This story is a sidebar from "How Cascadia can fight climate change in 2022 — and get back on track," the latest installment of the Getting to Zero: Decarbonizing Cascadia series.

1. Governments can treat climate change as a crisis by staffing up and accelerating rulemaking to implement new laws and policies as soon as possible, as with Washington’s speedy 18-month rollout of its carbon cap-and-trade program.

2. Agencies and utilities can factor the cost of climate inaction into all regulatory and investment decisions by adding a social cost of carbon for any resulting carbon emissions. For long-term planning in British Columbia, they can add a higher cost: the CA$170 a ton fee for carbon emissions anticipated in 2030.

4. Oregon’s Department of Environmental Quality can set the state's 2030 carbon cap at 50% of 1990 emissions, matching the scale and pace of reductions that climate scientists advise. Oregon's overall goal is to cut emissions 45% from 1990 levels by 2035.

5. British Columbia’s Ministry of Environment and Climate Change Strategy can include emissions from all power consumption — including imports — in its 2022 greenhouse gas inventory.

6. Washington’s Legislature can repass provisions vetoed by Gov. Jay Inslee this year that would require enhanced consultation with tribes for energy projects on their traditional territories, recognizing the disproportionate harm they continue to suffer from hydropower dams and other energy developments.

7. Utility regulators can require the inclusion of cost-effective solar energy installations on flat commercial rooftops, over parking lots and along highways in utility investment plans.

9. Government leaders, utilities and regulators can help Western power grid operation by pushing to complete multistate negotiations for an opt-in market for day-ahead power trading, organized by California’s transmission operator, as well as an enhanced backup power-sharing system organized by the Northwest Power Pool, a voluntary association of utilities.

10. Utilities commissions can require blending of hydrogen into natural gas pipelines — as European gas utilities do — to ease delivery of zero-carbon hydrogen fuel made with renewable electricity to industries and heavy vehicles.

11. Utilities commissions in Washington and Oregon can require gas distributors to cut natural gas use by increasing use of methane captured from rotting vegetation, animal waste and landfills. Capturing and burning methane slashes by 80 times the warming it can cause over the first 20 years after its release into Earth's atmosphere. British Columbia requires gas firms to deliver 15% renewable fuel by 2030. 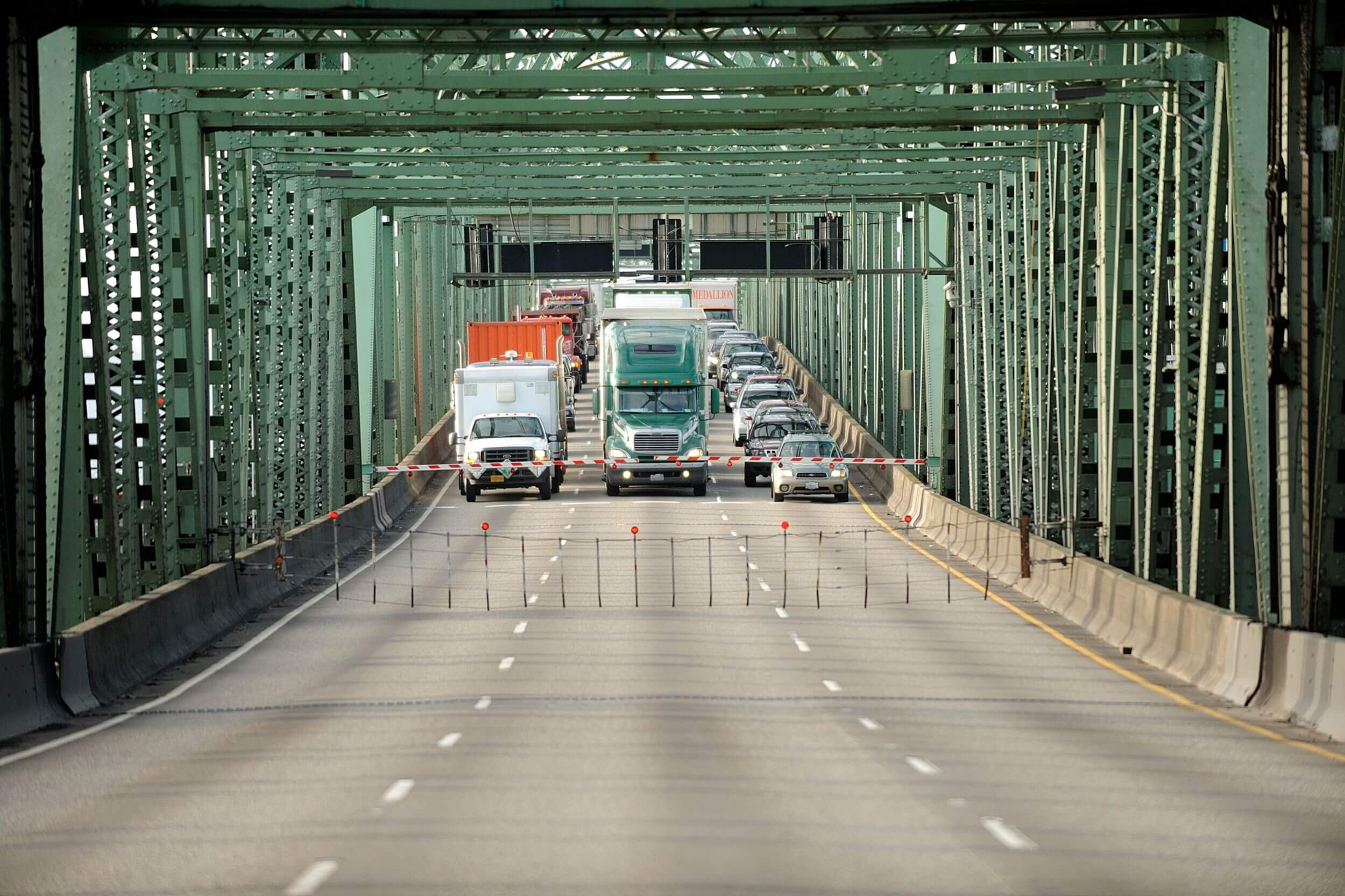 Whether and how to expand the Interstate 5 bridge between Oregon and Washington is a prime example of tough decisions facing governments of Cascadia about combating climate change. Critics say adding more lanes to the bridge will accelerate urban sprawl north into Washington from Oregon, baking in decades of single-user car trips that further heat the atmosphere. But governments face intense pressure to build back bigger. (Troy Wayrynen/The Columbian)

Whether and how to expand the Interstate 5 bridge between Oregon and Washington is a prime example of tough decisions facing governments of Cascadia about combating climate change. Critics say adding more lanes to the bridge will accelerate urban sprawl north into Washington from Oregon, baking in decades of single-user car trips that further heat the atmosphere. But governments face intense pressure to build back bigger. (Troy Wayrynen/The Columbian)

14. Washington and Oregon regulators can adopt British Columbia’s faster vision for zero-emissions cars, which mandates 90% clean-car sales by 2030, while boosting efforts to ensure cleaner cars are affordable for all.

17. Utility regulators and the Bonneville Power Administration can make all homes and businesses eligible for rebates on high-efficiency electric appliances — including those with gas furnaces — and Washington and Oregon can end utility incentives to install gas appliances.

18. Governments at all levels can strengthen building codes to require electric appliances and heat pumps instead of gas-burning equipment in all new construction.

20. Washington and British Columbia can end single-family zoning in urban areas, as Oregon did in 2019 and California did this year, to create denser communities with more housing that are less car-dependent.

23. Politicians and parties can swear off money from oil, gas and coal companies, lobbyists, and executives, reducing their outsized influence on U.S. and Canadian politics.

24. The state attorneys general and provincial solicitor general can launch or expand legal challenges against fossil fuel companies for actions they have taken to cause the climate crisis and prevent timely climate action.

Getting to Zero: Decarbonizing Cascadia is a reporting project exploring the path to low-carbon energy for British Columbia, Washington and Oregon. It is produced in partnership with InvestigateWest and other media outlets, and is supported in part by the Fund for Investigative Journalism. 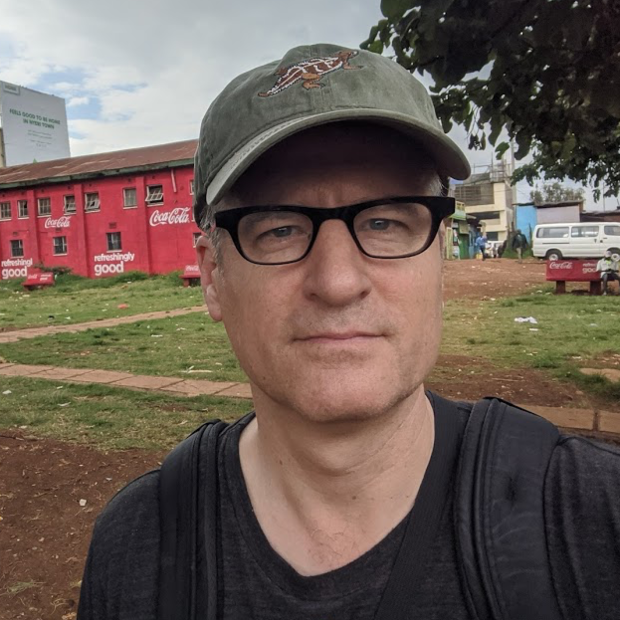 Peter Fairley is based in Vancouver Island and San Francisco and reports on the environment.