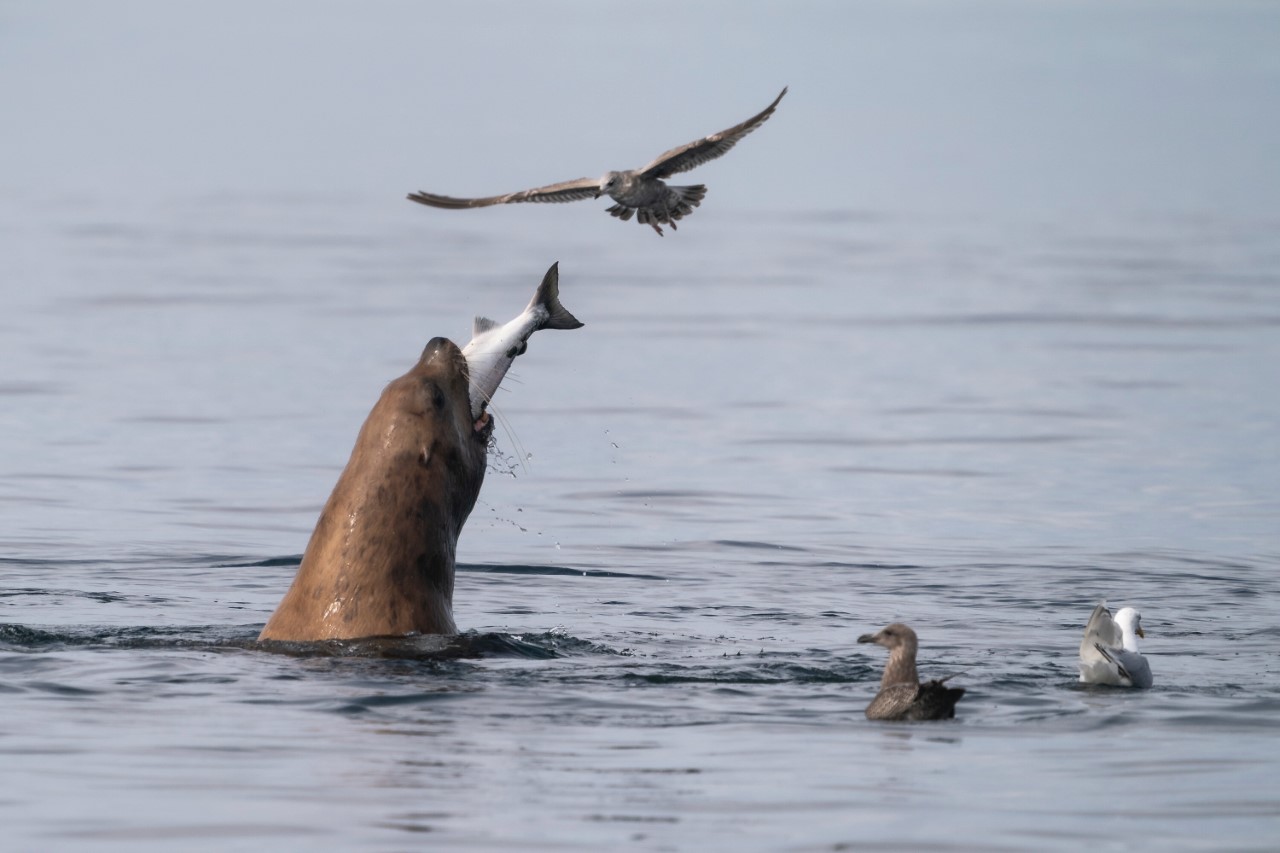 Each summer at the Ballard Locks in Seattle, thousands of tourists gather to watch steelhead trout and coho, sockeye and chinook salmon valiantly leap up the fish ladder as they head from Puget Sound to Lake Washington and the spawning grounds beyond. So, too, do a handful of hungry seals and sea lions.

“Pinnipeds — seals and sea lions — are way smarter than I think we give them credit for,” says Laura Bogaard, an ecologist with Oceans Initiative, a Seattle-based nonprofit research organization. “They figured out it’s an all-you-can-eat buffet.”

For decades, pinnipeds have been congregating at the Ballard Locks to gorge themselves on fish populations already stressed by pollution, habitat loss and overfishing. To protect the fish, conservation managers have been trying a variety of methods to shoo them away. They installed a fiberglass killer whale that bellows predatory calls and used a device known as a pinger to try to scare the pinnipeds away. (The pinger, it turned out, had more of a dinner-bell effect.) They have even fed the pinnipeds fish laced with lithium chloride, a noxious but not deadly chemical, and continue to use firecracker-like seal bombs.

Nothing they’ve tried seems to work. The issue has been so long-standing that some conservation managers argue for measures as extreme as culling problematic pinnipeds.

“The big challenge,” says Andrew Trites, a pinniped researcher at the University of British Columbia, “is you’re trying to stop [pinnipeds] from doing something that [has] such a positive reward, which is getting to eat. Food is the ultimate payoff, and that’s why it’s been a near impossible thing to stop.”

But Bogaard says that a new device, called the Targeted Acoustic Startle Technology (TAST), seems to have worked where other approaches failed. 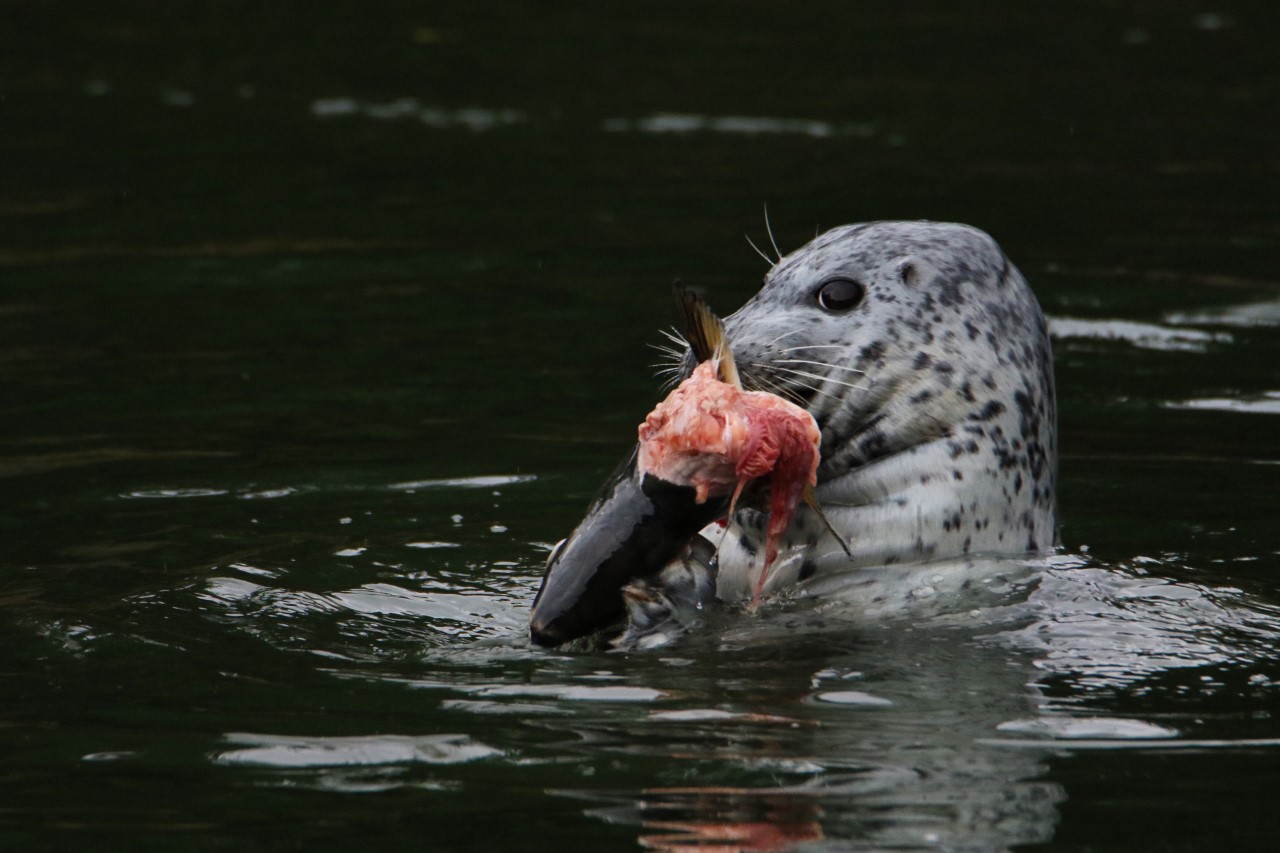 Between 2020 and 2022, Bogaard tested the TAST at the Ballard Locks. She found that while the number of seals in the area remained the same, they stayed farther from the fish ladder. The project, however, was shut down in the summer of 2022 because the experimental protocols were not compatible with other management measures being used at the Ballard Locks. Bogaard plans to continue testing the device at Tumwater Falls Park, south of Olympia, another salmon choke point.

The TAST represents an exciting new advancement in pinniped deterrents because it takes advantage of something called the acoustic startle reflex, says Thomas Götz, a marine mammal researcher at the University of St Andrews in Scotland who co-created the technology. “If a sound has certain properties, then it triggers a muscle contraction — a flinch,” he says. For pinnipeds, he explains, the noise is like fingernails on a chalkboard.

After years studying the effects of sound on marine mammals, Götz, along with the TAST’s main co-developer, Vincent Janik, also at the University of St Andrews, found that a sound with a frequency between 500 and 2,000 hertz will startle a seal but is largely outside the sensitive hearing ranges of other wildlife such as salmon and whales. They also found that unlike existing acoustic deterrent devices such as pingers, which pinnipeds eventually get used to, the TAST’s particularly grating noise creates a flight response that seems to get stronger with repetition.

In experiments conducted by Götz at fish farms in Scotland, using the TAST led to a 97 percent drop in fish predation by pinnipeds. The technology is currently being used by fish farms in Scotland and Norway, and Götz is researching its potential for deterring pinnipeds and whales from fishing nets and oil spills.

Trites, who was not involved in the research, says the TAST has exciting potential. “It’s a beautiful concept, but I think it still needs further testing and validating to be sure that it does work.” He says that the context and specific location in which the device is used could be an important nuance in its effectiveness.

Bogaard is cautiously optimistic about the technology, too, but she is careful to note that it is not a silver bullet for saving imperiled fish.

“I think in conjunction with other management practices it definitely shows a lot of promise in terms of its ability to keep seals away from a particular area of concern,” she says. But if the end goal is saving salmon, she adds, more needs to be done to protect the watersheds where salmon spawn.

This story was produced for Hakai Magazine on Aug. 29, 2022, and is republished here with permission. 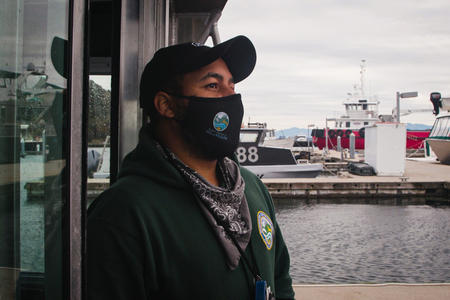 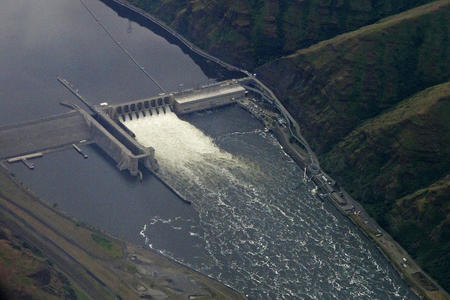 Podcast | The fight to save Snake River salmon from extinction

Salmon in the Pacific Northwest have been on the decline. Two advocates tell how breaching the dams along the river could restore the population. 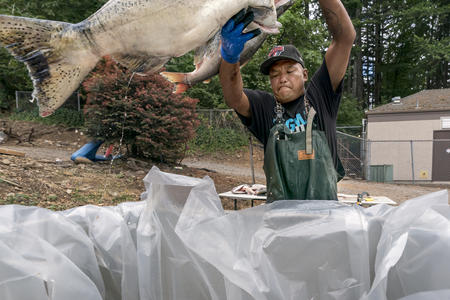 Podcast | The fight to save Snake River salmon from extinction

Salmon in the Pacific Northwest have been on the decline. Two advocates tell how breaching the dams along the river could restore the population.

Marina Wang is the associate editor at Hakai Magazine. She is a multimedia journalist from Calgary, Alberta, interested in science and everything else weird and wonderful.