As a group of lawmakers and advocates work on a new hate crime law, a community debates whether one attack should qualify as a hate crime. 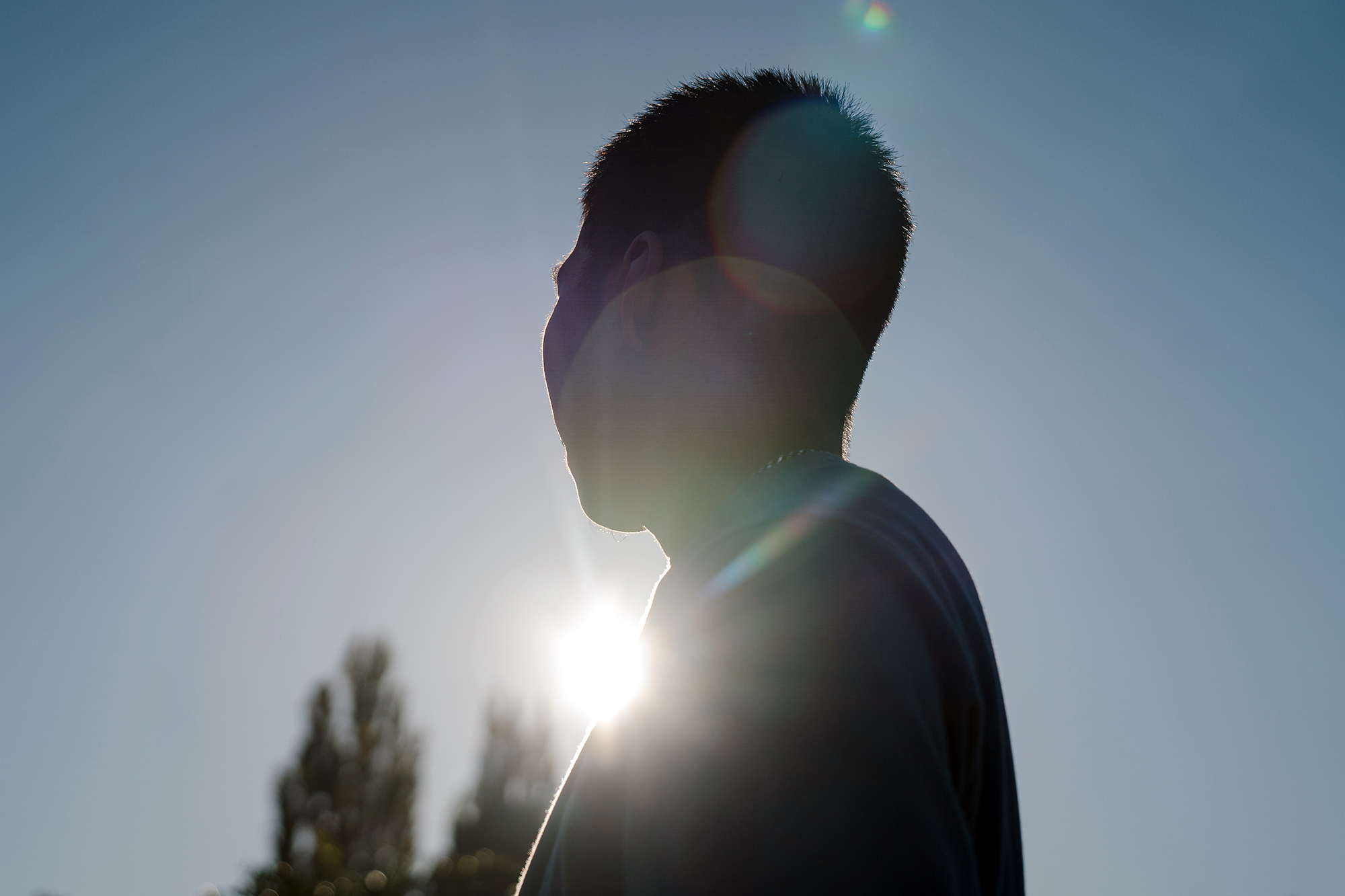 Months after a brutal attack on a Mexican American teenager about an hour north of Seattle, Latino advocates are demanding the assault be charged as a hate crime.

The vicious attack has left the community reeling. A protest planned for Saturday in Mount Vernon, just south of Burlington, was canceled last minute due to the spike in coronavirus cases. But community members say they intend to press on and don’t understand why the Skagit County prosecutor, Rich Weyrich, has refused to consider hate crime charges or answer questions. Two other protests were held earlier this year.

“Anyone who looked at what happened would see it for what it is,” said Joel Salgado’s father, Lorenzo Linares, in a recent interview in Spanish.

Julio Reyes, one of the main organizers of the protests, said he worries about other Latinos in the region.

“What example is this going to give the community? They’re not protecting us,” he said.

According to the FBI, Washington state has one of the highest number of hate crimes in the country. In 2018, there were 506 in the state, with race and ethnicity being the most common motivating factor. Only New York, California and New Jersey had more.

Meanwhile, a group of advocates, lawmakers and law enforcement officials is attempting to strengthen Washington state’s hate crime law to provide prosecutors additional tools to hold offenders accountable by considering bias in situations like this.

In a recent interview in Spanish, Rocio Linares, Salgado’s mother, explained that back in March, her son, a 17-year-old high school student at the time, had been pestering her for permission to meet up with friends. She and her husband, who are both originally from Mexico and have lived in the States for years, warned him it was too late to go out.

But Salgado borrowed his sister’s car at about 10 p.m. and went to the home of Trevor McCabe.

According to a Skagit County Sheriff investigation, Salgado and McCabe were “kinda friends” and would hang out from time to time. That night, however, Salgado was there to pick up alcohol. And unbeknownst to Salgado, McCabe was waiting, as he put it, to “beat his ass,” according to the sheriff’s report.

Video of the attack uploaded to the social media platform Snapchat shows Salgado seizing on the floor while being kicked and taunted with racial slurs. A homophobic slur is written on his forehead with black marker.

Even as Salgado lies on the floor, unresponsive, a man continues to lash out at him, smashing Salgado’s phone and threatening to take his shoes, wallet and chains. The man pours water from a dog bowl on him. At one point, the attacker can be seen holding a loaded shotgun.

A few hours later, Salgado would be airlifted to Harborview Medical Center — fighting for his life. 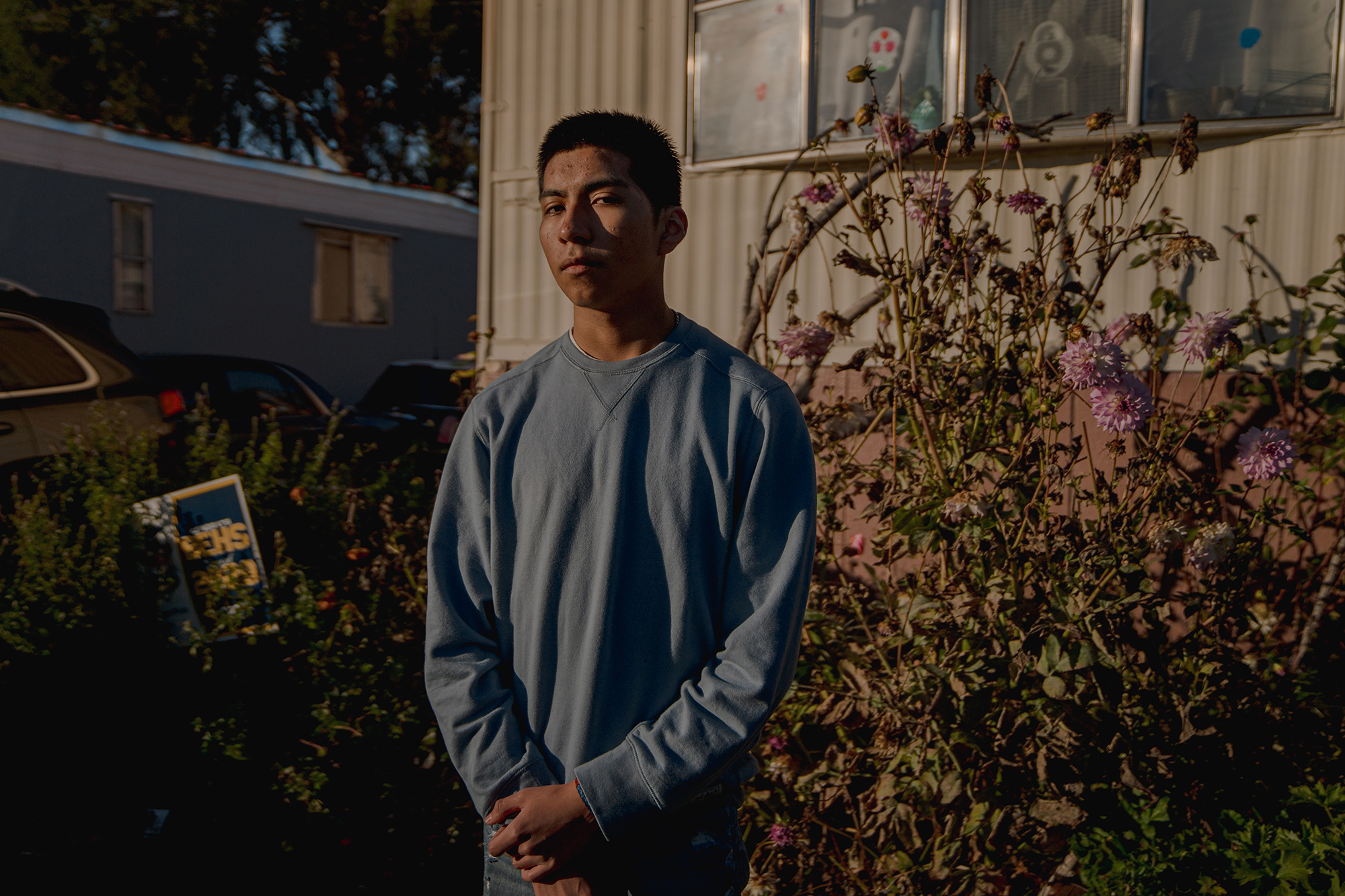 Salgado is thin and has a small overall build. People in the community invariably describe him as a nice young man, someone who has never caused trouble — beyond typical teenage behavior.

Like his father, who works in the fields, Salgado would help out at a farm during the summer. Aware of some of the stereotypes about Mexicans, his mother has gone to great lengths to defend her son’s character in the community, noting that, no, he has never been part of a gang.

On the night of the attack, Salgado somehow stumbled into the car and drove home. He went straight to his parent's bedroom and sat down on the bed. He repeatedly called out for his mother, “ama, ama, ama.”

He couldn’t tell her. The family called 911. Rocio raced him to Skagit Valley Hospital while his dad waited for the police.

“I knew what the consequences could be because of the injury,” Rocio said, explaining that she tried to keep her son awake on the way to the hospital by asking simple questions.

Once they arrived, Salgado leaned on his mother for support as they walked inside. He seemed to be going in and out of consciousness. Salgado held his head and grimaced. A CT scan showed that he had a skull fracture and his brain was bleeding.

A sheriff’s officer asked for the status of Salgado’s condition after he was airlifted to Harborview, his mother riding with him in the helicopter.

“The only update they could give me at that time was that he was still alive, and they were having difficulty stabilizing him,” wrote Detective Kay Walker in a report about the incident.

After speaking with the family and using the location data from Salgado's iPhone, sheriff’s officers were able to track down the scene of the crime: McCabe’s home. According to the sheriff’s office, McCabe did not seem to realize the seriousness of what had happened.

“He had his arms out from his sides, he was all puffed up with his chest stuck out and announced very loudly without any prompting or questions asked of him, that ‘Yeah, he showed up, I kicked his ass, and he left,’ ” Walker wrote. The detective responded by warning McCabe that Salgado could die. 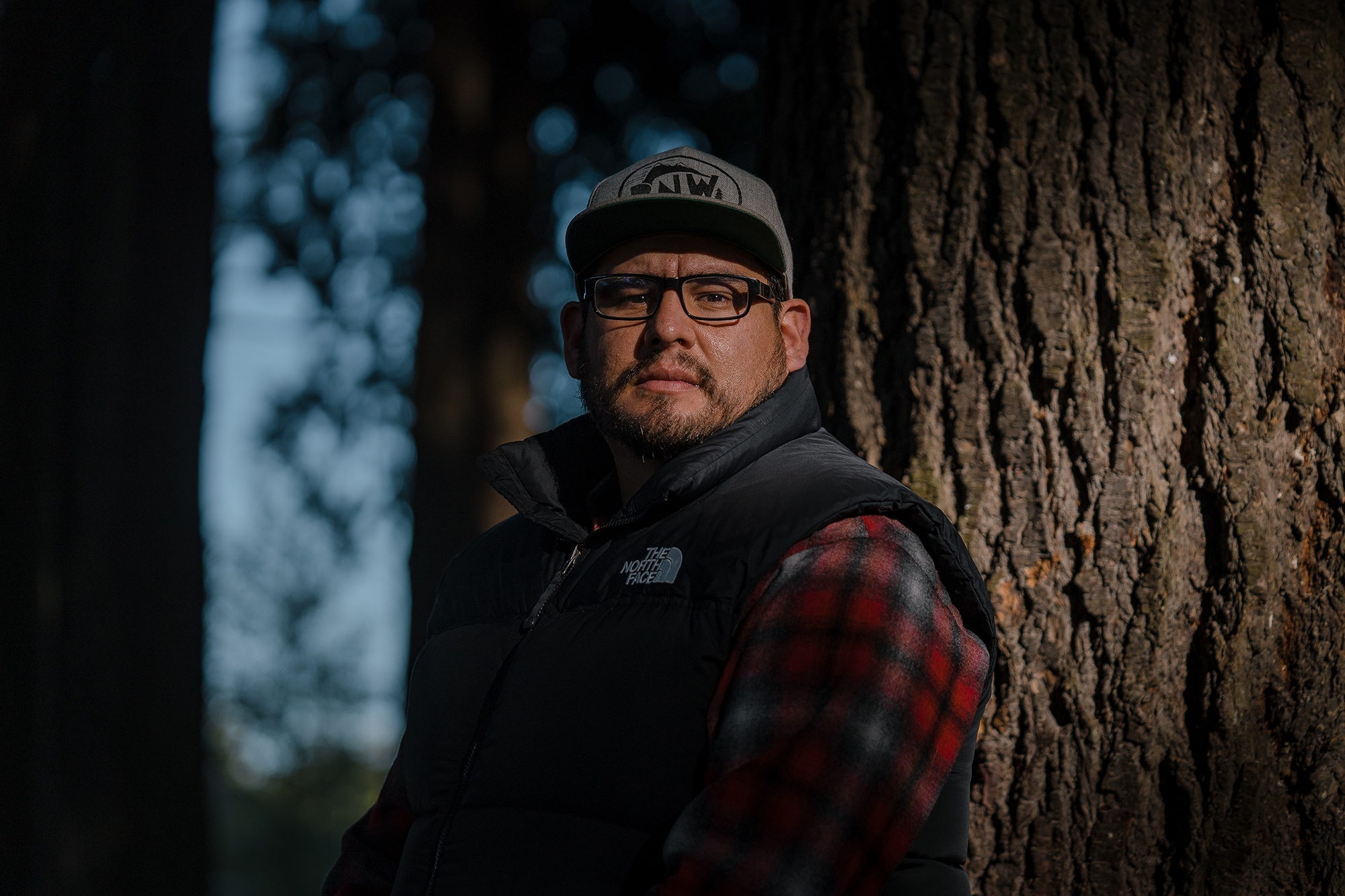 Activist Julio Reyes stands for a portrait on Sunday, Nov. 1, 2020, at Maiben Park in Burlington, Wash. Community activists, including Reyes, are calling for the state to prosecute the assault of Mexican teenager Joel Linares Salgado as a hate crime. (Jovelle Tamayo for Crosscut)

Activist Julio Reyes stands for a portrait on Sunday, Nov. 1, 2020, at Maiben Park in Burlington, Wash. Community activists, including Reyes, are calling for the state to prosecute the assault of Mexican teenager Joel Linares Salgado as a hate crime. (Jovelle Tamayo for Crosscut)

McCabe’s girlfriend, who looked frightened and was on the verge of tears, was also at the scene, according to the incident report. McCabe told her not to “say a fucking word,” according to the sheriff’s office. Officers said they learned from her that she believed it was jealousy that had led McCabe to explode with anger and attack Salgado. In the midst of a brief breakup with McCabe, she and Salgado had been together.

He “takes his anger out differently,” she told authorities.

“I know for a fact that McCabe would never do anything to harm me. This is McCabe’s one and only act of criminal violence,” she said in a plea to cancel an order of protection filed on her behalf after McCabe had been released on a $500,000 bond.

In a recent interview, prosecutor Weyrich said his office is also convinced the crime was motivated by jealousy.

“Everyone agrees that the words that were used were vile, reprehensible. We all agree on that,” he said. But “words in and of themselves do not qualify to make them a hate crime.”

“We’re trying to apply the law. We’re taking this case very seriously,” he said, while noting that the FBI had come to the same conclusion. “We have to look at: what can we prove?”

Weyrich said with the charges McCabe does face, including robbery, assault and tampering with a witness, his sentence could add up to approximately 15 years. Lorenzo Linares, left, Rocio Linares, right, and their son, Joel Linares Salgado, center, on Sunday, Nov. 1, 2020, at their home in Burlington, Wash. Joel Linares Salgado, who is of Mexican descent, was brutally attacked in March 2020. Community activists are calling for the state to prosecute the incident as a hate crime. (Jovelle Tamayo for Crosscut)

Lorenzo Linares, left, Rocio Linares, right, and their son, Joel Linares Salgado, center, on Sunday, Nov. 1, 2020, at their home in Burlington, Wash. Joel Linares Salgado, who is of Mexican descent, was brutally attacked in March 2020. Community activists are calling for the state to prosecute the incident as a hate crime. (Jovelle Tamayo for Crosscut)

Miri Cypers, regional director of the Anti-Defamation League in the Pacific Northwest, and a member of the task force trying to strengthen Washington state’s hate crime law, said she was disappointed Weyrich didn’t do more to communicate with the community the reasoning behind his decision.

“Hate crimes targeting the Latino community are so underreported and widespread it seems in this particular case it was even more important to reach out,“ Cypers said.

“This case is not a typical case. It’s particularly violent and egregious. I wouldn’t say we see this very often in Washington state,” she added.

Others, such as Nina Martinez, board chair of the Latino Civic Alliance, said the discriminatory aspect of the crime remains clear to her.

“This is my question that I've asked, and nobody really can answer this: If Joel was white, would this young man have treated him the way he did?,” Martinez said.

McCabe “is still attacking someone and disrespecting, disregarding the human life, and using derogatory language that's hate-filled,” she added.

Officers have noted that McCabe, for his part, still does not seem to recognize the gravity of his actions and the potential consequences.

At one point, he made fun of Salgado’s condition, saying he was going to be “retarded” for life, all while maintaining his innocence, according to the sheriff’s office.

At the same time, according to the incident report, in one instance McCabe called his dad from jail and said: “Thank you for everything you’ve done for me, and I’m sorry I fucked up so bad.”

His dad has responded by telling him he should pray for Salgado and his family, the sheriff’s office said.

Neither the McCabe family nor the family’s lawyer responded to Crosscut’s requests for comment.

Ultimately, Rocio Linares said she and her husband respect the law.

“The only thing we want as parents is justice,” she said, while noting that it has taken months of painstaking physical and mental therapy for her son to begin to recover and piece together what happened.

In surgery, part of Salgado’s skull was removed, and until recently he wore a helmet. He’s had to relearn basic skills, such as speaking, eating and drinking.

“I’m asking for justice not just for my son but other children,” Rocio said.