Slights that unintentionally express prejudice are part of professional life for many. How has the pandemic shifted those experiences? 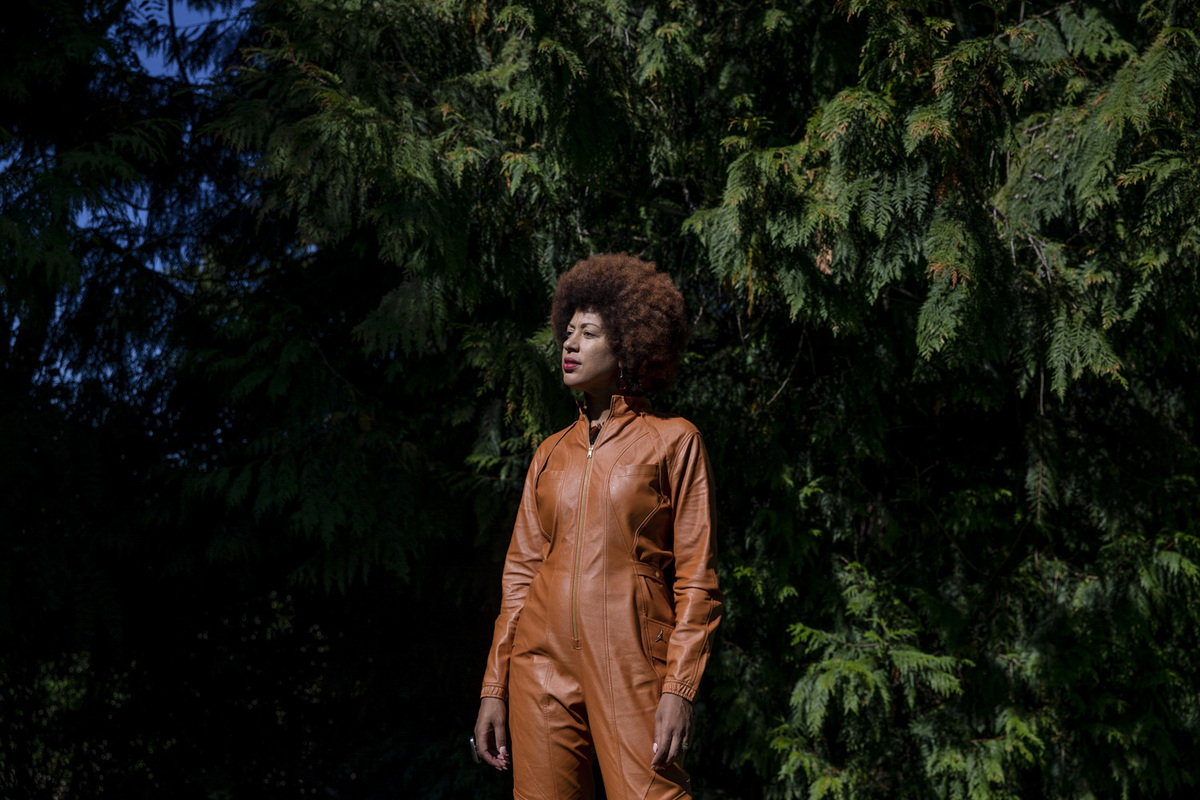 People are taken aback by how "articulate" Erin Jones is. They are stunned at her 6-foot-tall stature. Strangers at the airport touch her hair without asking. None of these experiences are validating.

“When I’m in a school building and little kids say, ‘Her hair looks like a clown’ or ‘Oh my gosh, that lady is so big or she has really big hair,’” said Jones, who is Black and wears her hair in an Afro. “I see that as curiosity and I always respond that way. It still takes something from me though.”

To Jones, things feel different in the virtual COVID-19 world. The education and systems consultant can create the space when her work takes place on Zoom.

She is spared observations about her appearance. And, of course, no one can touch her hair, an action many Black women view as a microaggression ー defined by Merriam-Webster as an action or a comment “that subtly and often unconsciously or unintentionally expresses a prejudiced attitude toward a member of a marginalized group.”

A Gallup Panel survey in 2020 found that Black adults were more likely than Asian, Hispanic or white adults to report experiencing different types of microaggressions, like how often an individual was treated with less respect than others or received worse service in stores or restaurants. In light of “the Great Resignation” ー a phenomenon that refers to droves of Americans leaving their jobs ー the Society for Human Resource Management, or SHRM, in September reported who was more likely to say they were looking for new employment: This included younger workers, as well as Black and Hispanic people.

"This means our inclusion efforts are not as effective as we thought," said Alex Alonso, chief knowledge officer with SHRM, in an article published by the organization.

Some, like Jones, got a reprieve from microagressions during the pandemic, while others found little difference in how frequently they experienced them or felt they actually intensified.

It might be more comfortable for Jones to work from home, but she feels a duty to meet people face to face. She believes part of the reason why microaggressions exist and why people struggle to discuss topics like race, gender and sexual orientation is because these subjects are not openly discussed.

Still, the slights can be exhausting.

“You always have to kind of have a little bit of your armor on,” she said. 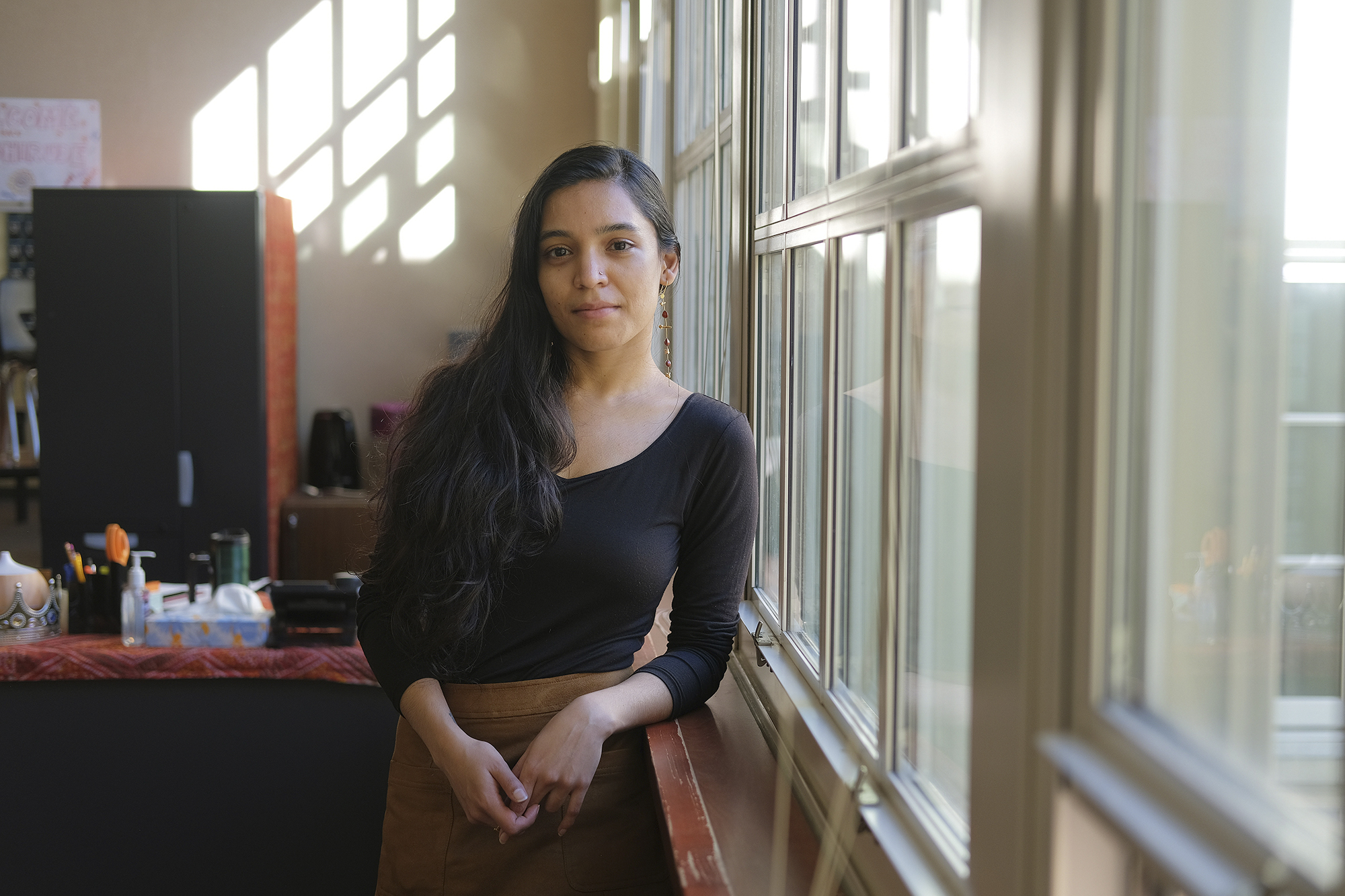 Experiencing microaggressions might be a full-time job for some.

Kathryn Young, a professor at the Metropolitan State University of Denver, has explored microaggressions in higher education based on a person’s role and identities. While her work does not specifically focus on microaggressions’ impact on one’s body and brain, Young noted other researchers have found psychological consequences related to microaggressions, including anxiety and depression.

“If you’re busy protecting yourself from psychological harm, of course, it’s going to affect your productivity and your happiness at work,” Young said.

Gallup concluded its findings by noting that violence typically ignites dialogue in the U.S., yet many Black Americans experience discrimination and mistreatment in ways that “are much subtler and are woven into the routines of their normal, daily lives.”

That’s why Ahmad Corner started 1000 Cuts, a project that invites people to share their microaggression experiences.

“In between each overt, televised act of injustice are a thousand subtle cuts of discrimination … the kind of stuff that’s so often dismissed, or rationalized as a joke or an innocent misuse of words,” a description of the campaign states. “Not violent, not overt, but in aggregate a painful reminder of your place.”

The project was born after a Minneapolis police officer killed George Floyd. Corner observed a cycle of people protesting, the conversation dying down and repeating when another traumatic event takes place.

One comment may not be entirely damaging, he said. “But African Americans, especially, carry dozens of comments with them without feeling like they are able to talk about ’em,” Corner said. “Or able to say, ‘Hey, that’s not cool.’ ”

What to do about microaggressions

Confronting microaggressions might feel like a hefty task, especially when the comments and actions are subtle. Gina Torino, an associate professor of psychology with SUNY Empire State College, offered a few suggestions for people who want to tackle them effectively.

Torino drew from tips outlined by Derald Wing Sue, a professor at Columbia University with whom she has worked. Sue and his students published a book about microintervention strategies, which include making the invisible visible; disarming the microaggression; educating the perpetrator; and seeking support.

Making the invisible visible means bringing the microaggression to light.

“You can indicate to them that they have done something offensive,” Torino said. “So you’re kind of like, naming it.”

Torino said someone following this step might “undermine the meta-communication” if, for example, a co-worker keeps relying on a colleague who is Asian American to help with math problems. Someone who wants to make the invisible visible can verbalize that not all people who identify as Asian American are good at math.

To disarm the microaggression, a person can communicate that they disagree with what someone said. A person might do this, for example, by shaking their head back and forth.

A person who wants to confront microaggressions can also try educating the perpetrator.

“So you might have, like, a discussion of that person’s biases and discuss how that behavior may be considered offensive to other people,” Torino said.

With this step, she emphasized the importance of distinguishing between intent and impact.

It could also be helpful to seek outside support or authoritative help. An individual following this step might connect, for example, with someone in human resources or an organization’s diversity officer.

Corner’s own experience exists among the series of anecdotes documented in 1000 Cuts. In it, he described an interview he had for an internship when he was 20. A white, female interviewer told him she did not expect him “to be so articulate” — a comment Jones has also received.

This statement falls under one type of racial microaggression known as “ascription of intelligence,” according to the University of Minnesota. This theme involves assigning intelligence to someone based on the person’s race.

Another type of racial microaggression, known as “alien in own land,” occurs when someone assumes an individual was born in a different country. This happened to Yihan Yang recently when a patient asked if she knew what the word “wuss” meant.

“Oh good,” the patient said, according to a tweet Yang posted in reference to the exchange. “I wasn’t sure, you know, about your language skills.”

Yang moved to Seattle in 2020 and works at the University of Washington Medical Center, generally in person. Her work as an academic hospitalist includes taking care of patients admitted to the hospital and teaching some of the trainees in the Internal Medicine Residency Program. Until a few years ago, she didn’t consider herself particularly educated on microaggressions, which come her way from patients every now and then.

“It’s just sort of some offhand comment that I don’t think anybody means anything by,” she said, noting the comment likely would not have been made to someone who was male or white.

She has not been subject to some of the more overt types of racism faced by other Asian Americans in the field at a time when some people refer to COVID-19 as the China virus 一 “whether the health care worker’s Chinese or not.”

The frequency of microaggressions directed at Yang hasn’t fluctuated much during the pandemic.

“I think I’ve come to accept it as almost like a part of life,” she said, adding that she is more likely to respond if a medical student or resident receives a comment from a patient. “Certainly if it’s me with a patient on my own, I don’t address it as much. I just don’t try to take it personally unless it’s like, really offensive.” 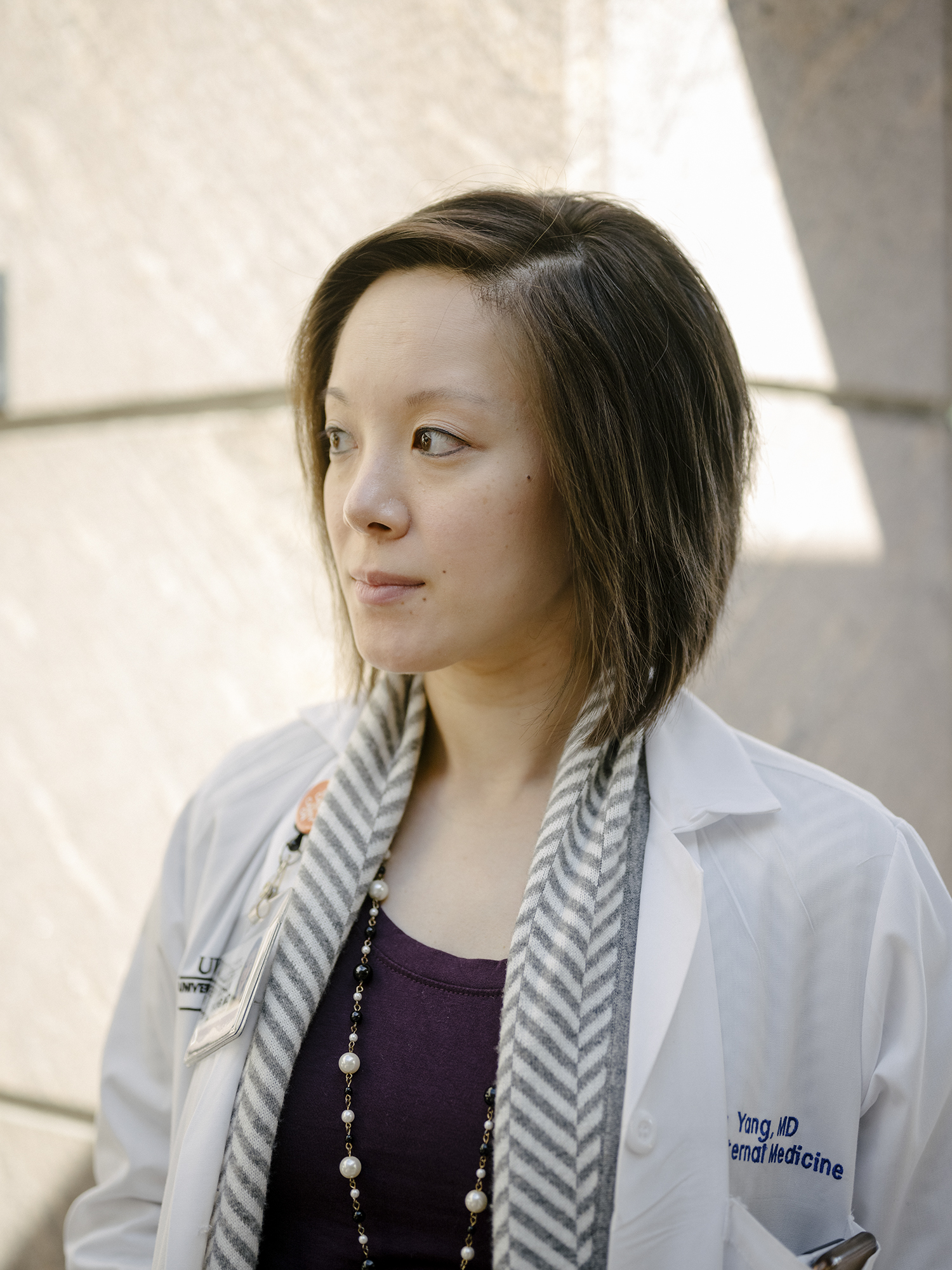 Dr. Yihan Yang poses for a portrait outside of the University of Washington Medical Center on Tuesday, Sept. 21, 2021. (Grant Hindsley for Crosscut)

Dr. Yihan Yang poses for a portrait outside of the University of Washington Medical Center on Tuesday, Sept. 21, 2021. (Grant Hindsley for Crosscut)

Who faces microaggressions in the pandemic?

Yang falls within the groups of people identified by Diya Khanna as those dealing with microaggressions during the pandemic.

Khanna, a diversity equity and inclusion consultant, named women of color, mothers and individuals with disabilities as groups navigating slights.

Khanna has heard of a few COVID-unique microaggressions, including a lack of recognition for the work people are doing, especially as the lines between work and nonwork life have blurred and concerns rise about the resilience of those experiencing mental health challenges or feeling burnt out.

Another microaggression she mentioned involves assumptions about why someone does not have their camera on during a virtual meeting. It could simply signal that an individual does not want to give others a portal into their homes or may be wearing their hair in a way that they would only at home, Khanna said.

Some are anxious about heading back to the office for reasons other than their fear of contracting COVID-19.

“They may have to go back into these face-to-face interactions where they feel unsafe, where they can’t navigate their emotions,” she said. “There’s no place to hide those emotions.”

Conversely for Shraddha Shirude, a high school math teacher in Seattle, the veil on emotions is part of the reason remote work falls short for her.

In her eyes, the virtual world fails to fully convey the hurt one might experience at the hands of colleagues. She considers the ability to hold side conversations (if, for example, a co-worker makes an unsavory remark) diminished in remote meetings if only one person can speak at a time.

“I think it made it actually more difficult for learning about humanity because we were not interacting with each other in more than just professional ways,” she said.

Online interactions have exacerbated one particular microaggression from Shirude’s perspective. She described a scenario in which someone speaks up on an issue that directly impacts them and does not receive support publicly, but hears positive feedback in private from colleagues unaffected by that issue.

This highlights to Shirude the unwillingness of people to go outside their comfort zone. These incidents happen both virtually and in person, but she felt they had increased online because it’s easier to message someone than to find them in the hallway.

“You know what would have been helpful?” she said. “If you had also said something.”