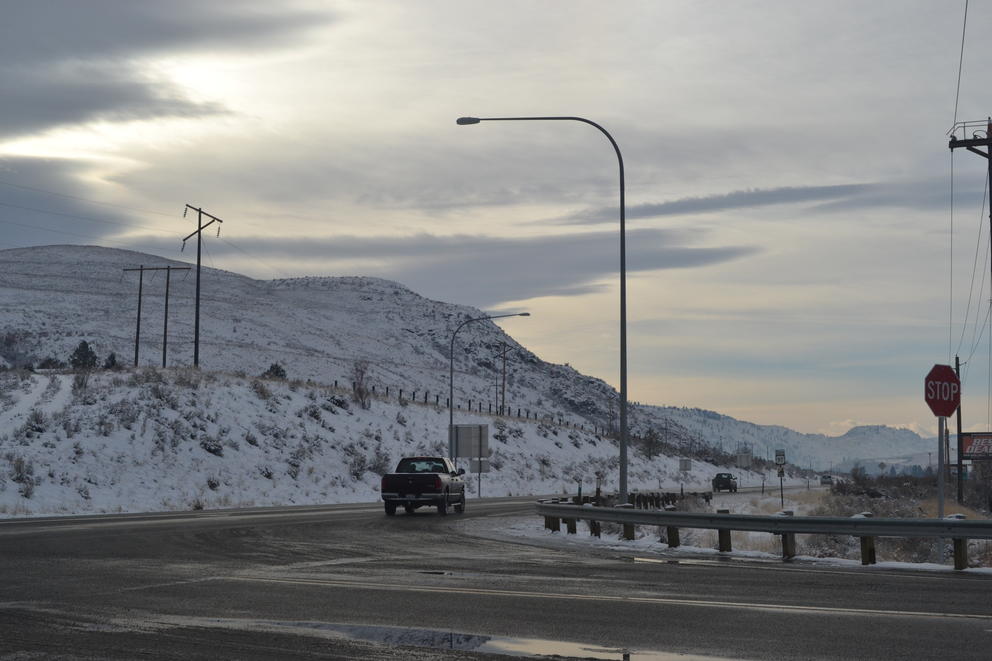 Two of the highest concentrations of searches of Native American drivers were on U.S. 97 near the Colville and Yakama reservations. (Jason Buch)

Two years after InvestigateWest reported that the Washington State Patrol was searching some racial and ethnic groups at a rate one researcher called “disturbing,” the agency has released a new analysis of its stop-and-search data. The headline: “No systematic agency bias.”

The State Patrol and Washington State University researchers who released the study this month, however, acknowledge the problem InvestigateWest uncovered in 2019 persists. State troopers are still more likely to search Black, Latino, Native American and Pacific Islander drivers, even though the troopers are more likely to find contraband like drugs or weapons when they search white drivers.

“The numbers have improved over the years,” said Chris Loftis, a State Patrol spokesman. “But the improvement has been modest in that particular situation, and modest isn’t good enough.”

In a news release announcing the study, WSU said researchers didn’t find “intentional, agency-level racial bias.” Statewide, they found no evidence that members of Black, Indigenous, Latino and other communities of color were being stopped at a rate higher than their populations and noted “minimal” differences between day and night stops, the latter a more widely recognized metric for determining bias. But WSU’s analysis of more than 7 million State Patrol interactions with the public from 2015 to 2019 found that state troopers stop Black drivers at a rate disproportionate to the Black population in King and Pierce counties, and found a similar disparity for Latino drivers in Benton County.

Christina Sanders, the director of WSU’s division of governmental studies and services and one of the researchers involved, said that “disproportionality” warrants additional study.

David B. Owens, a University of Washington law professor who worked with similar police data in Houston, cautioned against drawing conclusions about the presence or lack of intentional bias or discrimination from a statistical analysis. He said the disparities in stop-and-search rates “support a strong inference of biased policing.” It’s not evidence police are consciously targeting certain races, Owens said, but it suggests that race is playing a role — consciously or unconsciously — in the decision to stop and search. 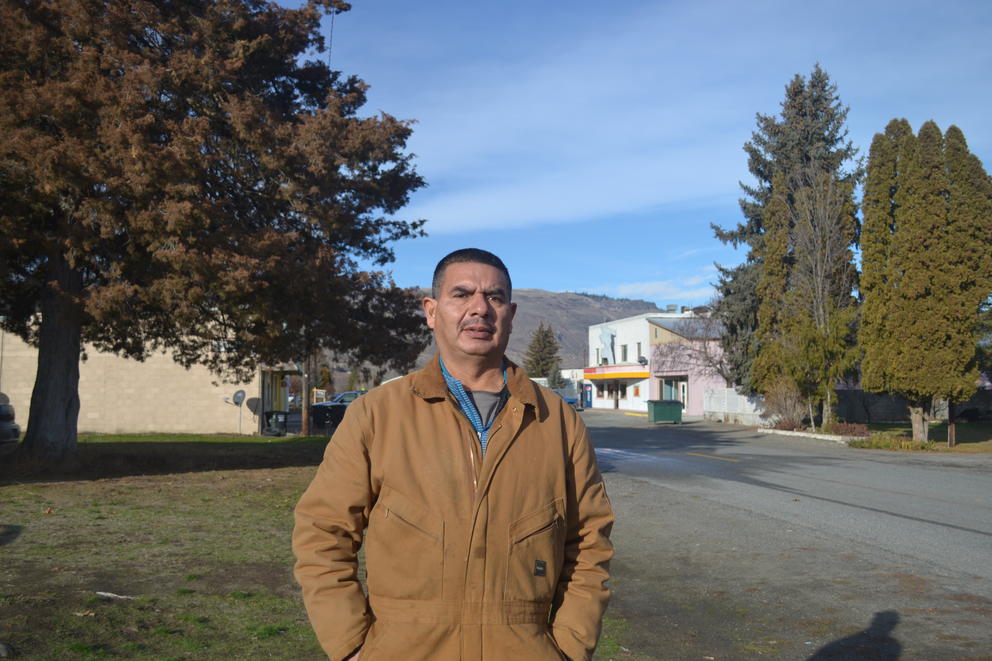 Manuel Farias, pictured outside his home in Bridgeport, said he was stopped three times in 2018 by state and local police in Okanogan and Douglas counties. Farias, a U.S. citizen originally from Mexico, said in the Trump era orchard workers in the region, many of whom are immigrants, have been afraid of the police. (Jason Buch)

Manuel Farias, pictured outside his home in Bridgeport, said he was stopped three times in 2018 by state and local police in Okanogan and Douglas counties. Farias, a U.S. citizen originally from Mexico, said in the Trump era orchard workers in the region, many of whom are immigrants, have been afraid of the police. (Jason Buch)

High-discretion searches, such as consent searches or canine searches when policy doesn’t dictate one, are a popular metric for police researchers. There’s a baseline — the demographics of people stopped — against which to compare how often officers search different racial and ethnic groups. When one group is searched at a higher rate than another, but the “hit” rate — the likelihood of finding contraband — is lower, it suggests police are setting a lower bar to justify searching members of that community.

WSU found that troopers were nearly five times as likely to search Native American drivers as they were white drivers, slightly better than InvestigateWest’s findings from 2009 to 2015. When WSU researchers took into account other factors, like gender, traffic violations and time of day, the disparity decreased. Taking into account those factors, Black drivers were 1.16 times more likely to be searched than white drivers, Latino drivers were 1.58 times more likely and Native American drivers were 2.77 times more likely. The State Patrol isn’t alone. Stanford University researchers, whose data the InvestigateWest analysis used, have found similar problems across the country.

Experts said those disparities result in an unequal application of the law — white drivers are less likely to face consequences for illegal activity — and drive a wedge between police and the communities they serve. That can spill over into other areas of policing. 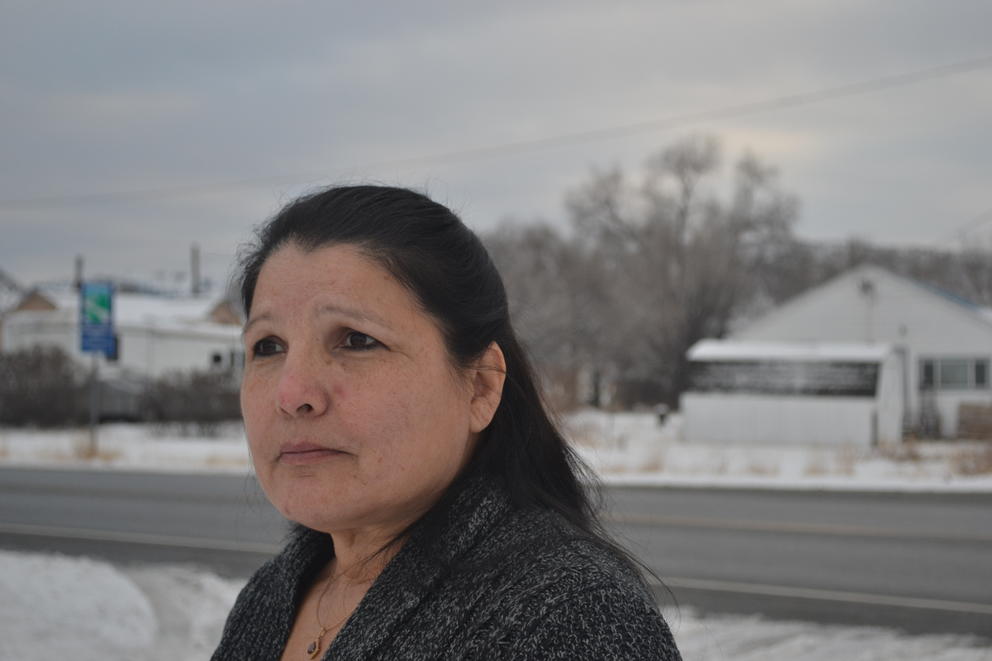 Norma Sanchez, a council member of the Confederated Tribes of the Colville Reservation, points out a place where in 2017, she says, she saw three state troopers stopping cars near where tribal land overlaps with the city of Omak in north central Washington. InvestigateWest’s analysis found nearly a third of all searches of Native Americans by the Washington State Patrol happened where U.S. 97 enters the Colville and Yakama reservations. (Jason Buch)

Norma Sanchez, a council member of the Confederated Tribes of the Colville Reservation, points out a place where in 2017, she says, she saw three state troopers stopping cars near where tribal land overlaps with the city of Omak in north central Washington. InvestigateWest’s analysis found nearly a third of all searches of Native Americans by the Washington State Patrol happened where U.S. 97 enters the Colville and Yakama reservations. (Jason Buch)

Clay Mosher, a WSU sociology professor who was not involved in the most recent study but conducted similar analyses in the past, said it’s “a good thing” the state is renewing the studies. He agreed with the finding that there’s no evidence of statewide discrimination by troopers. Still, Mosher acknowledged, the State Patrol is more or less where it was almost 15 years ago, when he and colleagues recommended investigating the search-rate disparities. Loftis, the State Patrol spokesperson, said the agency abandoned those studies in 2007 because of lack of funds.

“The next step is to try to drill down into the data and look at individual troopers,” Mosher said. “Are there troopers within particular counties who are more likely to search than others? And, if so, what do they look like and what’s the reason for that? To me that’s the next kind of logical step in this, which we never really got to either.”

Sanders said WSU will conduct focus groups around the state in an effort to better understand the disparities. She said researchers will work with the State Patrol to collect data that is easier to analyze and seek input from its leadership about “how best to follow up.”

“I think what we’re going to have to do probably is start looking at different locations and analyze that on a local level,” Sanders said. “The State Patrol collects a lot of data already. I’m not sure they’re going to need to collect more data, but [collect it in] a format easier to convert to analysis.”

“Overall I’m really happy with the results, and I do honestly believe they’re willing to train or do whatever they need to,” Mosbrucker said.

“I do think they need to investigate more,” she said. “I think the answers are with those who are most affected.” 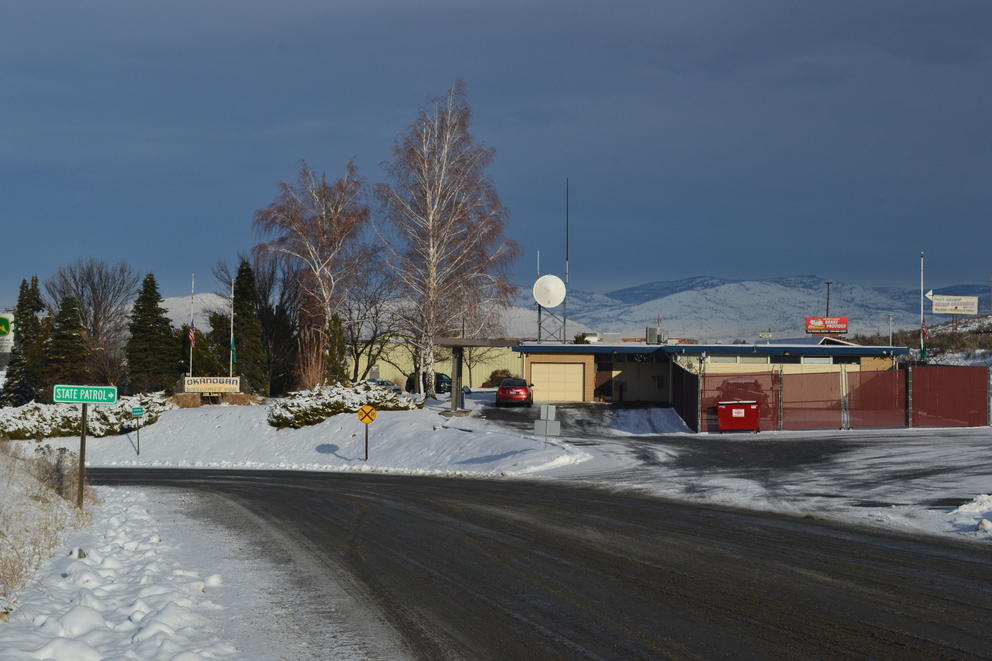 The Washington State Patrol facility near the entrance to Okanogan, just off U.S. 97. (Jason Buch)

The Washington State Patrol facility near the entrance to Okanogan, just off U.S. 97. (Jason Buch)

In 2020, the Legislature also gave the State Patrol, whose commissioned officer ranks are nearly 90% percent male and 90% white in a state that’s only 61.6% white, funds to conduct a diversity study. That report, released in March, criticized a hiring process that doesn’t attract a diverse enough pool of recruits and a psychological evaluation process that resulted in “disproportionally high fail rates for people of color.”

State Rep. Javier Valdez, D-Seattle, said he’ll be working with Gov. Jay Inslee to set benchmarks for the State Patrol to improve its diversity and address disparities in search rates.

“If we’re going to build trust in our communities throughout the state, and especially for people of color to build that trust with law enforcement, the numbers need to show people of color aren’t being targeted at a disproportionate rate,” said Valdez, who authored the legislation funding the diversity study.

The State Patro’s Loftis said that over the past two years the agency has hired a diversity, equity and inclusion director, begun contracting with an outside firm to conduct psychological evaluations and pledged to have 30% female recruiting classes by 2030 — right now about 10% of recruits are women.

“One thing the study points out is that disproportionality is not in itself an indicator of racial bias,” Loftis said. “In absence of evidence of bias, we are diligently looking through each possibility, but we have not and will never abandon the idea that we must always search for bias and eliminate it however and wherever it is found.”