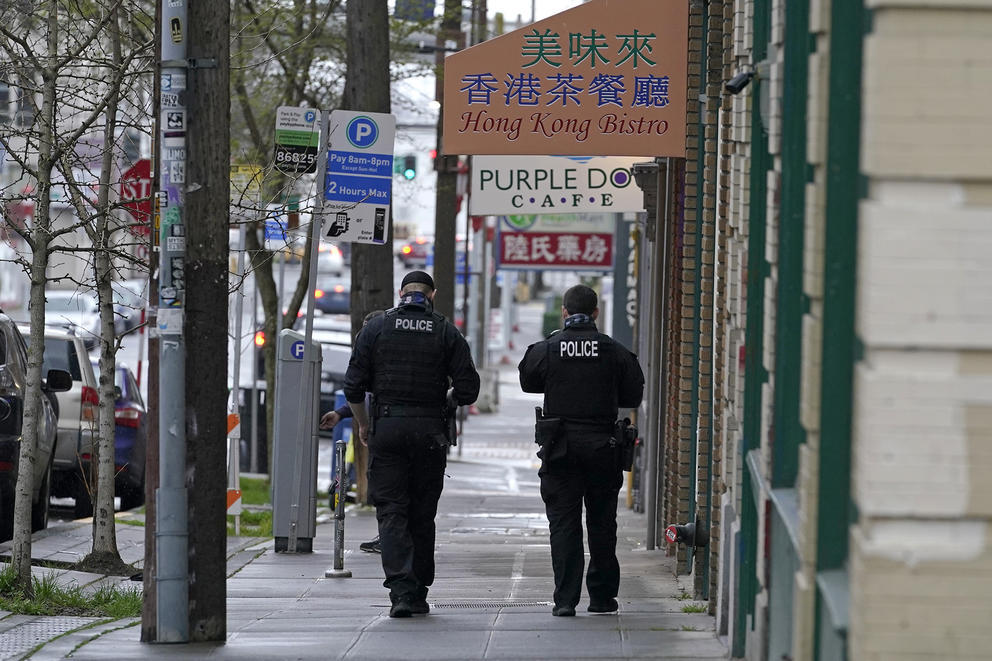 Sometimes, a reporter’s scrutiny prompts an agency to start truly scrutinizing itself.

That’s what I found while reporting for the past year and a half on police officers who land on prosecutors’ so-called Brady lists. These lists are a way for prosecutors to track police officers who have credibility issues — things like sustained findings of dishonesty, a history of filing inaccurate reports or even a record of using excessive force. Prosecutors must share this information with defense attorneys, because it could cast doubt on an officer’s testimony in court.

In early July of 2020, I requested the Brady files from all 39 of Washington’s county prosecutors.

I thought the records might make for an interesting story, given the increased focus on police misconduct after the murder of George Floyd by Minneapolis police.

What I didn’t know was that, in response to my public records requests, some county prosecutors would fix gaps in their systems for tracking officers’ misbehavior — or even update their Brady lists to include officers who hadn’t been flagged before.

In Douglas County, for instance, the county prosecutor was unaware that a local sheriff’s deputy had admitted to instances of tax evasion and fraud. That is, until we started making records requests.

“Recently a reporter from a Seattle news agency made a request from every county and city prosecutor’s office around the state,” wrote Douglas County prosecutor W. Gordon Edgar, in a letter dated July 17, 2020. (Technically, I asked only county prosecutors and the Seattle City Attorney’s Office, but my reporting work still involved more than 100 records requests.)

In response to those requests, a prosecutor in a neighboring county contacted Edgar to tell him about a pre-employment polygraph test in which a Douglas County deputy had admitted to questionable conduct. The deputy, who had applied for a policing job in the neighboring county, revealed he had committed insurance fraud, evaded taxes and stolen from an employer.

According to Edgar’s letter, the Okanogan County prosecutor “felt compelled” to release a summary of the polygraph to the reporter (me), but wanted to tell Douglas County officials about it first.

That exchange of information between prosecutors caused Edgar to reclassify the deputy as having Brady material that must be disclosed to defense attorneys.

Those disclosures, designed to ensure defendants’ due process rights, may not have occurred without our reporting. This is not dry, technical legal maneuvering. Brady lists can have real world consequences we would all recognize, such as making it harder for a cop with credibility issues to get a new job elsewhere; forcing prosecutors to gather more evidence to prove their case; or even preventing a bad arrest or a shoddy investigation from putting someone in prison.

In one Central Washington county, a local police chief had no idea one of his officers was on a Brady list in another county until Crosscut contacted the chief. Moxee Police Chief Jeff Burkett said in August he considered the information highly relevant and was looking into the matter.

Other prosecutors’ offices shored up their internal notification systems, so that an officer’s past misconduct wouldn’t escape notice.

In one county, the chief deputy prosecutor realized he had never seen a record of an excessive force incident involving a local law enforcement officer, even though that information was held elsewhere in his office. That’s a problem because prosecutors are obligated to share information that could impeach an officer’s testimony, even if they aren’t personally aware of it.

"Your story led me to go back through our records and double check things.… I then updated the list and fixed a hole in our reporting system,” the deputy prosecutor wrote in an email, while asking not to be identified.

These are just a few examples where Crosscut’s reporting on Brady lists caused local jurisdictions to check that they were following their own policies, as well as the latest legal guidance.

State lawmakers have taken note as well. Our reporting revealed that a new police accountability law may not apply to past misconduct, as key legislators had intended. Now, some legislators are talking about whether they need to clarify the law in the upcoming legislative session, which begins in January.

These are the impacts of investigative reporting that often go unseen. By forcing officials to respond to our inquiries and provide documents, reporters can prod government agencies to get their houses in order. Our goal, as government watchdogs, is more than just pointing out problems; we aim to make our democracy stronger and fairer.

“The more we talk about these issues — the more accountability there is, the more transparency there is — we get closer to the ideal,” said state Sen. Manka Dhingra, the incoming chair of the Senate Law & Justice Committee, when discussing the impact of Crosscut’s reporting.

In this case, our reporting is likely to help defense attorneys get more information about police officers with troubled histories. That’s a win for the constitutional right to due process — and the people of Washington state.

Thank you for reading our reporting on this issue over the past year; we have several related stories in the works for 2022.