How a patchwork system is trying to vaccinate Seattle’s vulnerable

Mobile teams are working to bring the COVID-19 vaccine to those who might struggle to get an appointment. 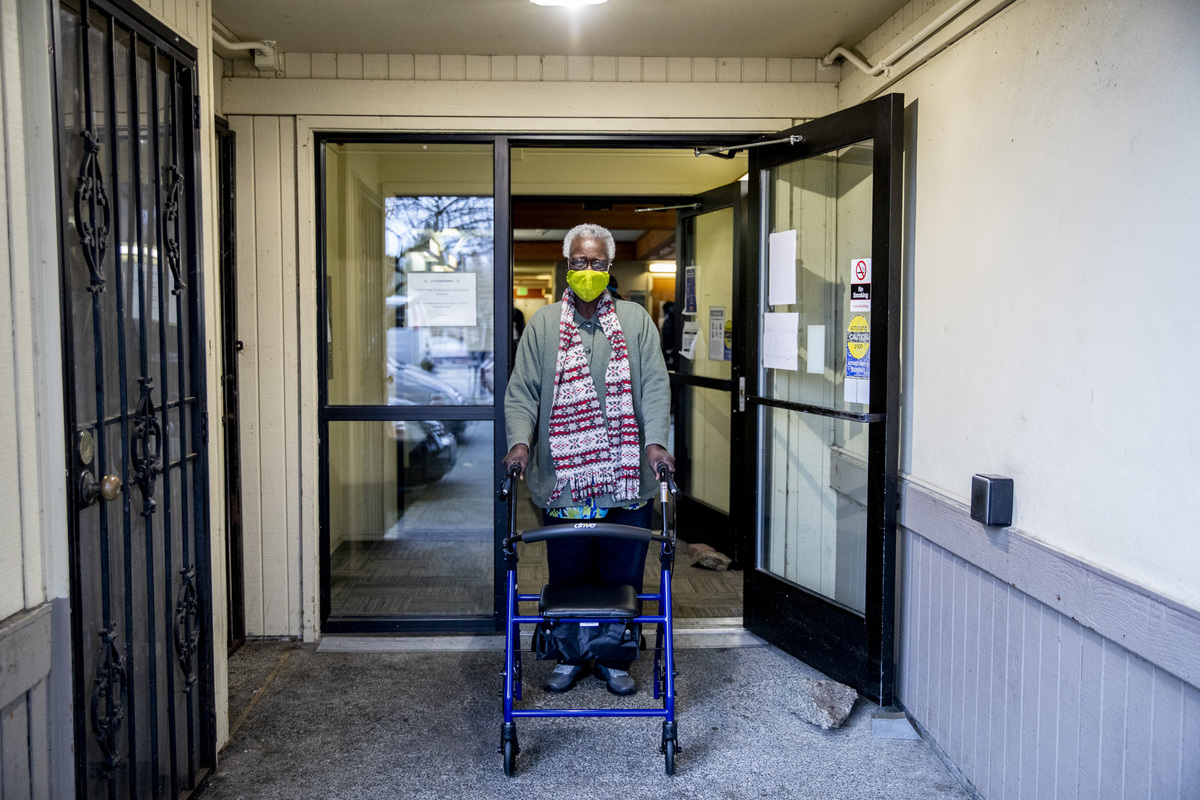 Brian Wallace is tired. Nearly a year ago, he became the first person in the Seattle Fire Department to learn how to stick a swab in someone’s nose to test for the coronavirus, a task his team has done over 600,000 times since.

“We’re all exhausted,” he said.

But now his team has a new job — one that offers a glimmer of hope: jabbing people with a vaccine instead of a swab.

“Being able to do vaccines right now is a real boost,” said Wallace, the acting captain of the department’s COVID-19 response team. “It’s definitely showing us all that there’s a little bit of light at the end of the tunnel. We have new energy for it now.”

Amid worries that those with time, money and access will get first crack at the vaccines, the team's mission is to bring the doses directly to the most vulnerable — immigrants, people with modest incomes, communities of color, homebound elderly. That would help these people avoid the frustrations, bottlenecks and other challenges to vaccine access.

Efforts to close this gap look more like individual jigsaw pieces rather than a completed puzzle. Wallace and his crew at the Seattle Fire Department are one example. The Holy Family Roman Catholic Church in White Center is another. It opened a tent on Thursday to vaccinate primarily members of the hard-hit Latino community.

“One of the things we’re seeing across the country is that people that are tech savvy, people that are connected, people that have the means to get one of these precious appointments [are] getting them, and we’re not necessarily getting vaccine to the populations where the people are most vulnerable,” said Wallace.

So far, King County has been among the most efficient distributors of vaccine doses in the country, using over 83% of its allotted supply. 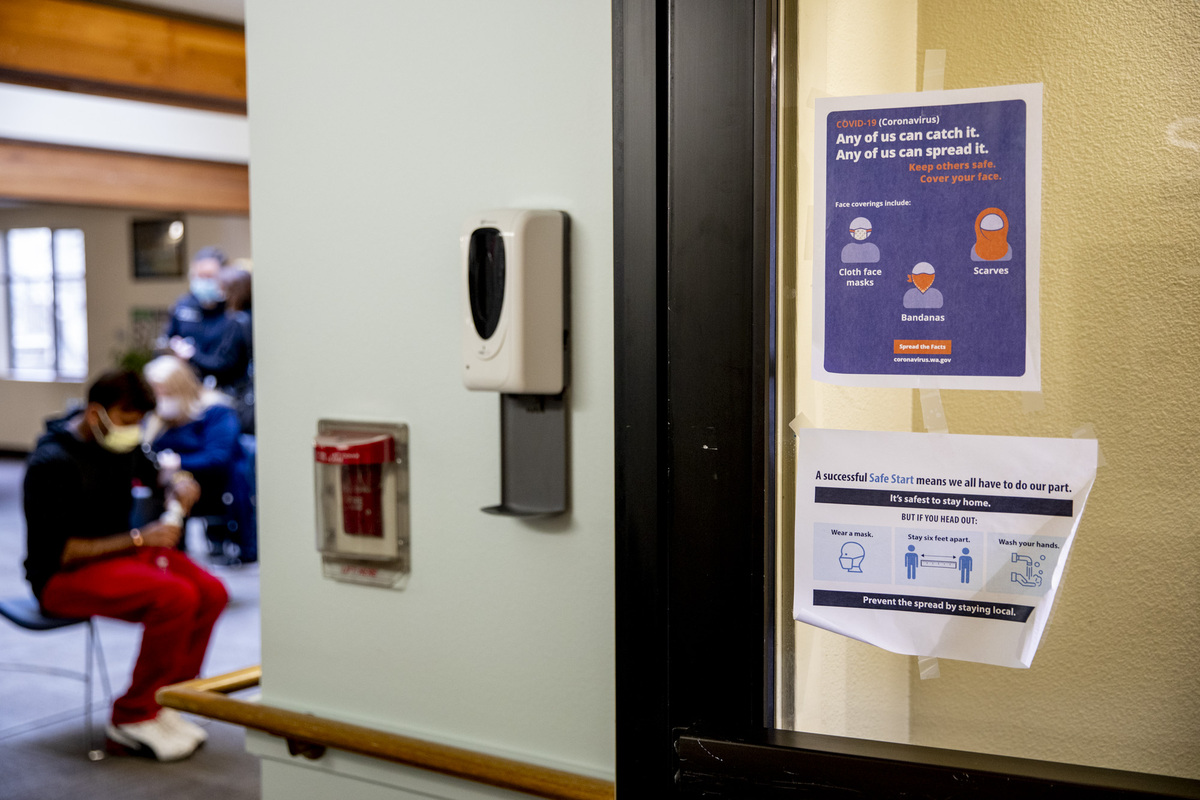 About two-thirds of those doses are going to white people. At the same time, white people make up just 40% of the county’s confirmed positive cases, which suggests the doses aren’t necessarily going to where the disease is most rampant. However, the demographics of those being vaccinated correlates closely to where the most COVID deaths have occurred, likely because the city’s older population and nursing homes skew whiter.

Compared with the need, the fire department’s efforts are minuscule. But the numbers are adding up; since Jan. 14, the department has doled out over 1,500 shots in 82 locations across the city. Wallace said the team is likely to receive an additional 1,000 doses each week.

On a blustery, cold afternoon this week, firefighters set up their operation in the lobby of a building for older people that’s owned by the Seattle Housing Authority. It’s in South Seattle, which Wallace says is no accident; the virus has hit these neighborhoods with more force than in other parts of the city.

The scene is like the crowded waiting room of a clinic: civilian employees of the Fire Department with iPads staff a check-in table and send each resident to a chair to get the shot. The patients roll up their sleeve for a firefighter to poke their arm and then sit for a spell to be sure there’s no allergic reaction.

Margaret Dixon was one of about 70 people to get a shot that day. Her face draped with a green mask, she navigated the room with a walker. She is a retired nurse and a midwife, so she knows how important these shots really are, she said. She’s happy, she said, “because I know I will not be affected. Prevention is better than cure.”

Andrew Lofton, executive director of Seattle Housing Authority, received his first shot that day as well. But his focus was on the residents. There haven’t been any major outbreaks in housing authority facilities, but “we’ve been constantly worried,” he said. “Our population that we serve here, many of them are a vulnerable population and elderly population, so the potential of the spread has always been there.”

The Fire Department is not the only team working to make vaccines more accessible in King County. 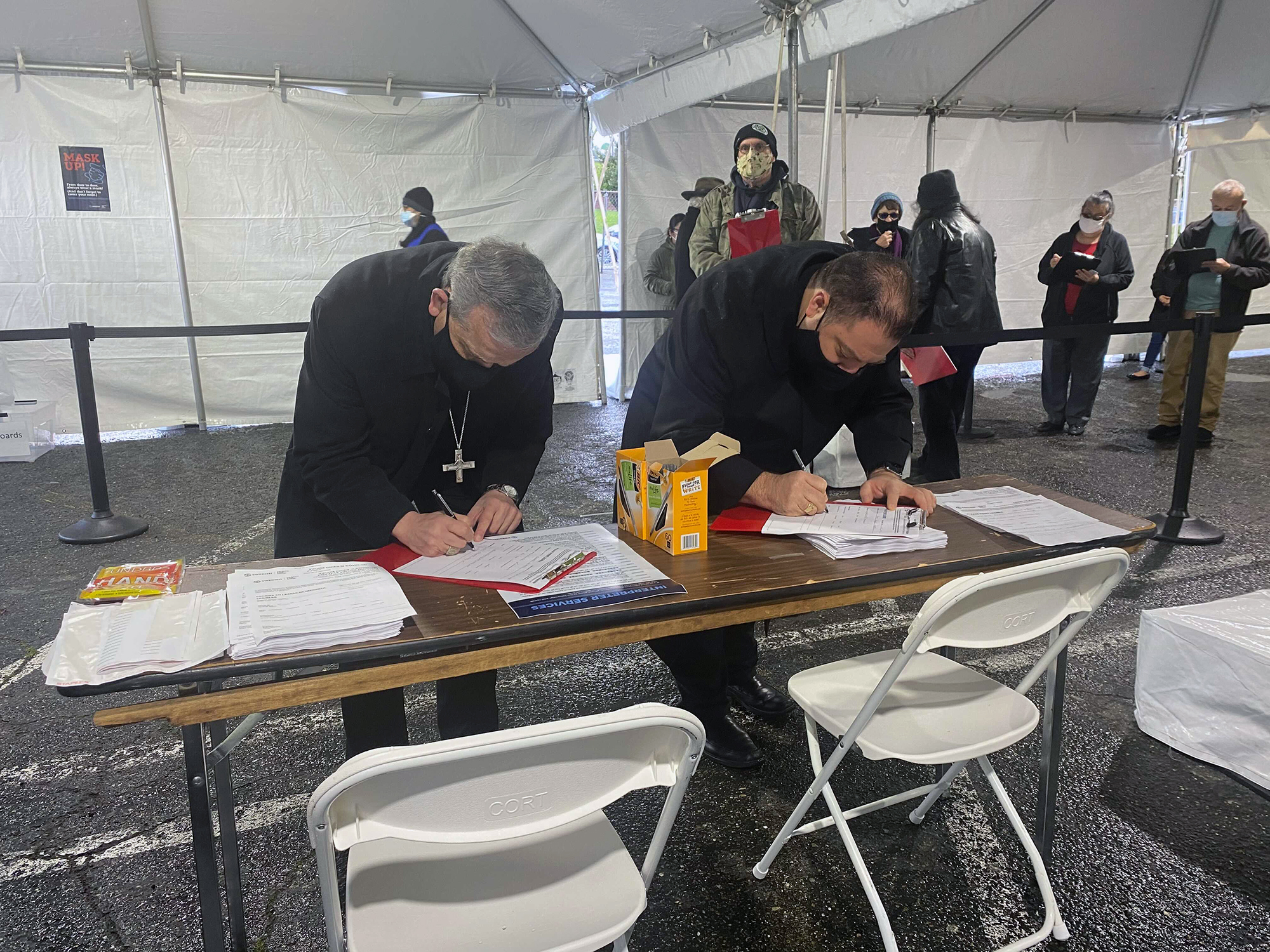 In White Center, under a big, white tent set up by Holy Family Roman Catholic Church, dozens of volunteers administered the vaccine to some of the people most impacted by the pandemic. On Thursday morning, 150 people, mostly Latino, lined up for the shot and watched two Catholic leaders get one, too, setting an example for the rest of the Hispanic population in the region.

“I wanted to be the first one in line to show them that there is nothing to be afraid of,” said 39-year-old Jose M. Alvarez, pastor of Holy Family Roman Catholic Church, who in December was sick with the coronavirus. Alvarez said there’s been a lot of confusion about the vaccine among those he ministers to. He’s heard wild rumors from the thousands who frequent the church, such as that the medication for the vaccine was made with the help of cells from aborted fetuses.

Still, Alvarez said the slots for receiving the vaccine were gone within an hour-and-a-half of opening up last Friday. Alvarez said 40 people in his parish have died from the coronavirus.

After receiving his vaccine, Bishop Eusebio Elizondo, 67, proclaimed inside the tent: “Jesus would have received the vaccine because he came to save.”

Elizondo explained that the church had initially been told there would be enough doses for only 100 people, but medical professionals had managed to squeeze out 50 additional doses, “like adding water to soup,” the bishop said in Spanish. He felt privileged to receive one of those doses, Elizondo said, but worried about those in the community who are still waiting. 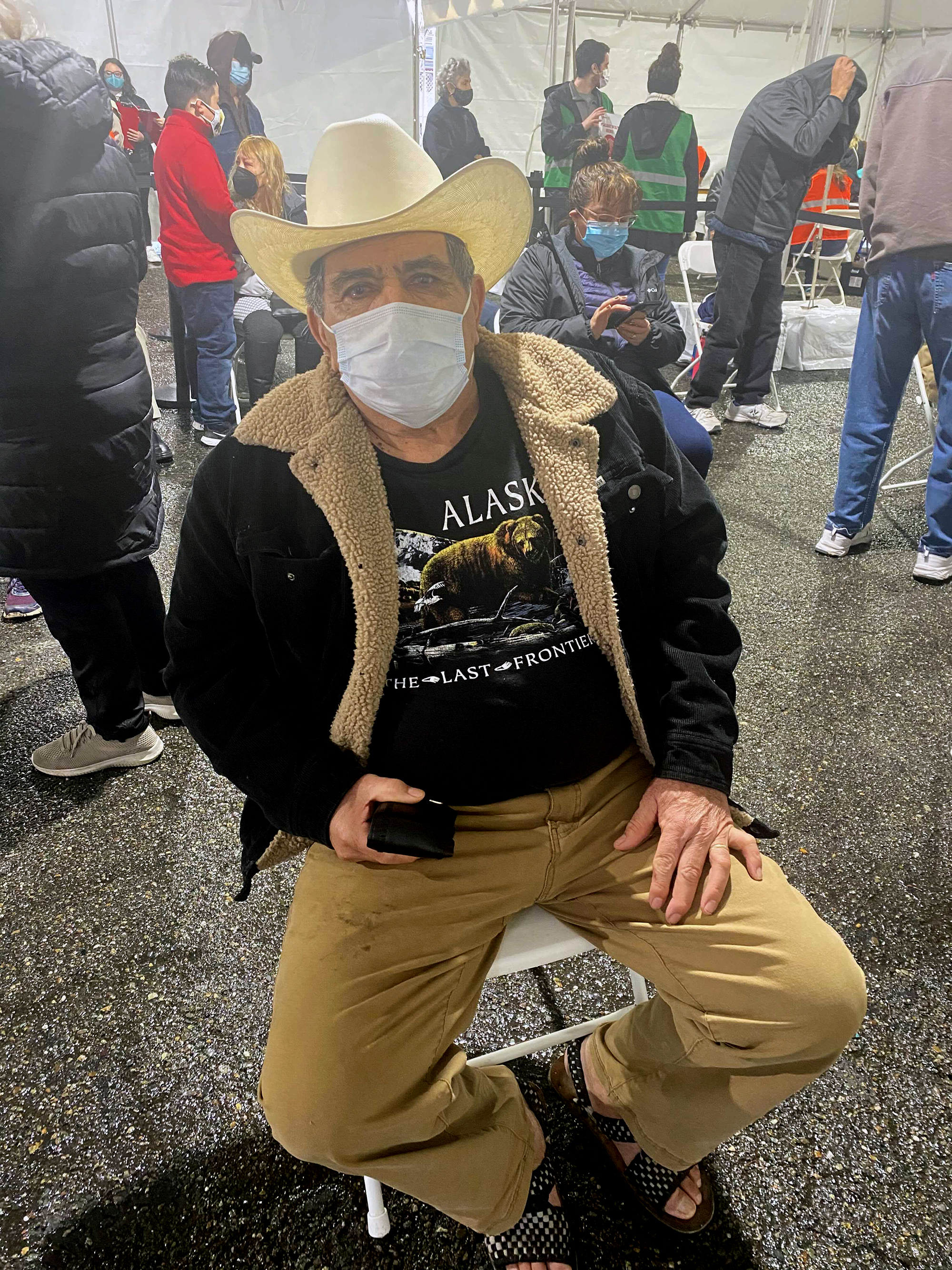 Francisco Javier Alvarado, 71, lucked out and got one of the last slots at the church. The retiree, who lives in Auburn, said he overheard someone speaking about the opportunity to receive the vaccine at a Taco Bell and immediately called the number to sign up.

Asked whether he was nervous about the shot, the father of four said, “On the contrary, I felt happy to come.”