Diversity training on WA college campuses will soon be mandatory

The new law, which will take effect in fall 2022, was shaped in part by student lobbyists. 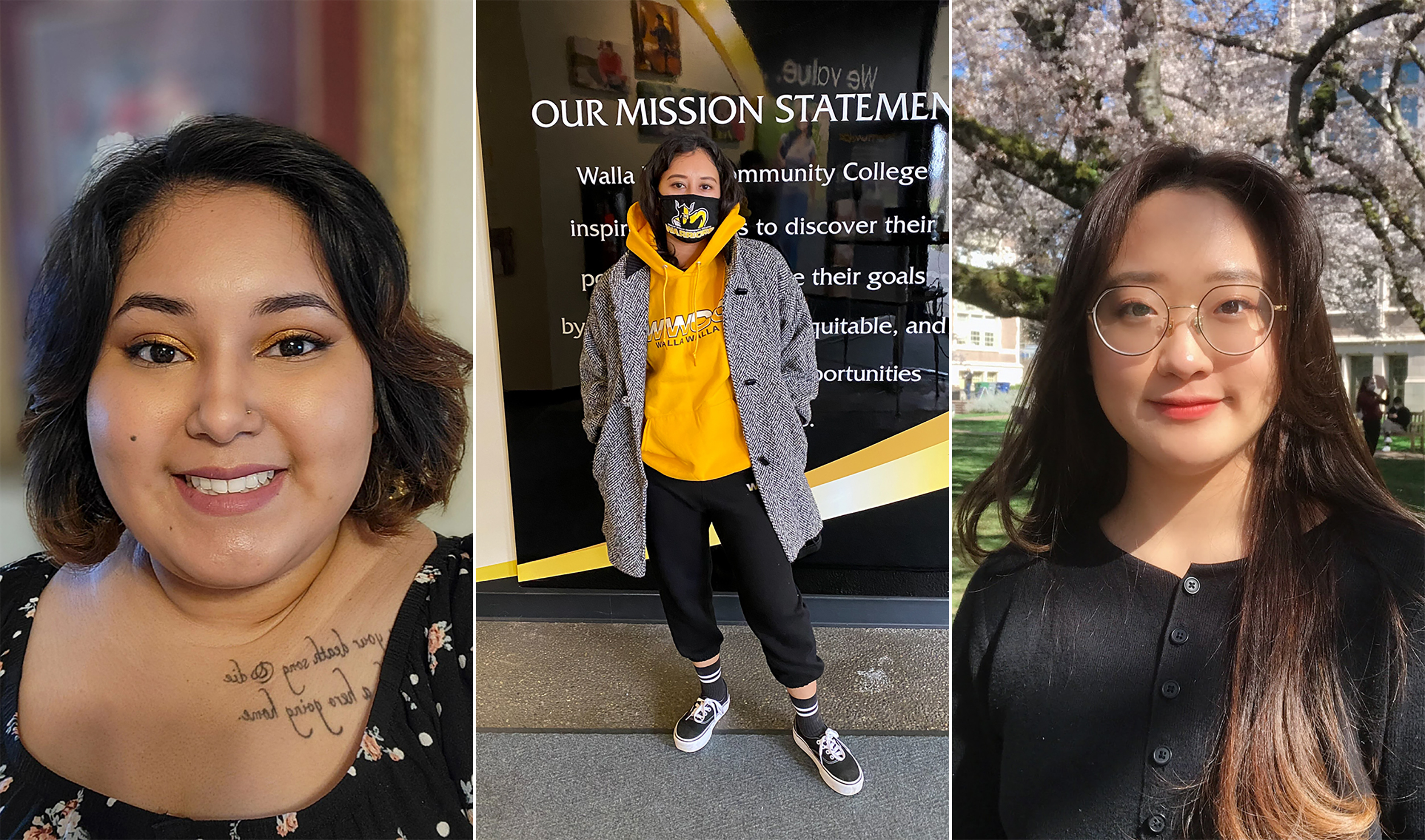 From left: Karina Tobar, the director of diversity for the Student Senate at Wenatchee College, Susana Treviño, the senator for disability, diversity, equity and inclusion at Walla Walla Community College, and Jiyeon Song, the executive officer of diversity in the student government at Edmonds College. (Courtesy photos)

Susana Treviño left their first advising meeting at Walla Walla Community College in tears after being stereotyped by an administrator in 2008. They didn’t return to the college until a decade later, when they began working toward an associates transfer degree and became the senator for disability, diversity, equity and inclusion in the college’s student government.

“It’s a struggle, right?” Treviño said. “It’s hard when you are a person of color and you are still having to fight for the basics. I just want to be educated, too. I just want a nice house one day, too.”

On May 12, the Gov. Jay Inslee signed Senate Bill 5227, which mandates that Washington’s 40 public colleges and universities conduct training sessions and assessments for both faculty and staff around diversity, equity, inclusion and anti-racism starting in the 2022-23 academic year.

According to the bill’s prime sponsor, state Sen. Emily Randall, D-Bremerton, the first draft of this legislation did not include student input, but when the idea came up in her meetings with student lobbyists, they wanted in.

The bill does not prescribe a specific curriculum or programs. Randall, who admits to attending her share of “bad” diversity training sessions, hopes administrators, staff and students will collaborate on an approach that works for their institution. Students from across Washingston state who work on diversity issues have some ideas. 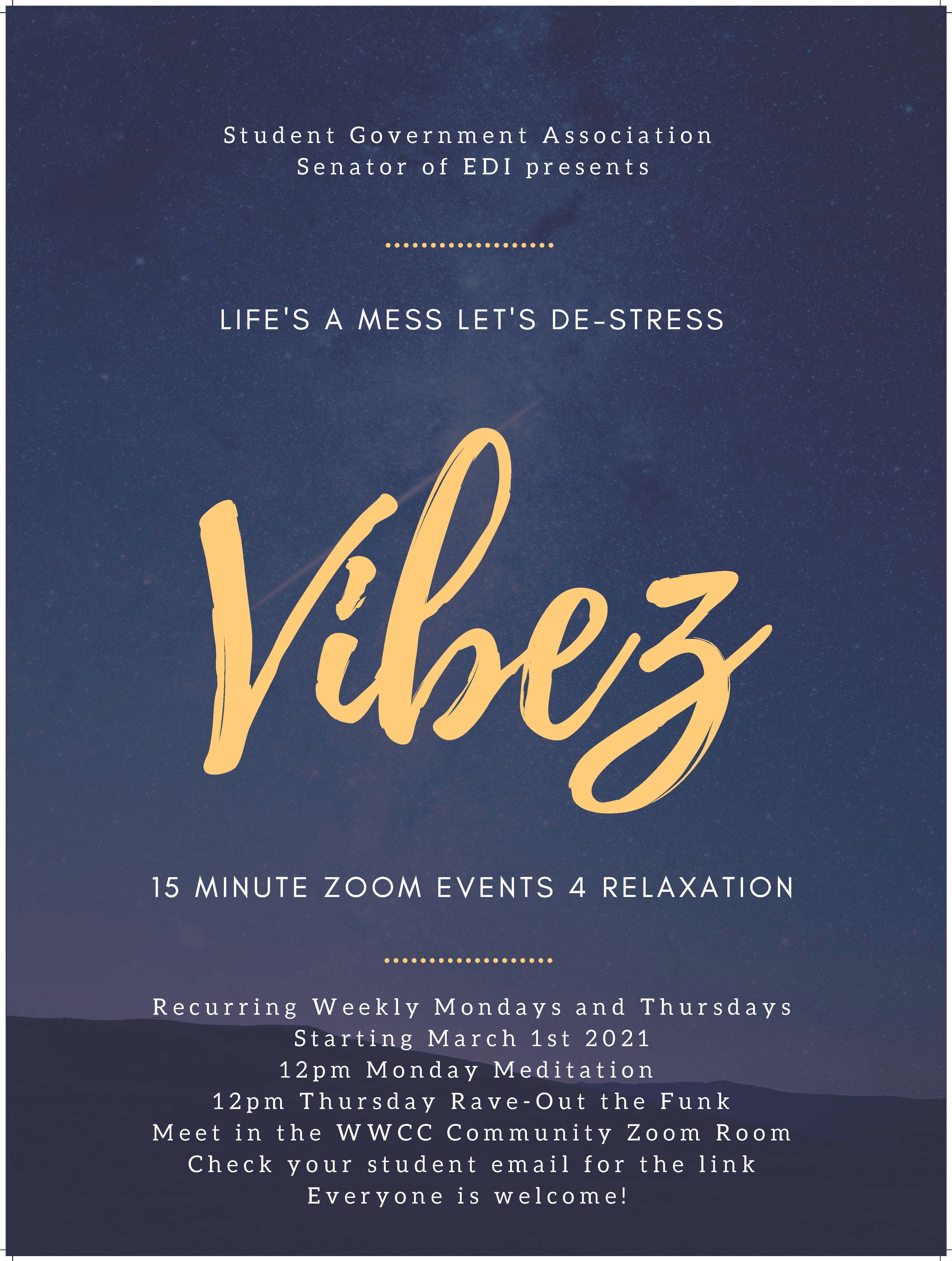 Karina Tobar, the Student Senate director of diversity at Wenatchee College, values transparency and accountability in this work. “Something that I would put in these trainings is to check your privilege,” said the second-year student studying sciences.

"Privilege" refers to the advantages afforded to an individual by virtue of social identity. Privilege exists along every axis of social classification: race, class, gender, sexuality, ability and others.

According to Tobar, having light skin as a Latina gives her privilege over Latinas with dark skin — the result of colorism, a prejudice toward individuals with darker skin, particularly within ethnic or racial groups.

Tobar recalls an instance where her biology class turned political. When a white professor had a different perspective than a student of color on an issue Tobar describes as “sensitive,” the professor (who Tobar says typically went by his first name) asked the student to address him by his formal title. Tobar says she thinks that situation would have gone differently if the professor had checked his privilege.

Some lawmakers have had issues with the new law. “I think a lot of these programs try to make people feel guilty about the color of their skin,” state Sen. Doug Ericksen, R-Ferndale, said.

Ericksen, founding member of the Senate Freedom Caucus, filed a series of three amendments to SB 5227. He also introduced similar amendments to Senate Bill 5044, which addresses equity, diversity, inclusion and anti-racism in the public school system.

Although that bill also doesn't prescribe a particular curriculum,  one of Ericksen’s amendments asked that “the proposed curriculum may not, in any way, disparage a person of another race, color, or creed."

“Some amendments didn’t come from a place of good intent, but from a place of obstructionism,” Randall said. “I think what [this amendment] was trying to say is that ‘talking about institutional racism is racist’ — and I don’t believe in reverse racism.”

Ericksen’s amendment was not adopted.

Although she is not involved in diversity training sessions at her college, Tobar says she is excited to see this bill pass.

“I think my college is great,” Tobar said. “We do a lot in terms of diversity, but we can be doing so much more.” 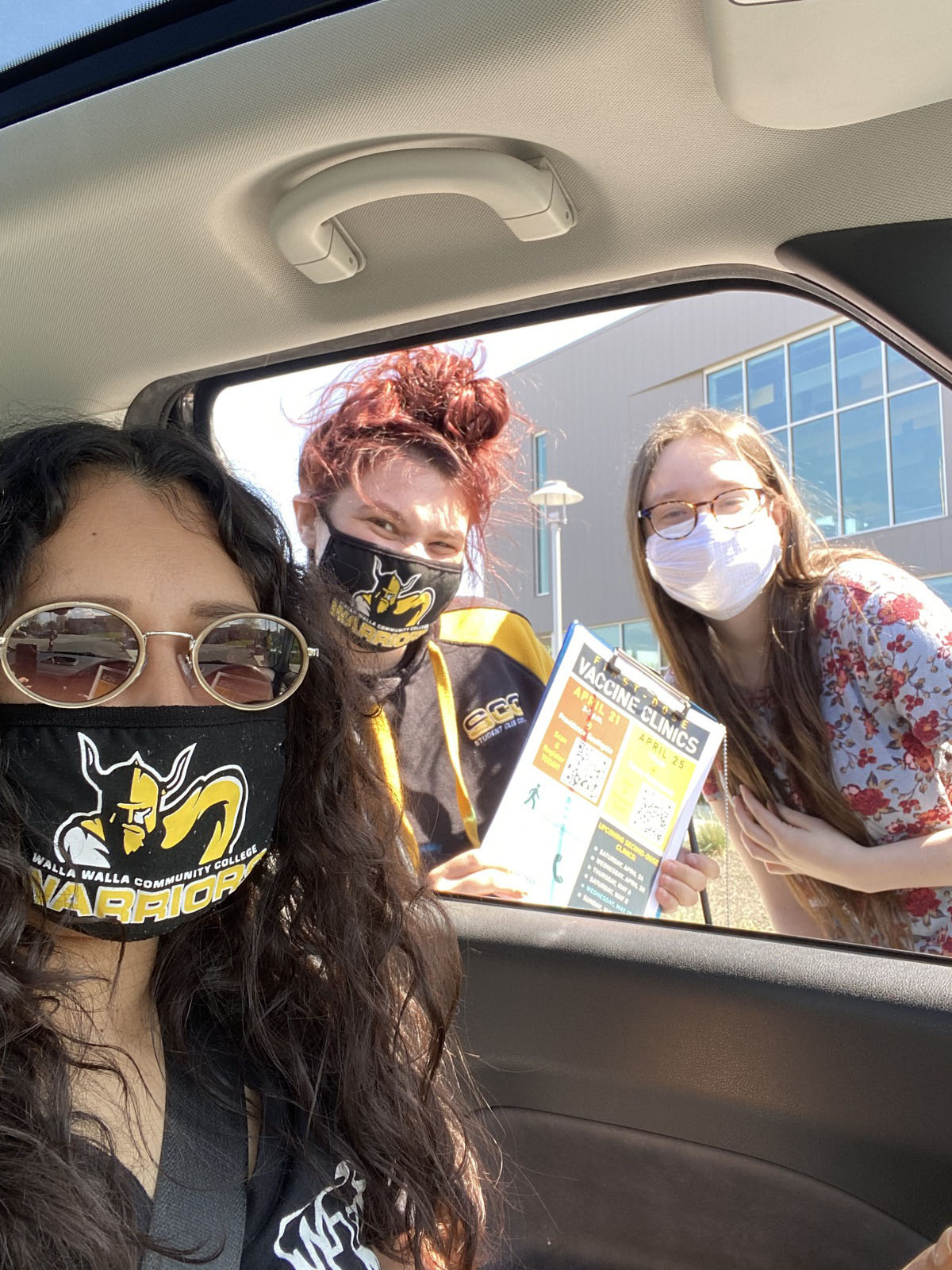 Susana Treviño was offered the senator for disability, diversity, equity and inclusion position at Walla Walla Community College after the Student Goverment Association president saw them perform a poem about their experience as an undocumented student at an open mic.

After they graduated from high school in 2008, Treviño went to Walla Walla Community College for an advising appointment.

“[The administrator] didn’t ask me anything, not about what I wanted to study, not about my life, not about my interests,” Treviño said. “Right away, the only thing she asked me for was my Social Security card.”

Treviño said that as an undocumented person, not only were they afraid that the administrator might call Immigration and Customs Enforcement, but they also felt stereotyped because of their ethnicity.

Now, as a student doing diversity work on campus, Treviño calls for a “total reprogramming” in the diversity sessions required by SB 5227 to unlearn implicit bias.

“One of the main points that could help everyone would be to emphasize how some of those old ideas and biases play out without you even noticing,” Treviño said. “We can unknowingly be putting a specific group of people down without realizing it.”

“Implicit bias” refers to the prejudicial association of traits to an individual based on a stereotypical understanding of social groups. Treviño uses their experience in 2008 as an example.

“This woman probably thought she was doing the right thing,” Treviño said. The federal government and most states, including Washington, do not require students to be citizens or to show proof of citizenship to enroll in college.

Treviño is the first person to hold the brand-new position of senator for disability, diversity, equity, and inclusion. They say “the whole ‘equity’ thing” has only recently gained prominence in rural areas like Walla Walla.

Diversity and anti-racist work has become more widespread and visible even in more rural areas, but not without pushback. Earlier this month, Idaho’s Republican governor, Brad Little, signed a bill to ban critical race theory in classrooms.

Randall says critical race theory, a decades-old academic concept of systemic racism, has become something of a “boogeyman” in the political arena. In Washington state, Ericksen proposed an amendment to keep critical race theory out of these training sessions. It was not adopted. 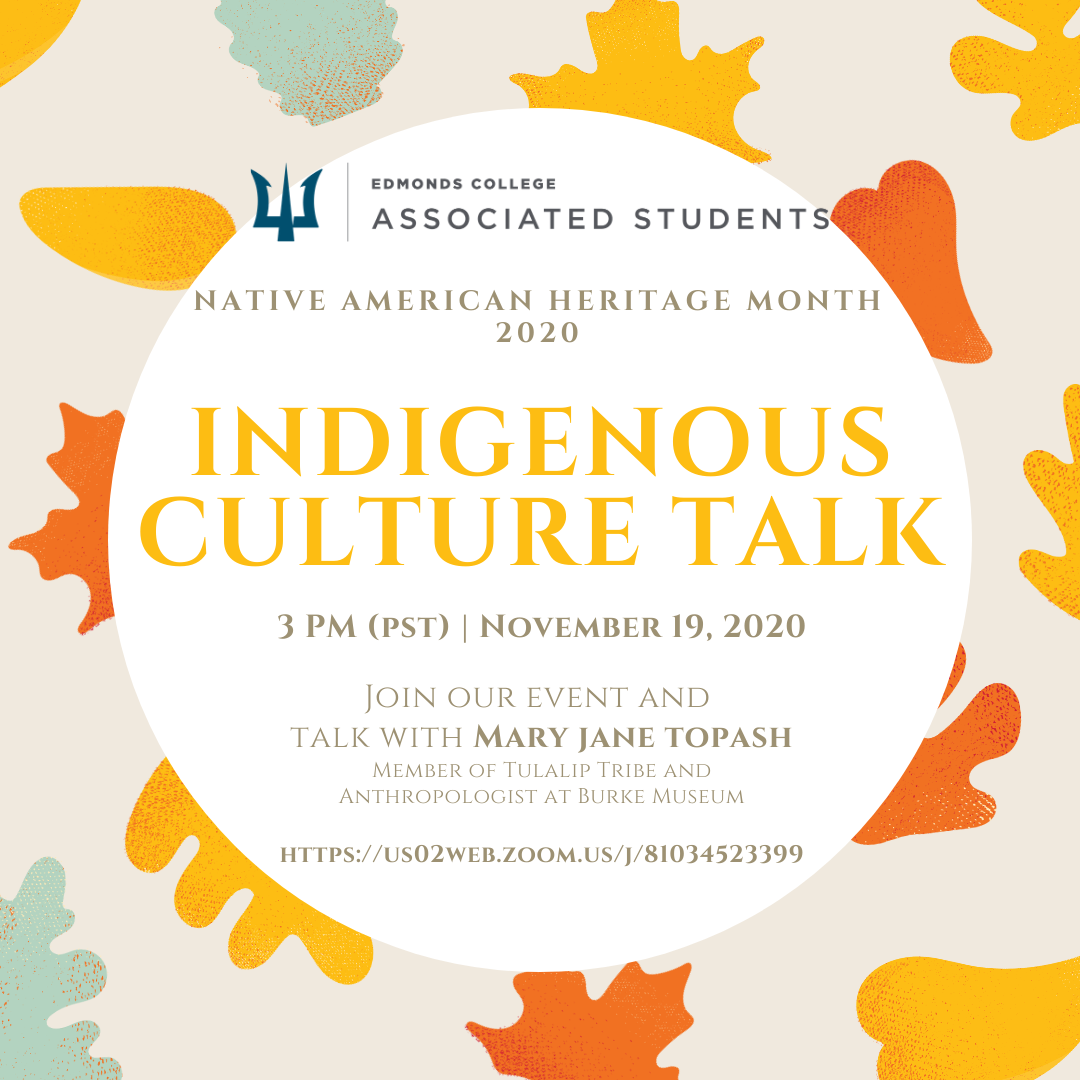 When Jiyeon Song came to study computer science at Edmonds College, she was surprised that students from the United States assumed K-Pop, Korean popular music, was “nerdy.” Although the Korean international student is not a huge K-Pop fan herself, she remembers sympathizing with students who felt “ashamed” to enjoy music from their home country.

In the fall of her second year at Edmonds College, Song took on the role of executive officer of diversity in the student government.

“As an Asian student, I haven’t felt any explicit racism on campus,” Song said. “I’m really thankful for that, but still we need to understand other people’s cultures.”

In her diversity work on campus, Song says she has hosted events with Native American guest speakers to further cultural competence. Tobar hosts at least two cultural events a quarter — remotely, of course. Some of her favorites centered on Dia de los Muertos, Pride month and Black History month.

“I think racism starts from not understanding,” Song said. “I think we need to educate people on the lived experience of people of color to help anti-racism on campus.”

Ericksen said he loves all people — especially when they are celebrating America.

Another one of his proposed amendments asked that the curriculum “not include or suggest sentiments that may be considered anti-American or negative towards the United States of America.”

Ericksen said he does not want the curriculum to be similar to the 1619 Project, a New York Times project that reframes the narrative of American history from a Black perspective.

“Criticizing America is one of the most patriotic things we can do,” Randall said. “I love this country and I want it to be better. That’s part of the reason I serve my community as a legislator.”

Colleges and universities will have until the 2022-23 academic year to figure out a program that works for them. After that, Randall intends for the bill’s required campus climate surveys to guide them.

According to Treviño, who has seen unchecked bias first hand at their college, this student feedback will be invaluable because, as Treviño said “students' lived experience might be different than what they talk about at their staff meetings.”