The city's police watchdog is investigating 6 Seattle police officers who were in D.C. on Jan. 6. The union has filed a grievance. 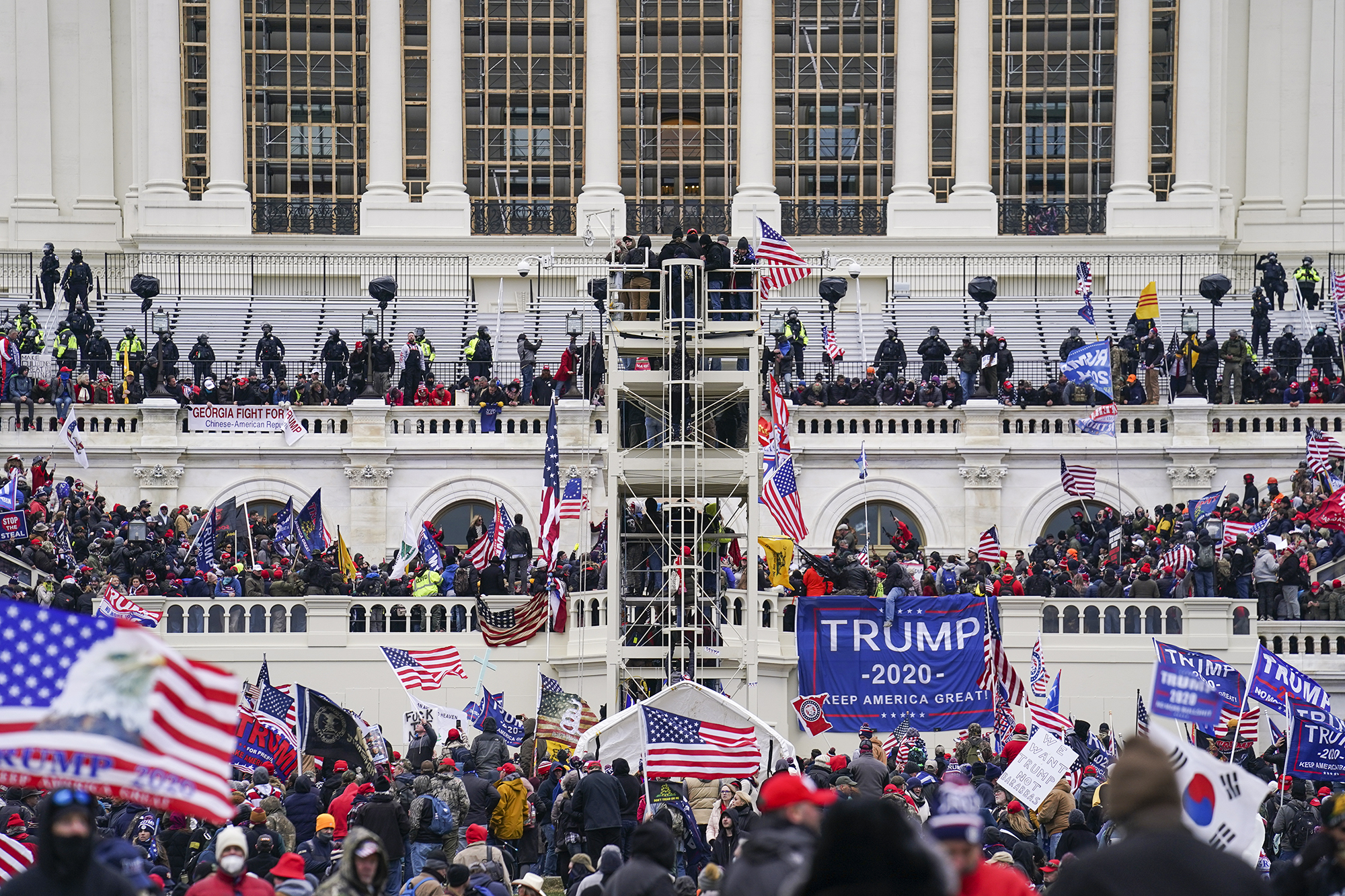 Seattle’s largest police union has been working behind the scenes to limit the city’s investigation into six officers who were in Washington, D.C., on Jan. 6, the day a mob breached the Capitol building.

The union and its members are specifically targeting the Office of Police Accountability, which on Thursday is likely to release the findings of its investigation into whether the officers participated in the insurrection or only attended a rally on behalf of former President Donald Trump.

On May 27, the Seattle Police Officers Guild filed a grievance against the city, alleging that investigators’ demands for travel receipts, photos, text messages and other documentation of the officers’ attendance violated the nondiscrimination clause in the union’s contract with the city. The union has called on the Office of Police Accountability, which is tasked with investigating external and internal complaints against police employees, to destroy personal records it has collected from the six officers.

At the same time, one officer who was in D.C. has accused a top civilian employee with the OPA of leaking his name to Crosscut. The city’s Human Resources investigations unit is looking into his allegations. Crosscut has declined requests to aid in the investigation and does not comment on sourcing.

Both of these efforts follow a previous attempt in King County Superior Court by the six D.C. attendees to block the disclosure of their names to the public. The union supported the officers in their petition. A judge denied that request.

The OPA first began looking into the officers’ Washington, D.C., trip after images surfaced of two Seattle Police Departmet employees attending the rally on behalf of Trump. In response, interim Seattle Police Chief Adrian Diaz placed the two employees on paid leave and asked any other employee who had traveled to D.C. to come forward. Four more said they had attended the “stop the steal” rally; lawyers for all six employees say the officers did not participate in the storming of the Capitol building.

The OPA is likely to release its findings to the public as soon as Thursday. Diaz said he would fire any officer found to have participated in the insurrection.

Since news broke of the officers’ attendance, the Seattle Police Officers Guild has sought to keep those officers’ names out of the public eye and to limit OPA’s investigation on several fronts. First, the union unsuccessfully fought in King County Superior Court to block several standing public records requests for the officers’ names, including from news organizations in Seattle.

Then, in May, the union filed a grievance that leaves open the possibility of a settlement between the city and the union. The grievance alleges that the OPA investigation into the officers’ conduct was unlawful and discriminatory.

At issue in the grievance is OPA’s demand for private documents from the officers, including travel and lodging receipts, text messages between family and friends, bank statements and photographs. Those demands, argued lawyers for the union, had never before been made of SPD employees and were being levied only because of the political ideology of the officers in question. Therefore, the union argued, this investigation constituted discriminatory behavior on the part of OPA, in violation of the union’s contract with the city.

As a proposed remedy, the union has demanded that the OPA cancel its request for personal records, destroy any private documents already provided to the office, block those documents from being publicly released and remove them from the investigation’s case file. The union also demanded that the SPD acknowledge the violation, retrain OPA staff and “make the named officers whole.”

The grievance appears unlikely to slow the release of the investigation's findings. But Andrew Myerberg, director of the OPA, nevertheless expects the grievance to go to an arbitrator as a battle over future precedents. He said that five of the six officers produced the requested documents. A separate OPA investigation has been opened into the sixth officer’s refusal to cooperate.

“SPOG has raised these objections and their contention is that it’s an illegal order,” he said. “From the analysis we’ve done, we disagree and we feel we’re on sound legal ground.”

At the same time, investigators with the city Human Resources Department have opened an inquiry into a top civilian employee with the OPA over an allegation he leaked to Crosscut the name of one officer, Jason Marchione, who had traveled to Washington, D.C., on Jan. 6.

The 180-day time limit for the OPA to complete its investigation expired on Monday.