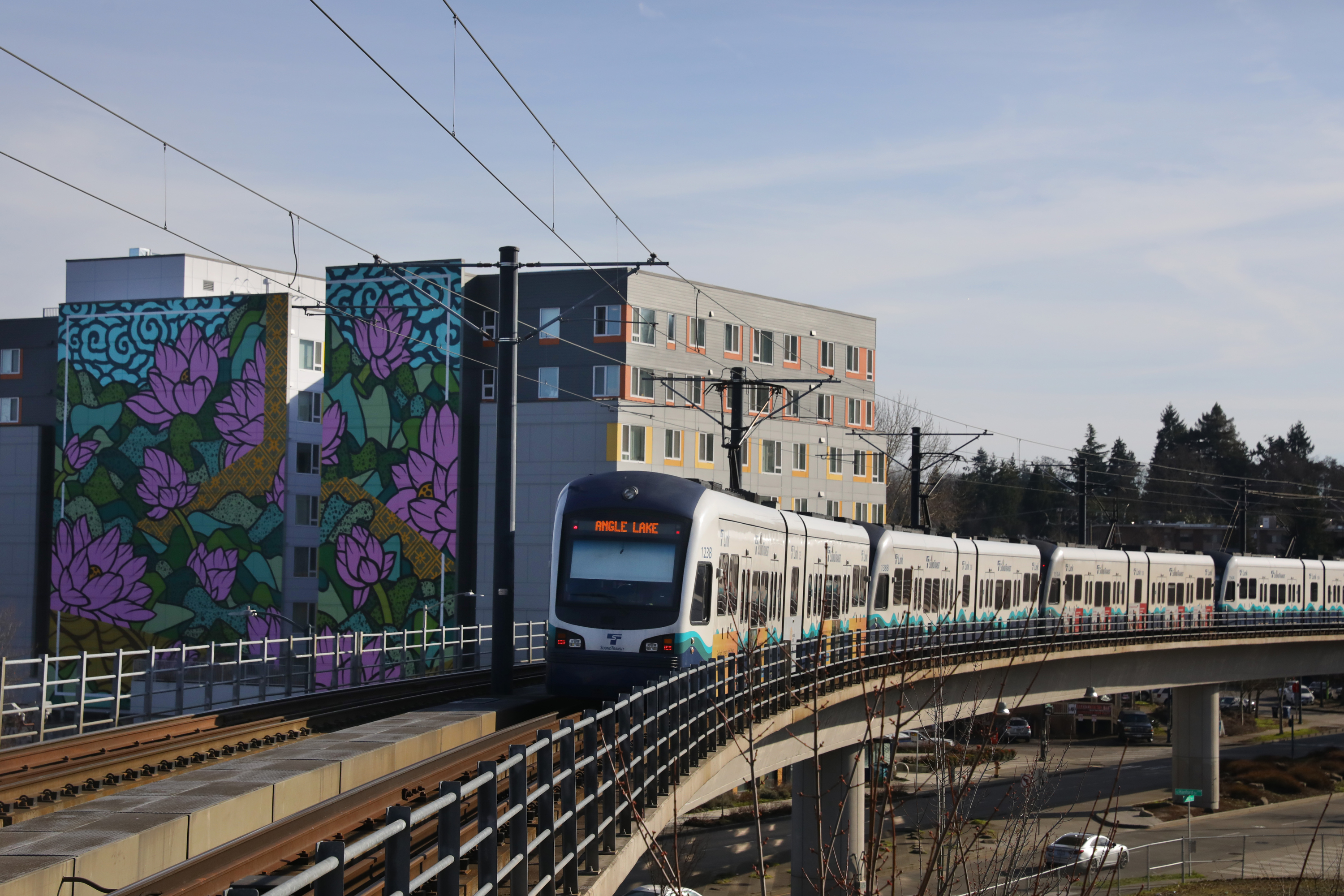 Would you pay a special tax to get more light rail built faster in your city? Or to increase what’s possible with transit in the future? It’s a question Sound Transit can now put to voters, thanks to a bill passed by the state Legislature this year.

The measure, approved 29-18 in the Senate and 50-49 in the House, allows Sound Transit to propose and pay for transit improvements in specific cities beyond what’s in the agency’s planned expansion or speed up the delivery of existing plans.

To do so, the Sound Transit Board would create “Enhanced Service Zones” encompassing subsets of the region in which the agency operates. A zone’s boundaries must incorporate an entire city or town at a minimum, but can be drawn to include multiple municipalities and unincorporated areas.

The board would propose improved service or a faster construction timeline, which would be paid for by increasing car tab fees or raising commercial parking taxes — but only for residents in the Enhanced Service Zone. It would then be up to voters residing in that area to approve the tax increase and pay it.

“As the light rail system has gotten built out in Seattle, people are absolutely hungry for having it be bigger, faster, all of those things,” said state Sen. Jamie Pedersen, a Democrat from Seattle and the bill’s lead sponsor. “They’re impatient to get started on building out a much more robust system that people can use before they retire, to do the kinds of trips that are not possible right now, like crosstown [light rail] trips.”

Sound Transit is in the midst of a massive expansion of its light rail system. In 2016, voters approved a $54 billion plan for the third phase of light rail construction. When it’s complete, light rail will stretch from Tacoma to Everett and from Seattle to Redmond. Seattle will also get a second line, one that would connect West Seattle to Ballard.

But completion of the entire system won’t happen until 2036 at the earliest. And budget shortfalls during the pandemic — when ridership shrank dramatically — have led to talk of project delays.

Pedersen explained that a key factor in how fast a project can get delivered is how much cash the agency has on hand. It’s not that it takes 20 years to build each station between Northgate and Everett, but that the agency cannot afford all that simultaneous construction.

His bill would allow cities with pro-transit voters to generate the additional cash necessary to build more projects at the same time.

It would also allow cities to pay for a more robust version of what’s already planned as part of Sound Transit 3. Pedersen points to the second downtown tunnel that Sound Transit plans to dig. A basic more cost-conscious version of the tunnel would get the job done, but won’t have the space to allow transfers to other lines, should Sound Transit want to build crosstown lines in the future.

“We’re going to be making an absolutely massive investment in the new tunnel downtown,” Pedersen said. “For a relatively small investment, they could essentially future-proof the tunnel and that line by including expansion capacity for a crosstown line. I mean, we’re talking hundreds of millions of dollars, but in the scheme of [a $54 billion investment] it’s relatively small.”

The idea for more local funding came from the volunteer transit advocates at Seattle Subway who want to see Seattle and the region build out a fully connected rail system. To achieve that vision, the advocates said, Sound Transit needs to be making more investments now to future-proof existing infrastructure. Enhanced Service Zones are one way to pay for it.

“We know we need more light rail and need it faster for our city,” said Strauss. “And if we are able to generate dedicated revenue sources for light rail, we will get our trains faster and we’ll get more of them.”

Strauss said his particular focus is delivery of the West Seattle-to-Ballard line, which affects his district in the northwest corner of the city. “Our desire is to get to Crown Hill or beyond with the next build. And we don’t want to wait until 2036.”

Sound Transit spokesman Geoff Patrick said the agency supported the bill during the legislative session, but did not request or initiate its creation.

The measure gives Sound Transit authority to create Enhanced Service Zones anywhere it operates in King, Pierce and Snohomish counties. It also applies to any Sound Transit service and could pay for things like extra bus service or weekend Sounder Train service. But Seattle is the likeliest first candidate for the additional tax and would likely make investments in light rail.

Seattleites over the years have consistently voted to raise taxes on themselves to pay for local and regional transit measures. Sound Transit 3 tripled car tab fees for residents in the region, giving some residents sticker shock. But even when statewide voters passed a ballot initiative in 2019 that rolled back car tabs to $30, 76% of Seattle-area voters tried to keep the higher fees in place. That ballot initiative was later overturned by the state Supreme Court.

Transit advocates in Tacoma and Everett are not sure voters in Pierce and Snohomish counties would have the same appetite for special transit taxes.

Laura Svancarek, advocacy coordinator with Tacoma’s Downtown on the Go, said some advocates in Pierce County worry that additional funding for faster project delivery in Seattle could lead to further resentment among Pierce residents, who are also paying for Sound Transit 3, but are low on the priority list for projects.

“One of the reasons it’s so challenging to pass transit things down here is people are looking at the expansion of the system in Seattle and the surrounding area then seeing how long it takes to get to us. There’s a feeling of ‘I’m paying my taxes, too. Why am I not getting more?’” explained Svancarek.

Brock Howell, executive director of the Snohomish County Transportation Coalition, said he supports the plan in order to give local jurisdictions the authority to pay for extra transit.

“My personal view is that it’s pretty unlikely to be used in Snohomish County. But I don’t share the concern that this will mean we won’t be able to get regional packages passed,” said Howell.

Seattle City Councilmember Strauss said he hopes the Sound Transit Board acts as fast as possible to put a possible Enhanced Service Zone in front of Seattle voters. But the bill just passed on March 9 and is sitting on Gov. Jay Inslee’s desk, awaiting a signature. Sound Transit’s Patrick said the agency’s board has not yet discussed when or how Enhanced Service Zones might be used, so it’s too early to say when voters might see the issue on a ballot.