Trump calls them suspicious, but WA has counted late ballots for years

Conservative activists have decried late-arriving mail ballots as suspicious. In our state, they’re anything but. 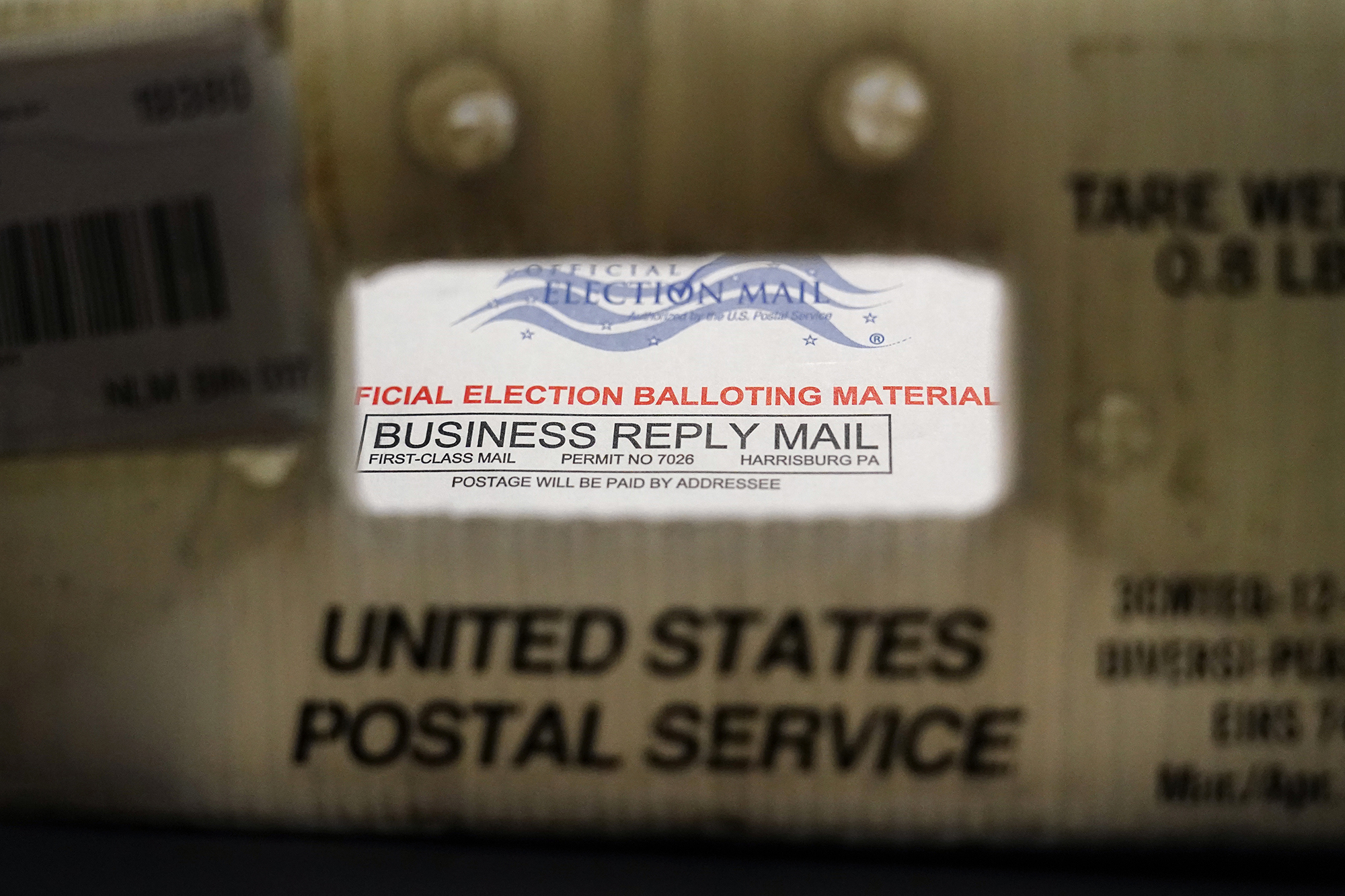 Mail-in ballots for the 2020 General Election in the United States are seen before being sorted at the Chester County Voter Services office, Friday, Oct. 23, 2020, in West Chester, Pa. (AP Photo/Matt Slocum)

In our year 2020, a year of novelties, perhaps none has been as controversial as voting by mail.

Once a mere electoral curio to distinguish the formalistic East Coast from the freewheeling, pants-eschewing homebodies of the West, the COVID epidemic has elevated vote-by-mail to a topic of national concern. Liberal activists argue it’s critical to electoral integrity during the pandemic. Conservative activists decry it as a force for chaos and even impropriety.

As recently as Wednesday, President Donald Trump called for the prohibition of late-arriving mail ballots, falsely implying that they’re inherently suspicious. This came just days after Justice Brett Kavanaugh, in the Wisconsin voter case, suggested that some states might even seek to declare final results on election night.

But what would a world without late-arriving mail ballots look like? Fortunately, five states have a history of routinely conducting elections this way. One of those states just happens to accept ballots postmarked through Election Day! Get on your emergency pants, Washingtonians. It’s time to show the nation the way.

Here are three things Washington state can teach us about those late-arriving mail ballots.

`The early data is striking. In an analysis of Georgia polling results, voters who have cast mail ballots favor Joe Biden by a margin of 64% to 28%; voters who have not yet voted lean Trump by a 51% to 33% flip. The national media have devoted some attention to the so-called “red mirage” this may cause: early results appearing to suggest a resounding victory for President Trump, only to be swept away by late-arriving mail ballots.

While the “red mirage” is a simplification — more on that soon — the point is well-taken. Even in a normal year, late-arriving mail ballots have a record for upsetting election night leads. Perhaps in no part of Washington do voters know this better than Seattle, where ballots counted after election night routinely change city council outcomes. A Seattle City Council without late-counted ballots is one without left-leaners Kshama Sawant, Andrew Lewis or Lisa Herbold. (It’s worth noting that none of their challengers sought to delegitimize the results.)

On a statewide level, similar patterns hold, although not to Seattle’s extremes. Around the state, in the past 10 years, Democratic candidates have historically gained an average of 0.9 percentage points between election night and final certification. That figure rises to 1.4 percentage points for Democrats running statewide, often driven by an especially blue late influx out of King County. While Washington’s vote-by-mail conversion is recent in our history, many historical results would likely have been decided in late ballots. It’s hard to imagine, for instance, Sen. Maria Cantwell’s transformative 2000 squeaker over the late Sen. Slate Gorton wouldn't have started with Cantwell trailing on election night.

No, late-arriving mail ballots don’t always cause a “red mirage.”

I mentioned earlier that the narrative of a national “red mirage,” in which every state will show deceptively Republican results early on, is an oversimplification. There are states where we are likely to see a blue mirage early on. One of them, surprisingly enough, could be Washington state.

Is this likely to happen again? Probably, and it looks like it could be even worse. As of Tuesday night, Washington’s voter file showed that 75% of Democratic primary voters had returned their ballots, compared with just 62% of Republicans. That was even greater, early on, among the ballots most likely to be processed on election night. With voter turnout set to break 100-year records, you can be sure that gap will narrow. Expect a strong chance of a “blue mirage” dissipating into a late Republican ballot break in Washington state — especially in outlying areas of Puget Sound, where late ballots sometimes have a slight red tint even under normal conditions.

How to cope with late-ballot anxiety

So, to summarize, a world without late ballots would be a weird political world indeed. Assuming that Trump’s Hail-Mary doesn’t pass muster with the courts, expect an atypically chaotic set of early returns on election night. In the Upper Midwest, the mirage is likely to be red; in the Sun Belt and in Washington state, probably blue.

How will we find clear-eyed answers on election night? Unfortunately, while we will know a lot more on Tuesday night, we may still know a lot less than usual. Here, I can only offer the sage advice of the Washington state motto: Alki — “by and by”.