The travel ban was only the beginning. After four years of anti-Muslim hostility, the Biden administration is an opportunity for change. 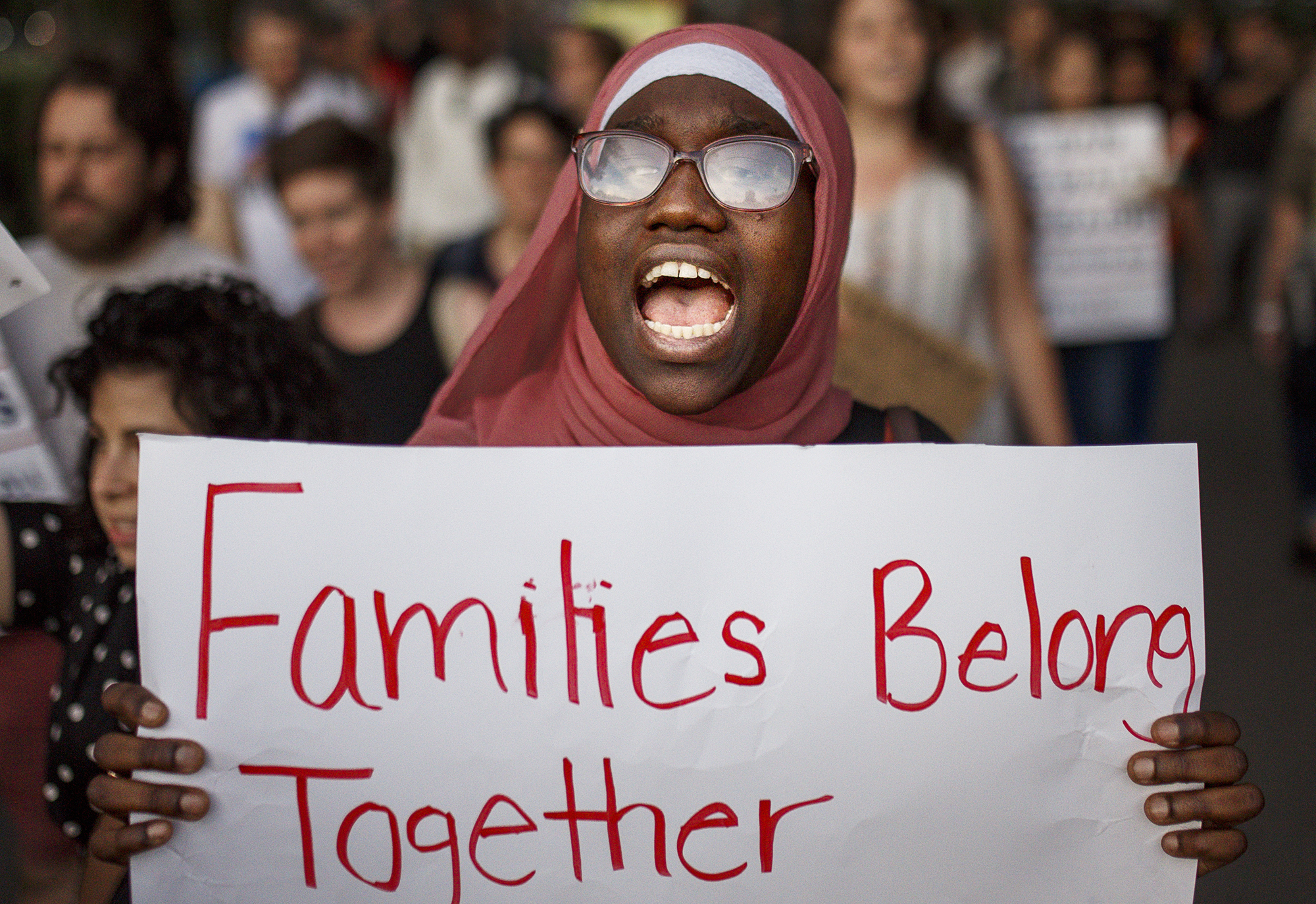 A woman shouts slogans during a rally against a banning travel from several Muslim-majority nations on Tuesday, June 26, 2018, in New York. Muslim individuals and groups, as well as other religious and civil rights organizations, expressed outrage and disappointment at the U.S. Supreme Court's decision Tuesday to uphold President Donald Trump's ban on travel from several mostly Muslim countries. (AP Photo/Andres Kudacki)

The election of Joe Biden is a sign that the majority of Americans reject Donald Trump’s xenophobic, Islamophobic and anti-immigrant administration. A Biden-Harris administration ushers in a new phase in which the call to repeal the “Muslim ban” will be heard, and our policy and advocacy work is poised to push the nation toward its ideals of liberty and justice for all.

The Trump presidency has been traumatic for many in the Muslim community. The travel ban, which bars travelers from Muslim-majority countries (and which later included multiple African countries) inaugurated a new era of anti-Muslim sentiment and policy making. It will take time to recover from the effects of the past four years. While the ban remains intact and must be dismantled, there is even more bleeding to be stopped. The Trump administration has used its political, fiscal and cultural power to promote divisions in America and to disenfranchise immigrants, causing lasting harm. The pandemic and economic recession, and Trump’s handling of these crises, have only intensified inequities that disproportionately affect immigrants, from health care access to education to workers' rights.

Trump's 2016 victory may have come as a jolt to some in Washington state, but for the American Muslim community — who have fought for decades for basic civil rights, such as freedom of religion and freedom from unwarranted and invasive surveillance, discrimination and disenfranchisement — it was clearly the result of historic and ongoing policies, rhetoric and a culture based in white supremacy and xenophobia. There is a reason a man with no political experience, campaigning on a platform of unabashed hatred against Muslims, Black Americans and immigrants, was able to win over so many.

Since the “Muslim ban” went into effect in early 2017 and was upheld by the U.S. Supreme Court in a 5-4 ruling in January 2018, we have seen firsthand how Washington families are affected by restrictions on travel, asylum and immigration. While it’s true that the ban includes provisions for waivers, the process is vague, the waivers are difficult to obtain and, in effect, the provisions do not help people from the Muslim-majority countries of Iran, Libya, Somalia, Syria and Yemen (as well as people from North Korea and certain government officials from Venezuela), or their families. Eritrea, Kyrgyzstan, Myanmar, Nigeria, Sudan and Tanzania were added to the travel ban in February 2020. Of these, Kyrgyzstan, Sudan and Nigeria are majority Muslim, and Eritrea, Myanmar and Tanzania have significant Muslim minorities.

With one of the largest Somali diasporas in the U.S., Washington residents were severely affected by the inability to reconnect with family members or, in some cases, even send vital remittances to their families in Somalia because of the visa and travel restrictions. The ban also gave license to increase discretionary scrutiny of legal permanent residents and naturalized or second-generation U.S. citizens from countries on Trump’s “travel ban” list. In early January, about 200 Iranians and Iranian Americans were detained at the Peace Arch Border Crossing in Blaine. Their passports were confiscated and they were held for hours while border officials questioned them about their political views and allegiances — regardless of citizenship status. Though CAIR Washington helped secure the release of more than 60 detainees, the experience was incredibly traumatic not only for those who experienced it, but also for the many other Washington Muslims who have reported lengthy, unwarranted interrogations or detentions while traveling (CAIR Washington has received more than 50 such reports since 2018). Many Muslims have avoided traveling altogether for fear of experiencing something similar.

Trump’s travel ban was only the tip of the iceberg. His election resulted in an increase in anti-Muslim legislation initiatives not only federally, but also across more than 30 states and municipalities. Riding this renewed wave of anti-Islamic, anti-immigrant sentiment, seven U.S. states passed “Andy's Laws,” which allow Muslim businesses, houses of worship and religious leaders to be dragged into lawsuits relating to terrorism. The Trump administration limited and delayed refugee resettlement and various local jurisdictions called for a full moratorium. The president, by executive action, took steps to end Deferred Action for Childhood Arrivals (DACA) and closed off nearly all legal pathways to immigration once the pandemic began. Immigrations and Customs Enforcement increased deportations among Southeast Asian residents. And President Trump declined to condemn anti-Muslim action abroad, such as the Uyghur detentions in Xinjiang, China — to say nothing of his antics on the southern border.

Trump’s election and presidency also corresponded with a 65.6% nationwide increase in anti-Muslim hate crimes just between 2015 and 2017 alone. In Washington state, our Democratic governor and Democratic-controlled state House and Senate have helped protect the state from some of these harmful federal policies and made efforts to bolster state hate crimes legislation, but we are not free from racist violence. Just last month, in Federal Way, two men were charged with a hate crime in the disturbing beating of a Black man.

As activists and civil rights advocates, our work is far from over.

However, during the past four years, the immigrant community in Washington state has remained resilient and interconnected, working to ensure that resources and support are delivered to the people who need it most. Throughout the coronavirus pandemic, immigrant communities have played frontline roles in keeping Washingtonians healthy and our economy running in essential industries, such as health care, grocery and food service, postal services, agriculture, and fishing. Motivated by the spirit and tradition of mutual aid, local mosques, community centers and immigrant-owned small businesses have provided meals for families, assistance for those experiencing housing insecurity and crucial personal protective equipment for frontline workers. Where there were serious gaps in health care services and information accessibility, organizations such as the Somali Health Board and the Afghan Health Initiative performed language accessibility outreach and COVID-testing drives.

But that’s not all. The Trump administration attempted to exploit record levels of unemployment by pitting communities of color and immigrants against one another as justification to further restrict immigration and set the lowest refugee limits since passage of the Refugee Act of 1980. That’s when Black, Indigenous and people of color and immigrant communities came together and fought back.

They formed coalitions to advocate for legislation that would allow refugee health care professionals to convert their medical licenses and add capacity to our overburdened health care system. They lobbied to prevent state-run financial institutions from discriminating against Muslim, immigrant and Black-owned small businesses and organizations, which have been denied accounts or had accounts closed without warning. They fiercely advocated against an order forcing thousands of foreign students to leave the country in the middle of a deadly pandemic, and to ban biometric surveillance (such as facial recognition) of immigrants and protesters at the state and municipal levels, as well as in our ports. They have registered, educated and rallied communities to come out in historic numbers to be counted and heard in this census and election.

And they’ve done it despite blatant moves by the Trump administration to further restrict immigration under the guise of protecting American workers from the threat of competition for scarce jobs and health care resources. In reality, an influx of immigrants has been shown to help increase overall hiring and boost the U.S. economy. Targeting immigrants does nothing to further economic justice and only seeks to marginalize and dehumanize our immigrant communities.

Joe Biden’s presidency represents an opportunity for change. Now is the time to come together, keep up the pressure and resist complacency. Trump's efforts to challenge a peaceful transfer of power serve as a reminder that the path is long, but that we are in it together. No matter who is in office, it is incumbent upon us to hold that person accountable and to continue speaking truth to power. 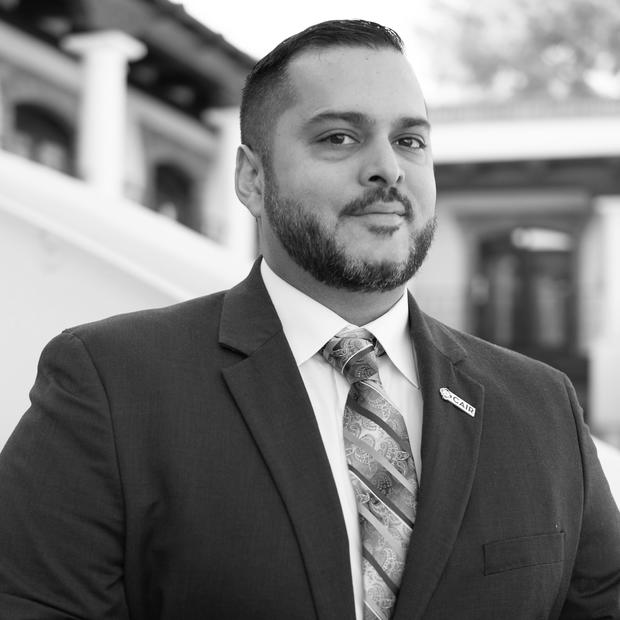 Imraan Siddiqi is the Executive Director of CAIR Washington and the creator of #NoBanNoWall campaign. 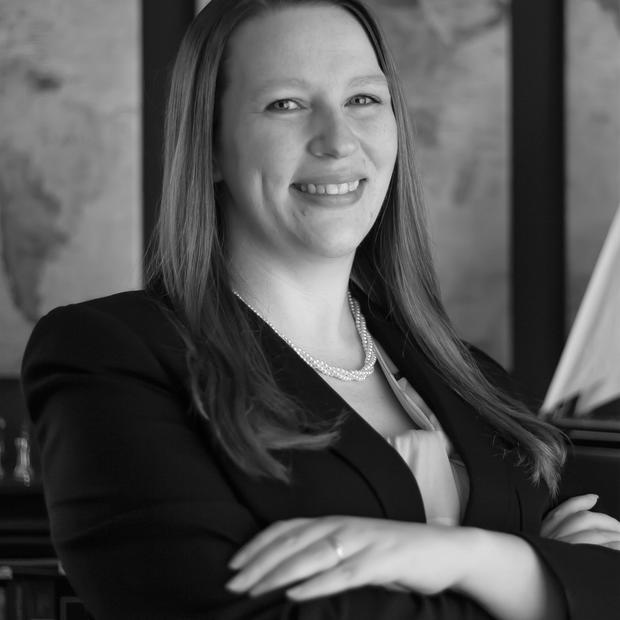 Brianna Auffray, Esq., is the Legal and Policy Manager at CAIR Washington.