Juneau, Best, Durkan and the limits of representation 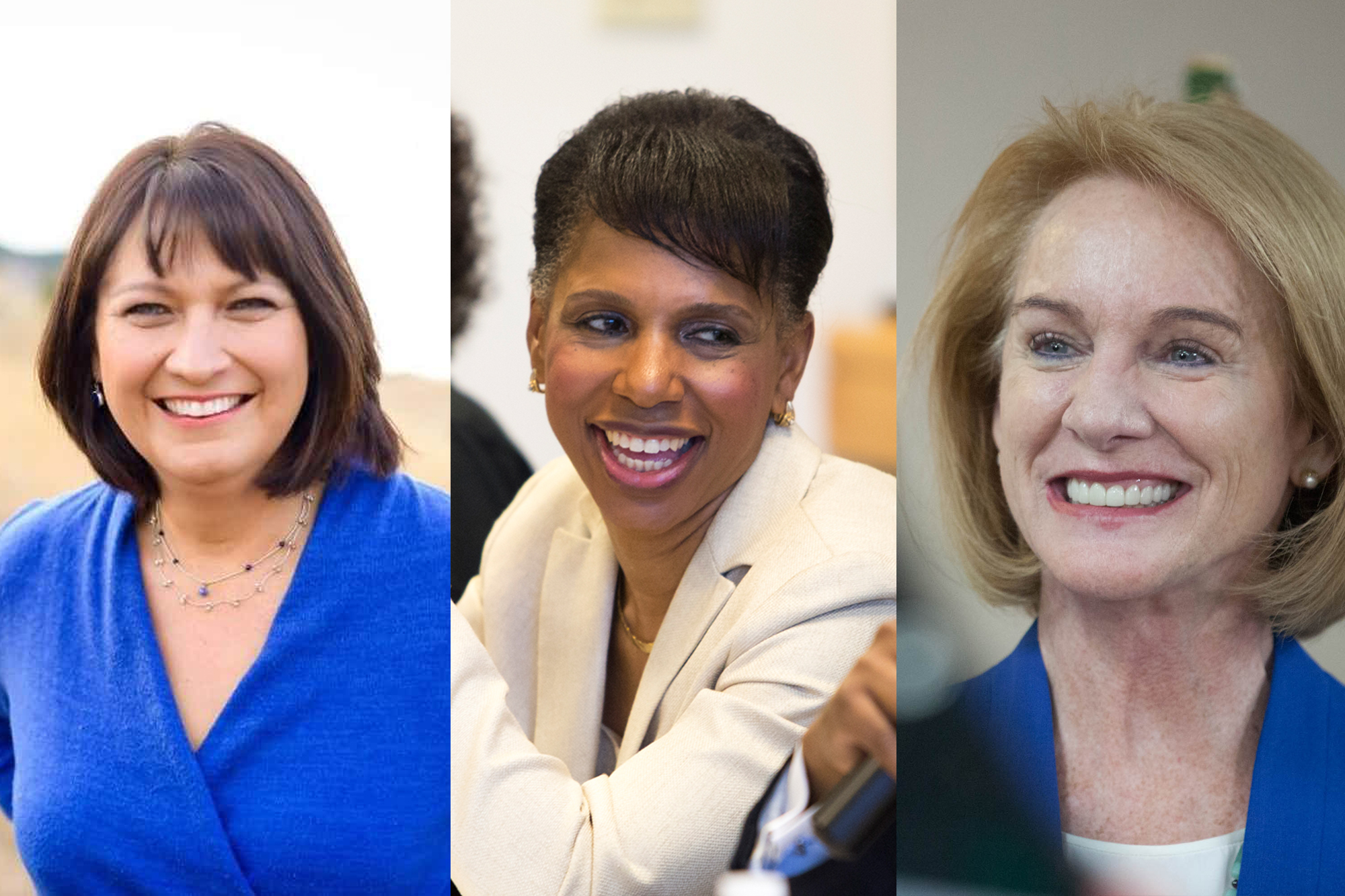 What does it mean for liberal Seattle when three prominent women leaders exit their positions within months of one another? Dare I say, it could mean growth.

In fact, the recent or forthcoming departures of Mayor Jenny Durkan, Police Chief Carmen Best and Seattle Public Schools Superintendent Denise Juneau are a moment of reckoning for our notions of representation, power and accountability. I say this as an intersectional feminist of color. While these losses of leadership by the second white woman mayor since the 1920s and the first lesbian mayor (Durkan), the city’s first African American woman police chief (Best) and the first Native American woman elected to statewide office in the U.S. and the first to run Seattle Public Schools (Juneau) feel profound, the reasons for their leaving and the way we recover will speak volumes about how left we really lean and, indeed, who we are as a city.

I offer you three lenses through which to consider this moment. First, these losses feel heavy precisely because we have precious little representation of women, as well as Black, Indigenous and other people of color, in power in Seattle and the United States. Moreover, such representation is disturbingly novel in a city that has long considered itself “liberal” and is often undeservedly labeled as “far left.” We can earn “liberal” the day we have at least proportional representation up and down the ranks, perhaps even overwhelming representation for a while (recall the imagination of the late Supreme Court Justice Ruth Bader Ginsburg, who, when asked how many women it would take to feel like an adequate representation on the court, responded, “Nine.”). We can claim “far left” the day this city’s third African American woman mayor in a row quits her post simply because she’d like to rest a while or move up the ranks, and hands over charge to another elected woman of color the way her trans woman predecessor handed charge over to her. If all this sounds outlandish to you, well, we have a long way to go before we turn left, don’t we?

To stay on the subject of representation, I must admit to a cringe when news flashes on my phone about President-elect Joe Biden picking a cabinet that “looks like America.” Such a doddering, moderate Democratic idea of representation means little to a country that needs recovery from the horrific losses in civil rights, housing rights, women’s rights and climate rights in recent years. Progressives, including some Black, Indigenous and people of color Democrats and activists, ask us to look past tokenism, examine the track record of each appointee, but, more important, scrutinize the tendency to reinstate the same old white men into positions of power. One troubling example of this is Biden’s pick of Tom Vilsack as secretary of agriculture. Vilsack, who held the same position in Obama’s cabinet, has been criticized for his rampant discrimination against Black farmers and his tacit support of Big Agriculture.

What such a feel-good, big-hugs notion of representation often means is that these appointees carry the burden of representation and then must serve and empower the very political structure that takes credit for and celebrates their “promotion.” At the same time, it often deploys them to disadvantage, displace or, yes, annihilate others who “look” like them, something Black police chiefs across the country have experienced. This is the second lens for your deeper look. The eventual downfall of these appointees lies in the fact that we tend to believe representation is the only part that matters in affecting change.

The examples of Durkan, Best and Juneau reveal such a disconnect with chilling precision.

Durkan has faced fierce resistance for unleashing police in full riot gear to launch tear gas, mace, rubber bullets, blast balls, arrests and curfews upon Seattle residents in the wake of the protests against the police killings of George Floyd and Breonna Taylor, among countless other Black people. She is also accused of refusing to halt the sweep of homeless encampments, even during the pandemic. Her budget has been critiqued as embracing austerity toward everything but the police. And she is said to have been overly beholden to corporate interests, and to Amazon in particular, one of the largest donors to her mayoral campaign.

Perhaps the biggest blow to the idea of Durkan’s LGBTQ representation came when the Seattle LGBTQ Commission requested her resignation for her failure “to protect our community members from very real harm and violence that have been leveraged against Black and brown LGBTQ+ people.” The Human Rights Commission, the Women’s Commission and several Democrats joined in the call.

Juneau, too, saw a crisis of BIPOC confidence when Seattle King County NAACP called for her to be fired. Officials said she was not only remiss in helping African American students and faculty succeed, but, in an official complaint, listed nearly two dozen issues related to what they described as Juneau’s purging of administrators of color, even though her strategic plan promised to center Black and brown students.

Best resigned after the Seattle City Council voted to approve cuts to the Seattle Police Department’s budget in what it sees as a first step in a larger effort to defund traditional policing and instead fund community-based alternatives. Best, a 30-year veteran of the SPD, told NPR’s All Things Considered, “I believe 100% that they [Seattle City Council] were putting me in a position destined to fail.” Her remark is an indication of someone so steeped in the system of policing built to criminalize Black and brown bodies that she saw its defunding, rather than its sustenance over decades, as the problem.

If we are to sharpen the focus of our lens on representation, we must go beyond cheering for BIPOC/women/LGBTQ contenders because they managed to claw their way up in a racist and misogynist system not built for their success. Are you celebrating because things might get better now that they’re here? Hold that applause, because it feels more like a slap in the face to those BIPOC and women appointees who are expected to change a system from within while often being told to play by its rules, which were meant to buy their silence, their complicity and, eventually, their erasure.

We must move to an era where the resignation of anyone, including BIPOC/women/LGBTQ leaders, on account of their failures should be cause for celebration. This will come only when we move from recruitment to retention and further beyond, into ascension and descent in a true meritocracy within a just and equitable system.

Because such a time still feels woefully and laughably utopian, we must agree with Best that she was, indeed, set up to fail, but not by the Seattle City Council. She was set up to fail by the immutable forces of white male supremacy and institutional racism that reward mediocrity over merit, as Seattle-based author Ijeoma Oluo explains with exhaustive historical research and contemporary relevance in her book, Mediocre: The Dangerous Legacy of White Male America. This system is predicated on appointing and returning white men to power, and so it especially lashes out at women of color, as we see in the unheeded death threats against U.S. Reps. Ilhan Omar, Alexandria Ocasio-Cortez, Ayanna Pressley and Rashida Tlaib.

When we correct our lens, we must also correct our gaze. Oluo points out that these congresswomen are fighting big-money politics to garner health care, affordable education, labor rights, civil rights and climate justice, but Google their names and most of the search results focus on the controversies around them. Back in Seattle, we see similar campaigns to bring down another woman of color opposed to big-money politics, Seattle City Councilmember Kshama Sawant. Over the years, men with money have attempted to vote out or recall the Socialist Alternative member who won’t play by the entrenched rules of the capitalist white male supremacist career politicians’ game and seeks instead to upend and scatter it. We like to elect women of color and then we like them to be “gracious,” which my women of color colleagues and I, in leadership positions in academia, read as code for “grateful to be let in.” How long before these women are erased or simply exhausted?

How we recover from the losses in representation offered by Durkan, Best and Juneau remains to be seen. We may default to white male appointees to these positions. We may put off an examination of systemic racism and misogyny in political and policing structures to another day. Or we could all engage, publicly and personally, in an examination of why exactly women and BIPOC leaders quit their jobs or don’t get appointed to jobs like president of the United States. We could follow the trail of the white man’s money and address our own investment in his ascent, if we quietly gathered up the crumbs he left for us along the way. We never quite catch up with him. We simply clean up after.

The third and final lens for our complicated feelings about this complex moment: perhaps Durkan, Best and Juneau, in quitting their positions or choosing not to run again, are modeling something for our white male leaders to follow. Rather than fall back on the argument that women quit their positions too easily, perhaps wonder why more men don’t. Consider that Durkan’s predecessor, Ed Murray, a white man, was supported by his city council in his decision not to resign even after four men accused him in separate, successive lawsuits of child sexual abuse and rape dating back to the 1970s. Murray then even ran a campaign for reelection and only resigned after a fifth accuser came forward.

While allegations of sexual assault ought to be grounds for immediate action for someone holding public office, more men should be held accountable even for their ordinary failures toward their constituents. Indeed, more men should be allowed to fail out, perhaps even to fade away. Coonoor Behal, a Seattle writer working on a forthcoming book titled I Quit: The Life-Affirming Joy of Giving Up, based on interviews with more than 30 people, attests to the enhanced shame and stigma white men say they feel around failure.

More men should be raised to believe that a graceful exit is an option, and the system and culture that rob them of that option hasn’t served them well after all (research on health and relationships for men point to this over and over again). Rather than championing them to fail upward, we could give our men the gift of knowing when to apologize, be accountable and to step aside. That way they do not stay fighting those who are better qualified than they are down to the brutal, bitter end. 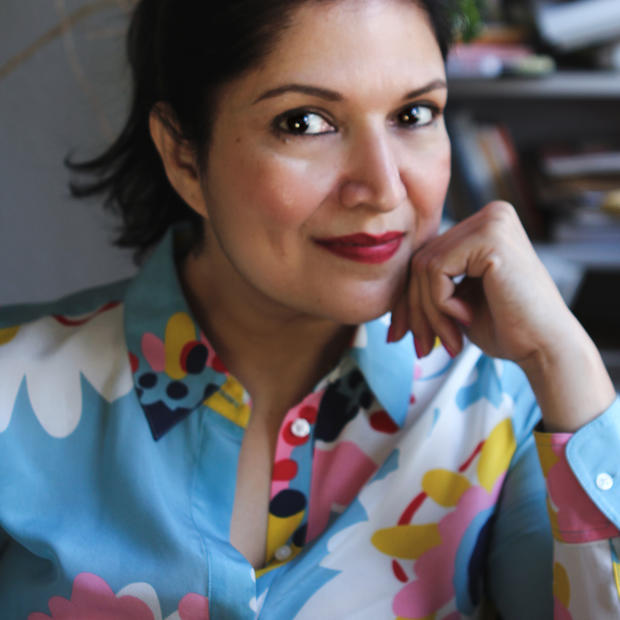 Sonora Jha, Ph.D., is a feminist scholar and professor of journalism and media studies at Seattle University. She is the author of the forthcoming book, How to Raise a Feminist Son: Motherhood, Masculinity, and the Making of My Family.