Members of the GOP at every level, including in Washington state, are responsible for the mob that stormed the U.S. Capitol. 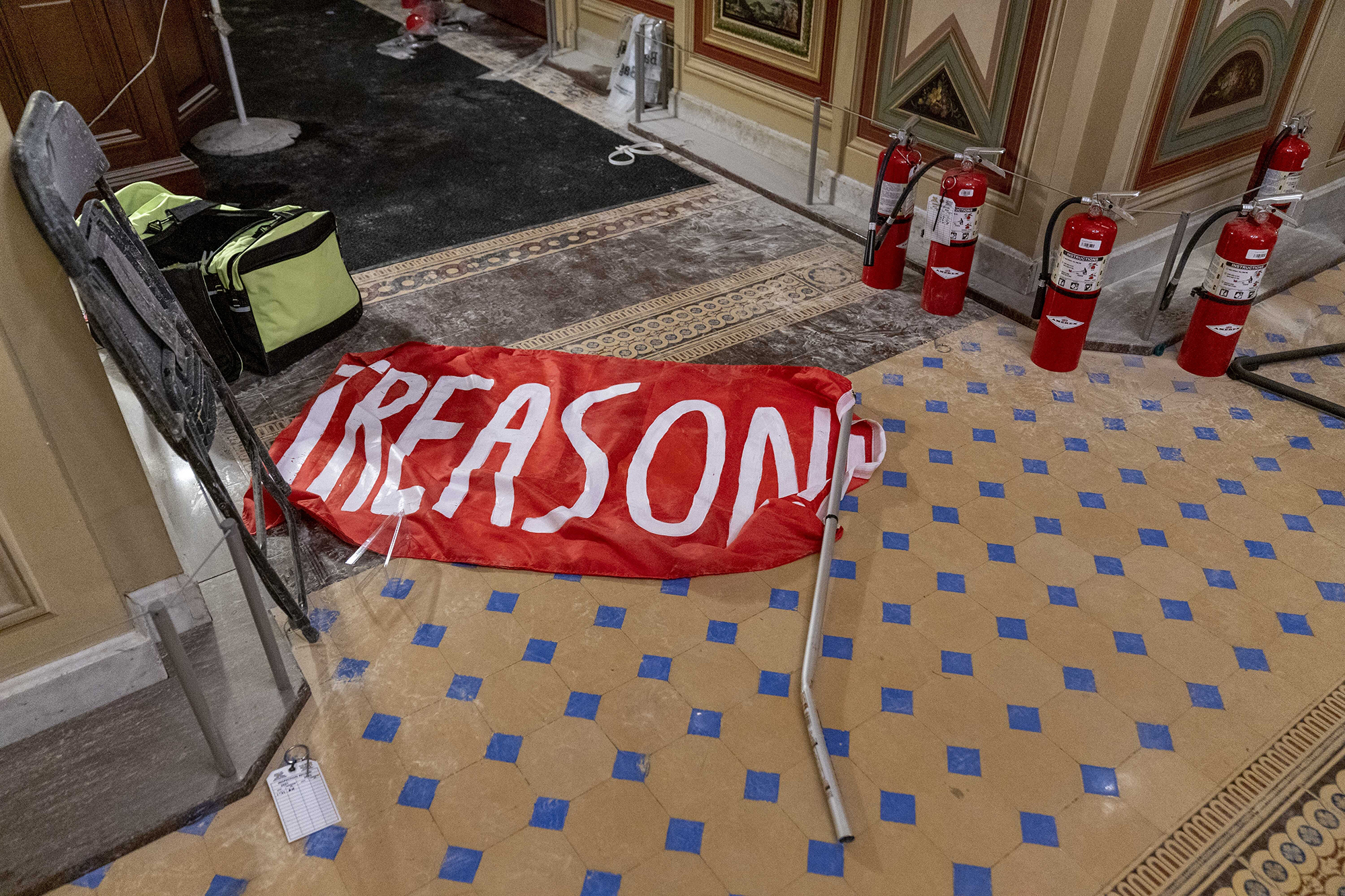 A flag that reads "Treason" is visible on the ground in the early morning hours of Thursday, Jan. 7, 2021, after a pro-Trump mob stormed the Capitol in Washington, on Wednesday. (AP Photo/Andrew Harnik)

It is critical now to be clear and use blunt language.

What happened in Washington, D.C., this week, on Jan. 6, was an attempt to overthrow the government of the United States. This insurrection was the direct result of five years of Republicans allowing or supporting Donald Trump’s white nationalist authoritarianism.

So now every Republican — activists, state and local officials, members of Congress — now faces a choice: Will you continue to belong to a party that includes seditious, extremist traitors?

Those traitors include not just those who stormed the Capitol, but also elected officials who abused the power granted them by “We the People” to try and overturn the choice made by the people in a free and fair election.

If there are any responsible, patriotic Republican leaders left at the federal and state level they should move to expel extremists from their party, as past Republicans did, or they themselves should leave the party, as so many of us already have.

Yes, this will cause the Republican Party to split. And that is what should happen now.

For far too long, Republicans who know who Donald Trump is and what he represents have tried desperately, and disastrously, to hold the GOP together. That must end.

Donald Trump is a villain, a traitor who history will rank with Benedict Arnold, Aaron Burr and Jefferson Davis. The political movement he spawned is proto-fascist in nature. Many Republicans tried to make a deal with this devil, and it blew up in their face.

So now Republicans need to choose: America or Trump.