Students are falling behind in school because of connectivity issues. That could have massive consequences for the economy. 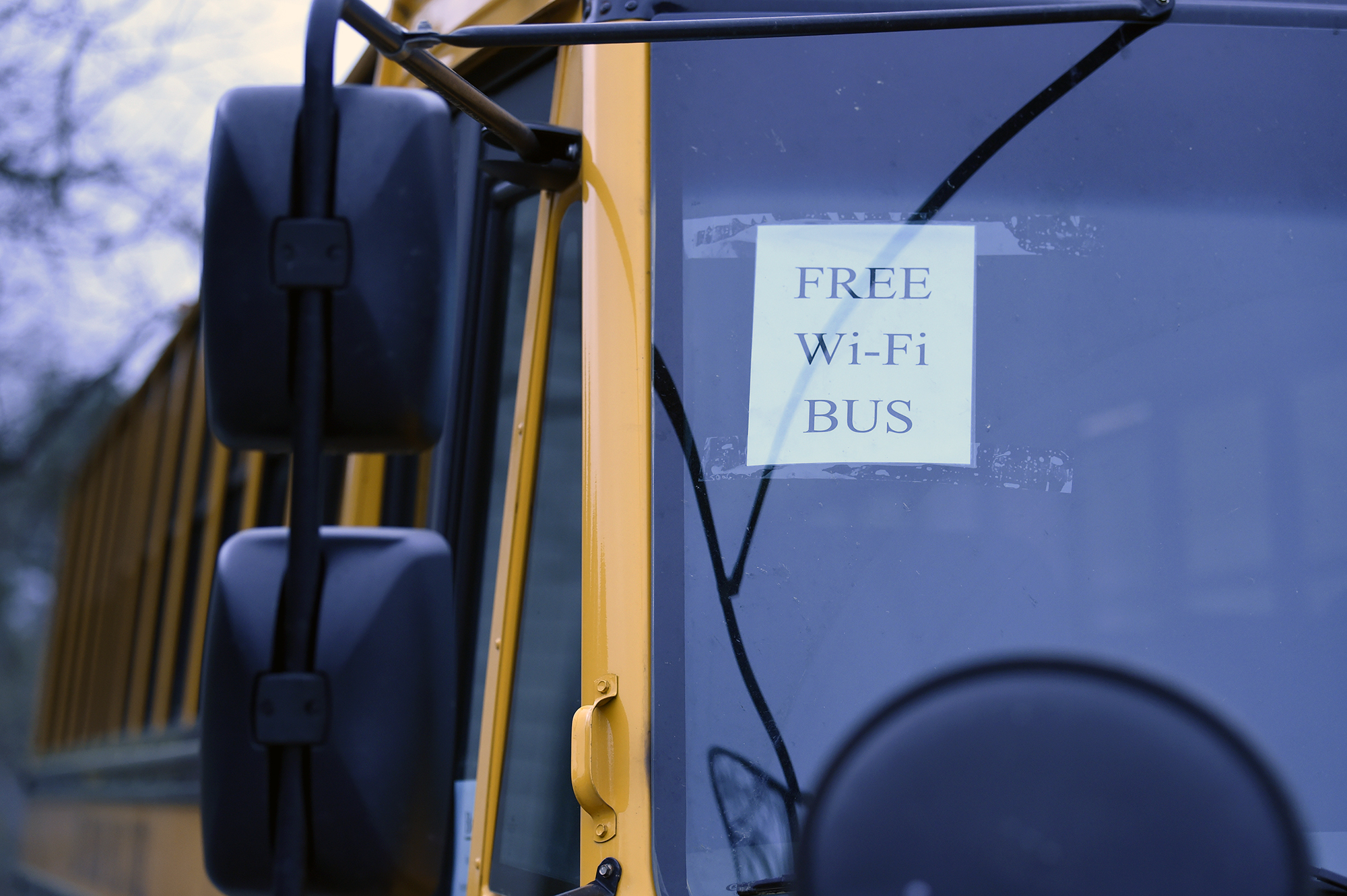 Many students in Washington state lack internet access. This and other inequities exposed by this pandemic shouldn’t surprise anyone — they’ve been festering for decades, writes Claudia Rowe. (Meg Kinnard/AP)

By now, we can agree: Kids are getting less education during the pandemic. Much of the hand-wringing over this has focused on laptops, and making sure that all students have them. More than $24 million in federal COVID-19 aid went toward providing devices for Washington students. But all that shiny tech is useless if the computers stall out on platforms like Microsoft Teams or Zoom for lack of high-speed broadband — and that’s if students have internet at home at all.

“People want to make it all about laptops. But the problem is connectivity, not laptops,” says Sharonne Navas, executive director of the Equity in Education Coalition, which represents 150 multilingual organizations working with 110,000 people across the state. “We have this idea that because we have Microsoft, Facebook, Google and Apple here, we’re fine. But the reality is that we’re about 30 years behind in infrastructure for connectivity. In some apartment buildings in Federal Way, you can’t get Wi-Fi unless you sit at an open window.”

Olympia is trying to address this. On top of the money sent by Gov. Jay Inslee to school districts for laptops, the state Office of Superintendent of Public Instruction earmarked $8.8 million in emergency federal funds for internet providers, like Comcast, to subsidize the cost of providing high-speed internet to 60,000 low-income homes. On March 1 — nearly a year after schools were forced to pivot to all-remote learning — Comcast plans to double speeds on its low-cost service, so that multiple family members can attend online classes and stream video without getting booted off.

That’s good, if late. But Navas says the need is a lot bigger than what OSPI budgeted for. More than 134,000 households making under $75,000 a year lack high-speed internet service, according to data collected by her group.

Either way, something isn’t connecting. Comcast says only 20,000 households have signed up for its $10 “Internet Essentials” service since the start of the pandemic. Part of the problem, ironically, might be communication. You have to ask for the low-cost service by name, and responsibility for spreading the word is yet another job heaped on school districts, which are fast becoming our major social service agencies. (It’s also likely that parents who qualify have the kinds of jobs that don’t allow much time for sitting on hold with customer service.)

Then there are places like the Mount Baker School District, where 1,800 students are spread over 625 mountainous square miles in the northern part of the state. Less than half the area can even support the infrastructure for high-speed broadband. Living within that unwired expanse are teachers and school board members, at least one of whom has been beaming into board meetings during the pandemic by driving to a school parking lot and connecting to the internet there.

“It may not sound like the best way to learn,” says district Superintendent Mary Sewright, who notes that plenty of students have had to do the same this year. “But at least it’s something.”

This is an embarrassment for Washington, which likes to boast of its star status in the tech firmament. Sewright is hoping that the Legislature “fast-tracks” some sort of plan to get remote areas wired — you know, as we do with electricity.

Back to the kids. The reality is a lot of them are failing courses — many more than usual — and part of the reason is surely poor connectivity.

“I don’t know who I’m talking to most of the time — it could be to no one,” says Tacoma teacher Carinna Tarvin, who has come to terms with explaining U.S. politics to a blank screen because most students don’t keep their cameras on. “Or Teams drops out, and you don’t know if it’s because they’re playing video games or they’re having tech problems.”

In December, Tarvin tallied how many of her 134 10th and 11th graders were failing, and got a gut punch: 45%. Alarmed, she redoubled her efforts to track them down, discovered that half of those 60 students were having technology or language problems, and managed to get about 30 of them over the line to a passing grade. (She also gave out 36 A’s.)

Remember the flurry of hysteria around the possibility that poor reading skills in the third grade could predict a student’s likelihood for ending up in prison? That was hyperbole. But weak early reading does correlate with dropping out of high school. There are similar metrics for ninth grade: For every course failed by a freshman, that student is 30% less likely to graduate, according to Kaaren Andrews, Washington state director of the Center for High School Success, who is working with 56 high-poverty high schools. “And this year the failure rates are a lot higher than normal — significantly higher,” she says. “In most of our schools, about 50% of ninth graders are failing at least one course.”

The urgency of these problems may be hard to feel if they’re not showing up in your own home. But 12 years ago, McKinsey Consulting looked at the economic fallout tied to education gaps between high- and low-income students and forecast that they would deprive the U.S. economy of $400 billion to $670 billion annually in lost productivity — 3% to 5% of GDP. Since then, those gaps have barely budged.

Looking forward to today, McKinsey’s number crunchers say learning loss during the pandemic could result in K–12 students losing $61,000 to $82,000 in lifetime earnings.

Still sound too wonky? Too far from your life?

“The United States as a whole could suffer measurable harm,” McKinsey continues. “With lower levels of learning and higher numbers of dropouts, students affected by COVID-19 will probably be less skilled and therefore less productive than students from generations that did not experience a similar gap in learning.”

The inequities exposed by this pandemic — internet connectivity being just one — shouldn’t surprise anyone; they’ve been festering for decades. But within this dire picture glimmer hints of possibility for ways to update school overall.

When OSPI Superintendent Chris Reykdal scans the horizon, he sees a system where online classes become a regular part of every district. That could be a boon to rural schools with limited offerings, where a handful of advanced calculus students, for example, might be able to band together with others elsewhere to create a full class – online.

Tarvin, the teacher in Tacoma, said one of the most fascinating and unexpected benefits of our forced experiment with online education has been getting to know kids by personality alone (since she so rarely sees their faces), removing any unconscious bias based on appearance. “It’s been really interesting to get to understand a kid’s brain just through their voice,” she said. “Sometimes it actually gives me a better connection to the way they think.”

Realizing the potential of these discoveries hinges, again, on reliable connectivity. Cyberspace may sound abstract. But its implications for education — which equates to future employment, taxes, government services and citizenship itself — are something all of us can feel.