Podcast | Rahm Emanuel on the power of mayors and dysfunction in D.C.

The former mayor of Chicago discusses the importance of cities in a new kind of political power structure. 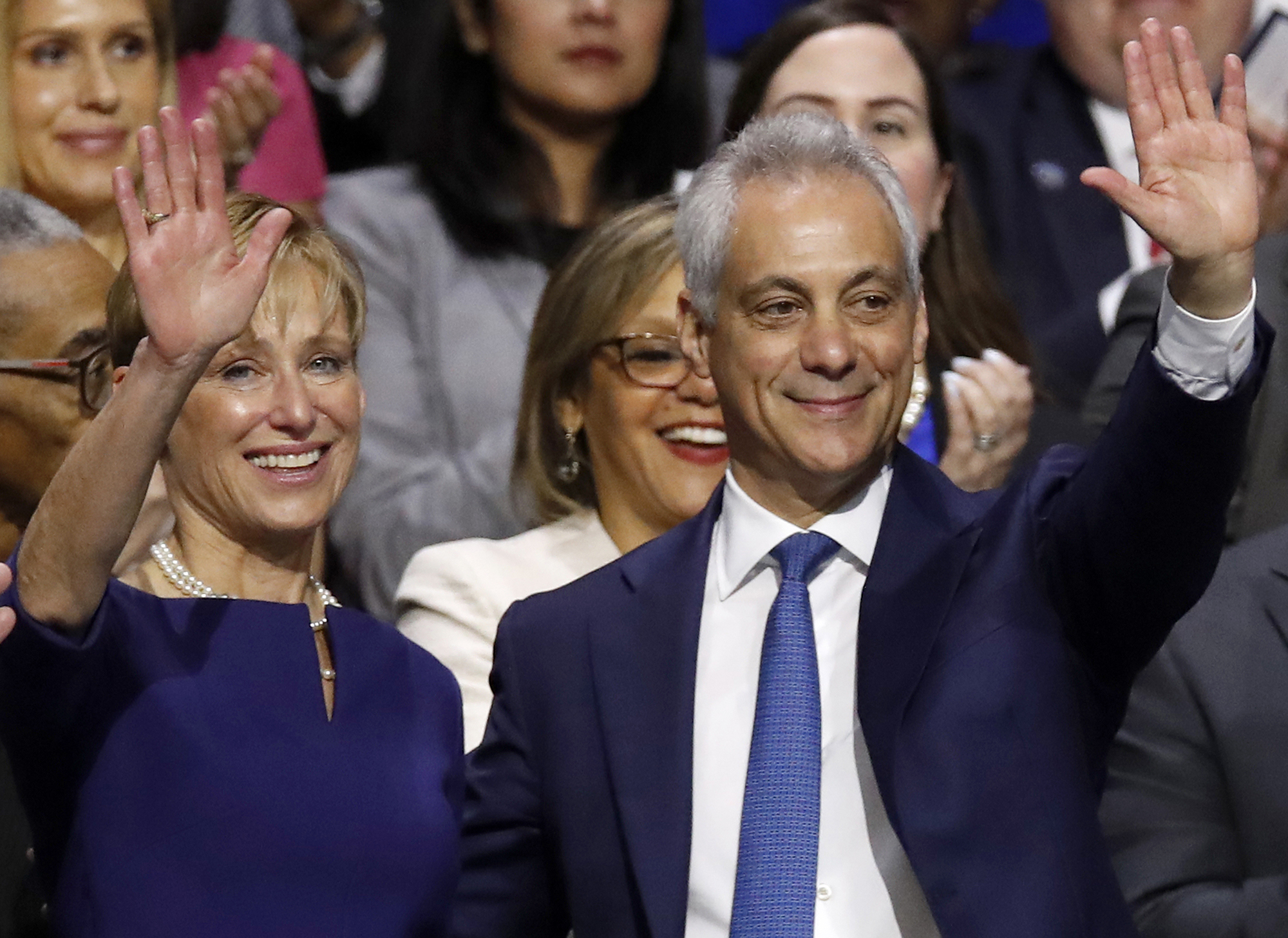 Former Mayor of Chicago Rahm Emanuel and his wife Amy Rule wave to the crowd during his final moments as mayor, during an inauguration ceremony for his predecessor, May 20, 2019, in Chicago. Since leaving office, Emanuel has toured the nation talking about how cities are becoming the center of a new kind of political power structure. (Jim Young/AP)

Mayors have been popping up in national discourse more and more often in the past few years. For instance, the race for the Democratic presidential nomination has been largely shaped by former mayors suggesting that, in an era of political gridlock, mayors know how to get things done.

Former Chicago Mayor Rahm Emanuel delivers that same message in his book The Nation City. He takes a close look at the experimentation taking place in the world's urban centers and puts forth the idea of a new kind of political power structure in which ideas flow from city to city, instead of from Washington, D.C.

The former mayor is familiar with that more traditional power structure. In addition to serving three terms in the House of Representatives, he was a senior adviser in the Clinton administration and served as chief of staff to President Barack Obama.

For the latest episode of the Crosscut Talks Podcast we invited Emanuel to share his vision of a future shaped by cities, as well as his thoughts on the race for the White House, which took a big turn on Super Tuesday, the night before the talk.