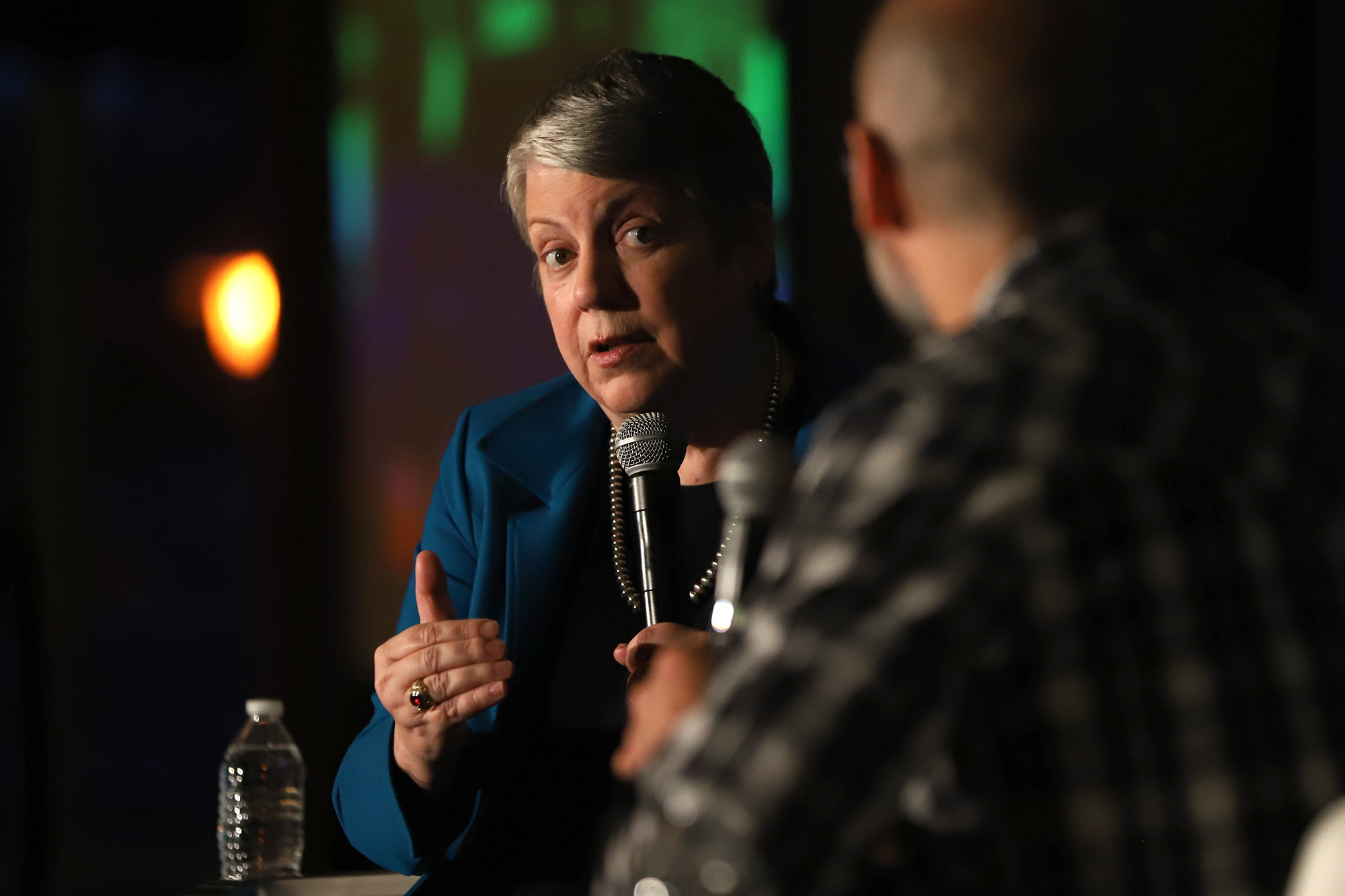 Janet Napolitano speaks during a fireside chat with David Plotz inside Seattle University’s Campion Ballroom at Crosscut Festival in Seattle, May 3, 2019. (Dorothy Edwards/Crosscut)

As former head of the Department of Homeland Security under President Barack Obama, Janet Napolitano had an inside view of what national security really means. In her book, How Safe Are We? Homeland Security Since 9/11, she discusses the difference between real and perceived threats and shares her thoughts on the Trump administration's approach to those threats.

For the latest episode of Crosscut Talks, we are surfacing a conversation from last year's Crosscut Festival between Napolitano  and David Plotz, CEO of Atlas Obscura and co-host of Slate's Political Gabfest. They talked about Russian interference, the massive political divide facing the country and much more. And while much has happened since this conversation, including the worldwide response to the COVID-19 pandemic, Napolitano does provide a valuable perspective on American preparedness.