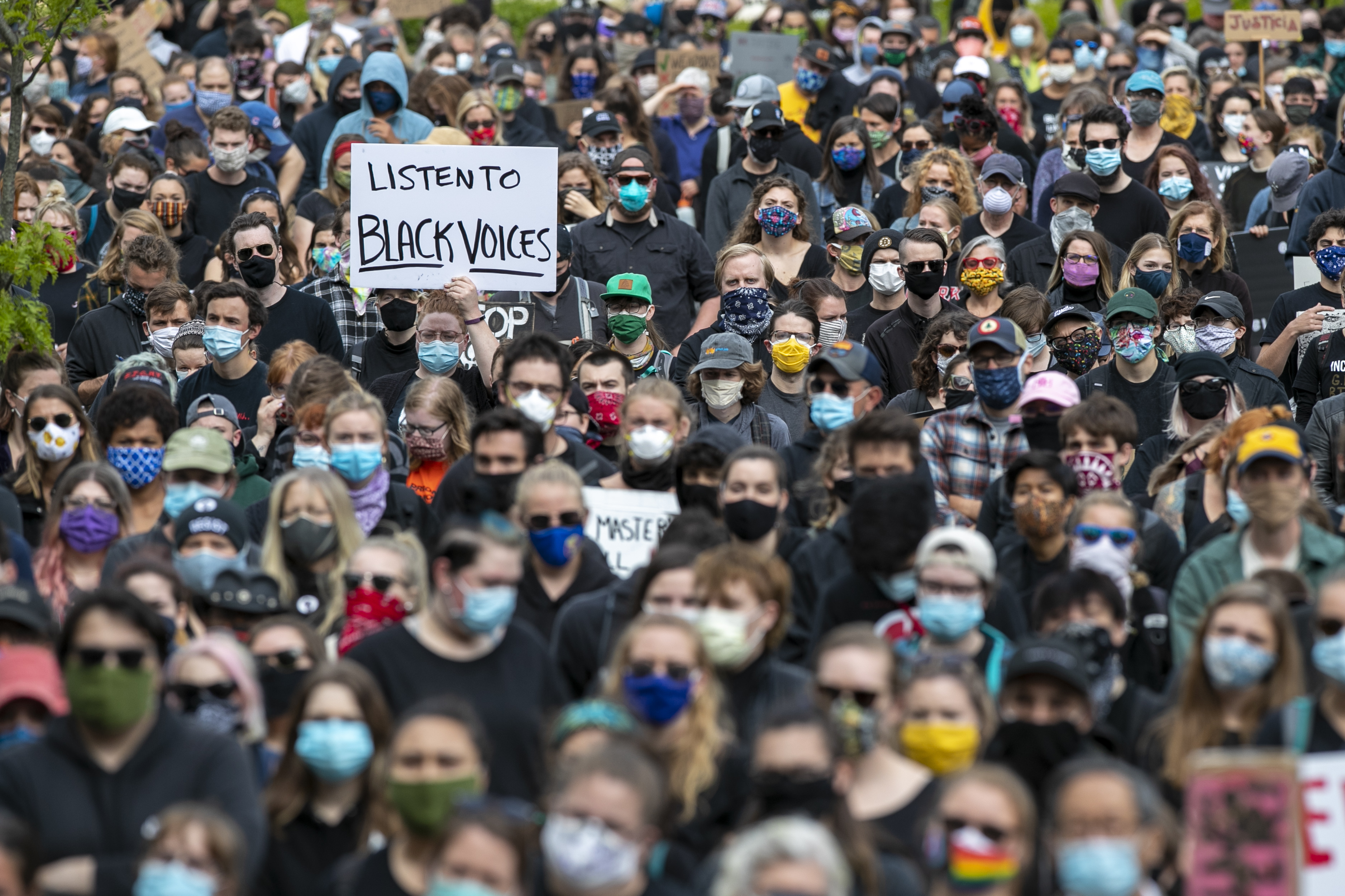 Demonstrators gather at a rally to protest and demand an end to institutional racism and police brutality, in Portland, Maine on June 3, 2020. (Robert F. Bukaty/AP)

The murder of George Floyd by Minneapolis police in the spring of 2020 fueled a nationwide conversation about race. It drew hundreds of thousands of protesters into the streets, elicited commitments from businesses to do better when it comes to equity and sent books that tangled with systemic racism, white supremacy and the experience being Black in America up the bestseller lists.

But two years on, where has all that conversation and commitment led us? And where do we go from here? That is the topic of this episode of the Crosscut Talks podcast, which features a conversation with author Ijeoma Oluo, whose book So You Want to Talk About Race was central to many of the conversations happening in 2020.

In this talk with Seattle Times journalist Naomi Ishisaka, which took place in early May as part of the Crosscut Festival, Oluo offers a clear-eyed appraisal of the state of race in the country right now.

Her assessment may not come as a surprise to anyone who has been tracking the faltering efforts to rethink policing in America, the continued inequities in our health care system or the backlash against educators who acknowledge the role that white supremacy plays in our history and culture. But, in addition to seeing things as they are, Oluo also shares what she believes it would take for them to truly change in a meaningful way.