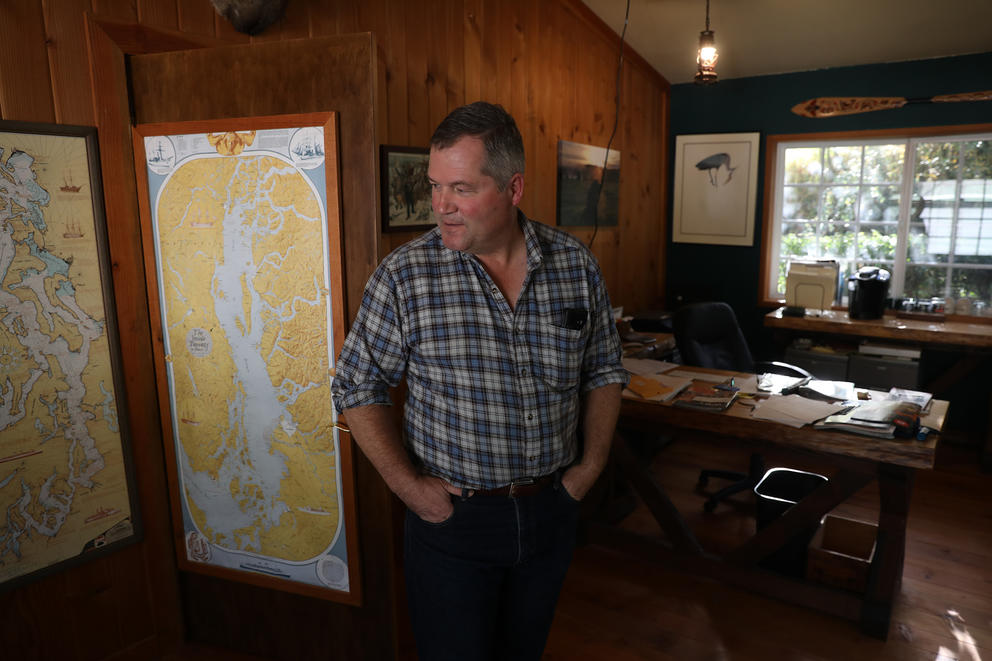 House Minority Leader J.T. Wilcox, R-Yelm, looked as if he might lose a couple of House seats in early results from the Nov. 3 election. But late ballots trended Republican to a degree he said he's never seen, erasing Democratic candidates' leads in key races. Now each party will have the same number of seats in the Legislature as before. (Matt M. McKnight/Crosscut)

Democrats were optimistic that they would pick up at least a seat or two in Washington's Legislature, based on early results on election night. Then, as sometimes happens in Washington’s vote-by-mail elections, things changed.

Late ballots skewed Republican to an unusual degree, zeroing out the gains Democrats initially thought they might have made.

While some state legislative seats changed from Republican to Democratic hands and vice versa, the final result is that Democrats will now have the same majorities in Olympia as they had before.

Democrats’ failure to pick up new seats could complicate their plans to pursue some progressive policies that they have had trouble passing in recent years. Those include a clean fuel standard to require cleaner gasoline for cars and trucks, as well as a tax on capital gains (such as profits from selling stocks and bonds).

Especially after additional votes were counted in state legislative races, Wilcox said, “Senate and House Republicans way outperformed the top of the ticket, compared to the governor and the presidential race.”

In Washington state, President Donald Trump got less than 39% of the vote, while Republican gubernatorial candidate Loren Culp garnered 43%. Their numbers also started out worse on election night and inched upward later.

Crystal Fincher, a political consultant who works with Democrats, agreed. She said Democratic voters felt much more anxiety than Republicans about how operational changes at the U.S. Postal Service could slow the delivery of their mail-in ballots this year.

Many Democrats also were motivated to get their ballots in earlier to help ensure a more complete count on election night to try to avoid confusion and fighting about who won the presidential race, she said. That was an especially big concern during this year’s pandemic, as more states turned to mail-in ballots, which can take longer to count, and as the president questioned whether any votes should be counted past Election Day.

In the end, many Washington Democrats took their ballots to a drop box, a more direct delivery method, to bypass the Postal Service entirely, Fincher said.

“That was going to get the Democratic vote counted much earlier than the Republican vote,” Fincher said.

Now, three seats that had looked like potential Democratic pickups in the early days of vote counting will remain in Republican hands.

Democrats had hoped to win a Senate seat in that same district. But after more ballots were counted, Democrat Helen Price Johnson fell behind Ron Muzzall, R-Oak Harbor. Muzzall, who was appointed to the Senate last year to fill a vacancy, now will keep his seat.

State Sen. Jamie Pedersen, who chairs the Washington Senate Democratic Campaign, said he still thinks some changes to the makeup of the Senate will make it easier to pass certain bills that have stalled in the past..

Although Democrats’ overall majorities will stay the same, one of the Senate’s more conservative Democrats, Dean Takko, lost his seat in southwest Washington to a Republican. Meanwhile, a more progressive Democrat, T’wina Nobles, won her race, flipping a Republican seat in Pierce County’s 28th Legislative District to Democratic control.

While Takko has been reluctant to pass tax measures in the past, Nobles has said she is interested in enacting a capital gains tax on the wealthy.

Takko also wasn’t willing to support most gun-control measures, such as a ban on high-capacity magazines, said Pedersen, who chairs the Senate committee that considers gun legislation.

Pedersen said Nobles’ arrival in the Senate could make a difference in passing the high-capacity magazine ban, as well as other legislation that has been difficult to get through the Senate.

Another centrist Democrat, state Sen. Mark Mullet of Issaquah, is fending off a challenge from the left in a race that may be headed toward a recount. Democratic challenger Ingrid Anderson was leading at first, but Mullet later pulled ahead and now has an 85-vote lead.

In the House, Democrats lost the seat held by state Rep. Brian Blake, D-Aberdeen. who is Takko’s seatmate in southwest Washington’s 19th Legislative District. Blake will be replaced by Republican Joel McEntire.

Wilcox, the House Republican leader, said this year’s results make it clear that Democrats have lost that district for good, eliminating one of Democrats’ last footholds outside the Puget Sound region.

State Rep. Joe Fitzgibbon, who chairs the House Democratic Campaign Committee, said he still sees this year’s election as a sign that voters are happy with Democratic majorities at the state Capitol. Even though Democrats didn’t gain seats, they also didn’t lose any, even after passing bills that increased taxes and imposed new environmental regulations on businesses, for example.

Republican Wilcox had a slightly different take, particularly when taking into account the national picture. Across the country, Democrats failed to flip any state Legislatures to their control this year. They also lost seats in Congress, despite winning the presidency.

“I think we saw a lot of people who were not necessarily interested in empowering Democrats — but they did want a different president,” Wilcox said.

He’s not actually out of work — and the city of Republic didn’t exactly 'defund' its police department, as the Republican candidate claimed.

How Seattle protesters went from the streets to the ballot box

They've moved from the front lines of the Black Lives Matter protests into the ranks of people advocating for change by voting.

by / October 30
Inside Crosscut

What we learned from all kinds of voters this election season

The many nuanced ways Washington voters approached the 2020 election. 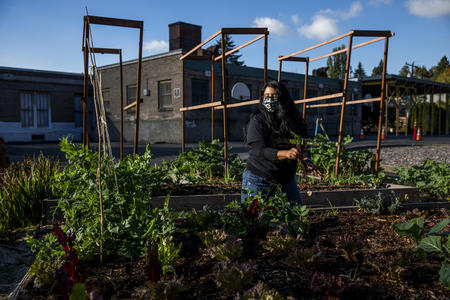 A movement to use land for productive gardening will help communities support themselves during and after the pandemic.