Prescription prices could push Washington state into the drug business

Responding to federal inaction on pharmaceutical costs, lawmakers appear poised to give the state broad authority to buy or make generic drugs. 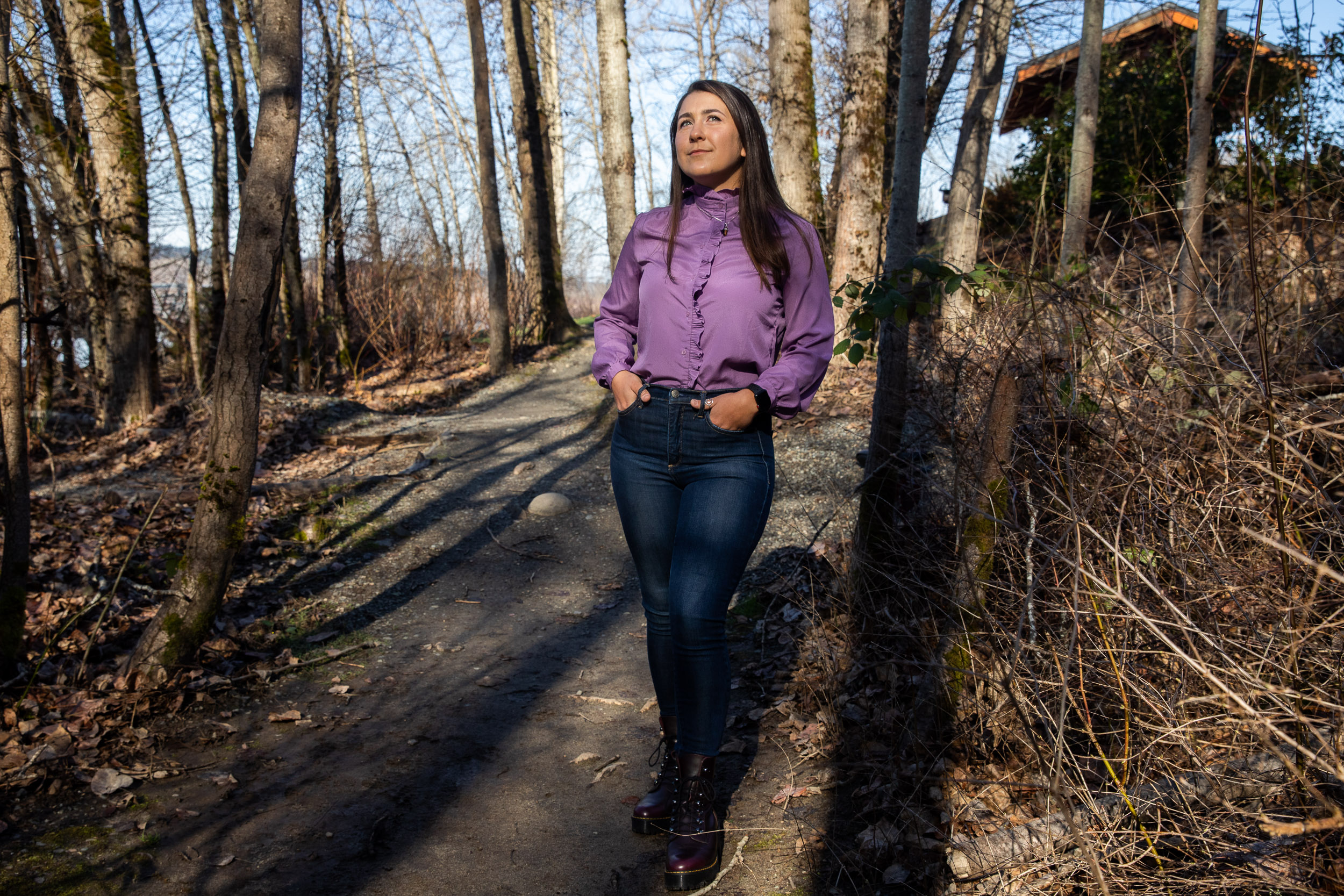 Madison Johnson, an insulin-dependent diabetic, started volunteering with Washington's #insulin4all chapter after she was furloughed from her job at YMCA of Greater Seattle last year. While she has returned to full-time work, activism surrounding the need to make medicines accessible to all who need it remains an important facet of her life. Photographed at Sammamish Landing Park on March 3, 2021. (Matt M. McKnight/Crosscut)

Legislation that passed the state Senate on Thursday would enable Washington to not just buy generics, but also distribute and even manufacture the cheaper drugs. To do this, the state could form partnerships with a range of organizations: other states, local governments, nonprofit organizations, for-profit insurers and medical-care providers.

The move is part of a broader effort in dozens of states to protect consumers against price spikes, which have exceeded 10% annually for some popular drugs. The price of some insulin products — life-saving medications for people with diabetes — has increased as much as 70% in just a few years.

Johnson marks her “diaversary” each year on April 12, the date she was diagnosed with Type 1 diabetes at age 12. She pays $1,800 a year for insulin and medical supplies. That amount would be far more if not for the top-tier insurance she buys through her employer, YMCA of Greater Seattle.

As the coronavirus pandemic set in last year, Johnson was furloughed from her job — leaving her beset by worries that her insurance might be cut off. Insulin, she said, is literally a matter of life and death.

“That’s the biggest fear, dying on the floor because you’re rationing your insulin,” said Johnson. “I don’t know if people understand what it feels like to be so reliant on a medication to just live. When you look at a bottle of insulin, you’re holding your life in your hands.”

After months of uncertainty, Johnson was able to return to work in February and maintain her insurance.

Today, insulin is a flagrant example cited in drug-pricing debates. Nearly a century ago, however, scientists credited with discovering insulin considered the drug too valuable for anyone to “own” it. In 1923, the two Nobel laureates who developed the drug sold the U.S. patent to the University of Toronto for $1 apiece. 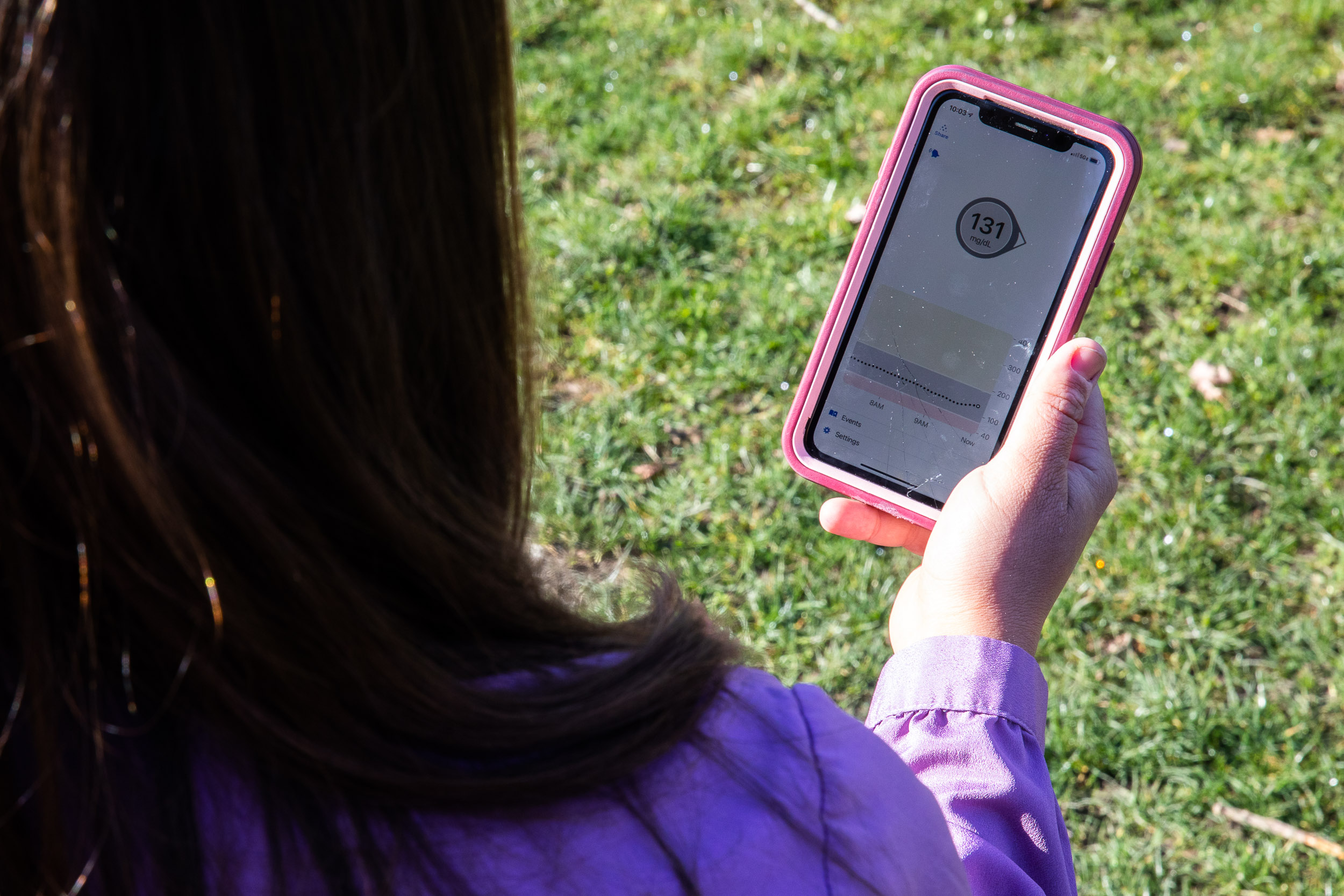 ‘Legislating what we can’

This legislative session’s prescription drug bill, Senate Bill 5203, is the latest entry in the playbook as Olympia tries to bend the curve on drug costs.

Health care advocates and their supporters in the Legislature scored wins in the past two years, instituting a partial cap on insulin costs and creating a state office meant to spot unjustified drug price increases. Both measures enjoyed bipartisan support.

But other efforts aimed directly at price gouging have stalled. A bill seeking to penalize drugmakers for unjustified price hikes won’t be moving forward this year. And a bill to create a board to regulate drug prices passed the Legislature in 2020 only to be vetoed by Gov. Jay Inslee over cost concerns early in the coronavirus pandemic.

There is wide agreement that the work of curbing drug costs would be better done at the federal level, but inaction in Washington, D.C., has driven dozens of states to take up the matter, said state Sen. Karen Keiser, a member of the Senate Health & Long-Term Care Committee who was a driving force behind both the stalled anti-gouging bill and the vetoed prescription affordability board. 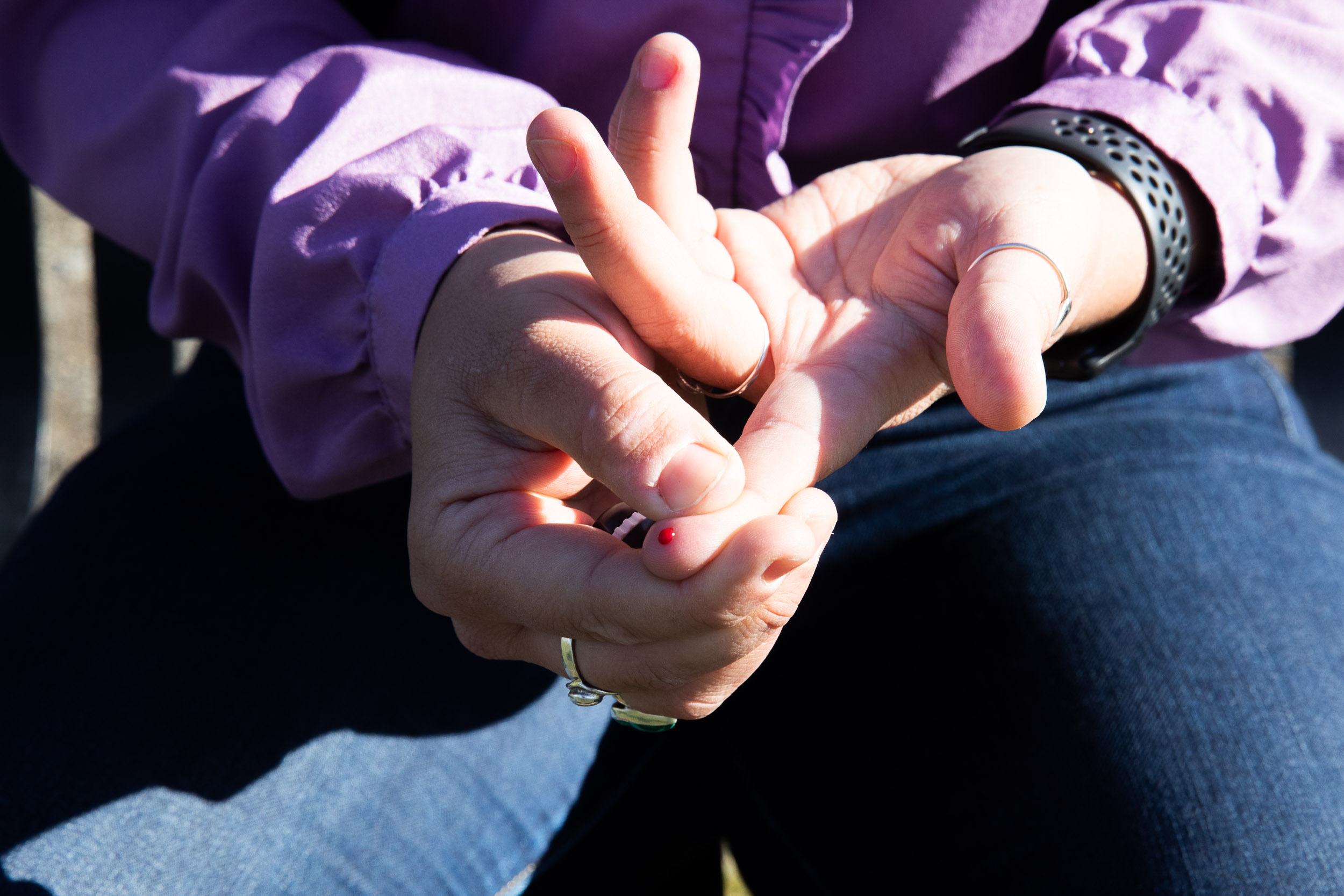 While the rapid rise in drug costs over the past decade hit government and private insurers, its impact landed disproportionately on consumers.

In 2014, employer-based insurance plans saw drug spending spike 14.6%, according to statistics maintained by the Kaiser Family Foundation. While that growth rate fell to 3.3% by 2018 and is expected to remain near that rate during 2021, Americans with private insurance are paying more out-of-pocket for prescriptions each year.

“Often, drug companies raise prices on life-sustaining products simply because they can,” said Drew Gattine of the National Academy for State Health Policy during a legislative hearing this year. “They know that, in a market that doesn’t really regulate price, they can get away with increasing prices at a rate that far exceeds inflation.”

Having passed the Senate on a vote of 28-21, SB 5203 would enable Washington to enter the generic drug market more vigorously. The bill is driven partly by California’s push to begin manufacturing insulin and other drugs that are inexpensive to produce but have crept — or leapt — up in price.

If enacted, the bill would allow Washington state to partner with other states, organizations and companies to procure nonpatented drugs, often generics. The group could contract with manufacturers, buy in bulk at reduced cost or make the drugs themselves.

At a Jan. 29 hearing, bill sponsor Sen. Kevin Van De Wege, D-Sequim, described the legislation as a path toward affordable access to prescription drugs. He gave assurance that the state would not be competing with private business; the bill allows the consortium to buy or make drugs only when there’s a cost savings to the state, and requires competitive bidding before any purchases.

“This is about getting safe, efficient and cheaper generic drugs to our constituents,” Van De Wege said previously. “We pay way more for medication than we need to, and there’s no justification for it.”

While the bill has not received Republican support, it is proceeding without opposition from the pharmaceutical lobby, a major force in Olympia and Washington, D.C. 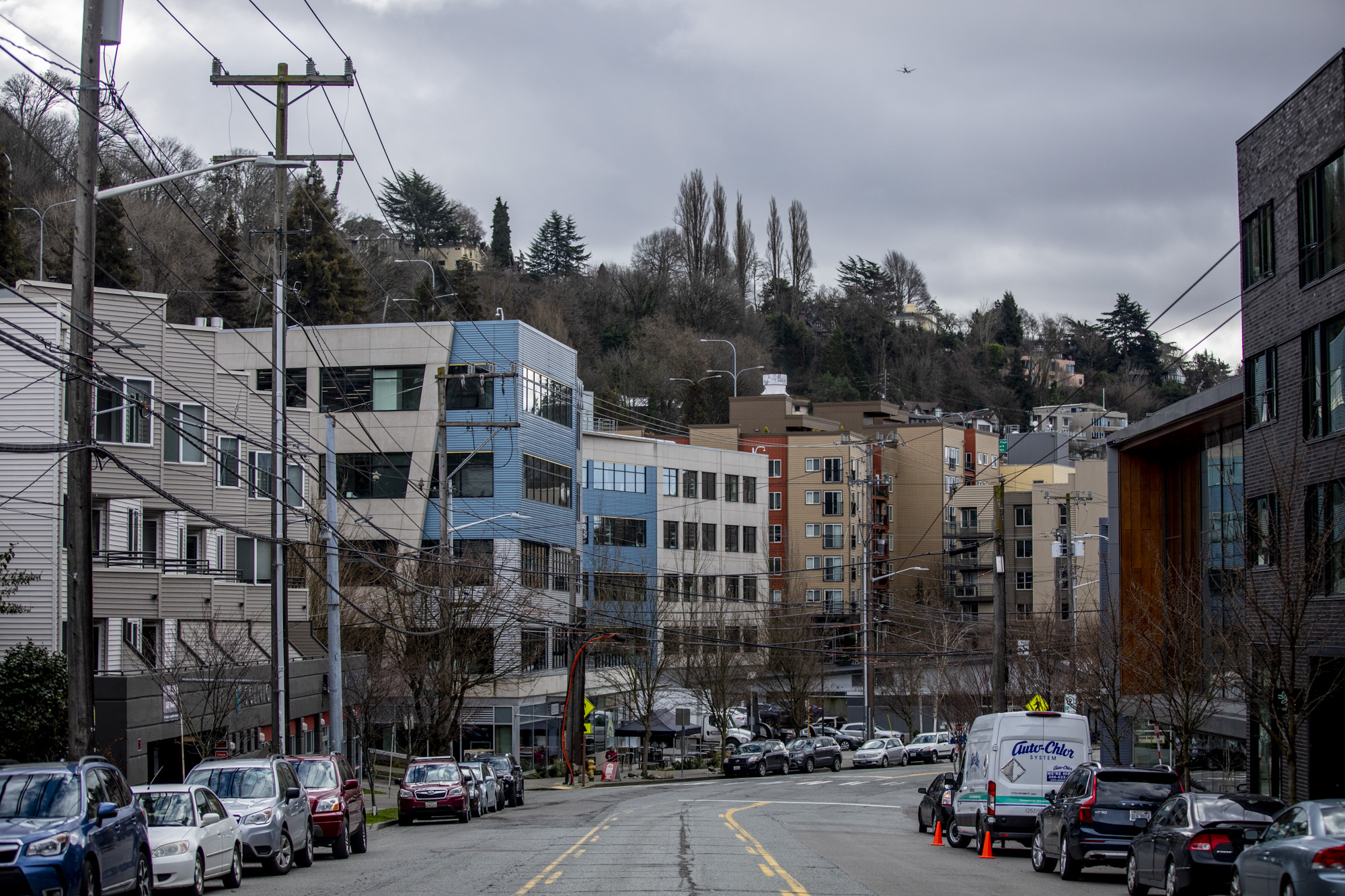 A view down Eastlake Avenue in Seattle on Feb. 23, 2020. This area is the location of several pharmaceutical manufacturers. (Dorothy Edwards/Crosscut)

A view down Eastlake Avenue in Seattle on Feb. 23, 2020. This area is the location of several pharmaceutical manufacturers. (Dorothy Edwards/Crosscut)

Oversight committees in both houses of Congress have faulted pharmaceutical companies for  “skyrocketing price increases [that] are simply unsustainable,” as a House report put it in September 2020.

For instance, an examination of the chemotherapy drug Revlimid — produced until 2019 by Celgene, which has offices in Seattle — found the drug’s price had tripled over 15 years, to $16,023 for a monthly course. Celgene’s profits on the drug rose from $1 billion in 2009 to nearly $6.5 billion in 2018.

Congressional inquiries, however, have not translated to action, which has left it to legislatures in almost every state to act independently.

Washington is ahead of most states when it comes to addressing runaway drug costs, said Gattine of the National Academy for State Health Policy. The state helped prompt a review of several drugs by the Institute for Clinical and Economic Review, a nonprofit research organization spun out of a Harvard Medical School program.

Washington’s list of concerns included price increases for the arthritis drug Enbrel and Humira, a drug used to treat arthritis, Crohn’s disease and ulcerative colitis. Researchers at the Boston-based institute found no support for the price hikes of Enbrel, Humira and five of the other 10 drugs that had seen the costliest price increases in 2019. The institute determined those increases amounted to $1.2 billion in increased costs each year.

“Our … work asks, ‘Is there evidence that could justify a new price increase?’ ” Sarah Emond, executive vice president of the institute, said at a Jan. 22 hearing at the Legislature. “Spoiler alert — often the answer is, ‘No.’ ”

The institute found that Humira’s price had increased by 470% in the U.S. since it was launched in 2003, even as the company cut the price by 80% in Europe. The pricing in Europe allowed it to stay competitive with similar drugs not available in the U.S. because of an agreement Humira’s manufacturer AbbVie struck with its competitors.

The price of Enbrel — produced by Amgen, a company that was until 2014 a keystone of Seattle’s biotechnology industry — increased 9% from 2018 to 2019, amounting to $403 million in new costs to customers nationally for which reviewers found no clinical evidence to support.

In January, Keiser introduced legislation, the first of its kind anywhere in the U.S., that would have penalized drug manufacturers found by the institute to have hiked prices without justification. The bill died in the Senate Ways & Means Committee after opposition from pharmaceutical manufacturers. Some advocates for people with chronic illness also took issue with the methods used to determine a drug’s value.

Donna Steward, senior policy director of the Pharmaceutical Research and Manufacturers of America, described the bill as an unconstitutional “price control” and compared it with a Washington, D.C., effort struck down in court. Speaking to the Legislature, Steward argued the effort would delay research that “could mean the difference between life and death.”

Keiser said she expects to reintroduce the bill in coming years, and to refile the vetoed bill that woul have created a Prescription Drug Affordability Board in Washington. The latter is a move that Vincent DeMarco, a longtime public health advocate leading the Maryland Citizens’ Health Initiative, enthusiastically supports.

In 2019, Maryland lawmakers became the first in the nation to create a similar oversight authority. The aim, DeMarco said, is to enable states to manage the price of prescription drugs as they do other essential commodities, including electricity or water.

“It’s brilliant, and I can say that because I didn’t think of it,” DeMarco joked. “We believe that it’s the best way to address high-cost drugs.”

‘We all get broken’

Marcia Stedman, president of Health Care for All-Washington, said prescription costs increase the price tag attached to any publicly funded system, making it less palatable. Stedman and her organization advocate a single-payer health insurance system, one of the paths state leaders are considering to achieve universal health care in Washington.

Stedman supports the legislation that would enable Washington to work with other states to form a consortium making or buying generic drugs.

“Pharmaceutical prices are just over the top, and they just keep rising,” Stedman said.

Johnson, the Seattle diabetes patient, sees the bill as a worthwhile step, expressing hope the state will accelerate toward a single-payer insurance system so that Washingtonians are no longer at risk of losing life-saving medications, as she was during the past year.

“As we’ve seen with the COVID-19 pandemic, we need to take strides immediately,” said Johnson, who is active in Seattle-area diabetes advocacy organizations, including T1International and #insulin4all.

“I’m lucky enough to have what I need to survive,” she said. “We should be able to provide that for all the people in our country and in our state.”

Legislation that would form a commission to plan for universal coverage in Washington is proceeding through the Legislature. Stedman described the commission, and the host of other efforts to lower health care costs for patients and expand public insurance, as interim steps toward a single-payer system.

“We want the whole loaf, but we’ll take part of the loaf if we can’t have it,” Stedman said.

“It’s a basic need for all humans, to have health care,” she said. “We all get broken.”