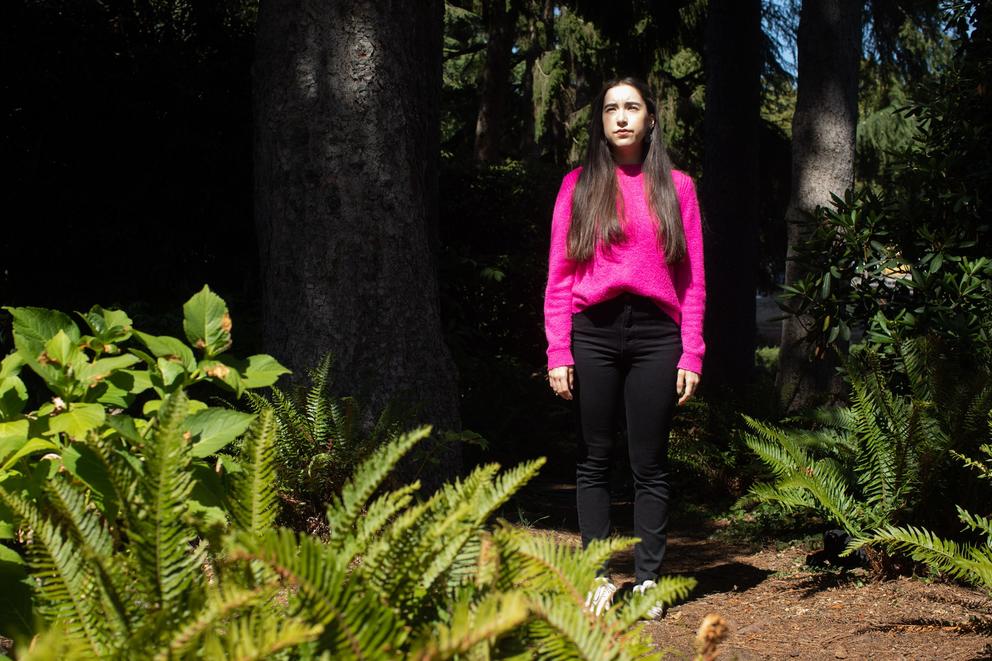 Margot Spindola, lead organizer of Redistricting Justice for Washington, is seen at Volunteer Park in Seattle’s Capitol Hill neighborhood on Aug. 24, 2021. Spindola has been working on how the state's political maps can be drawn to increase Latino representation. (Matt M. McKnight/Crosscut)

What hasn’t changed as much, she said, is the whiteness of the area’s political representation, both at the state level and in Congress.

Spindola, who went to high school in Pasco and also worked there as an adult, is a lead organizer of a group working to increase Latino political representation across Washington state. Her advocacy is part of a push this year to ensure that communities of color are prioritized in the state’s once-a-decade political redistricting process, which is now well underway.

To Spindola, that means ensuring that communities of color aren’t split among several different political districts, diluting their power as a voting bloc. Too often in the past, she said, the state’s bipartisan Redistricting Commission has focused on safeguarding the seats of incumbent politicians, rather than making the Legislature and Congress better reflect communities around Washington.

“We need to stop focusing on preserving incumbents, and start looking at communities of interest — and how we are disenfranchising Latinx communities and communities of color in general,” said Spindola, a lead organizer of the Redistricting Justice for Washington coalition.

What is redistricting, anyway?

Redistricting happens every 10 years, based on the release of new population data from the U.S. census. As states grow or shrink in population, their legislative and congressional districts must be redrawn to ensure that a roughly equal number of people reside in each district.

With last week’s release of 2020 census data, the redistricting process has kicked into overdrive in Washington state and around the country.

Over the next three months, members of the Washington State Redistricting Commission will craft new maps of how they think the state’s 49 legislative districts and 10 congressional districts should look. The bipartisan commission, which consists of two Republican members, two Democratic members and one nonvoting chair, is expected to finalize the state’s new political maps by mid-November.

When it’s all done, there’s a chance that the Tri-Cities area, where Spindola is from, could end up with a newly crafted legislative district that consists mostly of people of color.

Many of the efforts to empower people of color are focused in Yakima County, in central Washington. There, 50.7% of residents identified as Latino or Hispanic in the 2020 census.

David Morales, a Yakima lawyer and former member of the state Commission on Hispanic Affairs, said the current layout of those legislative districts “creates a false promise.” That’s because even though the 15th Legislative District is mainly made up of people of color, a large percentage of them are not U.S. citizens and aren’t eligible to vote, he said.

Redrawing the district to include neighborhoods that have more Latino citizens of voting age would make it easier for a Latino candidate to get elected to the Legislature there, Morales said.

State Sen. Curtis King, a Yakima Republican who represents the 14th Legislative District, said he meets regularly with Latino leaders and residents of his district and tries to be responsive to the concerns they raise.

“I object to the fact that there are some people out there who say you don’t respect our issues because you aren't Hispanic or Latino,” King said this week. “You do that by talking to me — and they do, and I listen.”

Morales said it’s not about a candidate’s race, necessarily, but empowering Latino people to pick who they think will best represent them, whatever the candidate’s background. The current district maps don’t provide that opportunity for many Latinos in Yakima, he said.

“A Latino candidate of choice may or may not be a Latino person, but it’s a community’s choice about who they want to represent them,” Morales said this week. “Traditionally, we see those are candidates who speak out to the Latino community, who do outreach in Spanish, who really care, and have a personal history of advocating on behalf of the Latino community.” 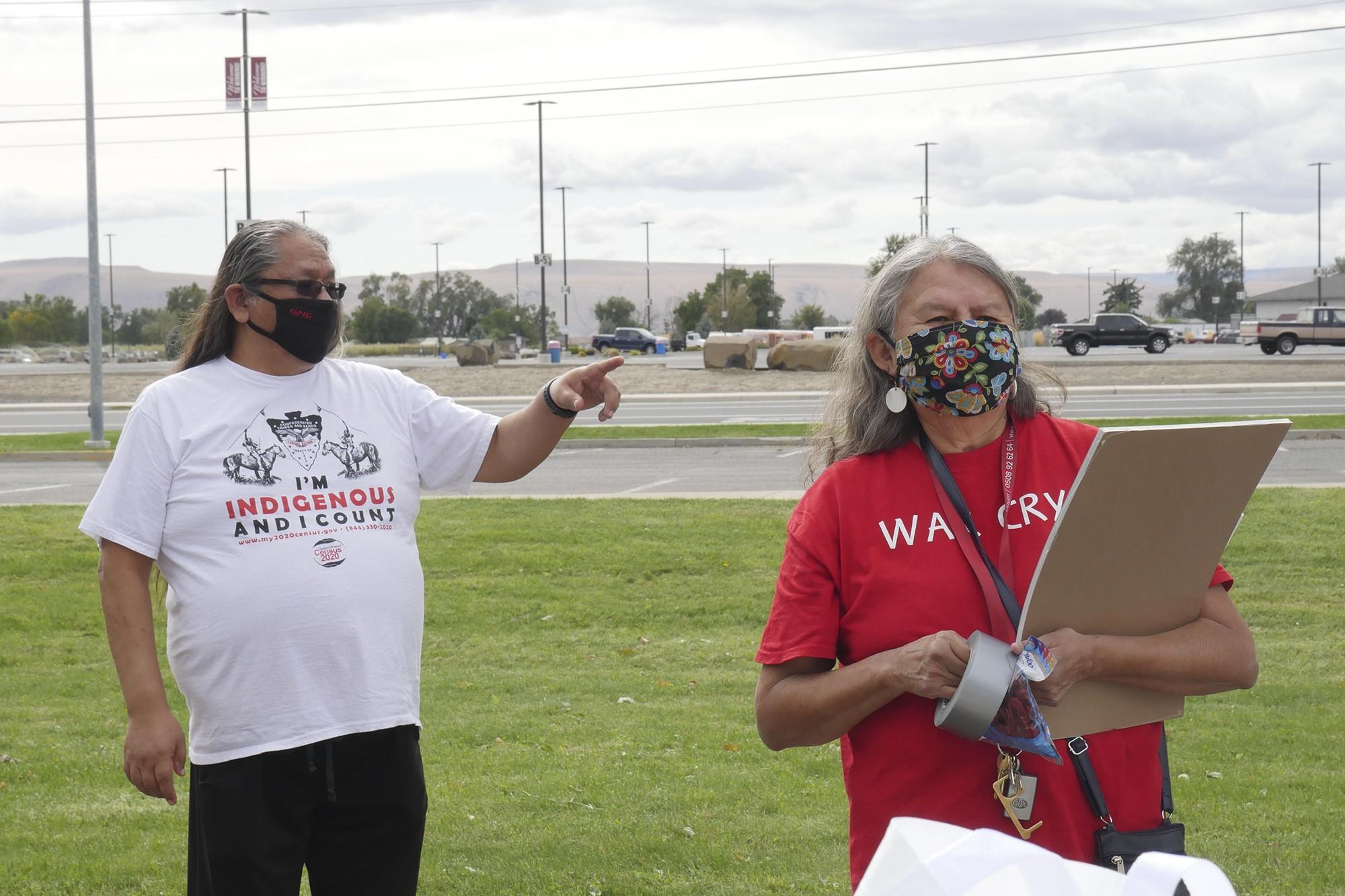 Another key issue at play in Yakima County is how the Yakama tribal reservation is divided between the 14th and 15th legislative districts.

Patricia Whitefoot, a community advocate with the Yakama Nation, said redistricting 10 years ago “tore the reservation in half.” The result was the severing of relationships that tribal leaders had built up with state representatives over time, she said.

Given how long it takes to educate non-Native people about the history of the Yakama Nation and its treaties, splitting the reservation among multiple districts — with each district represented by different politicians — creates difficulties and barriers, she said.

Recently, “What I have seen is just a lack of communication or a lack of recognition” from most of the area’s legislators, Whitefoot said this week. “That’s a sad state of affairs.”

The divide running through the middle of the reservation has also made it more difficult for a member of the Yakama Nation to win election, said Andrew Hong, another lead organizer with the Redistricting Justice for Washington coalition. He said a similar challenge has played out in northeast Washington, where the Colville Reservation stretches across two separate legislative districts and two different congressional districts.

“We have seen multiple candidates in the Colville and Yakama tribes run for office, and they are just unable to garner the support to win, because our communities of color in central Washington are divided between districts,” Hong said. 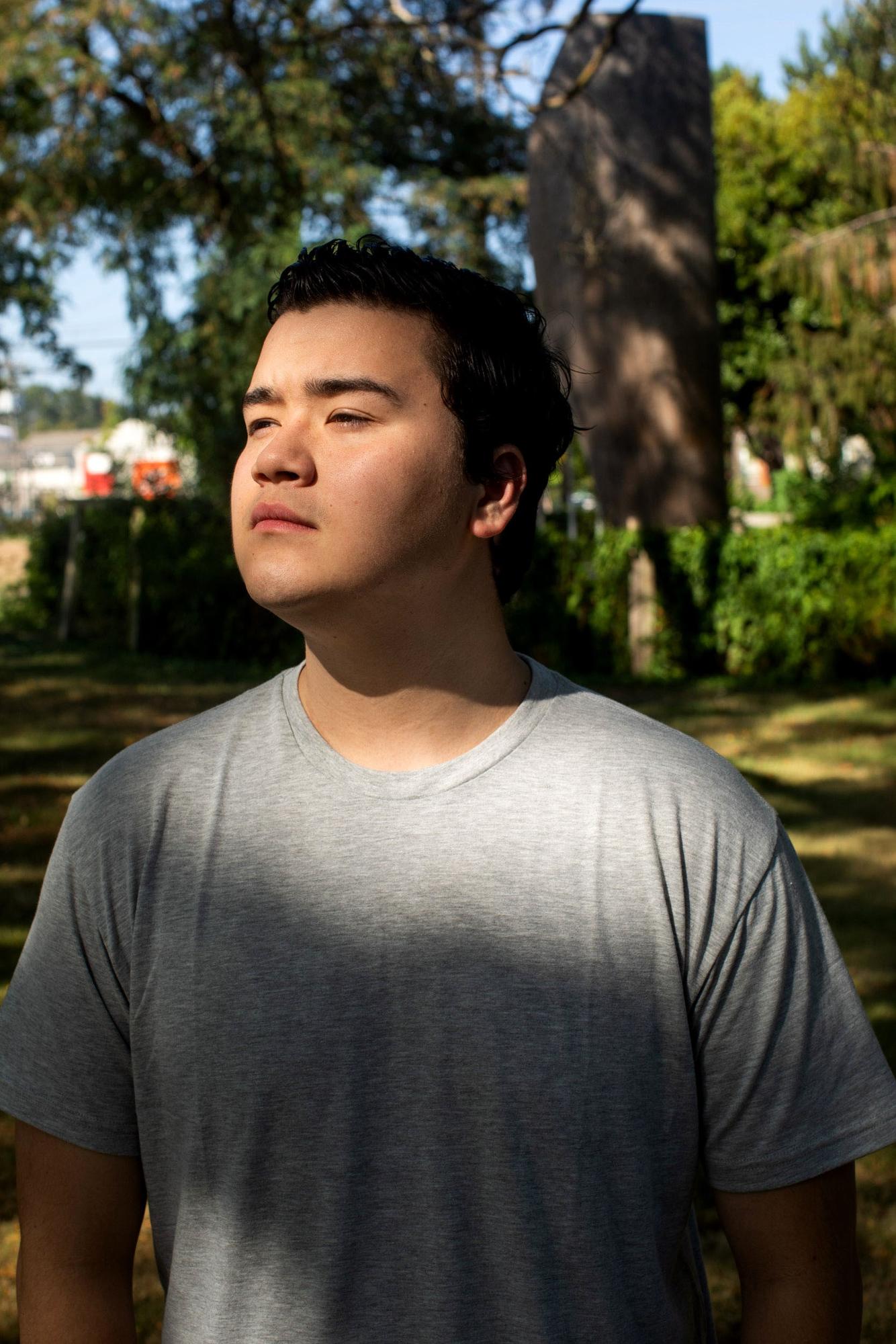 In the end, Redistricting Justice for Washington wants to see this year’s process create more legislative districts where people of color make up the majority of the people eligible to vote. For instance, putting the Yakama Nation in one district, along with several of the heavily Latino areas in East Yakima and the lower valley, would create a district where three outt of four eligible voters are people of color, Hong said.

Three members of the state Redistricting Commission, as well as the state Democratic Party chair, said they share the goal of creating more districts where communities of color are kept intact.

“One of the things we have heard a lot from public hearings is that we should be trying to make sure we have majority-minority districts, and having people of color really having their voices heard,” said Paul Graves, a former Republican state House member who serves on the Redistricting Commission. “I don’t think that’s a partisan issue.”

It’s also something being championed by the League of Women Voters of Washington, which is drawing its own sample maps to submit to the commission for consideration.

In particular, “Keeping the tribal reservations  together — that seems like a no brainer,” said Alison McCaffree, a volunteer lobbyist with the League of Women Voters.

The issue of keeping communities together has also come up in the city of Bremerton, which right now is split across three legislative districts.

One Bremerton council member told the Redistricting Commission that she doesn’t think Bremerton’s residents of color are adequately heard, partly because they’re being blended into legislative districts that are whiter and wealthier.

“Why should the most diverse city within Kitsap County be split within three districts, but other cities within the area have one district?” wrote Bremerton City Councilmember Leslie Daugs, who identifies as Filipino American, in comments to the Redistricting Commission.

With the way the current districts are drawn, Daugs wrote, “I do not feel that I, as a child of immigrants and a member of the AAPI [Asian American Pacific Islander] community feel adequately represented.”

South King County is another area where many people want to see adjustments. The city of Renton, for instance, is split among six legislative districts; the city’s mayor wants to see that change.

Hong, with Redistricting Justice for Washington, said south King County includes many communities of color that are lower income than other parts of the county. He thinks those lower-income communities, including Renton, White Center, the Muckleshoot Reservation and parts of Burien and Auburn, should be grouped together as part of the same congressional district.

Right now, Washington’s 9th Congressional District includes not only Renton and South Seattle, but also Bellevue and Mercer Island, which are wealthier communities east of Seattle.

Next month, each member of the Redistricting Commission will release their proposed changes to the state’s district boundaries. People will then be able to comment on those proposed maps.

At least three of the four commissioners will need to agree on a new set of maps to submit to the Legislature for final approval. If the commissioners don’t agree, the Washington Supreme Court will determine the final shape of the state’s political districts.

The new political boundaries will last for the next 10 years, until a new census is taken and the process begins again. 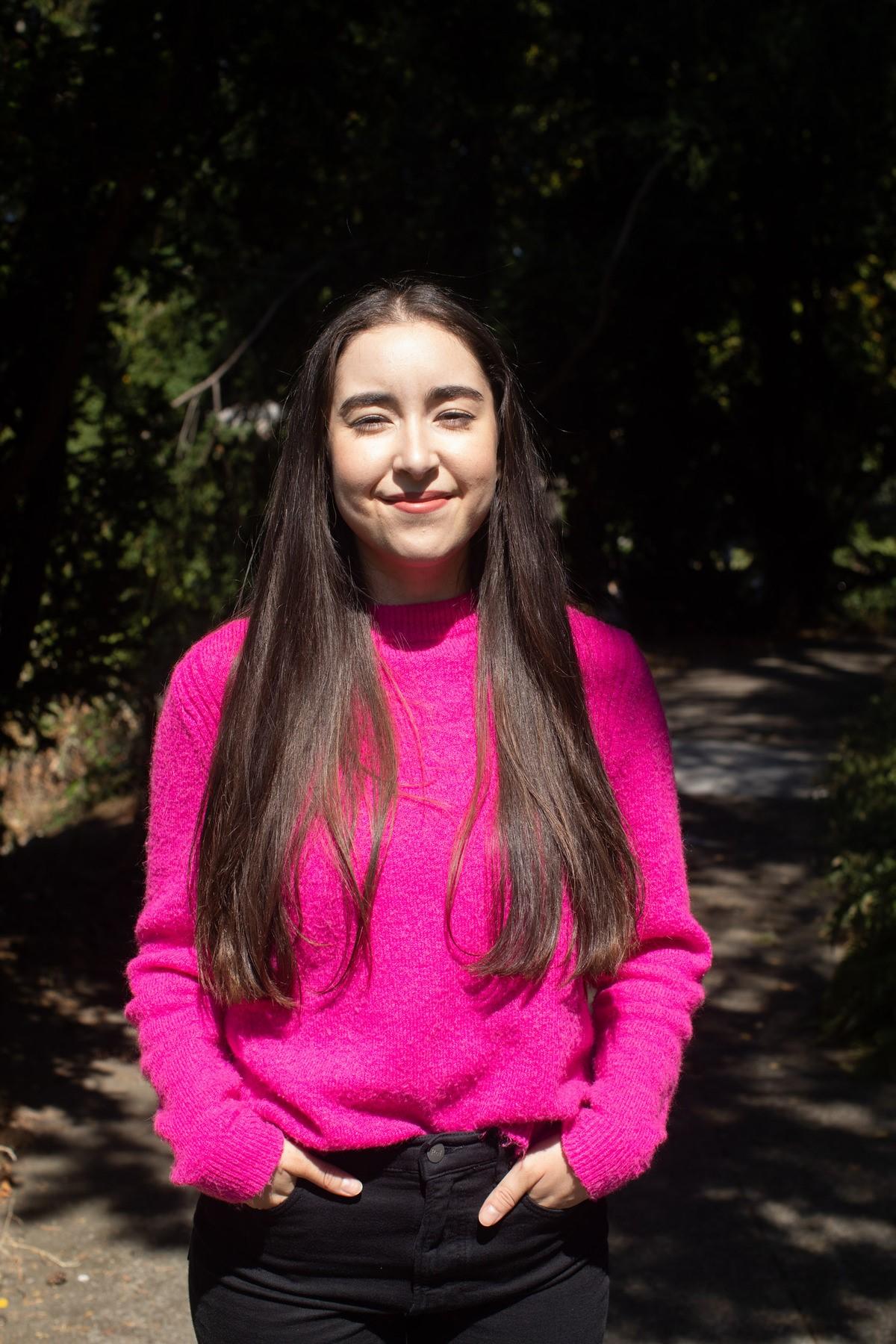 This story has been updated to add that Leslie Daugs sits on the Bremerton City Council.

by / November 19
Inside Crosscut