New laws delay some evictions and provide renters a right to legal counsel. 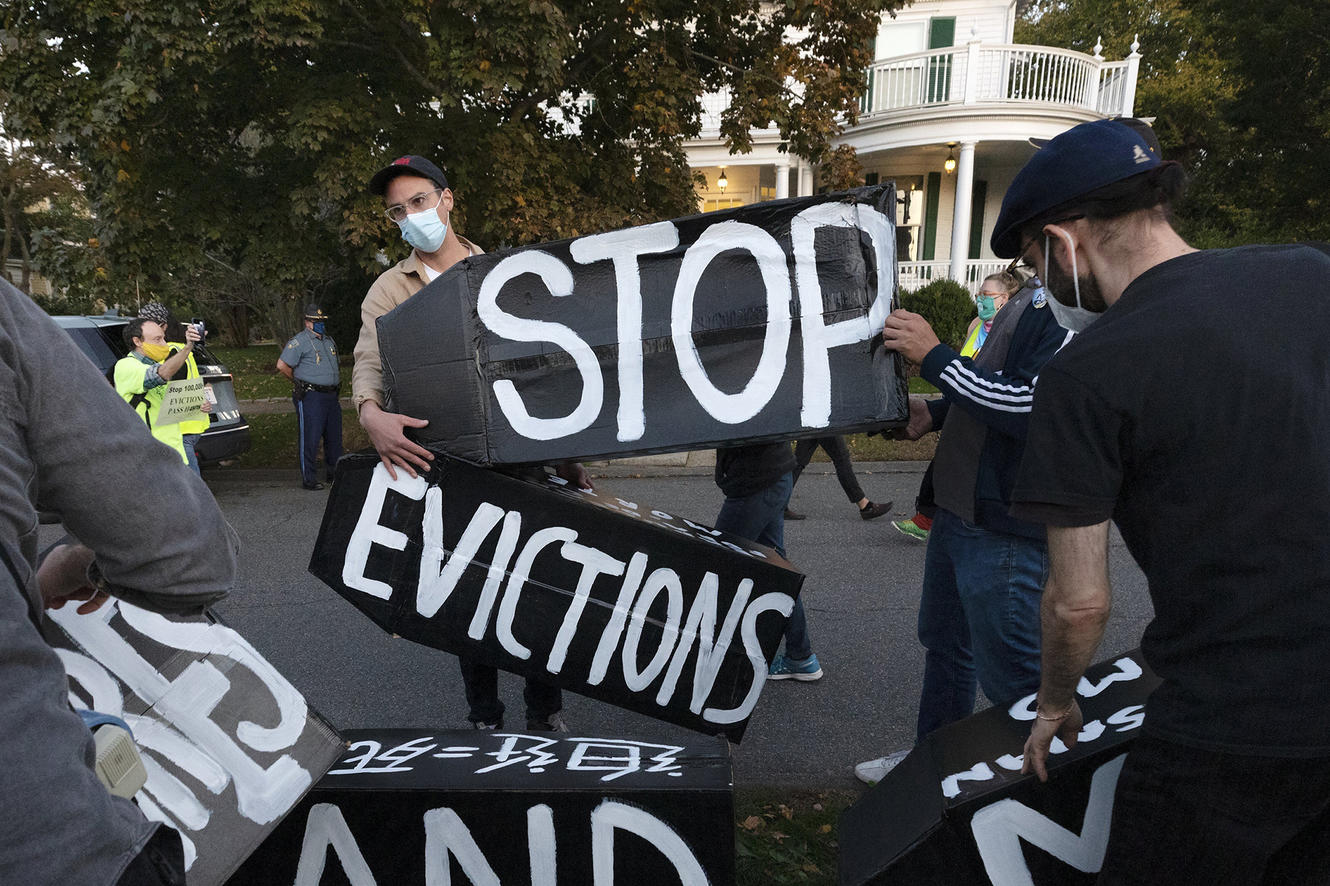 On Feb. 28, Seattle’s COVID-19 residential and commercial eviction moratorium ended. Landlords can, once again, serve their tenants eviction notices for nonpayment of rent, but renters facing eviction still have several city- and state-mandated protections to help them stay in their homes.

Seattle Mayor Bruce Harrell announced the end of the eviction moratorium on Feb. 11, extending it for a final two weeks. Last week, Seattle City Councilmember Kshama Sawant introduced legislation to extend the moratorium until the pandemic was over, but it failed to pass.

Data about how many people have fallen behind on rent in Seattle and King County is spotty at best. According to a recent U.S. Census Bureau survey, nearly 133,000 adults in the Seattle-Tacoma-Bellevue metro area say they are behind on rent or mortgage and do not expect to be able to pay next month.

Advocates say the key to keeping renters in their homes will be another infusion of emergency rental assistance funding.

Evictions are a legal process that plays out in court, and it is up to a judge to grant a landlord the ability to remove a tenant from their home. Seattle renters must show up in court to use the remaining protections against eviction.

Landlord and tenant advocates both agree that for any tenant facing eviction, communication and following the rules will be key.

“If a tenant is unable to pay their rent, the best success they’re going to have is to address that and communicate immediately with their landlord,” said Brett Waller, government affairs director at the Washington Multi-Family Housing Association. “Ultimately the rent remains due. Rent is not canceled.”

Witter also said it’s essential that tenants facing eviction show up to court, which is currently being held remotely over Zoom. If a renter doesn’t show up, the court sides with the landlord by default. According to Witter, a little over half of renters in King County aren’t showing up for their eviction court dates right now.

Ultimately, it’s getting money to pay back rental debt that will keep tenants in their homes. To date, King County’s Eviction Prevention and Rent Assistance Program has distributed $265 million of state and federal funding to more than 31,000 households throughout King County. The average payment has been a little over $11,000 per household.

The county’s emergency rental assistance is available to people making less than 50% of the area median income. For a family of four, 50% of the median is $57,850 per year currently. The program also targets people of color, with numerous reports finding that people of color account for disproportionate numbers of evictions locally and nationally.

The King County eviction program has about $30 million left in the bank. The Washington State Department of Commerce has committed to providing $66 million more to King County for rent relief.

The King County Department of Community and Human Services, which runs the emergency rent relief program, expects to be able to help 8,000 to 9,000 households with those remaining dollars. The department runs a weekly lottery to select qualified applicants.

King County officials expect there will be upwards of 8,000 households that have already applied to the program that will not get help before the money runs out. Because the need for help greatly exceeds existing funding, King County stopped taking new eviction prevention program applications on Feb. 28.

According to United Way of King County, one of the county’s partner organizations helping distribute rent relief, there are at least 3,000 Seattle households left in the eviction prevention applicant pool and about 2,000 of them are likely to receive help.

When Mayor Harrell announced that he was ending the eviction moratorium, he said the city would expedite the distribution of $25 million in state and federal dollars the city already had earmarked for rent relief. United Way received $6 million of that to distribute to Seattle households that applied through the county eviction prevention portal. It expects it can help up to 750 households.

The rest of the city’s $25 million is being distributed by the county’s other community-based organization partners, including Mary’s Place, El Centro de la Raza, Chief Seattle Club, Africatown International and many others. The county partnered with community-based organizations to do in-person outreach for the emergency rent relief program with people who might not have otherwise used the web portal.

The county Department of Community and Human Services said it will direct any additional money it receives to people who have already applied through the portal. If there is an unexpected windfall and the county can  provide money to everyone who’s applied, it will reopen the portal to new applicants.

United Way of King County has launched a service on its website to alert tenants to new financial help if it becomes available.

For most of the thousands of households in Seattle and King County behind on their rent, relief money will likely mean the difference between eviction and staying housed.

“We certainly are concerned about the eviction moratorium being lifted,” said Lauren McGowan, United Way of King County associate vice president. “Now, more than ever, what we really need is to come together as a community to advocate for additional funds.”

Witter worries that with the eviction moratorium lifted, only those with the wherewithal to navigate the judicial system will be able to stay in their homes. “The moratorium created a situation where not only the savvy survive, where those waiting on rental assistance were also protected,” he said.

But for landlords, the end of the moratorium comes as a relief.

“We are excited to have a definitive end date to the eviction moratorium, to allow the regulations that have been passed to take hold and to see an ability to move forward and away from the pandemic,” said Waller of the Washington Multi-Family Housing Association.

The evictions prevention program was slow to get off the ground, but has helped stave off the tsunami of evictions that many advocates feared the pandemic would cause. Leo Flor, director of the county Department of Community and Human Services, worries that as the program winds down and funding runs out, King County might return to the old normal of evictions.

“Before COVID, it was normal in King County to evict more than 4,000 households a year, and those evictions contained really appalling racial, ethnic and gender disproportionality within them,” said Flor. “All the conditions that made that true are still true. We still don’t have enough housing. People still don’t make enough money to afford housing.”

Correction: This article has been updated with the correct amount of rent relief money King County has distributed since the start of the pandemic.