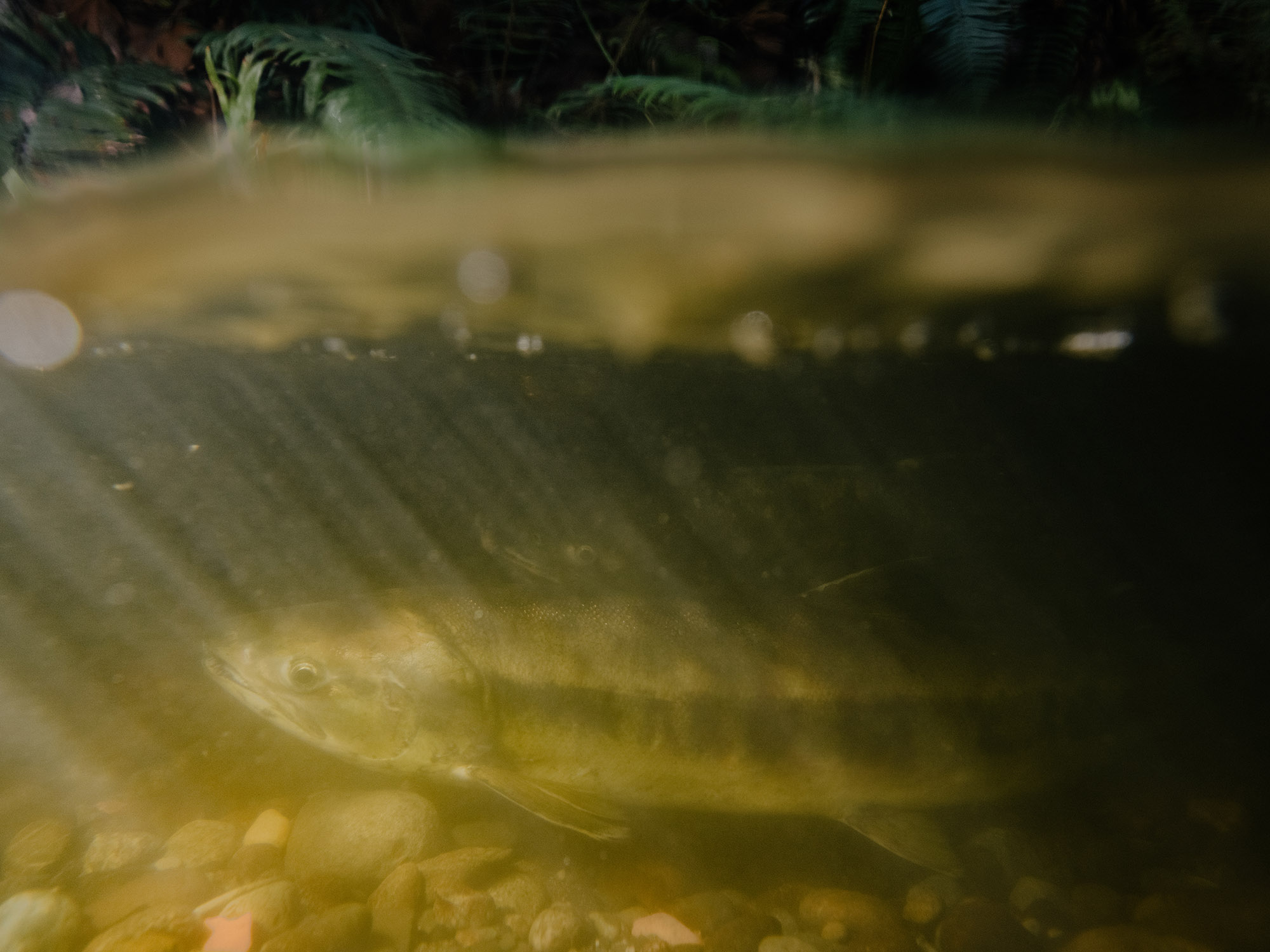 Chum salmon swim upstream to spawn in the waters of Pipers Creek in Carkeek Park on Nov. 10, 2021. Gov. Inslee and Rep. Mary Dye, R-Pomeroy, want to introduce legislation to plant trees along Washington’s rivers and streams to provide shade for migrating salmon. When water temperatures rise above the low 70s, the health of the fish is seriously threatened. “This is a major, major threat,” Inslee said. (Grant Hindsley for Crosscut)

The Washington Legislature has passed some game-changing environmental bills over the past two years.

The nation’s second cap-and-trade bill on industrial carbon emissions. Low-carbon fuel standards. A soft goal of 2030 for the state’s residents to wean themselves from gas-powered vehicles, followed by Gov. Jay Inslee’s mandate that no new gas-powered cars be sold in the state as of 2035.

The upcoming 2023 session, starting Jan. 9, is expected to be less revolutionary, but environmental measures will still be part of the discussion.

“The biggest thing is to focus on implementing the things we said we’re going to do,” said Sen. Joe Nguyễn, D-Seattle, the new chairman of the Senate Energy, Environment & Technology Committee.

Planting shade trees along streams to cool the waters for migrating salmon has bipartisan support. Recycling could be a big issue. Climate change considerations will likely be added to local governments’ land-use planning. And legislators are expected to spend a lot of time divvying up income from the state’s new cap-and-trade law that goes into effect on Jan. 1, 2023.

In 2021, the Democrat-controlled Legislature passed the nation’s second cap-and-trade law — behind California — along party lines. In 2022, the state’s agencies hammered out regulations to put that law into effect.

A yet-to-be-determined number of “allowances” would be set up four times a year and auctioned to smokestack industries. An allowance is a measure of carbon emissions that a facility would be allowed to emit. The first auction is scheduled for Feb. 28. A company would bid on the allowances, which would be made available in batches of 1,000. The first auction will cover 6.185 million allowances with a minimum allowed bid of $22.20 per allowance.

The number of allowances will decrease over time in order to meet 2035 and 2050 decarbonization goals. Companies will be allowed to trade, buy and sell those allowances among themselves.

All bids must be above a certain price level set in advance by the state. The highest bidder would get first crack at the limited number of allowances, the second-highest bidder would get second crack, and so on. The auction ends when the last of the designated number of allowances is bid upon. Then all successful bidders will pay the same price per individual allowance as the lowest successful bid.

These auctions are expected to raise $500 million to $1 billion a year, depending on who is doing the calculating. Democrats and Republicans expect to decide in the upcoming legislative session how to spend that money, said Inslee, Nguyễn, Fitzgibbon, and Rep. Mary Dye, R-Pomeroy, the ranking Republican on the House Environment & Energy Committee.

Other environmental bills expected in the upcoming session include:

· The revival of House Bill 1099, which would add climate considerations to city and county land-use planning. This measure is considered likely to pass in 2023.

The bill, sponsored by Rep. Davina Duerr, D-Bothell, would change Washington’s Growth Management Act, which regulates long-range land-use planning for Washington’s city and county governments. It would require local governments to review — and if needed, revise — their comprehensive plans and development regulations every eight years.

Duerr’s bill would require climate change to be considered in land-use and shoreline planning in the 10 largest of Washington’s 39 counties and in cities of 6,000 or more people. The 10 largest counties cover Puget Sound, Spokane, the Yakima River Valley and the Vancouver area.

Last March, Republicans in the Senate and House used adept parliamentary maneuvering to kill the bill on the final day of the session. 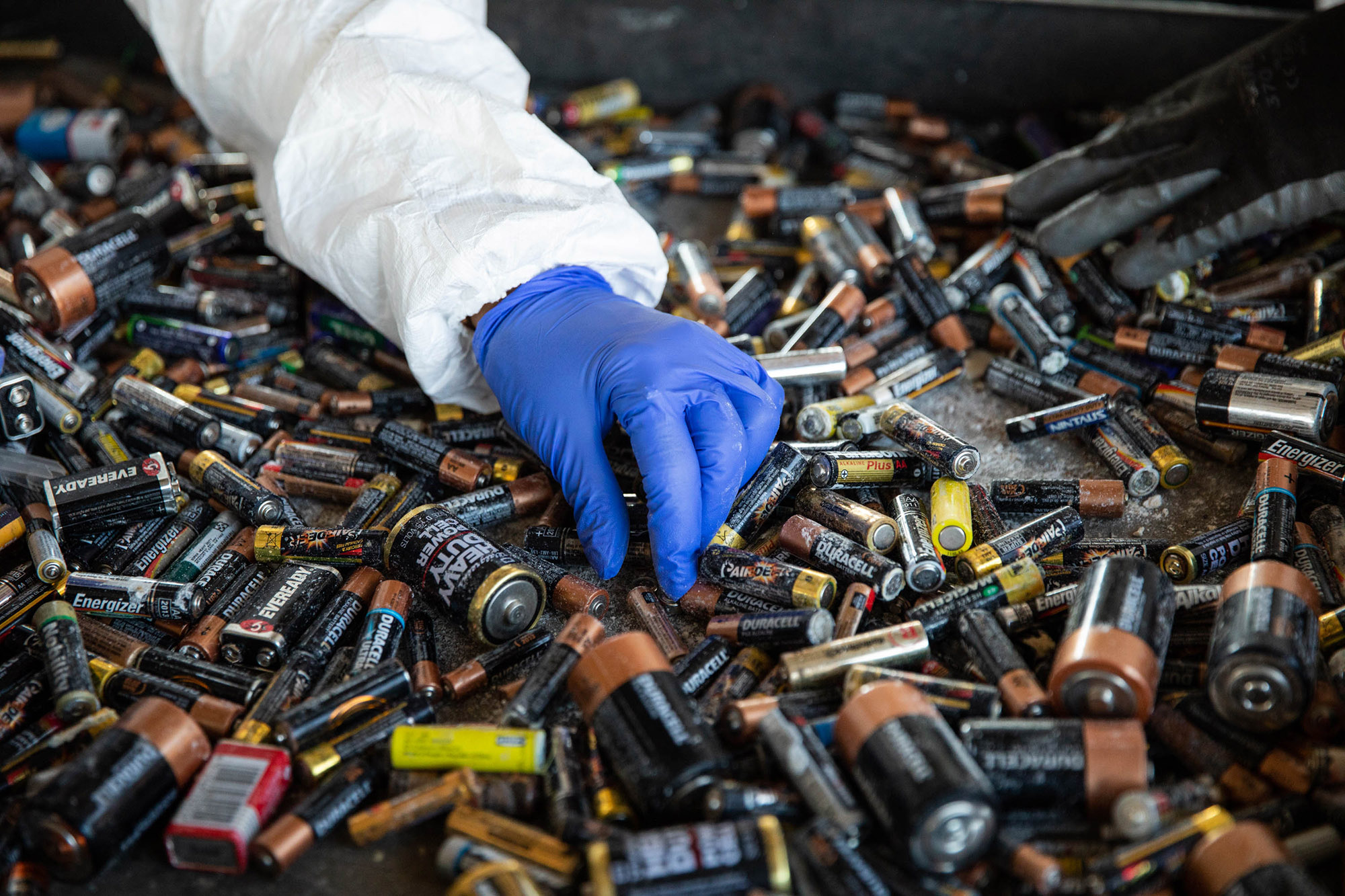 · Nguyễn sees recycling as a major subject of debate in the upcoming session. Trash haulers want to haul as much trash as possible to landfills because they are paid according to the amount they transport, Nguyễn said. Environmentalists will want the greatest possible amount of trash to be recycled.

Nguyễn predicts both sides will lobby hard against each other whenever a recycling bill is introduced.

Meanwhile, Republicans want to introduce a bill regulating the recycling of wind turbine blades and pieces from solar farms. Fitzgibbon said Democrats are open to recycling power industry parts, but wonder why the GOP’s plans don’t include recycling parts from natural gas plants and hydroelectric dams.

Both sides speculate that the disposal and recycling of batteries will surface in this session.

· Inslee and Dye want to introduce legislation to plant a massive number of trees along Washington’s rivers and streams to provide shade for migrating salmon. When water temperatures rise above the low 70s, the health of the fish are seriously threatened. “This is a major, major threat,” Inslee said.

The concept of cooling streams with shady trees has been around for decades. But Inslee and Dye say this idea needs to be executed much more extensively than in previous proposals. Both speculated that cap-and-trade money could be used for this purpose.

· In the 2022 session, House Republicans introduced House Bill 1822 to allocate some cap-and-trade revenue to create an Office of Puget Sound Water Quality to provide help and supervision to municipal sewage treatment plants to decrease the amount of nitrogen-laden nutrients dumped into the Sound. These nutrients starve fish of the oxygen they need. The bill never made it out of the House Environment & Energy Committee in 2022. Dye plans to revive the bill this session.

However, Inslee and Fitzgibbon believe boosting hybrids is an inadequate step in the state’s push to switch to a predominately electric-vehicle culture. “Hybrid vehicles were a great solution for lowering emissions 20 years ago. But we need to be moving faster in reducing emissions and focus limited incentive dollars on truly clean vehicles,” Fitzgibbon said.

Washington has two targets regarding gas-powered cars. In its 2022 session, the Legislature set a target of 2030 to encourage state residents to wean themselves from gas-powered vehicles. This is not a mandate, but a goal to strive for. On Aug. 24, Inslee announced a mandate that no new gas-powered cars would be sold in Washington beginning in 2035. Used gas cars will be allowed to be sold after that date.

· Senate Republicans want to introduce legislation to suspend the cap-and-trade program if gas prices get too high for too long. Democratic leaders say this bill doesn’t have a chance of getting out of committee. Senate Republicans also plan to introduce a bill to track the effect of the state’s new low-carbon fuel standard on gasoline prices. Nguyễn said such tracking is already in the existing low-carbon fuel standards law.

· Duerr has introduced House Bill 1078 to create “tree banks.” The proposal would respond to trees being cut down by developers and provide designated areas where replacement trees could be planted.