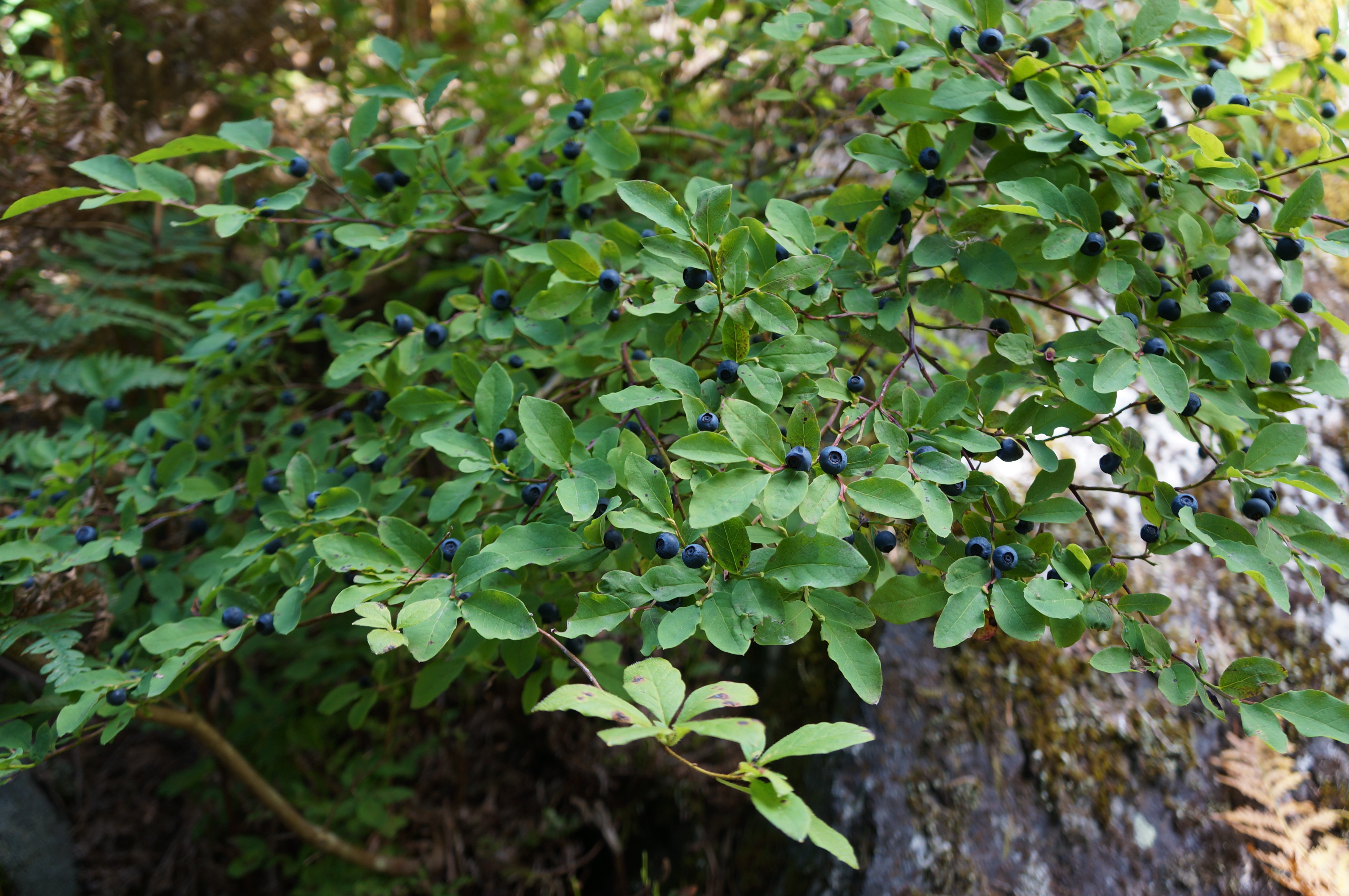 Despite his attempts, Nathan Tarlyn is a frustrated huckleberry picker. He ventures out, looking for the wild berry that's treasured throughout the Pacific Northwest, but often comes up short, finding only bushes that are picked over.

He’d have more luck if he looked deeper in the woods — or if someone shared their secret trove. But that’s not likely to happen. No one shares that kind of secret.

“When someone has a huckleberry patch, they’re very guarded about it,” he says. That’s for a good reason. Amid the growing commercial appeal of huckleberries and their shrinking habitat, more people are competing for fewer berries each year.

Huckleberries are completely wild — they won’t be found lined up in rows on farms like their tamed cousin, the blueberry. Instead, thousands of people appear in the mountains of the Pacific Northwest each year, armed with buckets and permits, looking to cash in on a berry crop that retails for upward of $10 per pound.

Previous attempts have failed because wild huckleberries’ dependence on their ecosystem makes them notoriously hard to grow anywhere else. But Tarlyn works in a lab known for its deep dives into plant genomes that wind up solving major problems in the world of tree fruit, and the huckleberry puzzle caught researchers’ attention. Three years after he introduced the challenge, a set of huckleberry plants growing in a campus greenhouse produced fruit — a process that takes closer to seven years in the wild. Researchers estimate that within another year, the first domesticated variety will be ready.

Hidden Acres Orchard in Mead relies on a handful of huckleberry-picking families for its annual stock of products, from apple butter to vinegar. Nick Simchuk, the third-generation to run the family operation north of Spokane, needs about 900 gallons this year to fuel part of an enterprise that sounds like a catalog of regional staples: asparagus, mushrooms, berries of all kinds, cherries, apples and pears, among others. Huckleberries, in particular, attract tourists.

“There’s a big demand because they’re just a Northwest thing,” he says. “I could sell endless amounts of it.”

Two weeks into the commercial-picking season that opened Aug. 8, Gifford Pinchot National Forest had issued 753 permits — smashing the total from last year, when the drought brought berries too early, and doubling the total from 10 years ago.

Picking and selling berries has brought crowds to the mountains for decades, and it has been a continual cause of conflict between groups using the forest. Native Americans have rights to forage on national forest land, and huckleberries are a sacred food that remain an important part of several tribes’ traditions and ceremonies. When the Depression brought an influx of pickers, Gifford Pinchot National Forest officials reached an agreement with the Yakama Tribe, setting aside a certain berry patch for exclusive Native American use. But not everyone follows the rule.

“The Forest Service is in this position of honoring our obligations with various tribes and trying to meet the needs of the public on this forest,” says Tracy Calizon, tribal liaison with the service.

In 2005, the forest established a commercial-picking season that starts the second Monday in August with the particular goal of ensuring Native American tribes have space to pick huckleberries “relatively undisturbed by commercial pickers.”

Still, there are simply fewer berries now than there used to be because huckleberries haven’t thrived under Forest Service management practices. Native Americans used fire to clear out brush, giving the fruit the right amount of shade and sunlight to boost berry production. Now, more than 100 years of fire suppression has allowed areas to overgrow with trees, says Joe Gates, a forester at Gifford Pinchot. Lucky for the plant, it’s resilient, even in the shade. But that doesn’t mean it produces berries in the same abundance.

“We’re trying to get some of those areas back,” Gates says.

Ten years ago, reports raised hopes that a University of Idaho researcher was close to successfully breeding a domesticated plant. But a few years later, budget cuts closed the lab and ended the project. When Tarlyn proposed experimenting with huckleberries, the head of the WSU lab, Amit Dhingra, couldn’t resist.

“He says, ‘No one is doing this.’ That was a key enough point for me to get started on it,” Dhingra says.

The lab began with tissue cultures from wild huckleberry plants Tarlyn bought at a wild plant store. Normally, it would take years for those cuttings to reach maturity, but a previous breakthrough by Dhingra’s lab altered the timeline. They pioneered a method for propagating plants five times faster than traditional nurseries using a soil-free, nutrient-rich medium. The method formed the basis for a company called Phytelligence, which grows species of fruit trees in staggering numbers. Most importantly, it relieved a bottleneck in the orchard industry, which wants millions of trees ready to plant whenever a new rootstock or variety is available. Phytelligence can work on that scale and cut the usual three to five year timeline almost in half.

Step by step, the lab saw success with huckleberries: With the right soil mix, plants survived in the greenhouse, where researchers could manipulate the conditions to speed up growth. To get berries this year, Tarlyn put blueberry plants in the greenhouse and released bumblebees for pollination. The unorthodox method worked, and now they’re germinating new huckleberry seeds to see what traits the crosses will have that may lead to an attractive variety later.

“Our goal is to have the productivity of a blueberry and the quality of a wild huckleberry,” Dhingra says.

To certain commercial pickers, domestication looks like liberation. They aren’t all enthralled with the annual trip to the mountains. Late last week, Simchuk had only 30 of the 900 gallons he needs and he was starting to get nervous. He’s kept an eye on news about huckleberry research over the years, knowing domestication would be a boon for his business.

It may not be so welcome by people who don’t have land to plant huckleberries, says Tom LaMonte, who owns Northwest Wild Foods with his dad in Burlington, selling frozen berries and other huckleberry-flavored foods. Because his family has land, a domesticated variety looks like a way to get ahead. He has no doubt they’d have customers.

“A lot of industrial customers out there shy away from [huckleberries] because the price is so high,” he says.

LaMonte and Simchuck know the appeal of wild berries won’t go away. Customers who prefer the wild variety could still get them, but it would reduce the overall dependence on wild supplies.

“I don’t think it would kill the wild market. There’s an endless market for huckleberries,” Simchuk says.

Dhingra sees that, too. For a scientist, he focuses a lot of attention on the tangible impact of his research. He formed Phytelligence to overcome a real barrier. Now, he’s eager to partner with farmers to deliver domesticated huckleberries as quickly as possible.