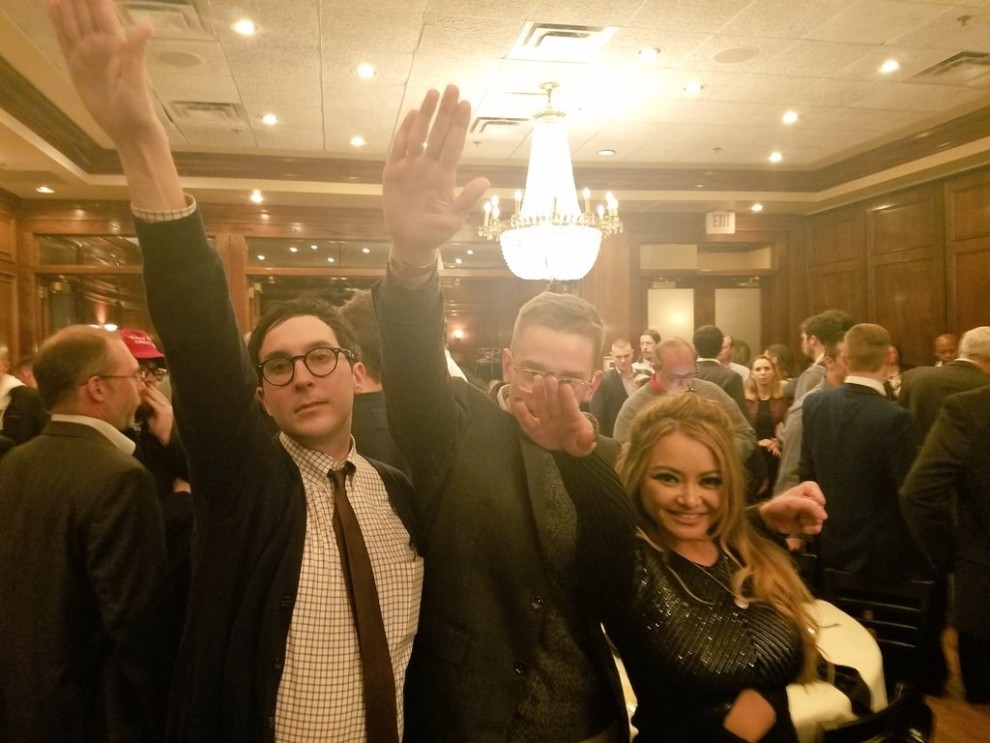 Since the presidential election Nov. 8, there has been much discussion of the “f” word, as President-elect Donald Trump and some of his advisors and supporters have drawn scrutiny for their “fascist” leanings. Stephen Bannon, Trump’s chief strategist, is a well-known white nationalist. Members of the so-called “alt-right” gave the Nazi salute after a meeting in Washington, D.C. The Klu Klux Klan planned a Trump victory parade.

The parallels between Trump and Adolph Hitler and Benito Mussolini get stronger with each news cycle. Internment of Muslims, taking citizenship away from flag burners, claims of rigged elections, intimidating journalists, prosecuting political opponents — it's an endless stream of ideas that flows easily from a totalitarian mindset.

We have faced some of this before. For much of the last year, I have been researching stories about the far right in the Pacific Northwest during the 1930s and early 1940s. And while our current circumstances are fluid, and unique, there are lessons we can learn from a time when we had to deal with fascism both here and abroad.

For starters, we can learn how to recognize it. The last time fascism came knocking, some Americans tried to ignore it. Others were clueless. Much of the mainstream media of the time spent the ‘30s “normalizing” the so-called New Germany. But a few people made a difference by paying attention and pushing back. These were often people with the most to lose.

Early in the Nazi regime, mainstream Americans did not see Hitler as a particular threat. Newspapers regularly excused or dismissed Hitler’s excesses and rhetoric regarding Jews. The Seattle Times, for example, proclaimed in 1933 that organized anti-Semitism did not exist in Germany, and never would. The Times was not alone.

But as Hitler rose to power in Germany, Americans evolved their own homegrown fascist movements, embracing Hitler and Mussolini in style and substance. Members of the Silver Shirt Legion, strong in the Pacific Northwest, saw themselves as American Brown Shirts. The 25,000-member German-American Bund, a legion of fans of Hitler’s “New Germany,” mimicked the Nazis: They wore swastikas, sponsored Aryan youth camps, held rallies on Hitler’s birthday and “sieg heiled” and “Horst Wesseled” to the Nazi flag. It turned out that they were deeply tied to the Nazis themselves, and receiving not only encouragement, but also instructions, from Berlin.

A onetime Seattle area resident, Ernst Vennekohl, later head of the Portland, Oregon, Bund, left town to take part in the Germans' program to cultivate Nazi activities in North America. As the 1930s progressed and the American public began to worry about the Nazis, the Bund supporters attempted to rebrand their organization as a hyper “patriotic” group. They began to downplay Nazi paraphernalia for images of George Washington and Old Glory.

But there were people acutely attuned to what was happening overseas, and by extension in our own backyard. The regional chapter of the Anti-Defamation League of B’nai B’rith was based in Portland at that time. Papers of that organization, now at the Oregon Historical Society and University of Washington, reveal that members kept extensive files on right wing groups, and had informants attending Bund and other far-right meetings. They even tracked the license plate numbers of attendees. The group communicated its concerns to law enforcement, and in some cases directly confronted individuals known to be spreading anti-Semitism. They worked hard to spread the truth about Germany and correct outrageous propaganda spread here through speeches, pamphlets and short-wave radio broadcasts.

In Seattle, the Jewish Transcript newspaper covered and offered commentary on pro-Nazi activities and anti-Nazi demonstrations far more than the local daily newspapers. The Transcript regularly included eyewitness reports from Americans who had visited Germany and brought back first-hand accounts not filtered by the Nazi media machine that proved so effective at diverting and bamboozling the U.S. media. In retrospect, if you want the most insightful and accurate warnings on the rise of Nazism and fascism, the Jewish press and far left and labor newspapers, dismissed by many as being biased, were often the most accurate.

By the late ’30s, as U.S. involvement in the war seemed more likely, anti-Nazis managed to get the U.S. government to take the internal threat more seriously. Congress added fascists to communists as those worthy of Congressional scrutiny, and President Franklin D. Roosevelt gave the FBI a green light to monitor internal fascist activities. The government pursued criminal charges for fraud or financial mismanagement against groups like the Silver Shirts and the Bund. If nothing else, such actions hampered the groups’ leadership. The FBI tracked bundists and pro-Hitler ideologues, and immediately after Pearl Harbor, many were arrested and detained, some deported and interned.

Today, Trump not only echoes some of these early fascists, but he also seems to be considering some of the worst examples of the American response. His proposal to register Muslims has been supported by at least one prominent backer who cited the internment of the Japanese during the war. Trump has pointed out that people think FDR was a great president even though he ordered the Japanese internment, implying that such measures should be forgiven by a president like himself. But while the Supreme Court found internment to be constitutional, the federal government has since repudiated the practice, apologized and paid reparations.

In another echo of the WWII era, Trump recently called for American flag burners to be stripped of their citizenship. During the war, the government sought to do the same to Nazi sympathizers — and before the war to some communists — but Supreme Court decisions made during the war strengthened the rights of citizens to hold even odious beliefs. In other words, American fascists and flag-burners both deserve the protection of the law.

What does this history tell us about how to respond today? Here are my takeaways.